located in the center of santa coloma de cervelló, a town close to barcelona, spain, rests a 390 square meter semi-detached dwelling by spanish practice CAVAA arquitectes. built for two families on a former orchard, the program called for similar objectives, such as a living space, kitchen, dining area, children study, games room, master ensuite and garage. the only difference was the request for extra soundproofing to allow the client to perform music without disturbing their adjacent neighbor.

the exterior emerges as a single volume with offsetting features to create an asymmetrical facade. a central courtyard is positioned to separate the homes which also acts as a skylight and chimney to allow natural light and ventilation into the separate dwellings. the interior activities are positioned to take advantage of the outdoor areas found on the ground level. the living and games-rooms are directly linked to the south-facing garden creating a physical and visual axis for the building. the cement exteriors are detailed with ceramic lattices to filter the light and solar radiation which are painted white to create a single tectonic appearance. 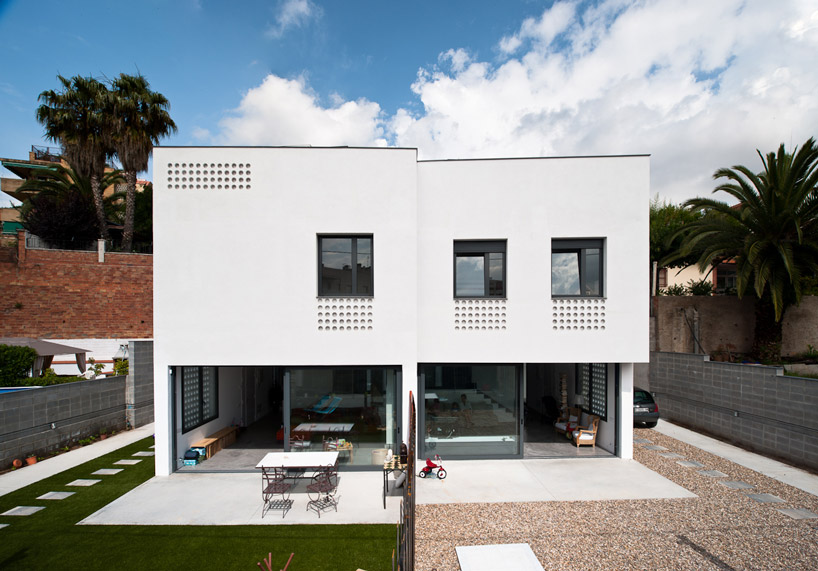 yard and driveway entry separated by a fenceimage © filippo poli 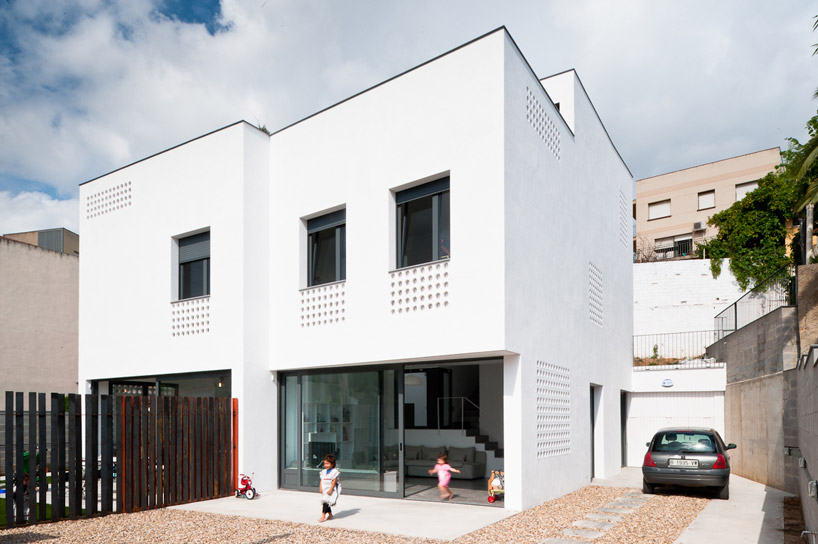 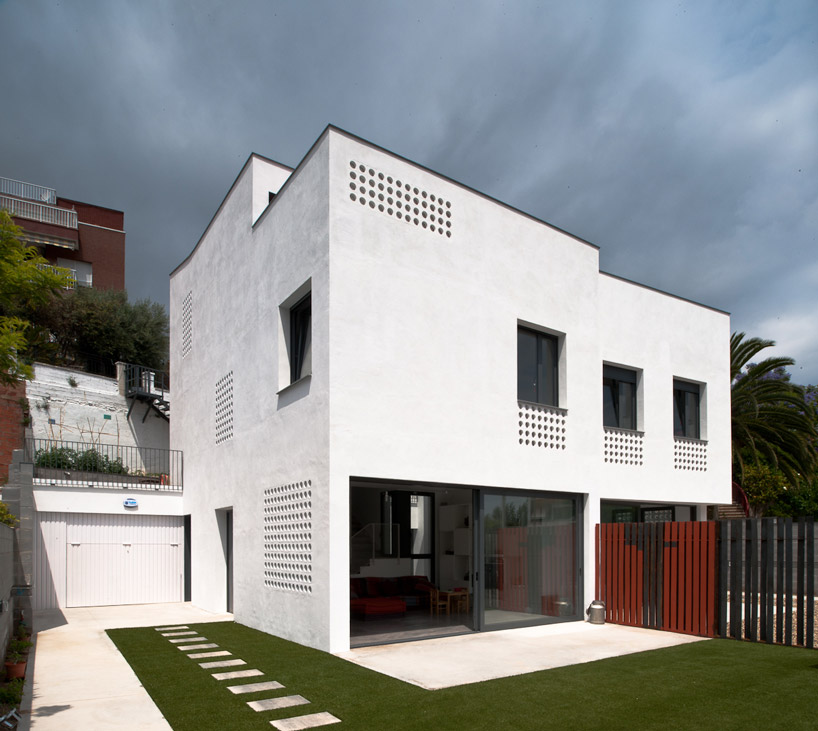 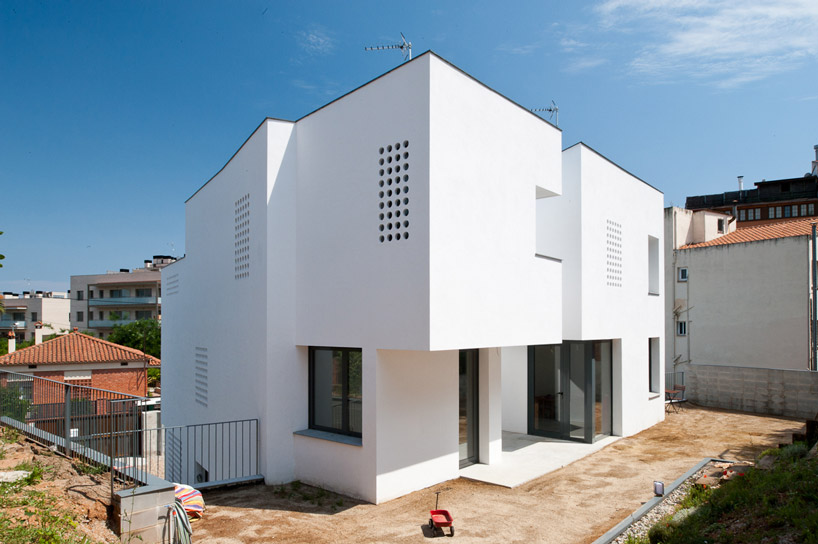 separation of the dwellings through an open enclosureimage © filippo poli 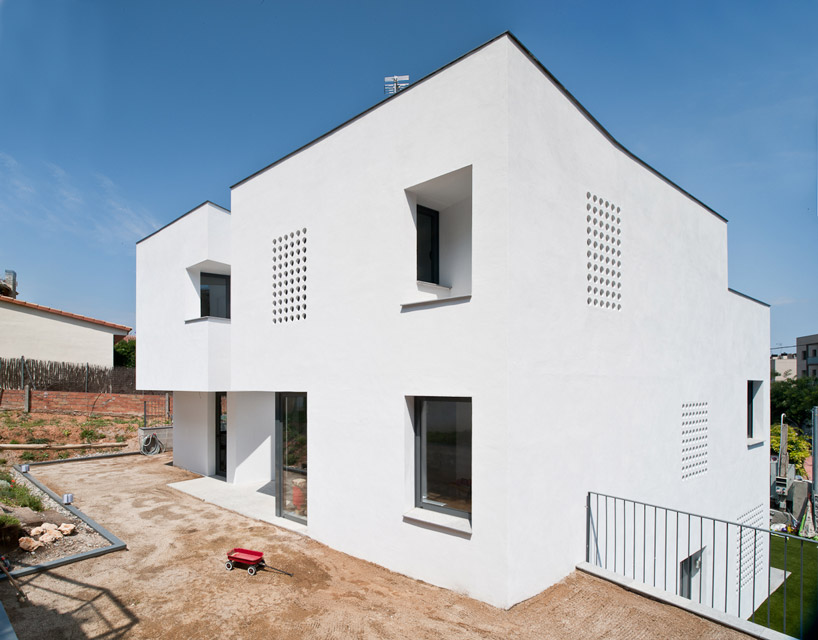 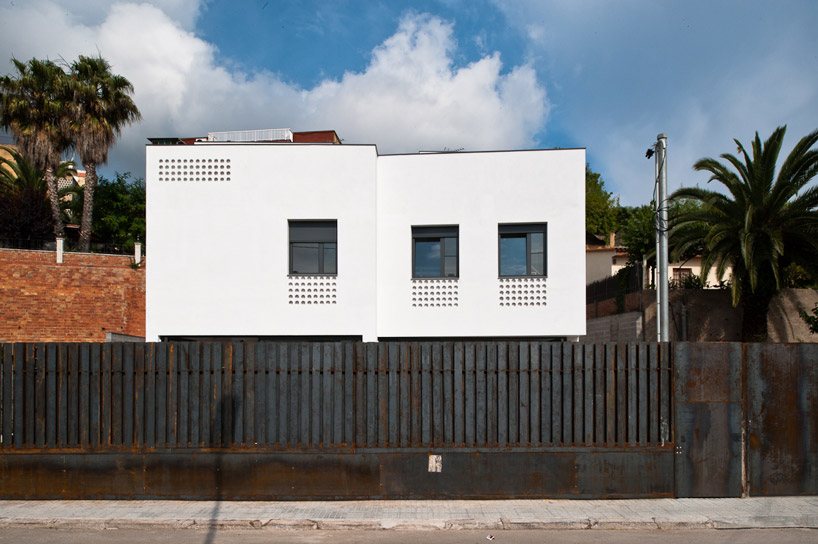 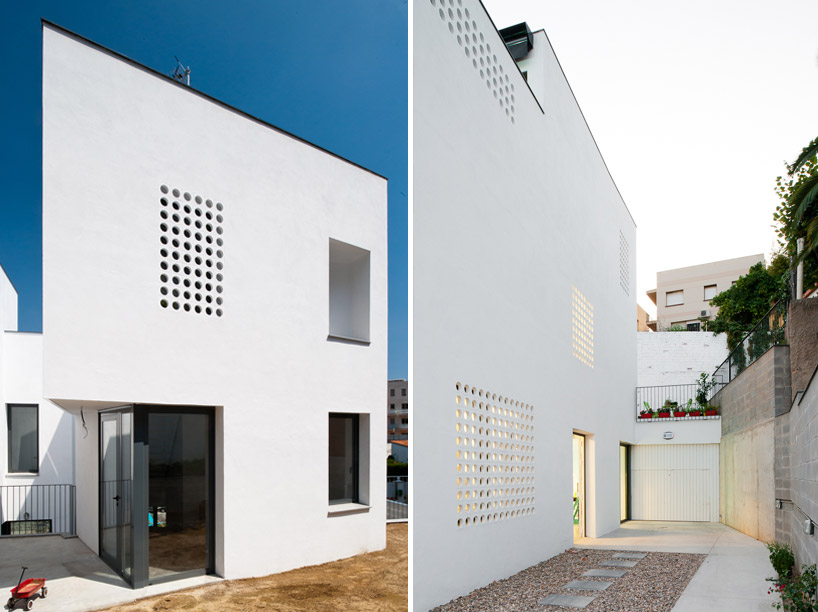 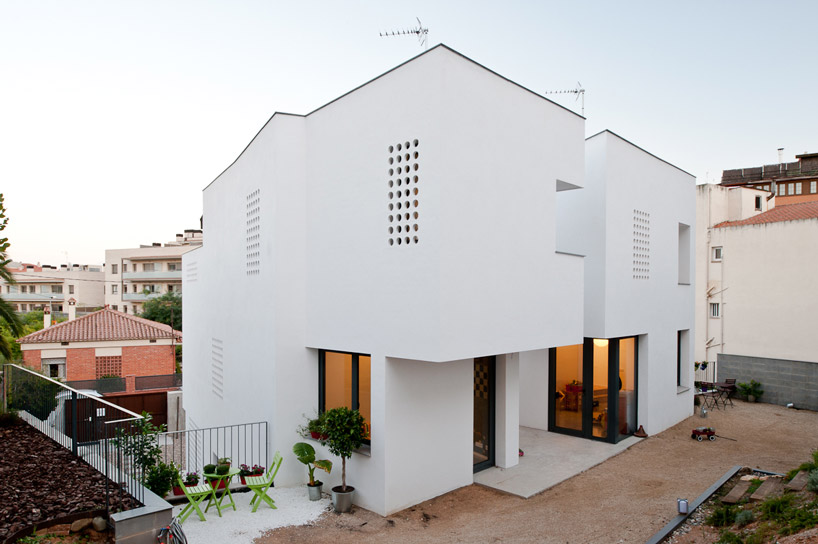 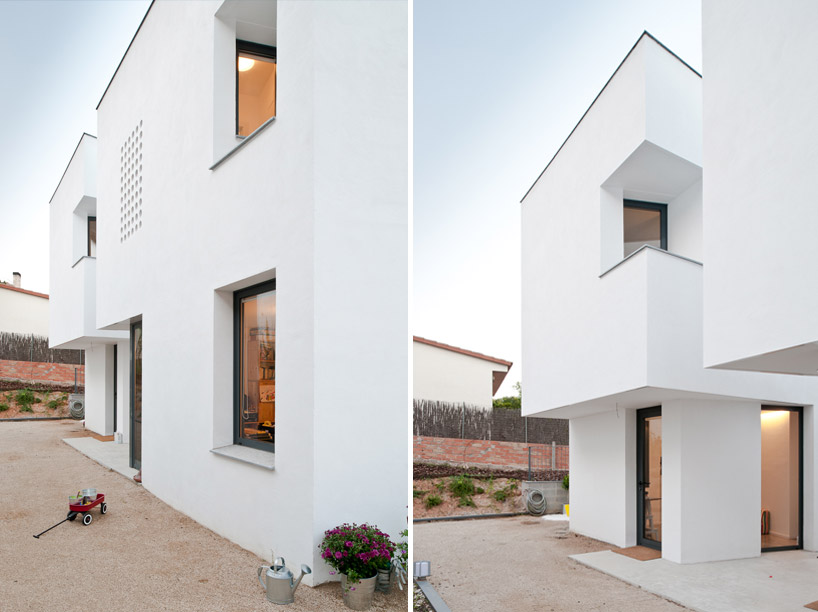 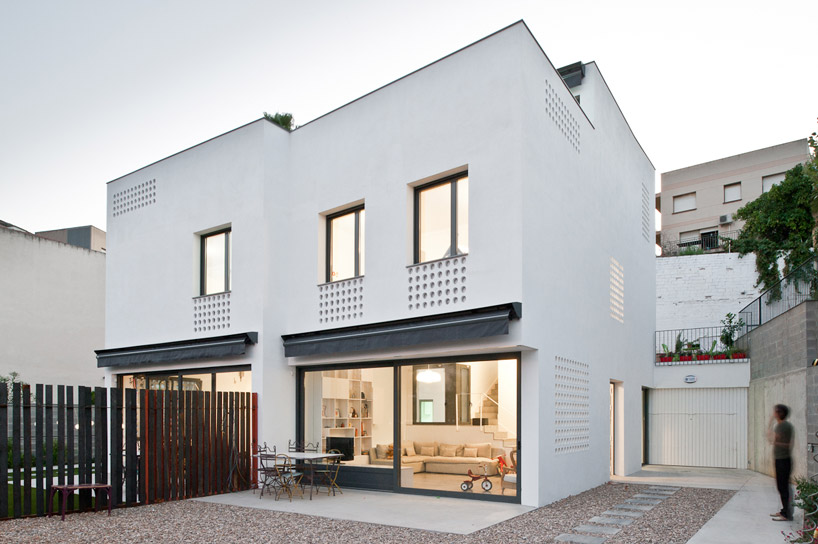 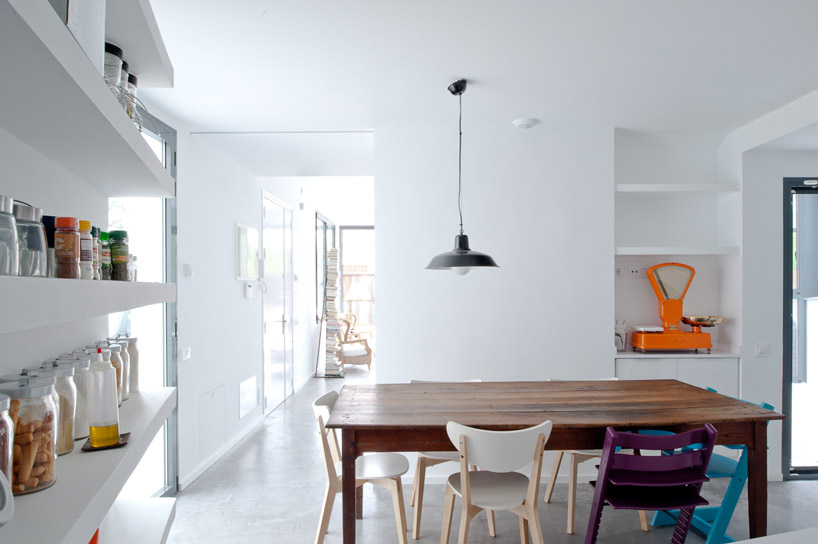 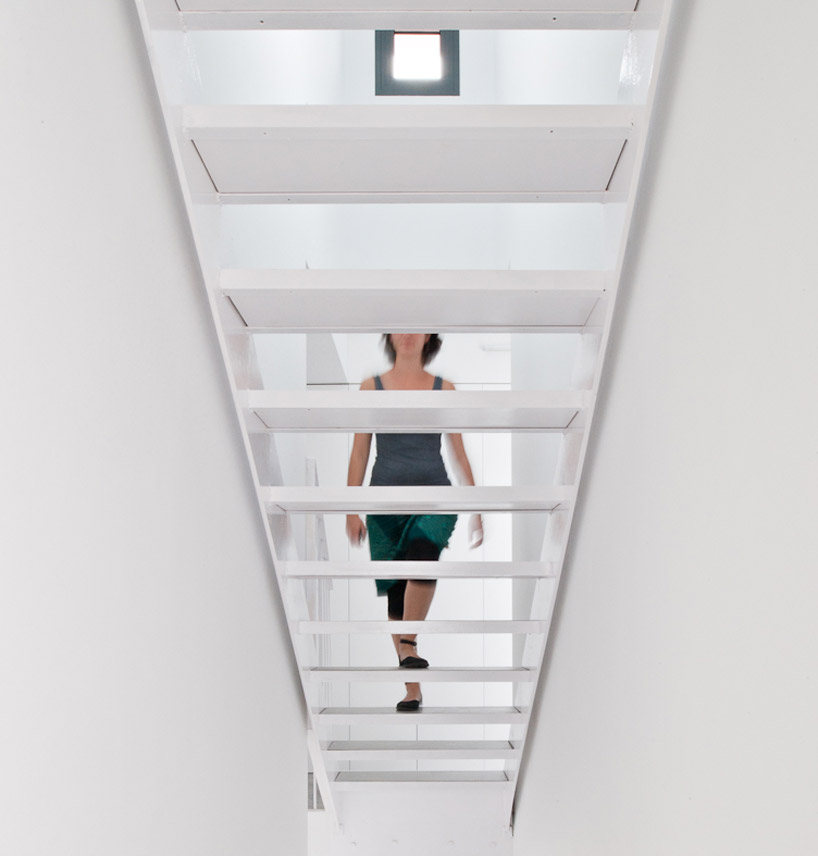 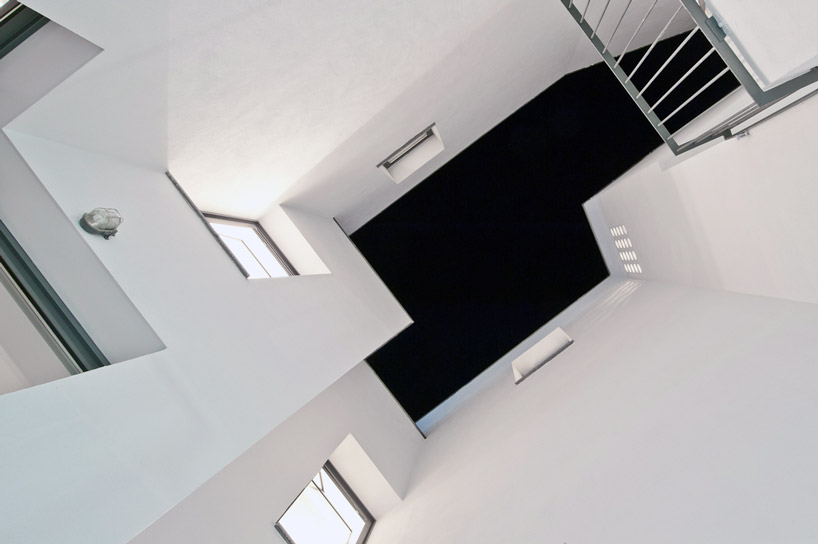 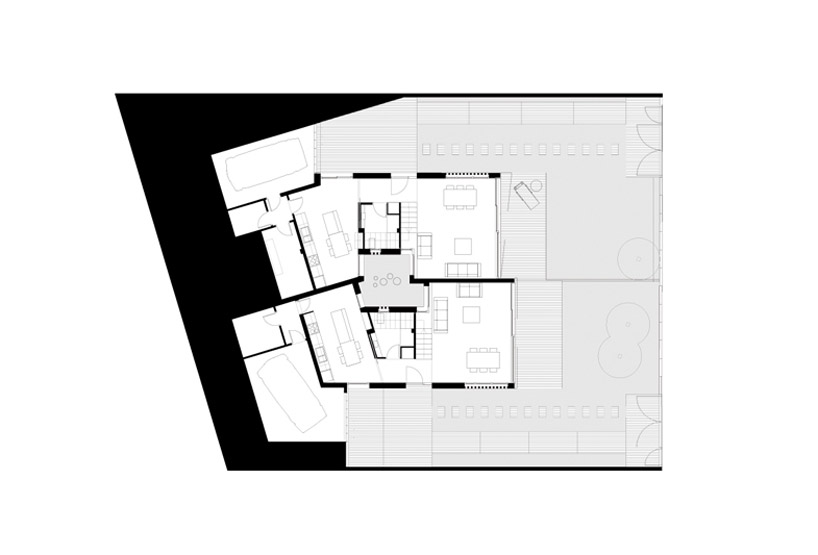 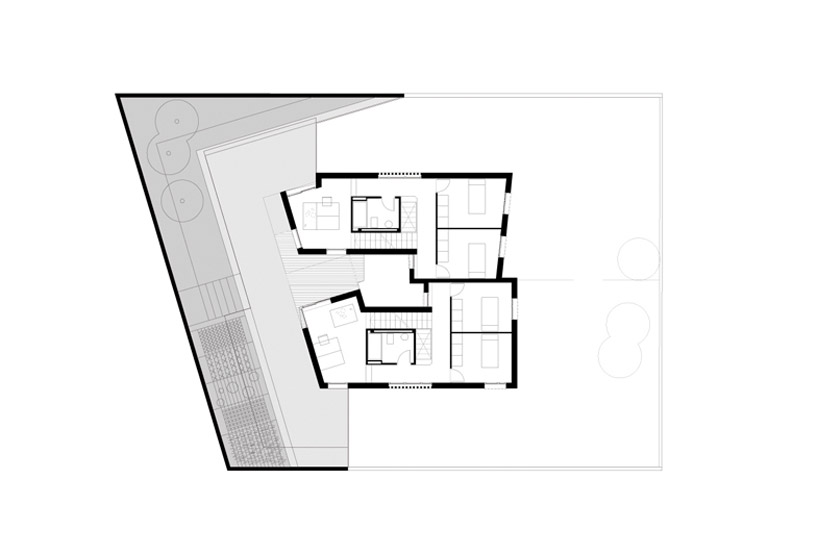 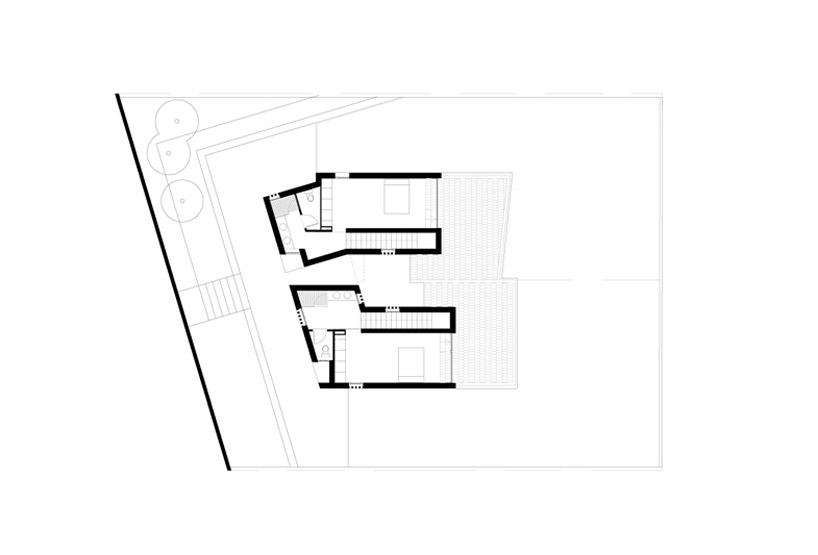