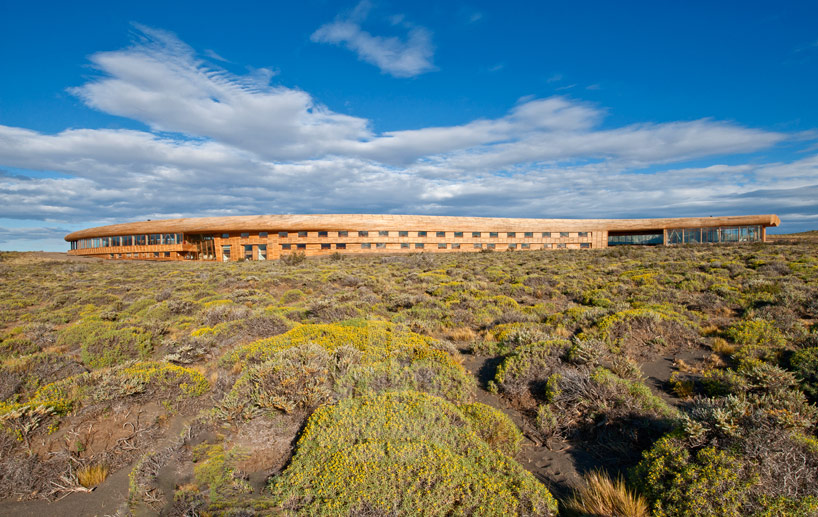 cazú zegers arquitectura have developed ‘tierra patagonia hotel’ a resort located at the entrance of chile’s torres del paine national park. the structure sits on the shore of lake sarmiento, which in turn provides a stage for the rugged paine massif mountain range behind. 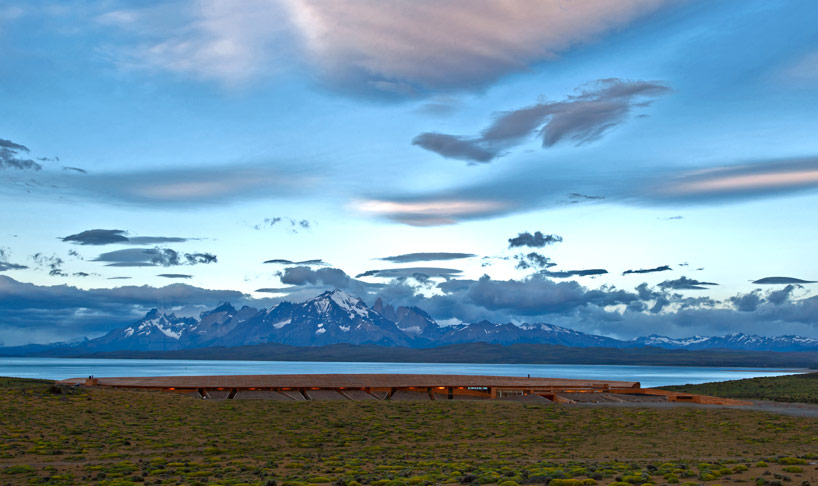 the project appears to emerge topographically from the ground, a horizontal volume rather than a vertical form, which would instead distract from the natural environment. it was agreed that the massif had to remain the focal point of the region. 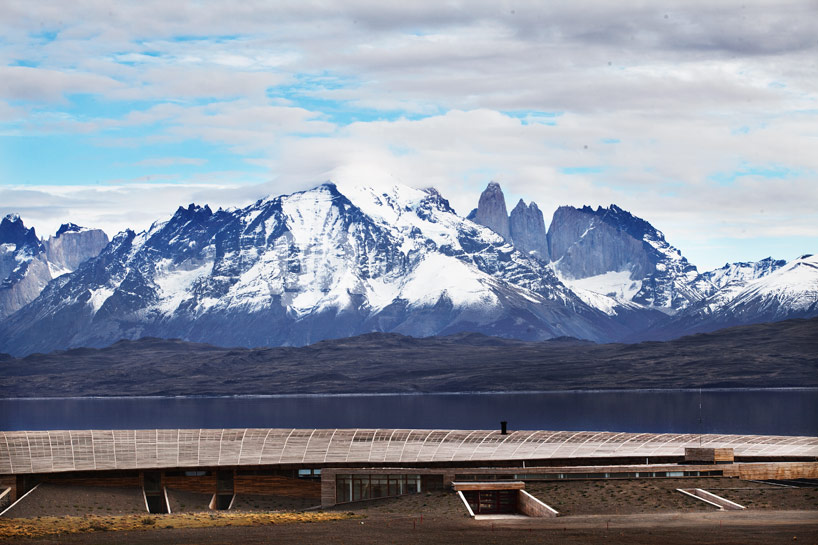 as much of the landscape in this region has been physically shaped by the wind, cazú zegers arquitectura constructed the hotel to seem as just another dune, formed by nature, which would also be reminiscent of a fossil found on the shore. 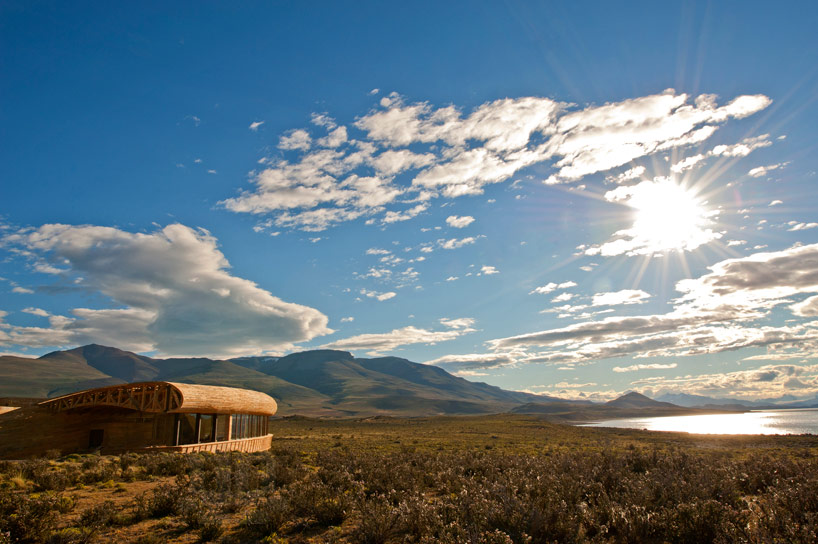 completely clad in washed lenga wood, the exterior will age with a silvery sheen to give the appearance of an old timber house, worn away by winter.

internally the brief called for warm, intimate spaces, linked with internal pathways and corridors, which would starkly contrast the resort’s surroundings. 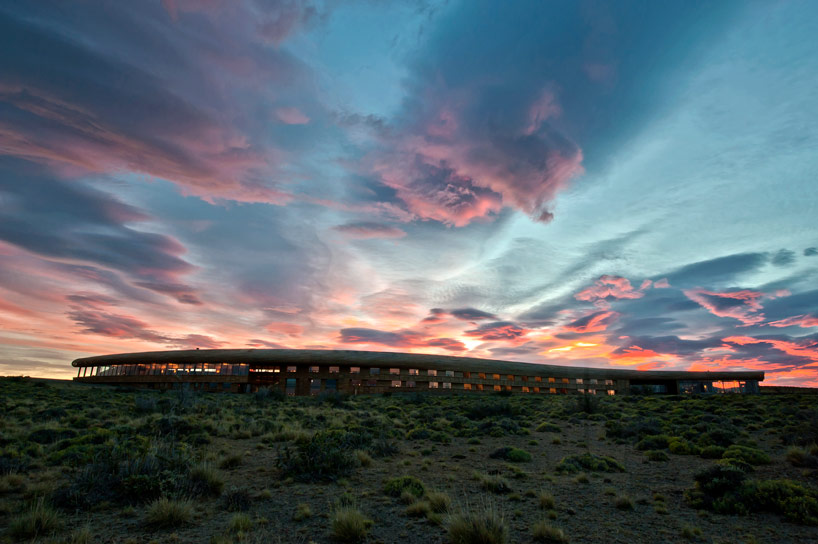 the design’s natural forms seek to merge the structure with the landscape, without interrupting or demystifying it, ensuring that the building remains as unobtrusive as possible. 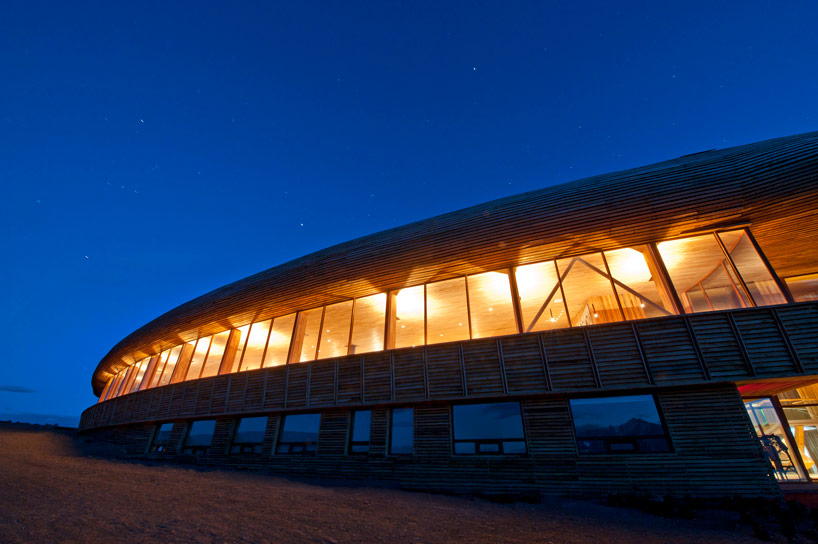 the entrance of building at night
photo by pia vergara 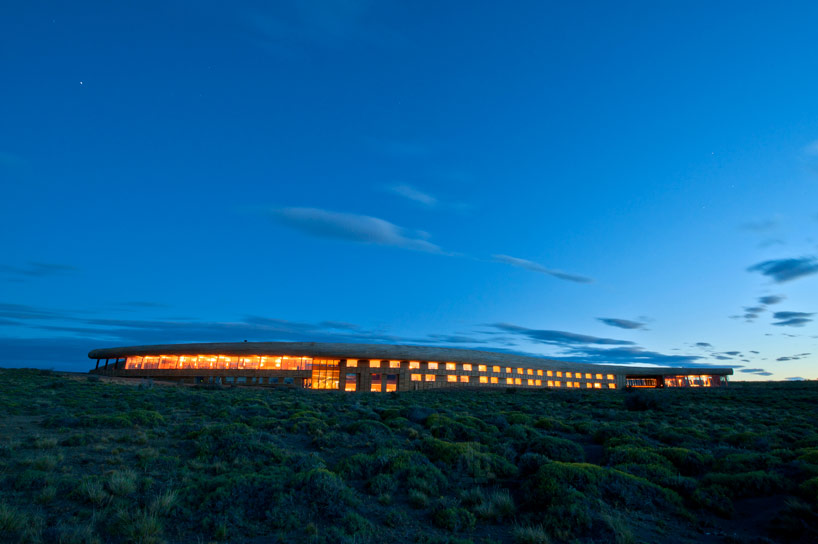 swimming pool looking out over the landscape
photo by pia vergara

views of the paine massif
photo by pia vergara

the pool
photo by pia vergara

sectional drawings relating to the floorplans

concept sketch highlighting the building's relationship with the landscape 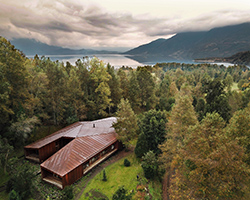 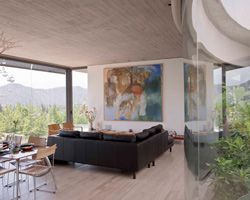 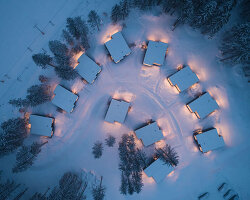 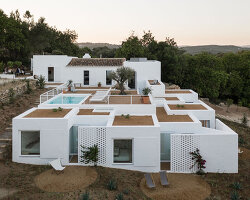 Mar 15, 2021
atelier rua builds a terraced landscape along the roof of its casa um 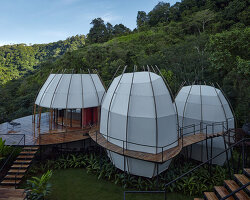 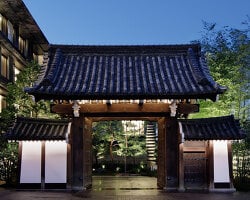 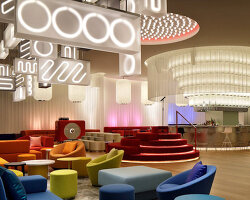 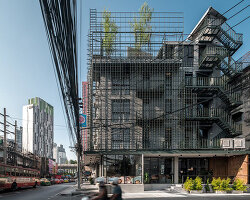