when designing the cabin sited in the 5.900-acre noorderpark in the netherlands, cc-studio wanted to provide a warm and dry escape for the volunteers that work there. the new 35 square meter dwelling replaces a 1966 cottage that was used for shelter and storage, and was built without a permit as it kept a similar size and function. hidden in the forest and covered by lush foliage, the volume has been shaped so that it reveals its presence only at the very last moment when approaching it. two large sliding doors open up the entire corner of the building, blending the interior with the surrounding open space, a little green meadow. 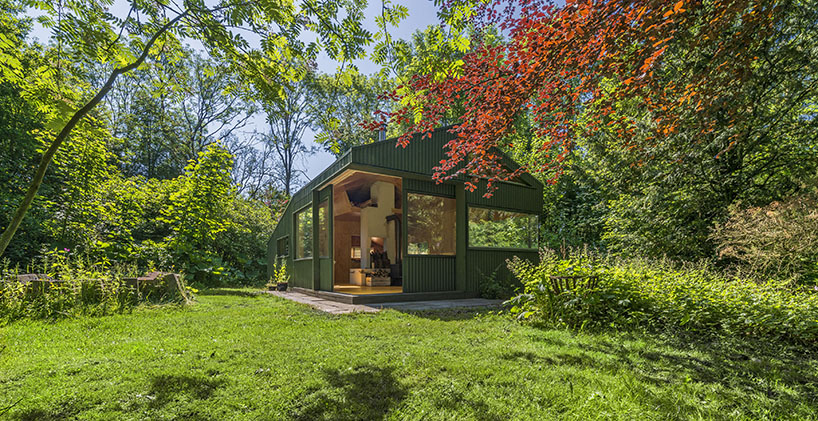 exposure is controllable by moving the sliding doors

with neither running water nor electricity, local firewood is used to fuel the kitchen and fireplace. a sculptural hearth acts as the heart of it, with a program that includes a storage room, washroom, and eating space. the fireplace also supports a folding aluminum-clad roof structure, which creates a protective yet open canopy that blends into the surrounding flora. the architecture of the cabin complements the pastoral elegance of the park, that you can almost picture henry david thoreau writing walden here. 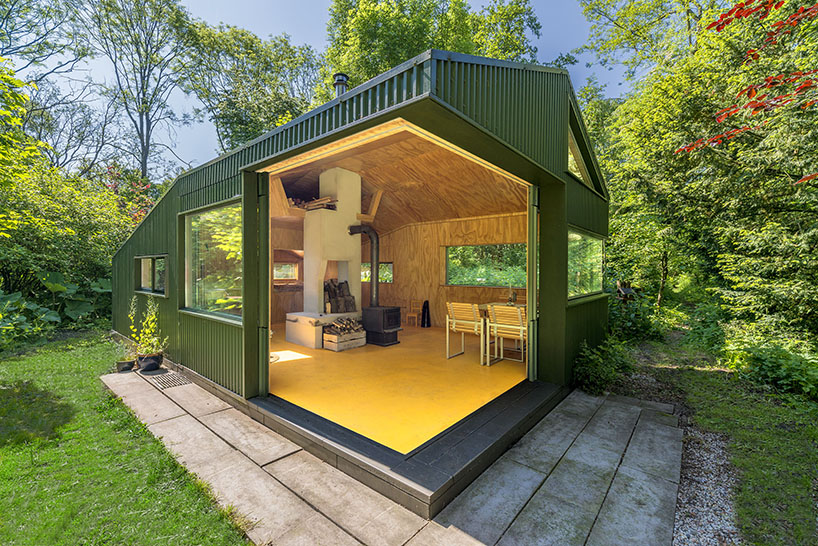 a view inside the cabin 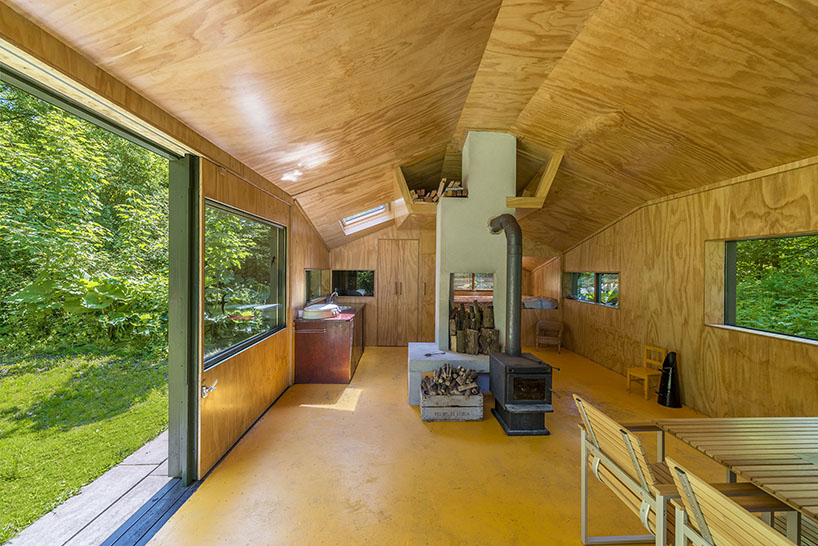 the fire place is shaped as a structural concrete tree 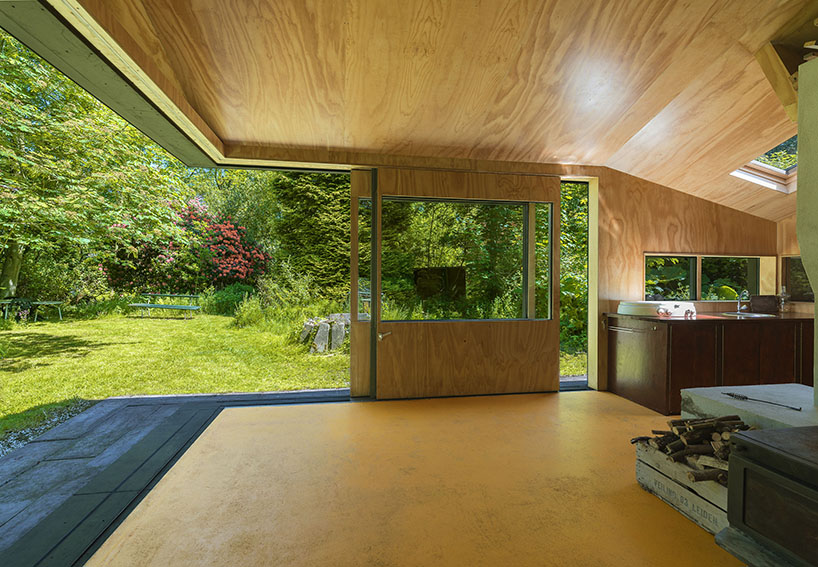 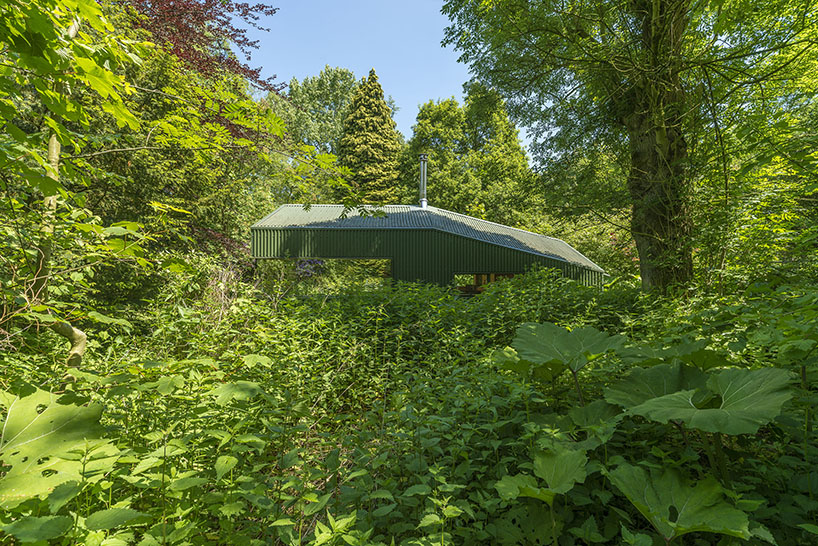 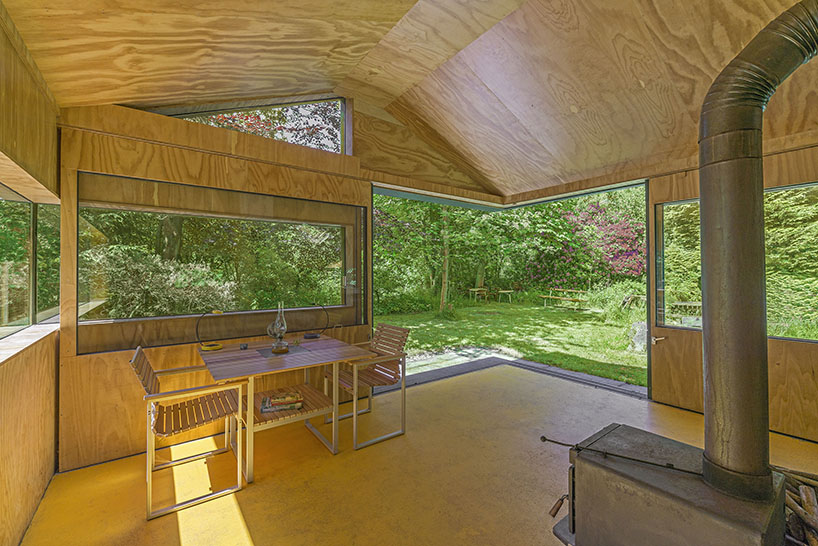 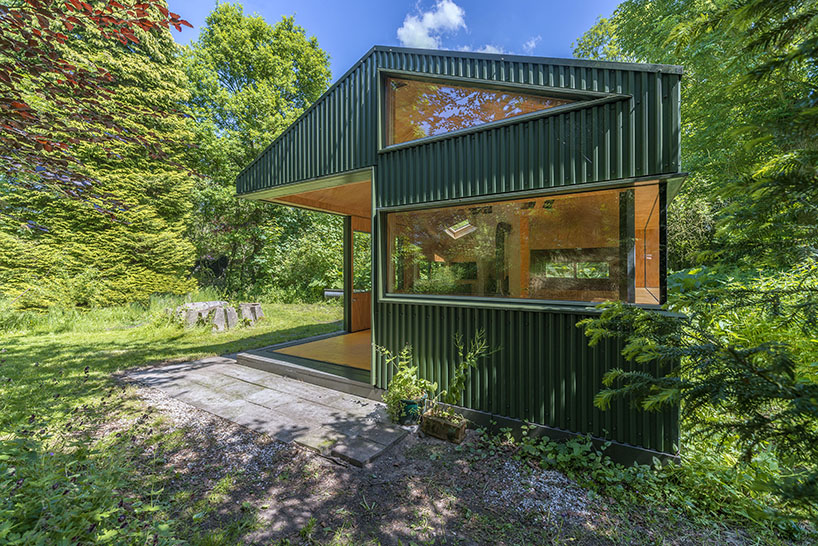 the cabin becomes an extension of the green surroundings