‘fold house’ by japanese firm cell space architects is situated in nagareyama, chiba, japan. the small residence for a young couple and two dogs is composed of three main elements: layering, wrapping, and shifting. different architectural materials were used according to the function of the layers.

first, thin sheets of metal were layered, rolled and were then bent into angles. because the sheets lack stability on their own, they were squashed sideways and linked to one another. they were then shifted along the north south axis, so that sunlight is intercepted during summer and flows inside during winter.

huge eaves and a terrace were arranged on the southern side. the large space accommodates gatherings, while the diagonal smaller spaces house the entrance and water utilities. there are two staircases, one outside and one inside. the family does not use chairs, the leaning walls act as backrests. 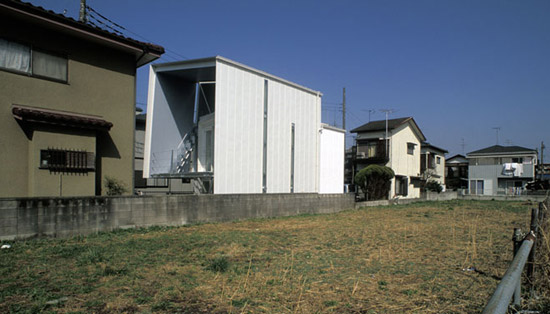 external view of the eastside 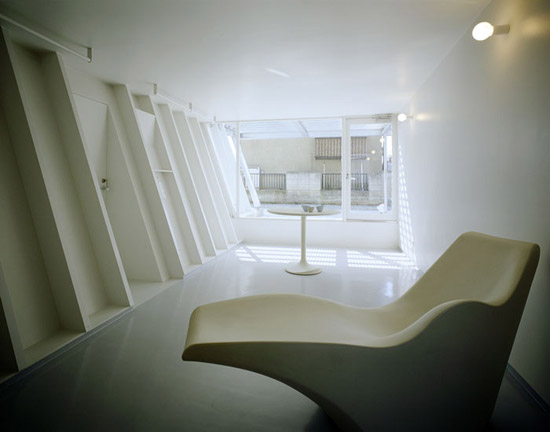 the south side seen from the bedroom 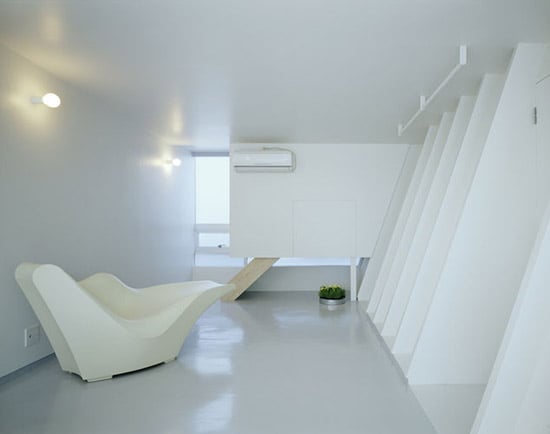 the north side seen from the bedroom 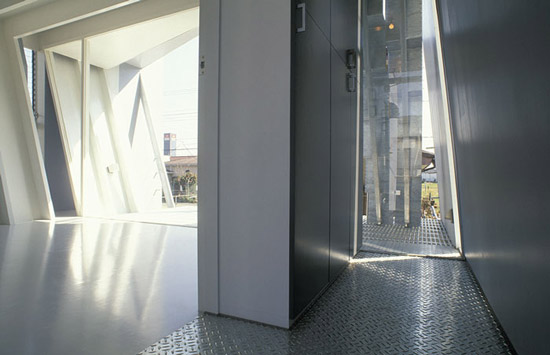 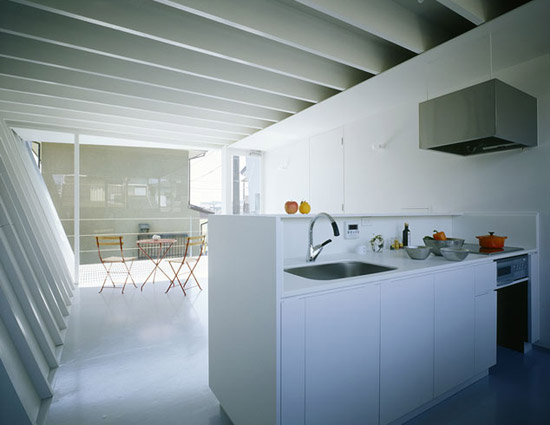 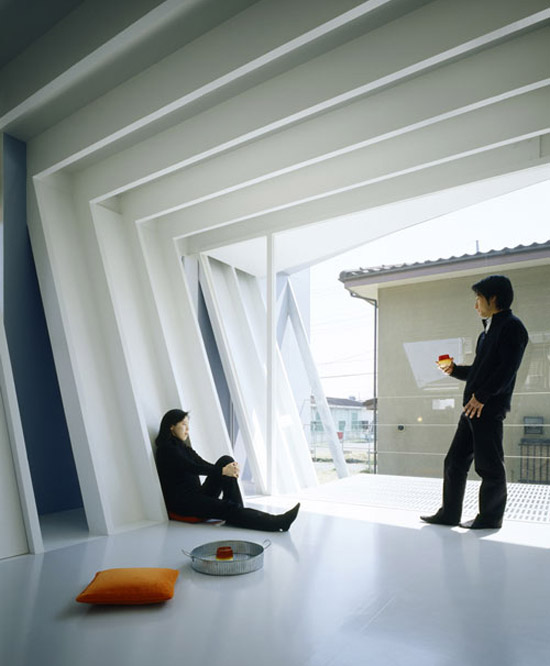 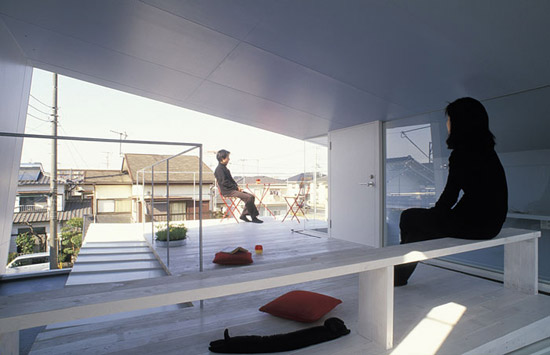 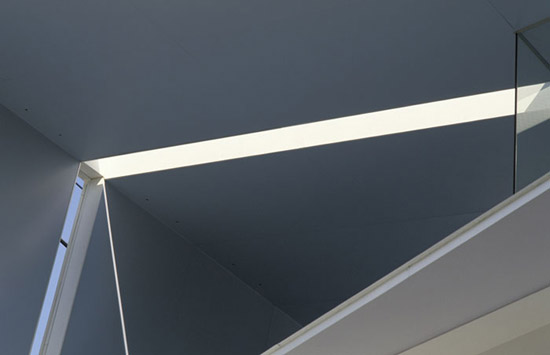 looking up to the terrace 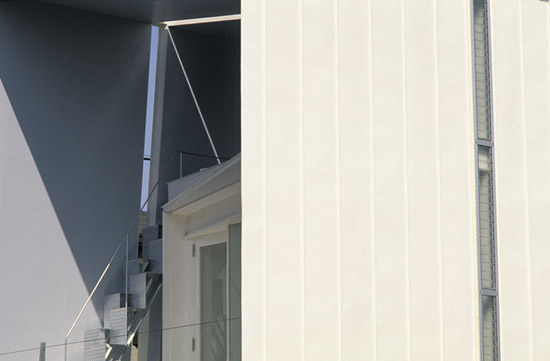 staircase leading up to the terrace 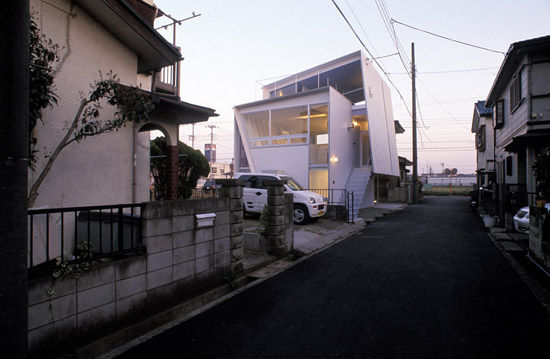 in the early evening 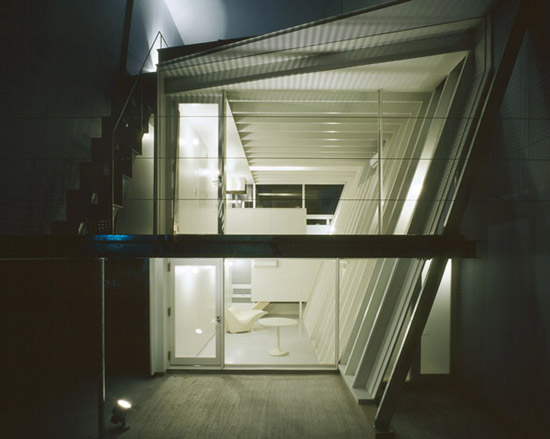 view of the bedroom at night 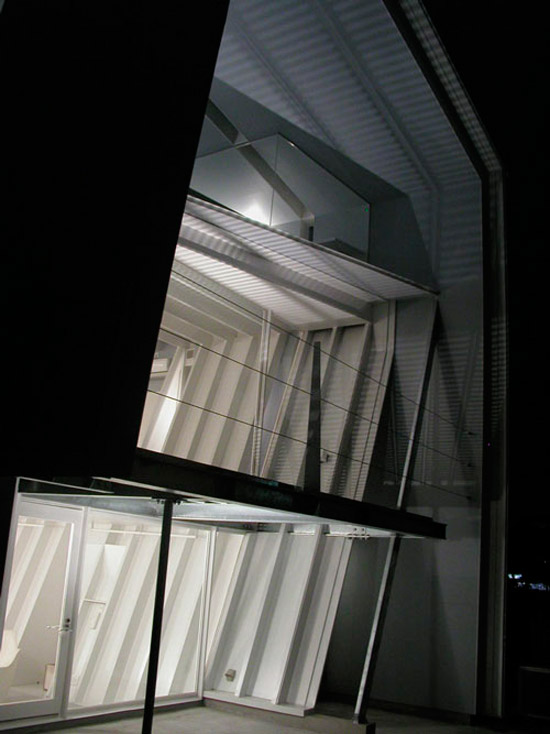 the house at night 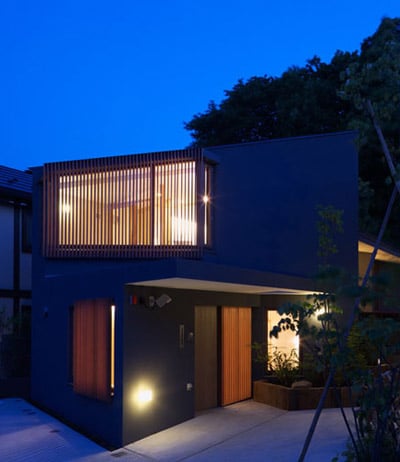 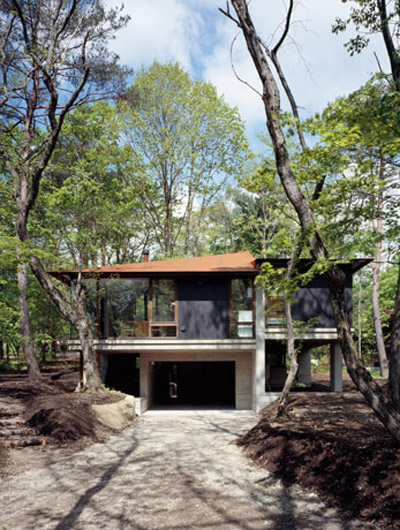 Apr 11, 2021
hiroshi nakamura & NAP articulate house in kyoto around courtyard with a sacred rock
the new terrain deliberately obscures sightlines between the dining area and the bedroom at the rear of the plot.
architecture
933 shares
connections: +4440