constructed from scaffolding, the colosseum will be wrapped in a fabric printed with M.C. escher’s metamorfosis image courtesy of cepezed architects

cepezed architects have been appointed by the offices of the hague captial of culture 2018, to develop plans for a large temporary theatre on the malieveld – a large stretch of lawn measuring ten hectares and positioned along the entrance of the city – in the dutch city. this proposal is part of the city’s aim to become the european capital of culture in 2018, competing against other municipalities such as almere, utrecht and maastricht.

cepezed’s theatre has been designed as a contemporary version of the colosseum in rome, the best-known example of a flavian amphitheatre, and should be able to accommodate 5000 people. the temporary structure is going to be erected from scaffolding which will be covered in a stretched fabric printed with artist M.C. escher’s metamorfosis. inside, concerts, performances, exhibitions and fairs will take place. final decisions on which town will take the title won’t be announced until 2013. 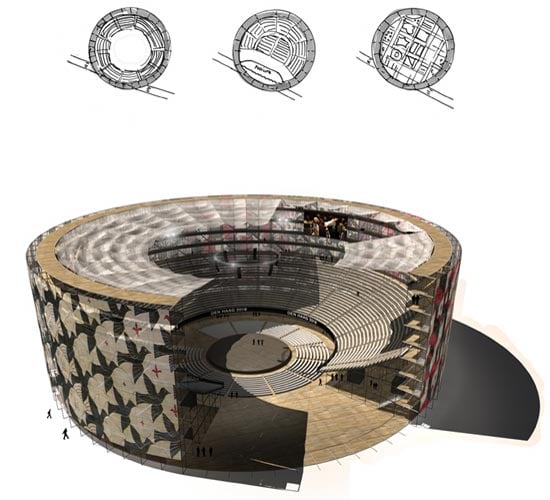 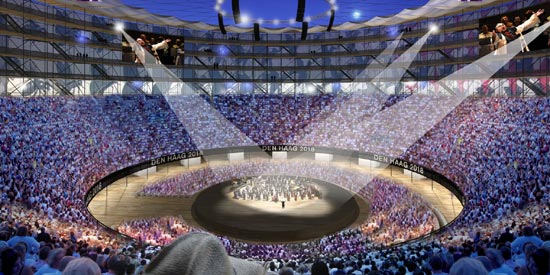 the venue is meant to function as an arena, theatre or exhibition space image courtesy of cepezed architects 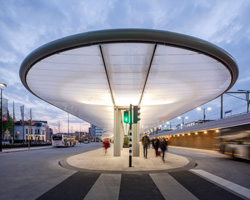 May 03, 2019
bus station that generates its own energy by cepezed architects opens in tilburg