architecture firm chain + siman have realized the second official flagship LEGO brand store in mexico, located at the heart of a shopping mall in the city of guadalajara. the colorful design integrates elements of the franchise’s branding to generate an interactive retail space where customers can fully explore the wondrous world of LEGO blocks. 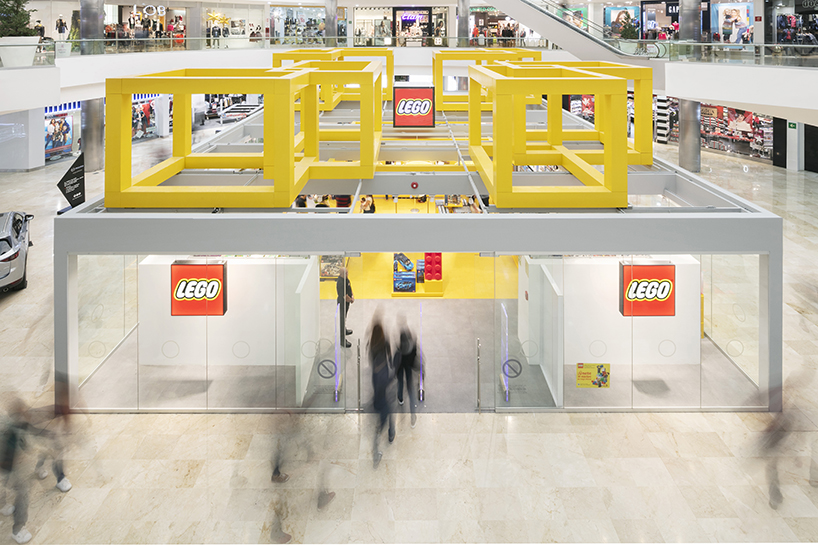 all images by agustín garza

in order to complete the project, chain + siman had to explore the available design resources to their maximum capacity. in this way, the architects were able to provide a sense of uniqueness and character to the proposal, without setting aside specific building regulations and the strict parameters, material palette and quality standards specified by the brand.

structural design was one of the biggest challenges that the architects had to face. a clear, column-free space layout with light aluminum works was chosen as the design’s leading concept, allowing customers to roam freely within the entire store. to achieve this, a perimetral foundation with insulated footings was built, able to support the design’s four columns and beams. meanwhile, low rise interior walls were built to give the volume a sense of lightness. 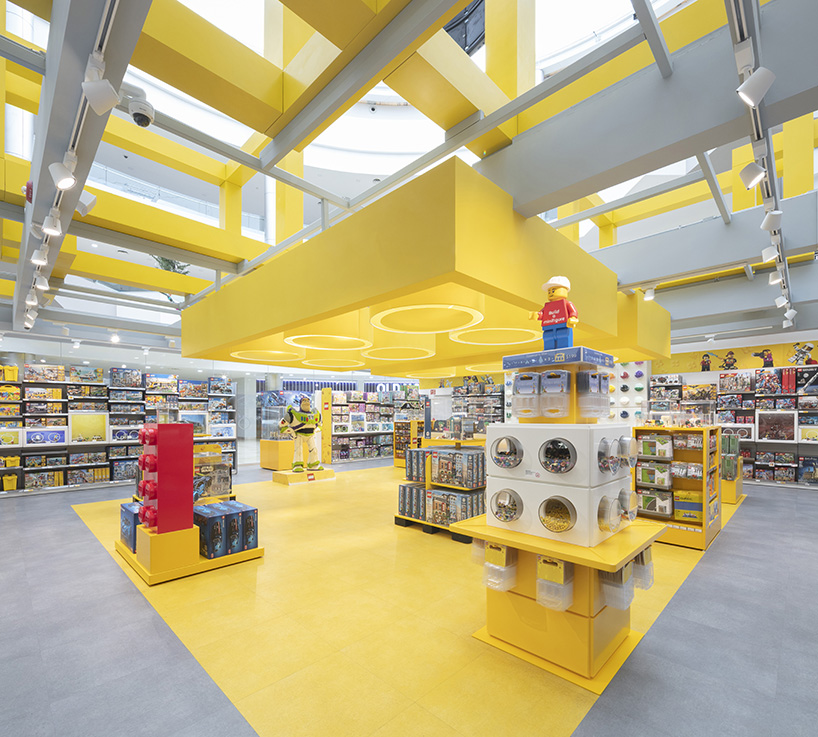 the main frame structure’s function is to support the hanging 5m x 2.5m x 2.5 alucobond panel-built cubes. chain + siman’s intention with the cubes was to bring a touch of color and personality to the project, while keeping the views clean. it doesn’t matter if you’re on ground level or on the mall’s second floor, you can still have a clear uninterrupted vision of the store’s interior. this sense of cleanliness is accentuated by the decision to hide all of the store’s installations (electric as well as sanitary) inside the alucobond-covered beams. 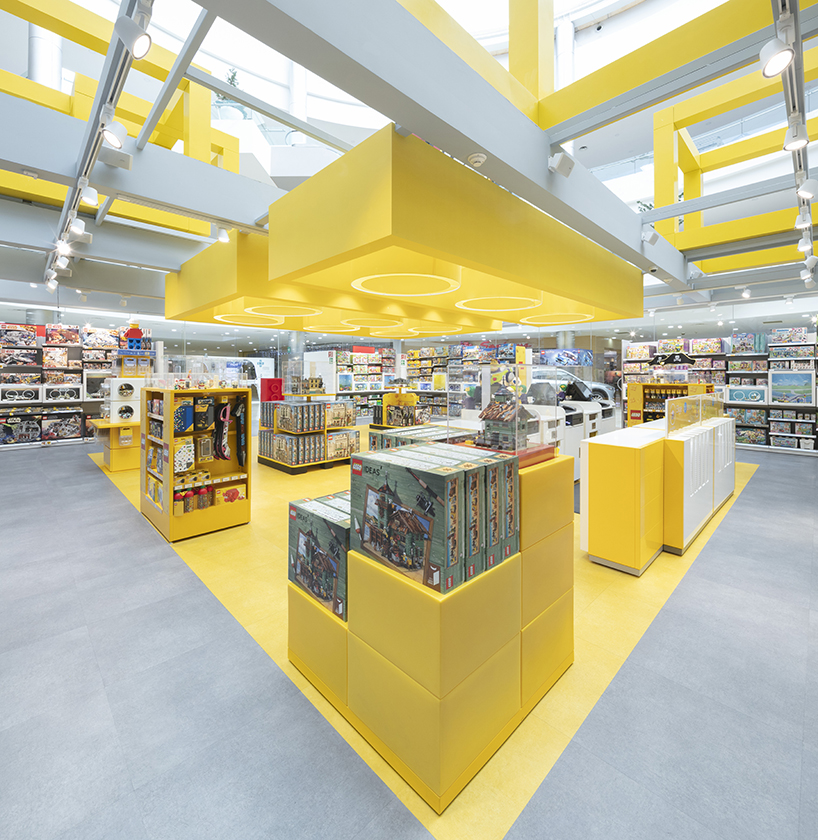 the studio’s overall approach has ensured the creation of a unique retail environment. the design generates an open, fluid store, where a 360-degree view is available both from the inside and from the outside. at the same time, it is also able to convey the brand’s values so that future customers can identify themselves inside the space. the differentiation value put forward in this project makes for a distinct, different shopping experience. 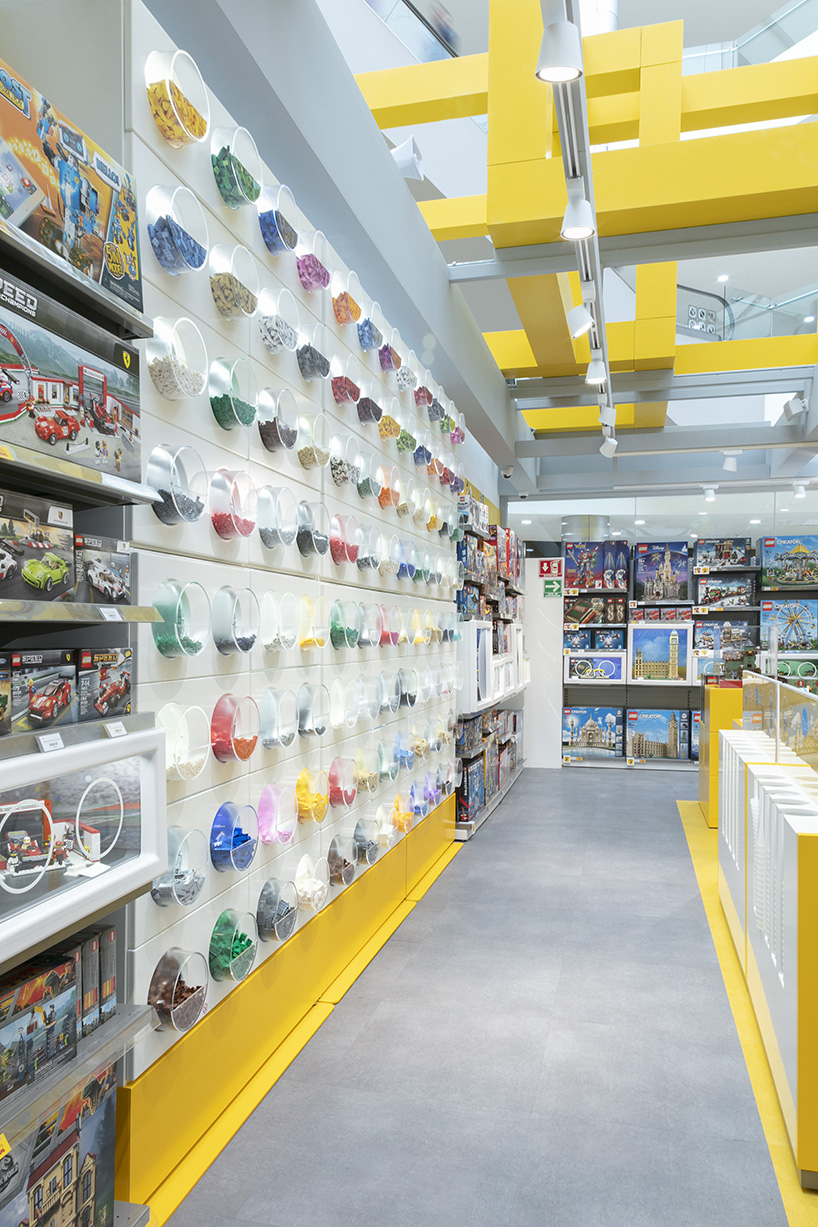 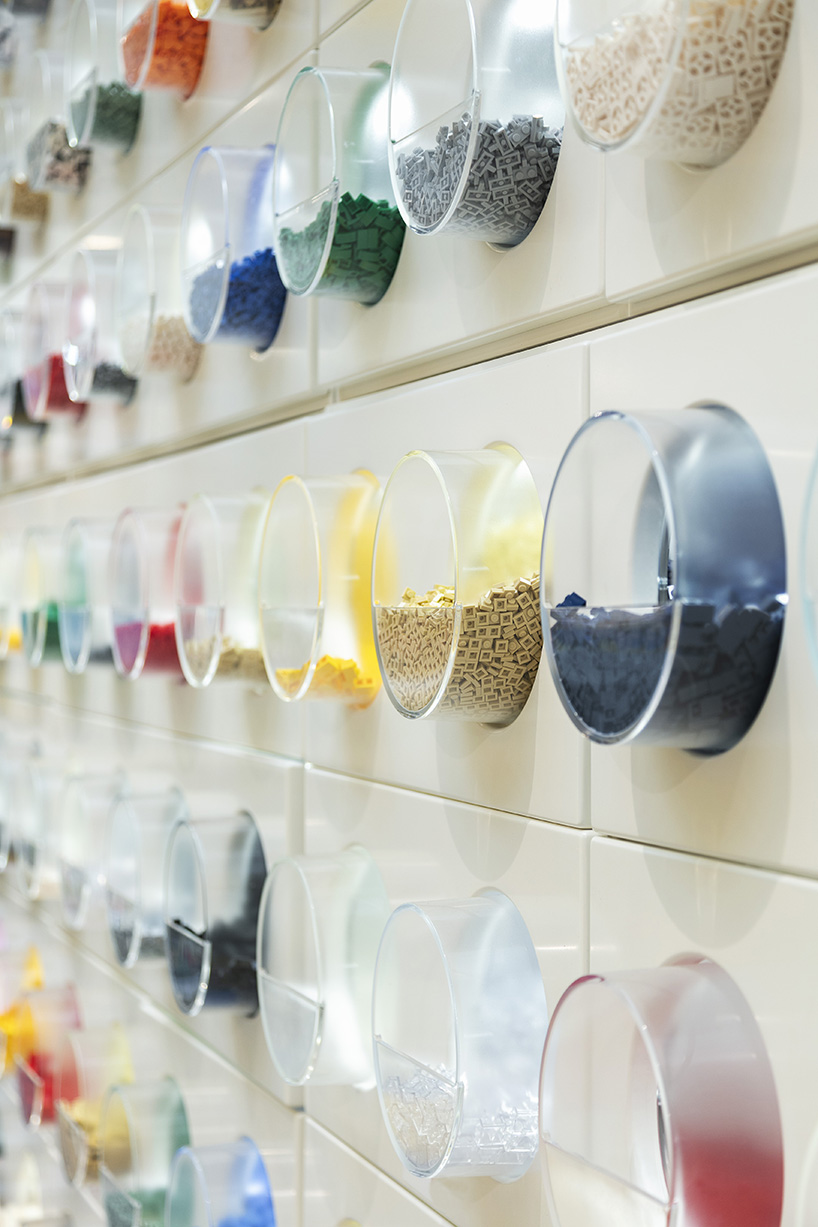 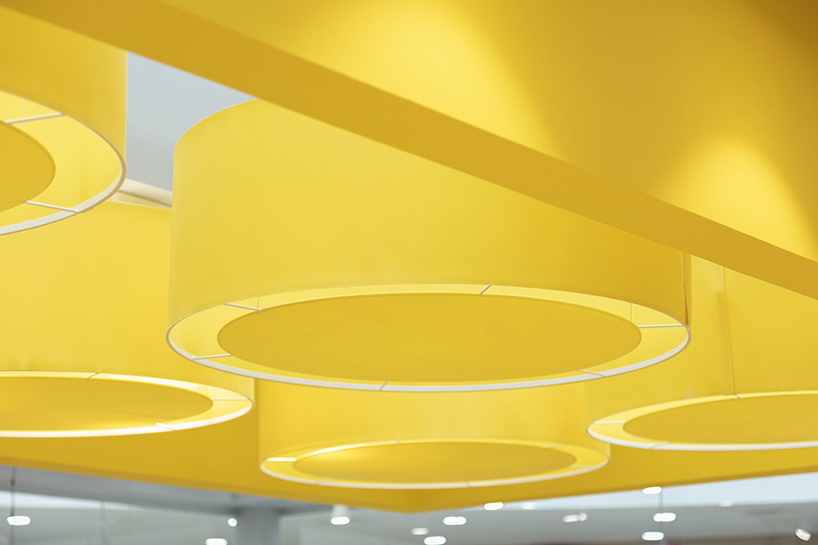 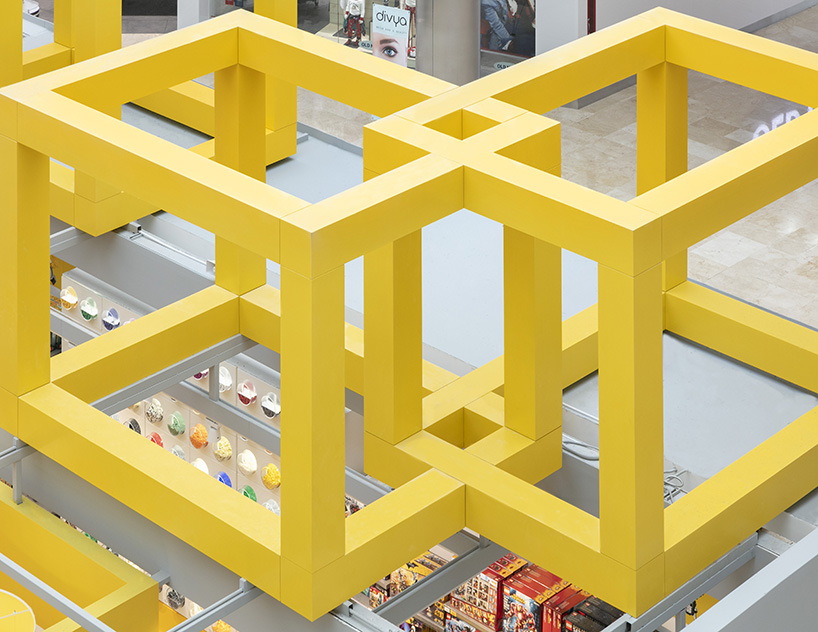 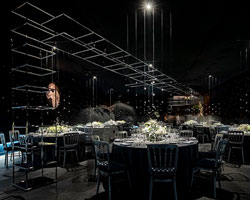