the mayor of paris, anne hidalgo, has announced a €250 million plan to revamp one of the city’s most famous landmarks — the champs-élysées. often referred as the most beautiful avenue in the world, the 1.9km (1.2mile) long avenue will be transformed into an ‘extraordinary garden’, offering a place of experience and contemplation for parisians and tourist alike. 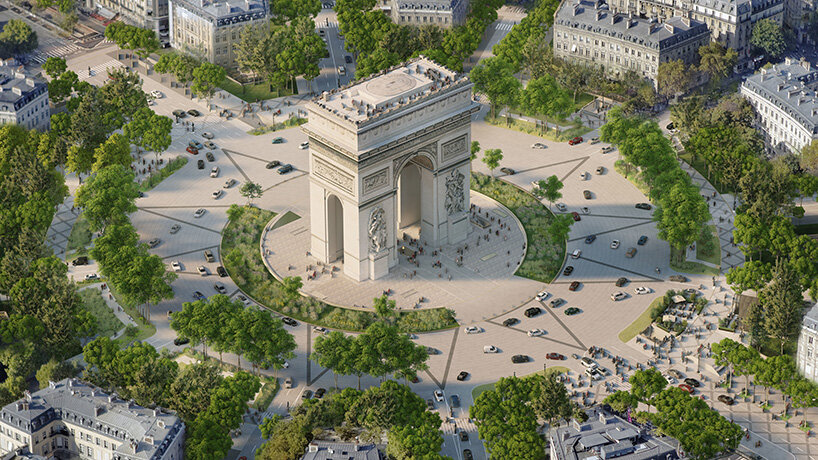 designed by PCA-stream, the makeover plans will not be set in motion before the 2024 summer olympics, as reported by the guardian. the plans include the reduction of vehicles by half, transforming roads into green areas dedicated to pedestrians, and creating tunnels of trees that will help to improve the overall air quality of the area which is quite polluted — even more than the frequented périphérique ring road. ‘the overall vision for the district located between the champs-élysées roundabout and the arc de triomphe builds up the quality of use over a period of ten years through the reduction of nuisances (noise, heat, car traffic…) and improving comfort (air quality, spaces given back to pedestrians…),’ PCA-stream says. ‘the étoile intersection is reinvented as a public plaza geared towards tourists and parisians who come to contemplate the arc de triomphe. on the avenue, the promenade experience makes a comeback and flâneurs will be able to stroll up and down the historic boulevard in an atmosphere greatly improved by the reduction in motor traffic.’ 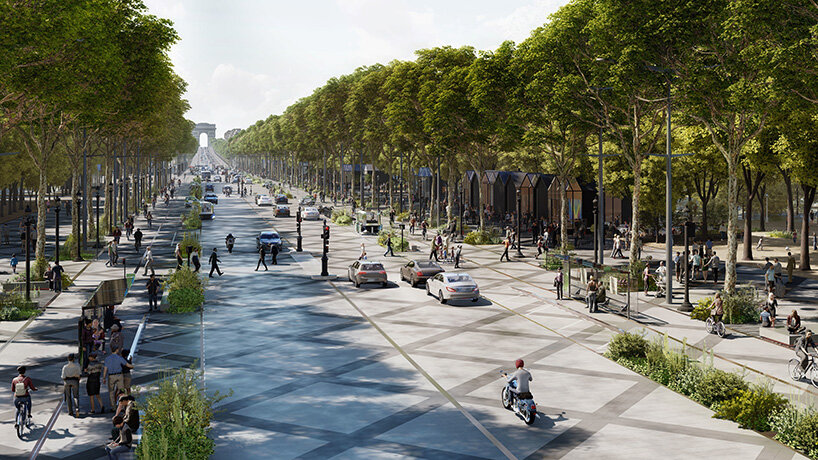 originally laid out in 1667 by andré le nôtre as an extension of the tuileries garden, the parisian capital is really looking into bringing the champs-élysées into the 21st century while restoring its glory. today it may be known as a polluted and congested consumerism site, but the idea is to transform it into a green, ecological, desirable and even inclusive area. hidalgo also said this is not the only project paris will see as there’s another one considering the eiffel tower and its surroundings. 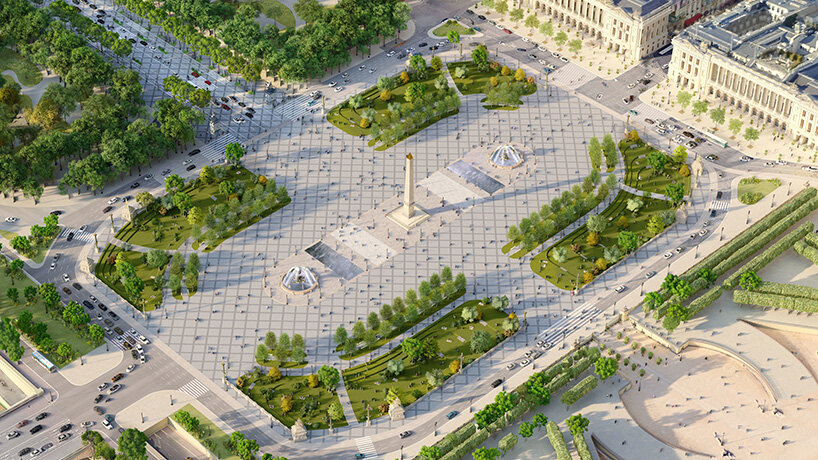 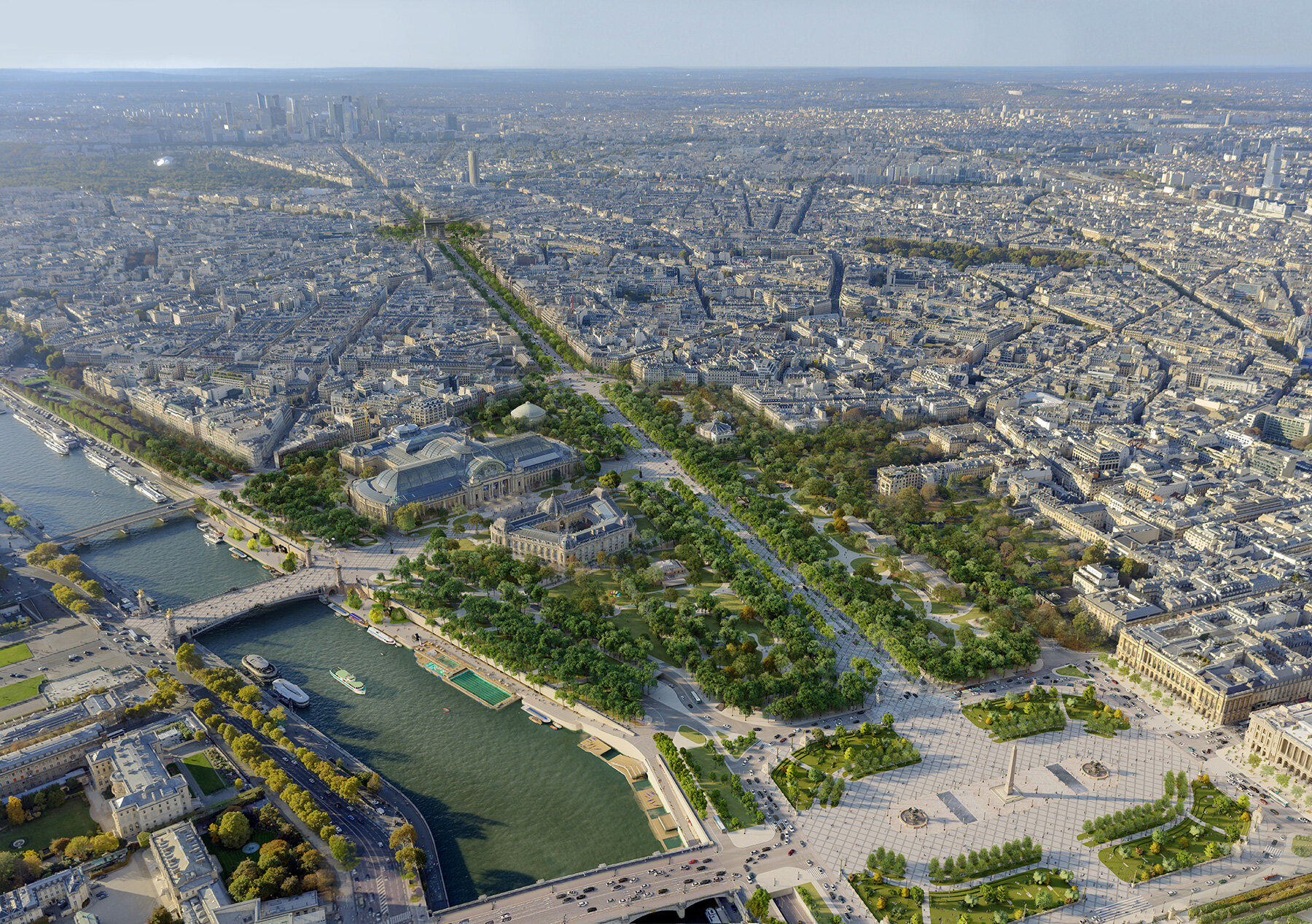 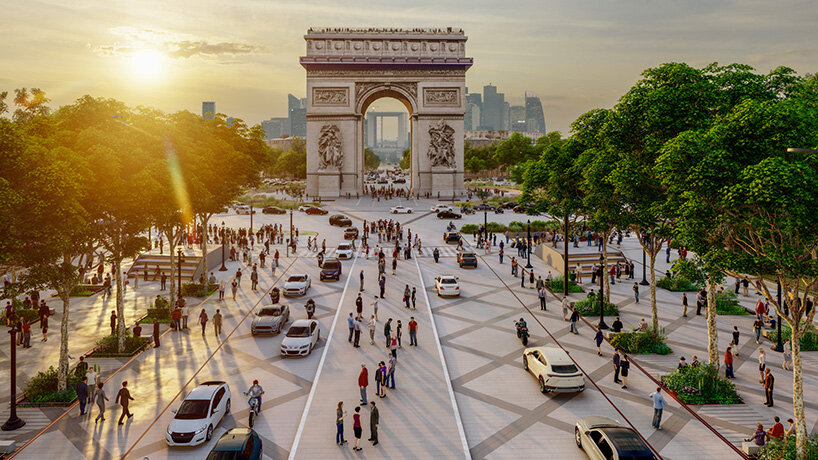 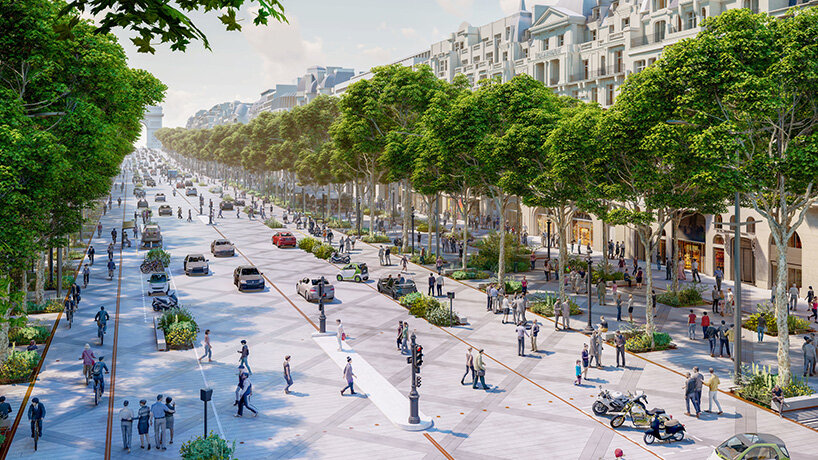 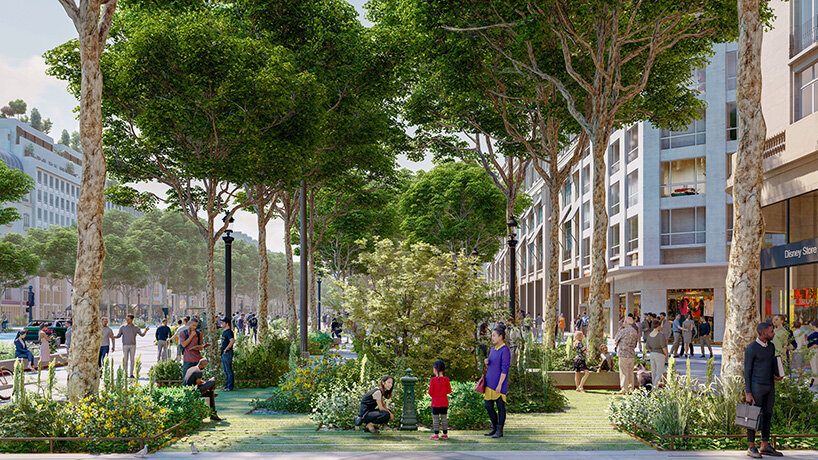 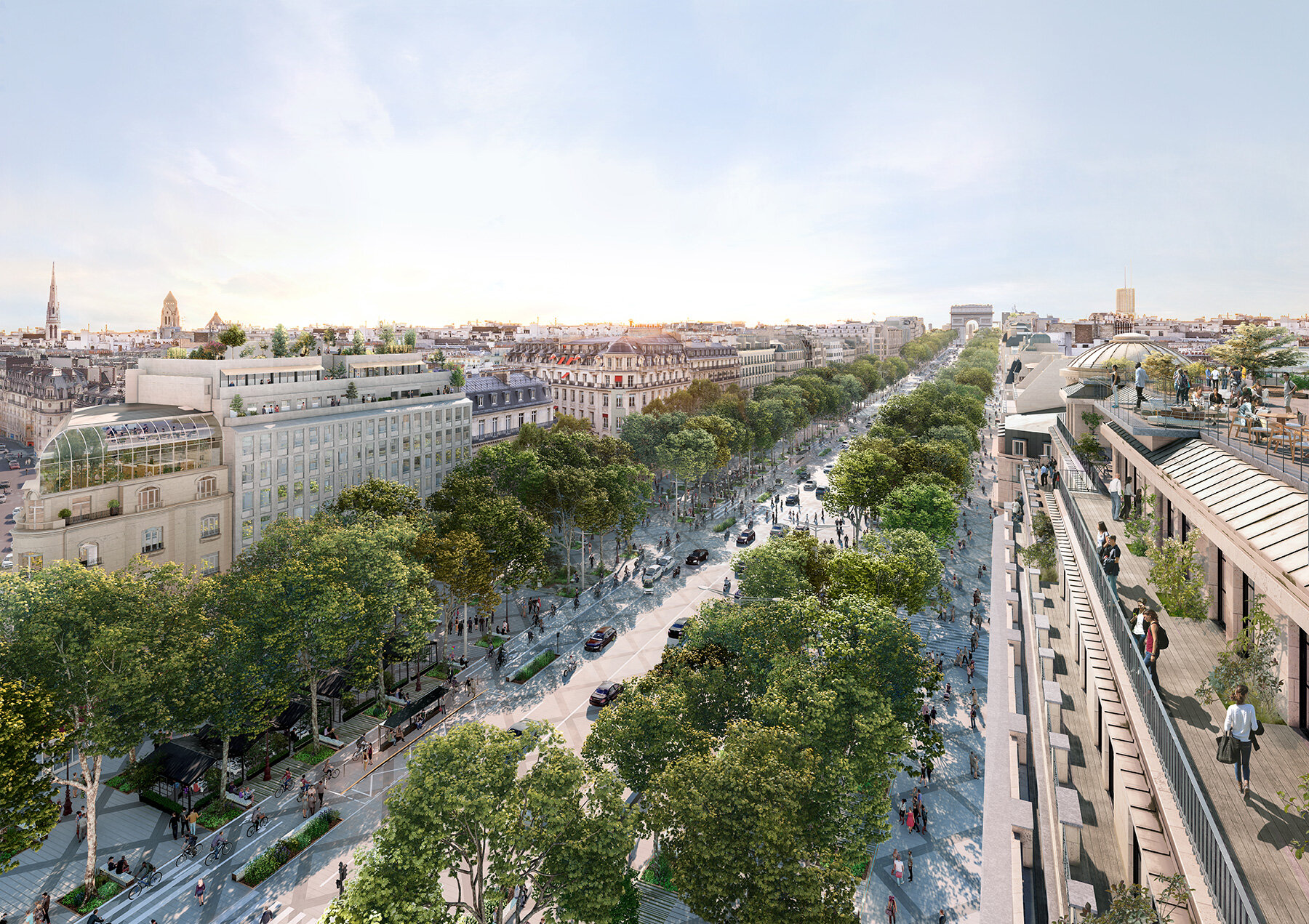 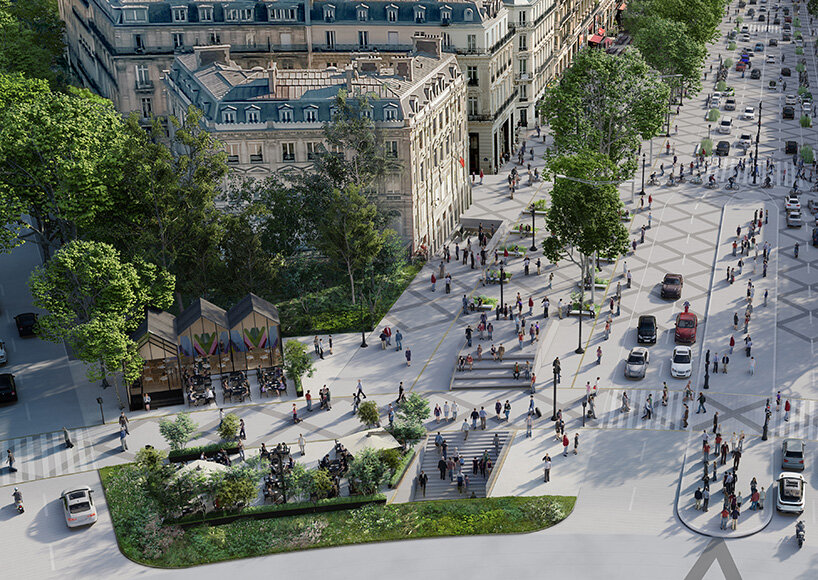 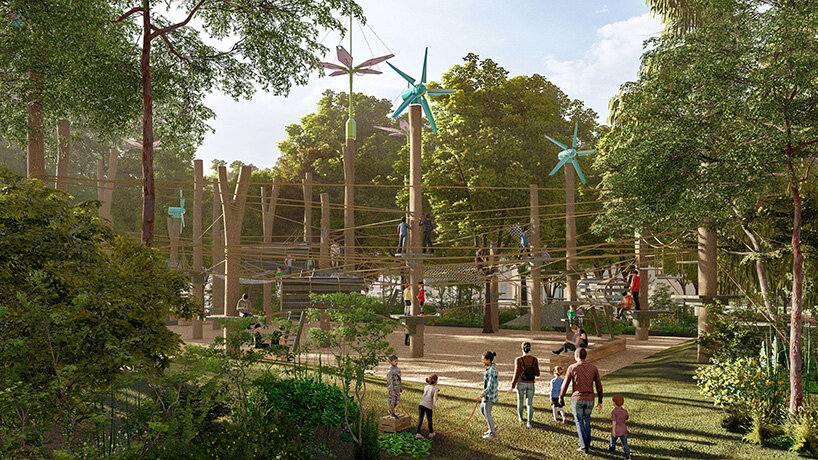 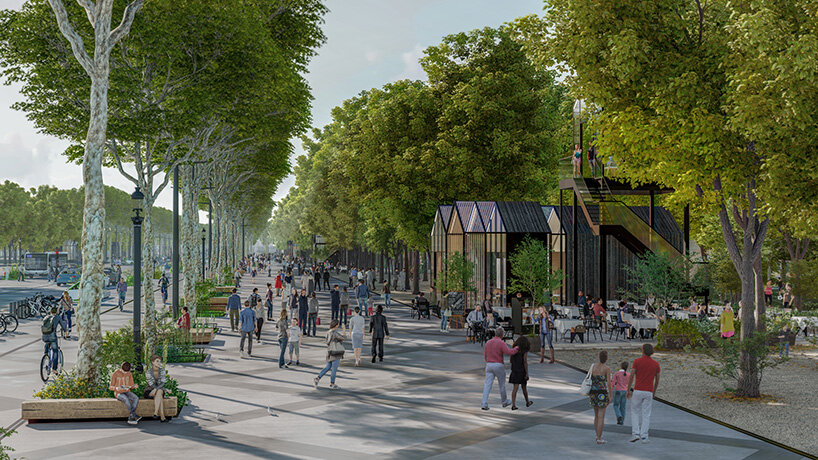