the life of saint john baptist was an example of sobriety and austerity – a concept clearly portrayed in the design and construction of his chapel by local practice beautell arquitectos on the island of iron, tenerife, canary islands. with a modest budget, the architects were able to erect a frugal 40-person space used primarily to hold weekly masses constructed with the limited available resources. the triangular lot informed the base footprint of the concrete structure that inhabits the full extent of the site. the form manifests through a powerfully clear prismatic tapered mass that transitions from a low wide entry point to a narrow tall altar at the opposite end; it’s three points also emphasizes the holy trinity, the father, the son, and the holy spirit. in keeping with few materials, the project is made palpable through the various applications of rough plasters, including the use of ‘tiroliana’ made from crushed volcanic stone found on the island. above the altar, an opening created through a fold in the roof plan allows natural light to reflect across the angled walls exposing the dramatic earth-toned textures of the interior. 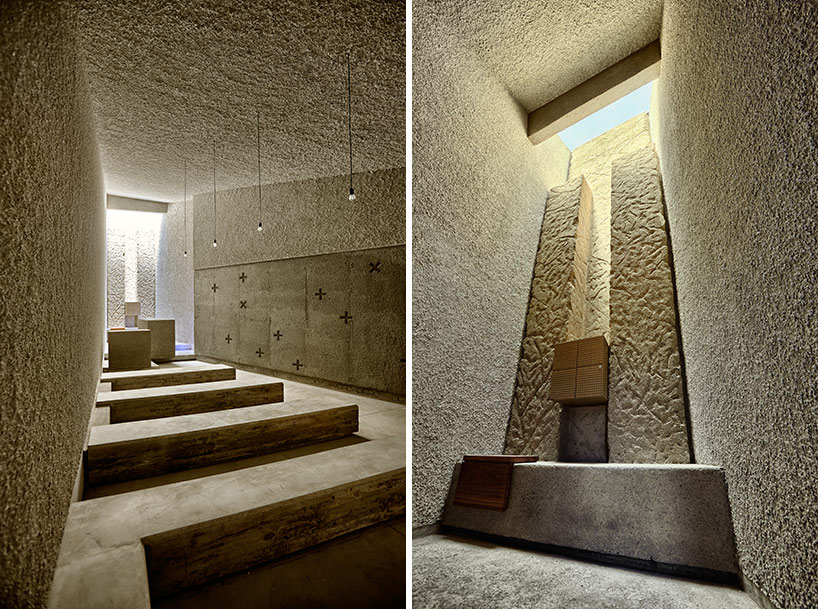 ‘at the entrance, there is situated a baptismal font, surrounded by banks, prepared for the celebration of this sacrament. this space will also host people that will be standing during the more populous celebrations. further, there is located the assembly, composed of four monolithic banks that emerge from the gospel wall. the chancel rises on a two-step platform and is naturally and laterally lit by a gap being a result of the epistle wall offset. in this mentioned wall, a cross via, coumpound of 14 crosses recessed in the concrete, is being designed. on the axis of the chancel, and in dominant position, the altar can be found together with an ambo, situated on its left, on a lower level. the tabernacle is available at the very end, aligned with the altar and set into a crack, that forming a cross carved in the concrete, rises looking for the vertical. at this point there is a significant overhead light input that describes the space.’

‘so the triangle becomes a leitmotiv of the project. the altar is placed in the most acute angle of the triangle and its bisector constitutes the main axis of the temple. this axis will cover the various stages of the life of a christian, beginning with baptism, then becoming a part of the assembly and finishing in the communion of the heavenly banquet. therefore, the baptismal font, the altar, the tabernacle and the cross are aligned, as a metaphor of the line of life.’ 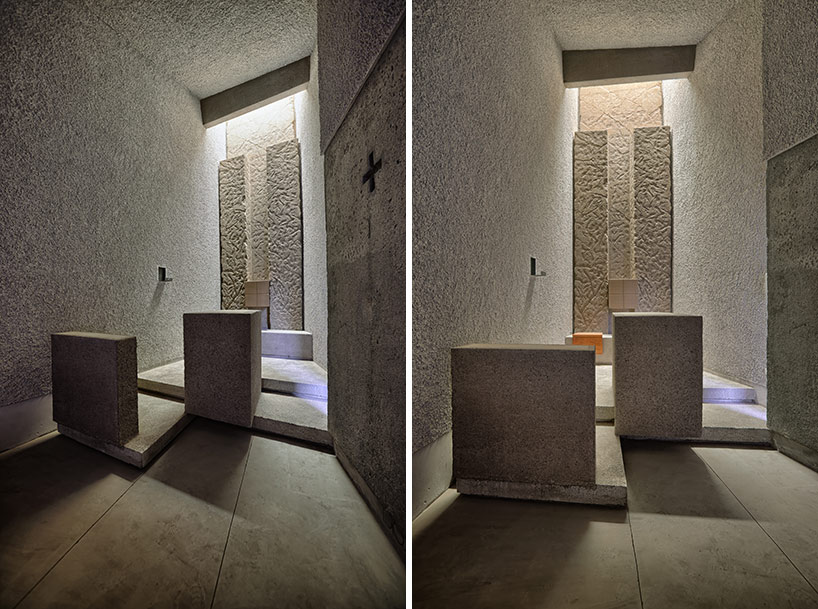 ‘the life of saint john baptist, patron saint of the chapel, was an example of sobriety and austerity. john is portrayed as an ascetic figure, jesus countered him with those who “are in royal palaces” and “wear fine clothes.” the style of john the baptist should urge all christians to choose sobriety as a way of life. the same way as john defined himself as “the voice crying out in the desert”, the chapel, that will bear his name, will also protest against the excesses of the past and will be the precursor of a new stream, testimony that a new religious art is possible.’

‘austerity was not just a moral conviction, it was a necessity. we use the materials we found in the island… we had no gold, but we had the light, we had no marble, but we worth concrete, there is not plaster filigrees, but plaster of tiroliano serves us, you will not find crystal chandeliers, but, when night falls, we will light up the bulbs likewise.’ 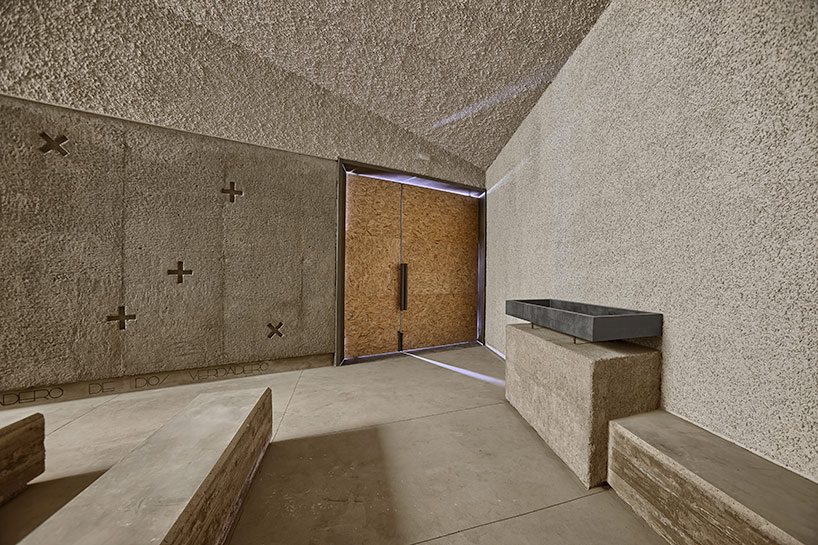 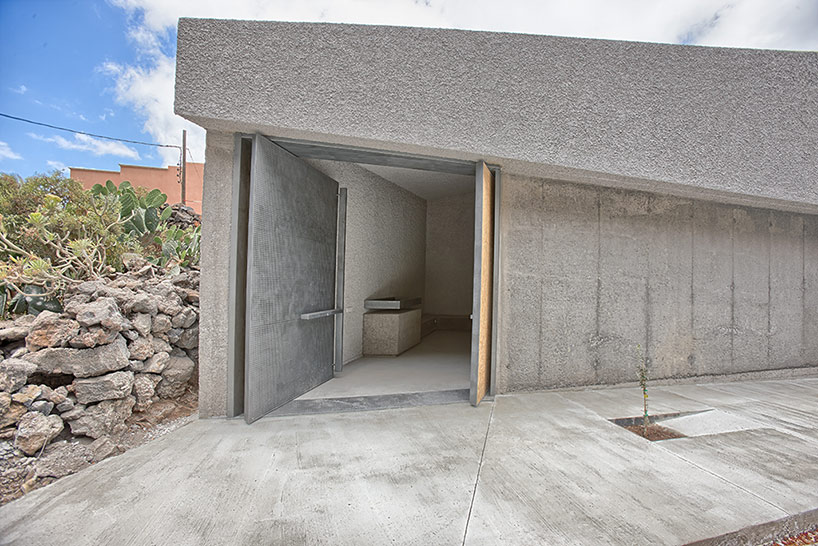 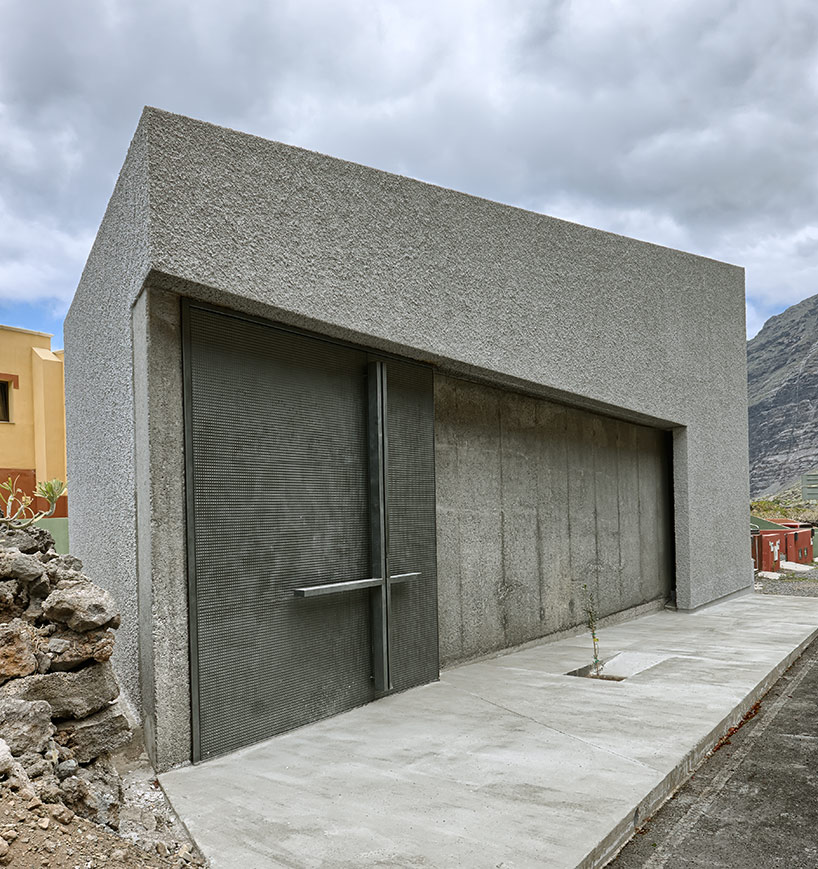 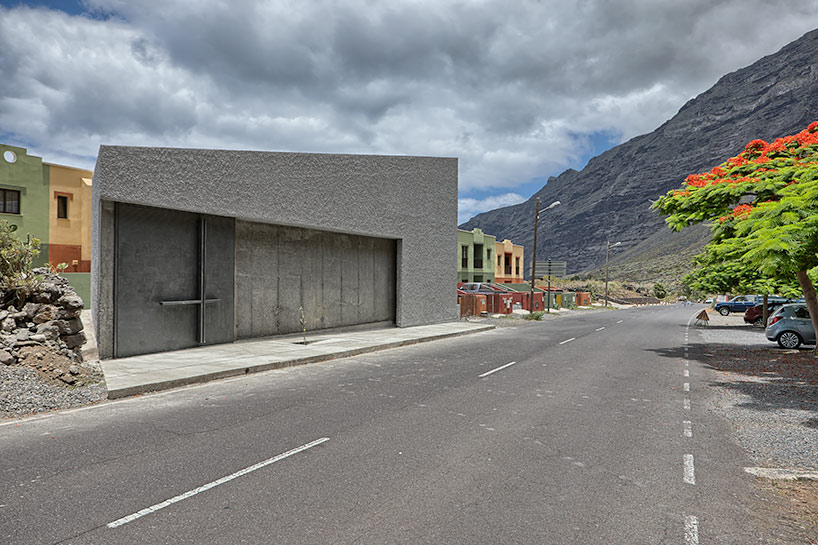 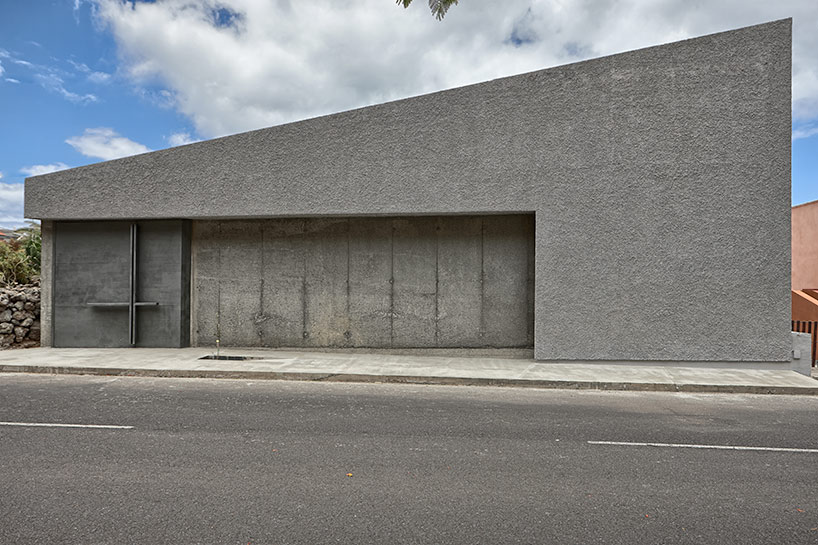 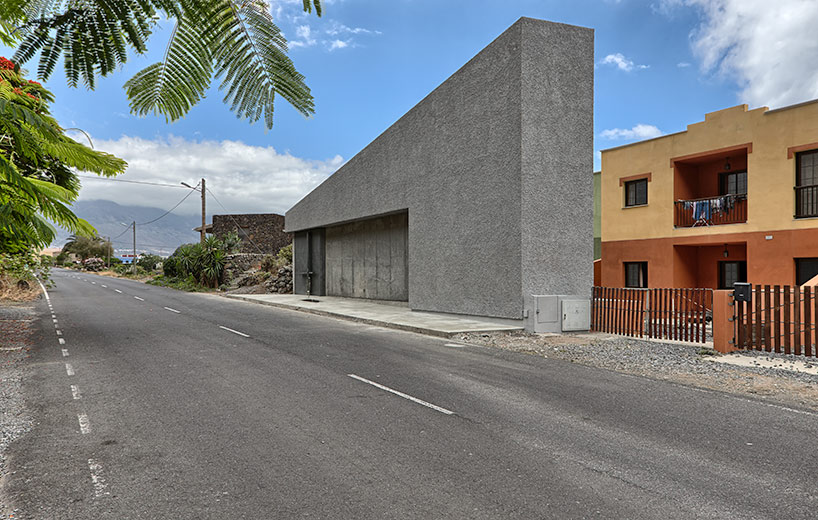 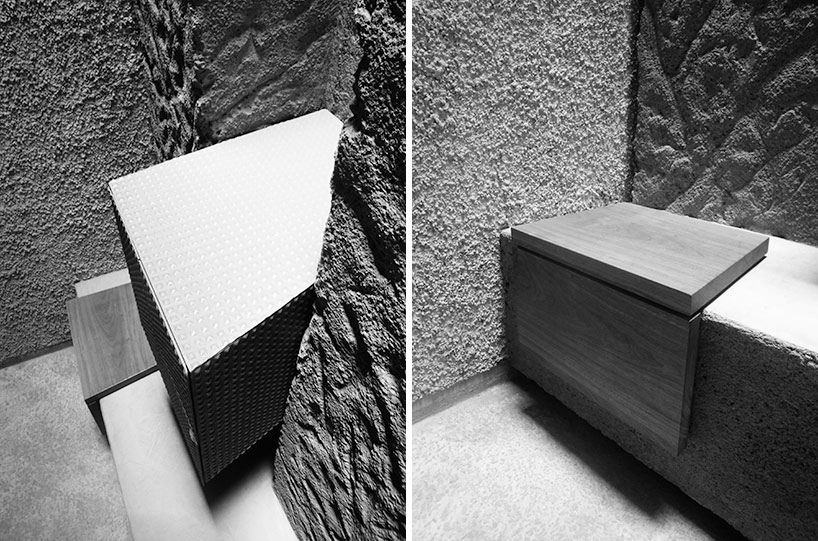 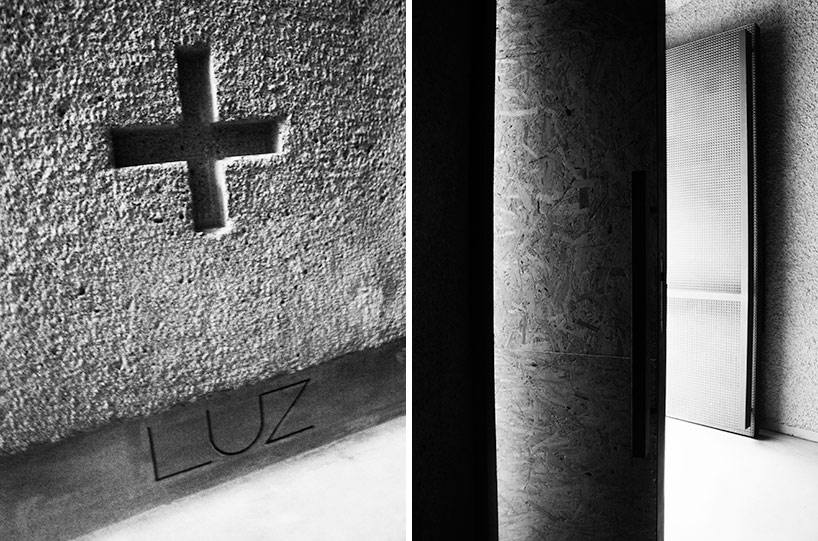 Sep 15, 2021
al borde builds a 'garden house' in ecuador with live trees and rammed earth
the columns themselves are live lechero trees while the enclosure is built of rammed earth.
architecture
62 shares
connections: +2320