engineering and architecture has created a detailed animation showcasing the construction process of one of the world’s most famous bridges — prague’s charles bridge (karluův most). until 1841, this stone arch bridge was the only means of crossing the river vltava creating a connection between the prague castle and the city’s old town. following its competition in 1402, the bridge advanced prague to become an important trade route between eastern and western europe.

images by praha archeologicka
video by engineering and architecture

prague’s charles bridge construction began in 1357 under the auspices of king charles IV and was completed in the beginning of the 15th century. the structure replaced the former judith bridge built between 1158-1172, badly damaged by a flood in 1342. the bridge has 16 arches with a span of 16-24 meters, and expands for a total of 515 meters with a 9.4-meter width. the works began with the extraction of raw materials, especially by breaking the stone, in localities around prague. a very important component of the construction was the transportation of materials to the construction site itself. the work of stonemasons, bricklayers and day laborers was needed as well as blacksmiths, ropes-men, clay men, swimmers, carriages, messengers and administrative forces. 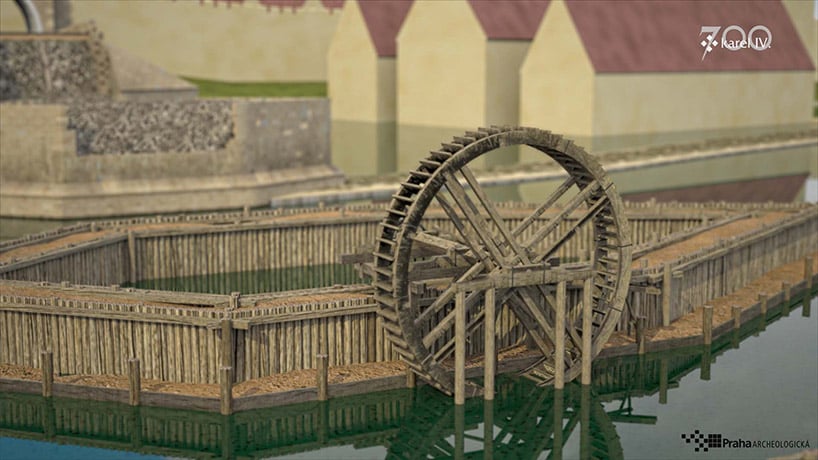 the most difficult part of building a bridge over a river is establishing the pillars in the riverbed. the bottom of the vltava is formed by massive layers of gravel sand, making any structure built in it, susceptible to damage due to subsoil leaching. to build the charles bridge in prague, pillars were laid in separate pits, made up of several rows of poles and an aluminum insulating filling. water was then pumped out of the sump by a pump that drove the water wheel. 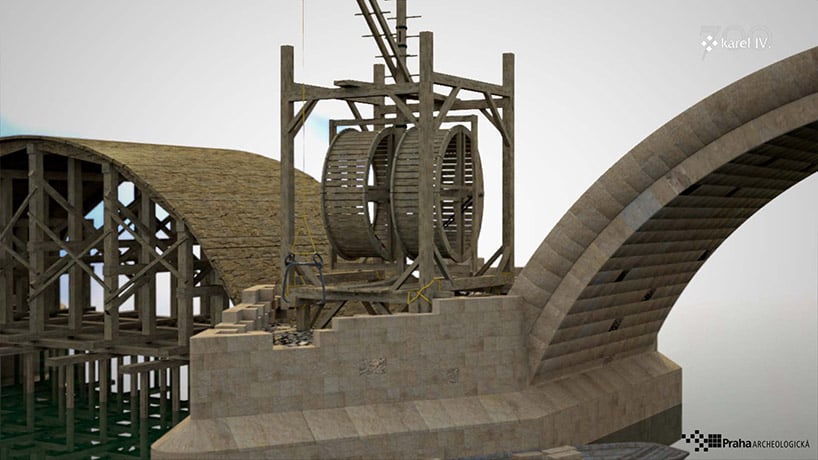 after the construction of two or more pillars, engineers were able to proceed with the construction of the stone vaults. a wooden scaffolding had to be prepared while regularly machined sandstone blocks, which form the arcs, were then placed on the form work. the vault was reinforced by another layer of large flat stones and then fully bricked up to the level of the bridge deck. the entire mantle of the bridge was made of massive sandstone blocks, and blocks from the demolished judith’s bridge were also used locally. 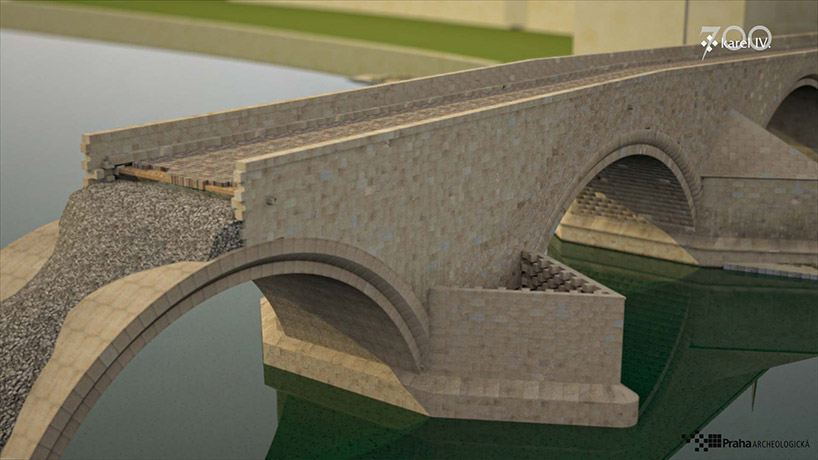 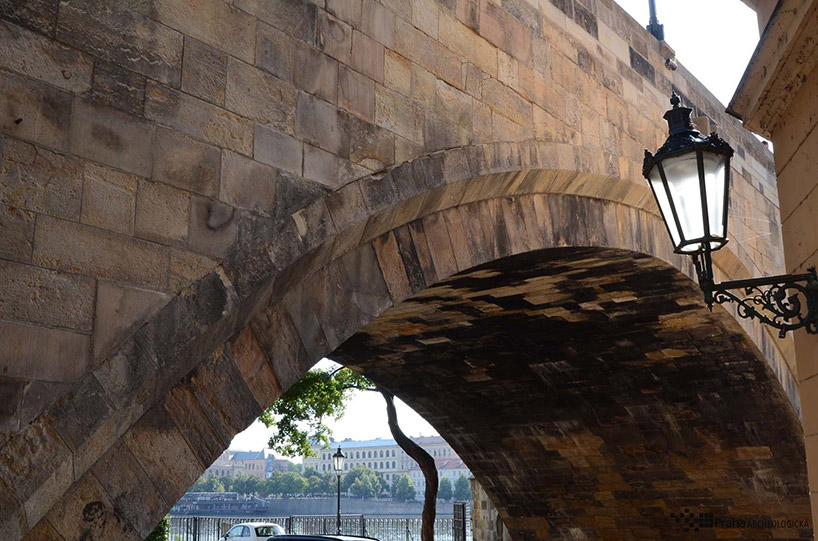 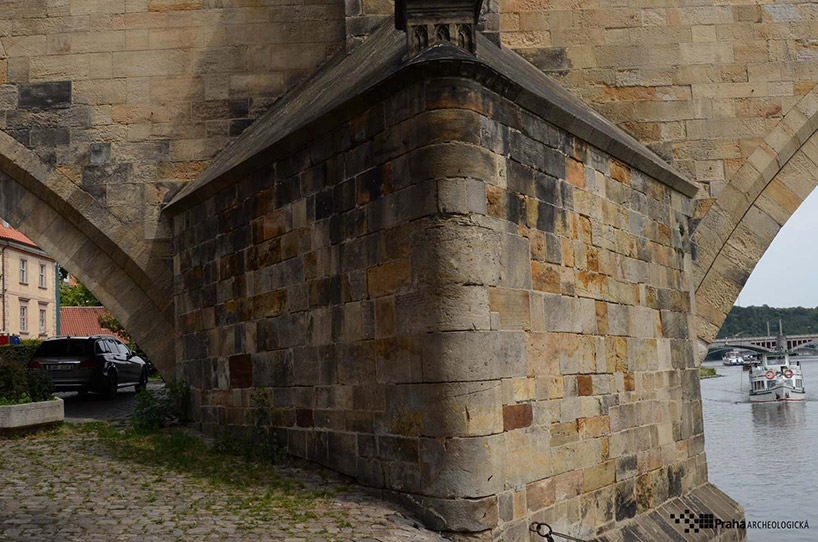 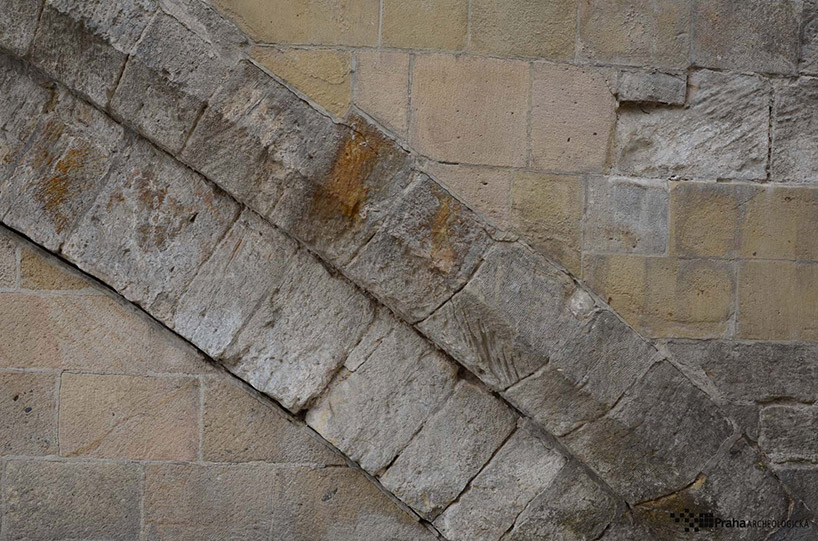 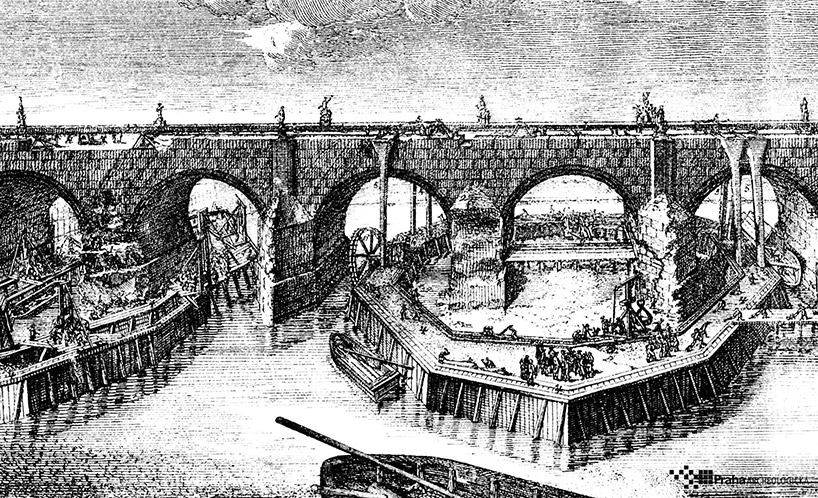 ARCHITECTURE IN THE CZECH REPUBLIC (85) 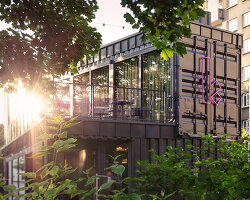 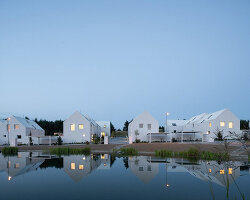 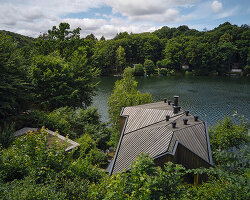