in an as-of-yet undisclosed location near chaco park, new mexico, local artist charles ross has been working on his masterpiece since 1976. star axis is an ‘earth/star sculpture’, a naked eye observatory built to encompass over 26,000 years of past and future distilled down into human scale- a journey through star axis is a journey through our planet’s celestial history and future, long after any of us will even be around to experience it.  understanding the meticulous nature of every radius, every angle and every hand-laid step requires an intimate understanding of planetary behavior and our perception of it.  the structure, embedded within a mesa, is a three dimensional compass of space and time that is broken down into its five sequential components: the star tunnel, equatorial chamber, solar pyramid, shadow field, and the hour chamber. 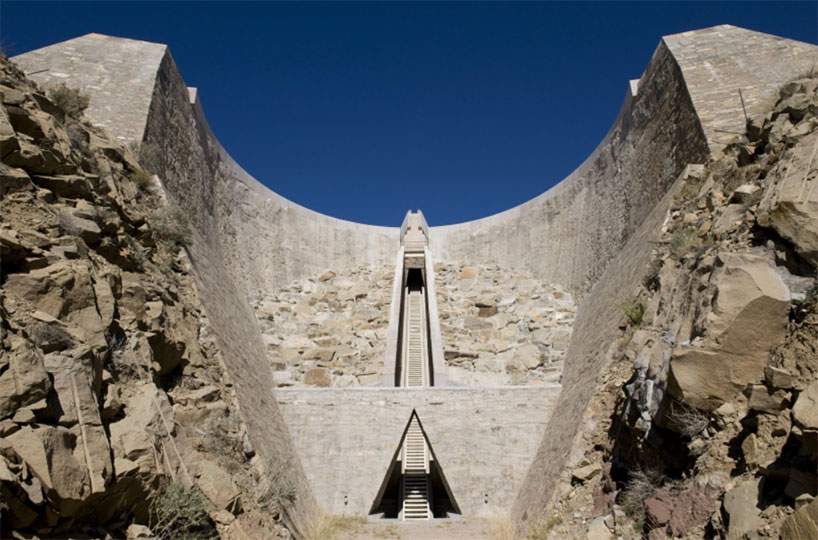 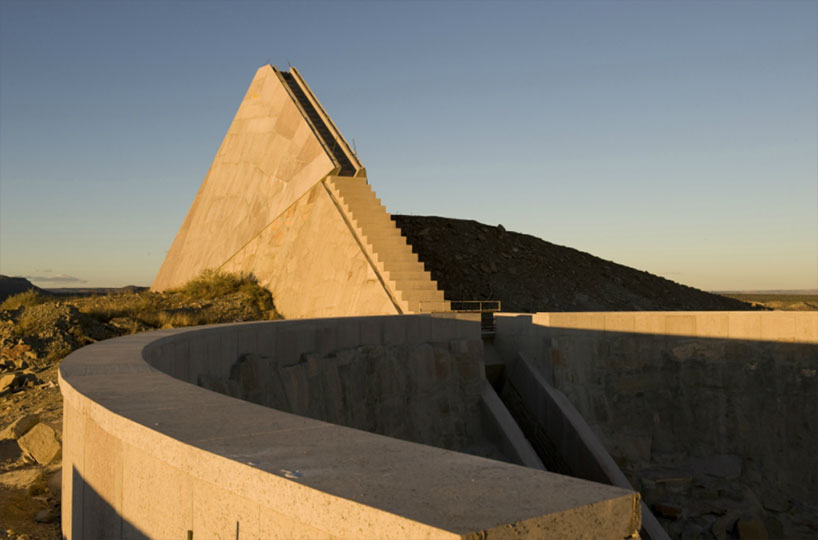 the equatorial chamber will be the first structure a visitor will physically interact with upon arrive at star axis. it is an entry threshold that converges with the star tunnel at a perfect right angle. considered a place of rest and orientation before continuing the vertical journey, the equatorial chamber frames all the stars that pass across the equator. 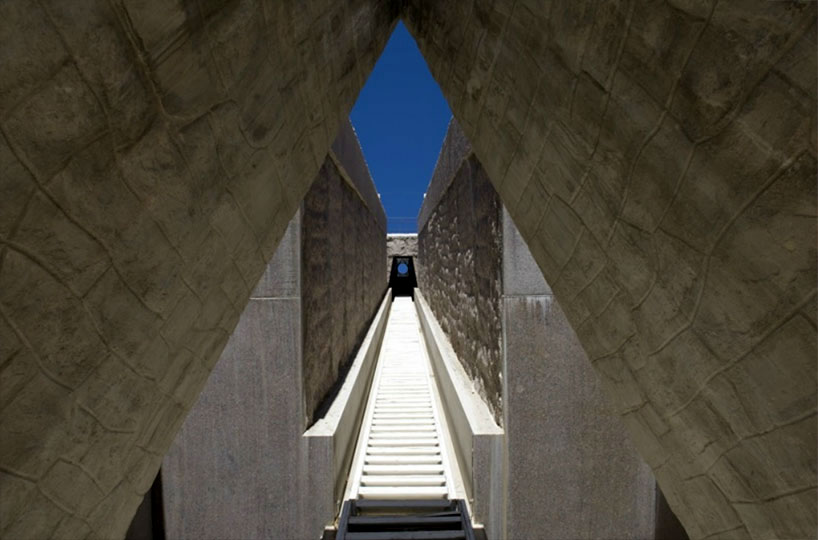 the star tunnel is the next experience in the progression- it is a stairway precisely aligned with the earth’s axis that points directly at polaris’ location which become visible through an opening in the pyramid at the top of the stairway. at marked steps along the ascent, the field of vision seen through the pyramid at the top displays polaris’ circumpolar orbit at a specific point in the history of the earth. as one climbs the stairs, the greater field of vision accurately outlines polaris’ orbit in our sky from present time into many years into the future. 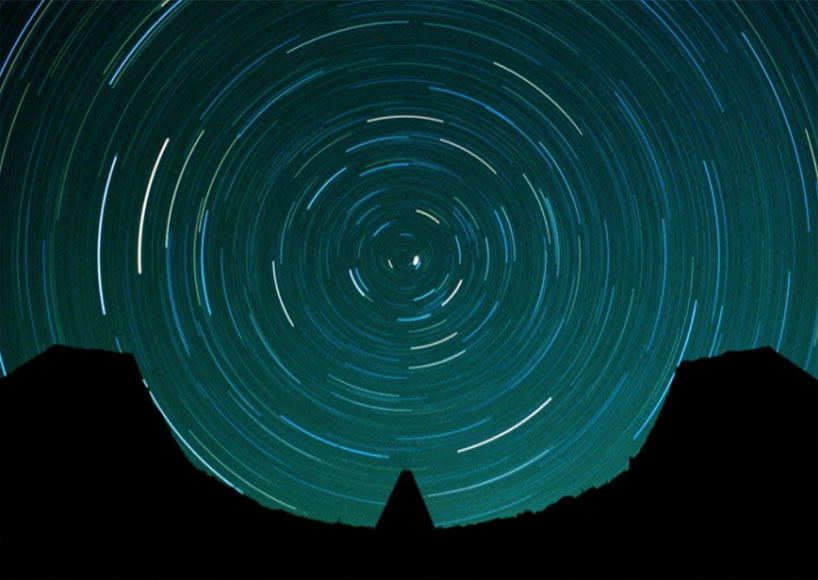 the solar pyramid, almost like a large sundial at the crest of the structure, marks daily and seasonal changes. its shadow works in conjunction with the shadow field- the flat entry area enclosed by two massive curving retaining walls whose radius is directly determined by the path of the shadow established by the solar pyramid during the solstices and equinox. it can be used to measure current time based on the length and path of the shadow. 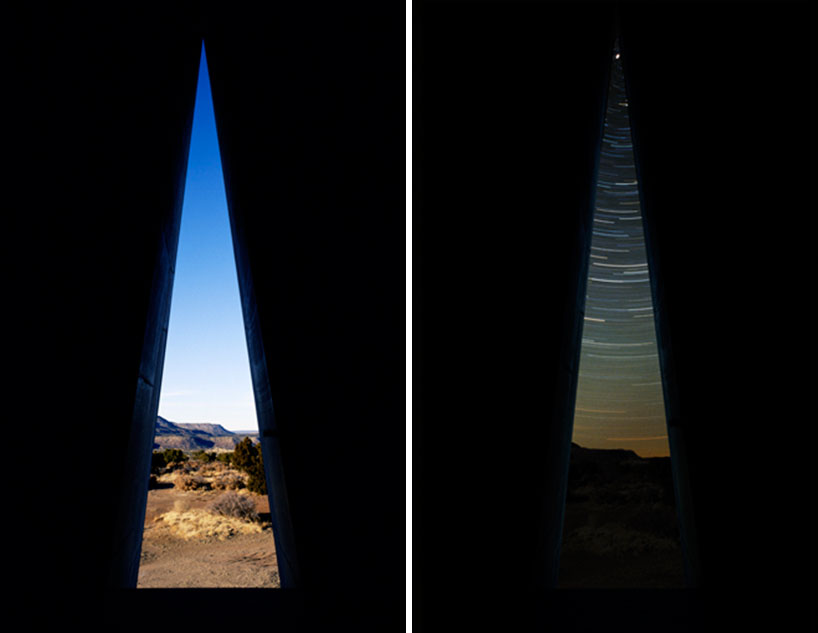 view through the hour chamber- polaris is located at the top-most point of the triangular opening, all other stars will take exactly one hour to pass from the left wall to the right
image © charles ross

inside the solar pyramid, a dark room with a tall triangular opening forms the hour chamber. in this space, polaris appears at the very climax of the triangular opening. any star in the field of vision will take exactly one hour to travel the 15-degree difference between the west edge of the opening to the east, effectively mapping the rotation of the earth in one hour. 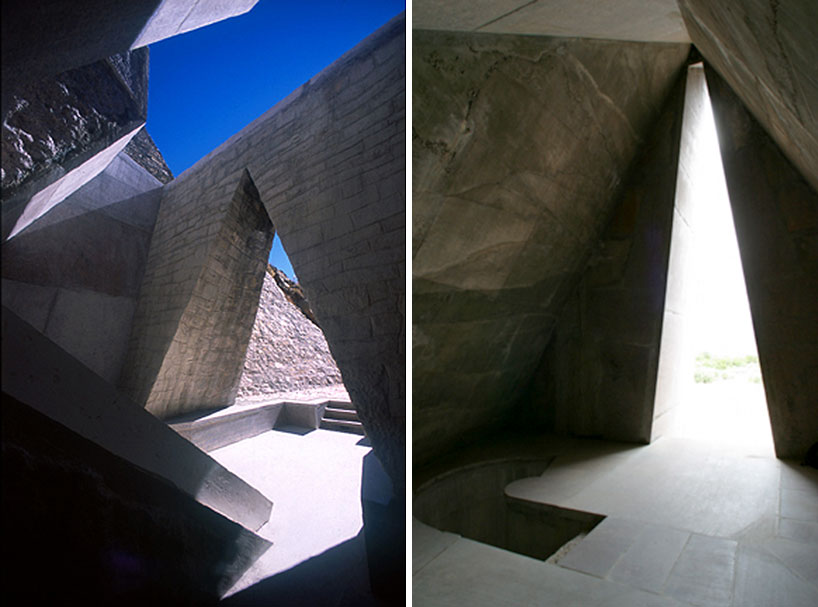 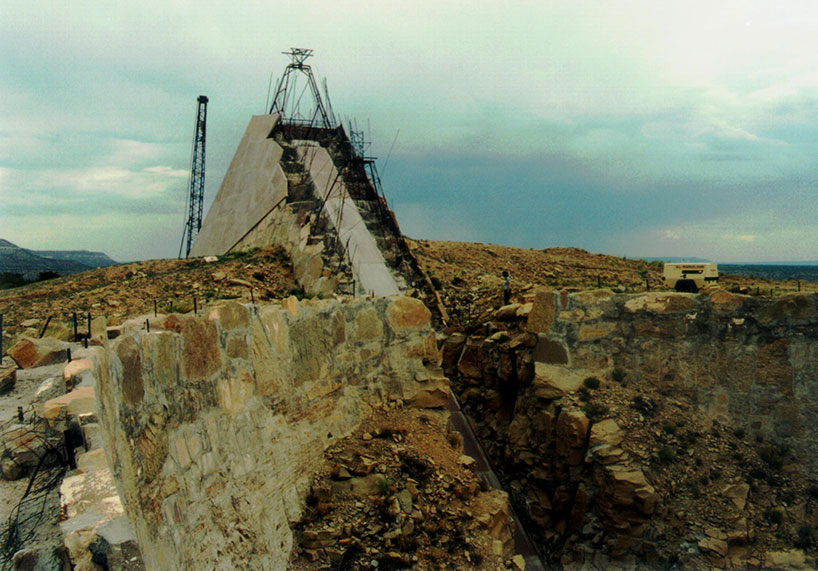 construction
image courtesy of the center for land use interpretation 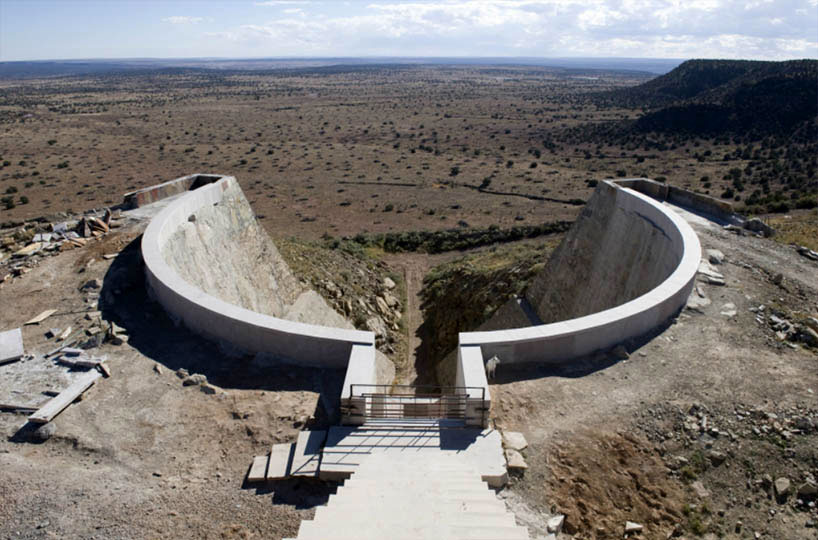 view from atop the solar pyramid
image © charles ross 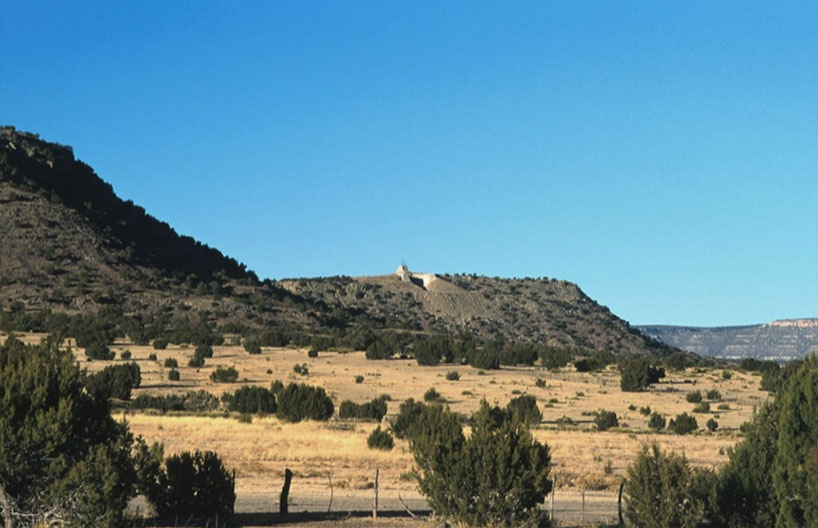 the site- nestled into a mesa
image © charles ross