the mountains — the simple lifestyle of its people and country — were a passion of charlotte perriand and had a considerable influence on her artistic production. she also developed concepts for different mountain shelters, the ‘hôtel le vieux matelot’ in saint nicolas de véroce (haute savoie), the shelter bivouac (1936-1937) and the refuge tonneau (1938). 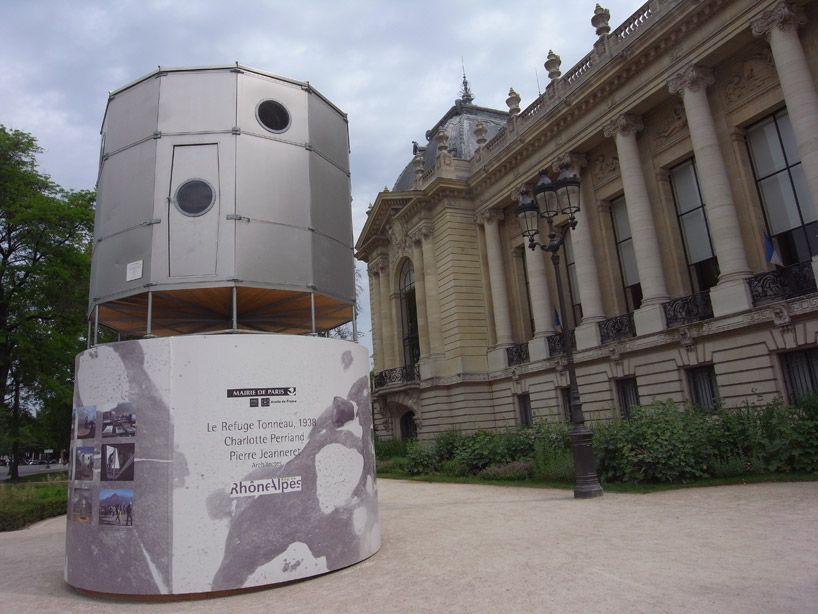 overall view outside of the petit palais in paris image © designboomduring the construction of her first mountain refuge camp, in collaboration with andré tournon, charlotte perriand put into practice the concept of prefabrication. the refuge camp for 6 people was placed on the col du mont-joly, near megeve haute-savoie. all components were prefabricated and organized around a tubular steel frame. she used aluminum components for the many qualities possessed by this material: it is lightweight (can be transported easily) and robust (it can withstand difficult weather conditions). the construction was adaptable to different locations and could be mounted and assembled in just 4 days. to cope with the reduced interior space (8m2), charlotte perriand imagined a compact and easily transformable ambient. the beds were removable and served as benches during the day, cubic stools served as storage for personal belongings … 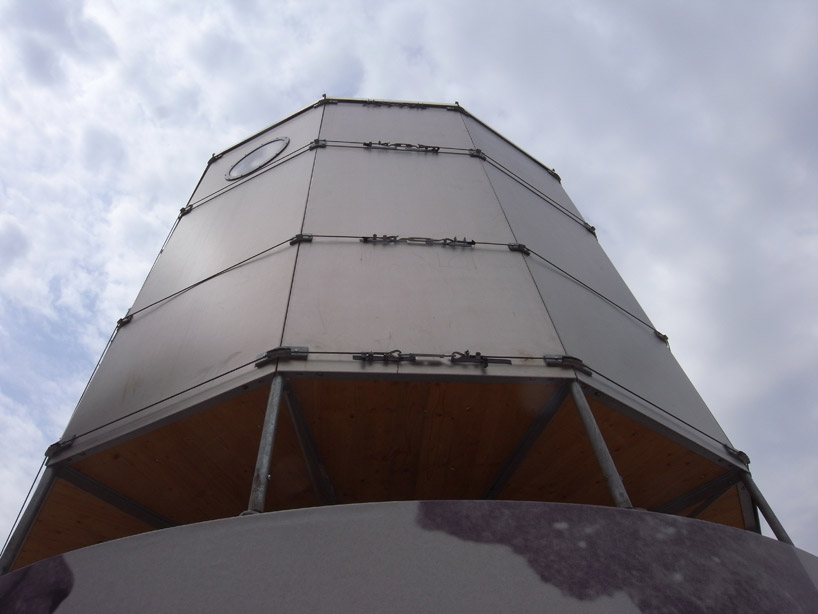 looking upwards image © designboomher last project, the ‘refuge tonneau’, made improvements at a structural level but remained unfinished for reasons of lack of funding. the refuge tonneau project was the prototype of three versions of different lodging capacity. the concept had to do with a faceted cylindrical shaped, or wine barrel shape. the prefabricated shelter was made of different ready-made parts that were assembled in situ in a short time. just as in the bivouac project, studies thermal and ventilation requirements, resistance to wind, techniques for easy assembly, durable materials were made and transformable furnishing was preferred, in order to accommodate sleeping and daytime activities. 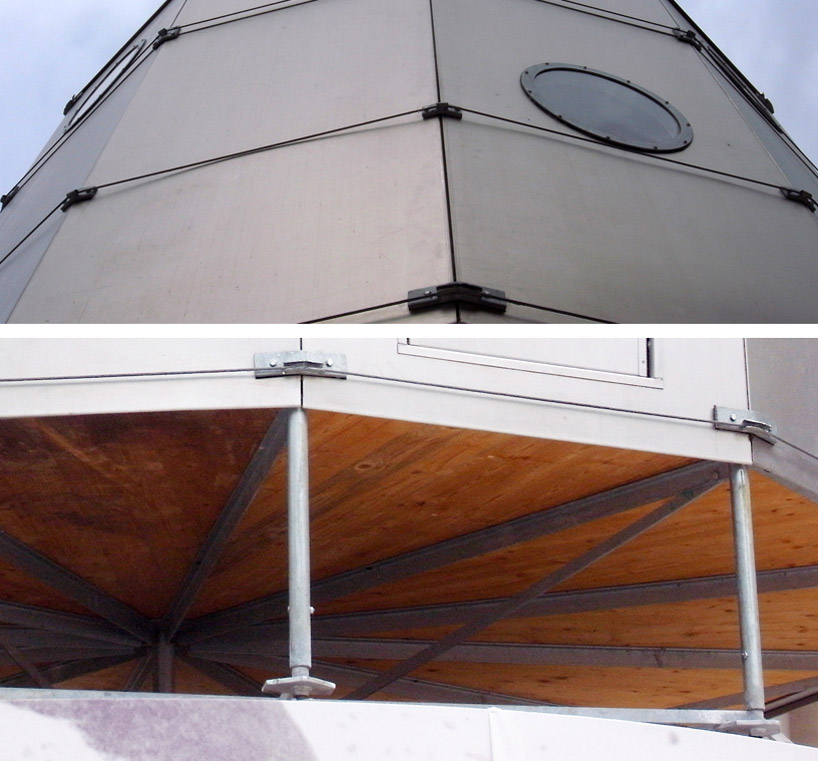 details images © designboomthis kind of faceted cylindrical form permits the tightening of the joints of the panels. the accumulated snow would slide towards it’s perimeter. given the fact that a great amount of snow would be accumulated around the aluminum shelter, pierre jeanneret and charlotte perriand imagined a sort of ‘ bucket’ in the snow in a way that the surrounding covering snow would protect the shelter from strong winds and diminish the loss of interior warmth.

through photography scharlotte perriand expressed the perfect harmony and pure spaces of the mountains. she enjoyed long walks and drew her creative freedom from these experiences in nature. 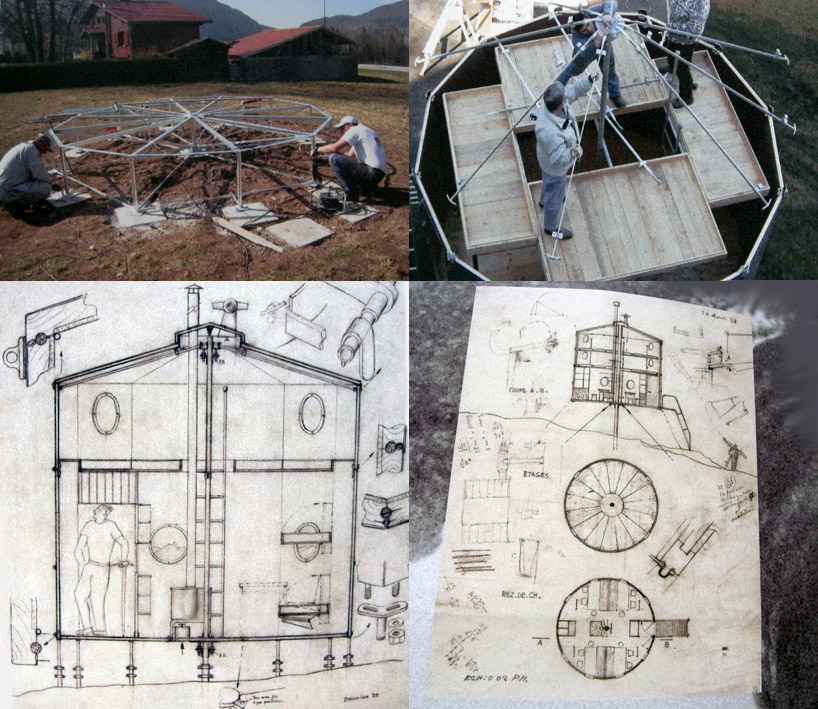 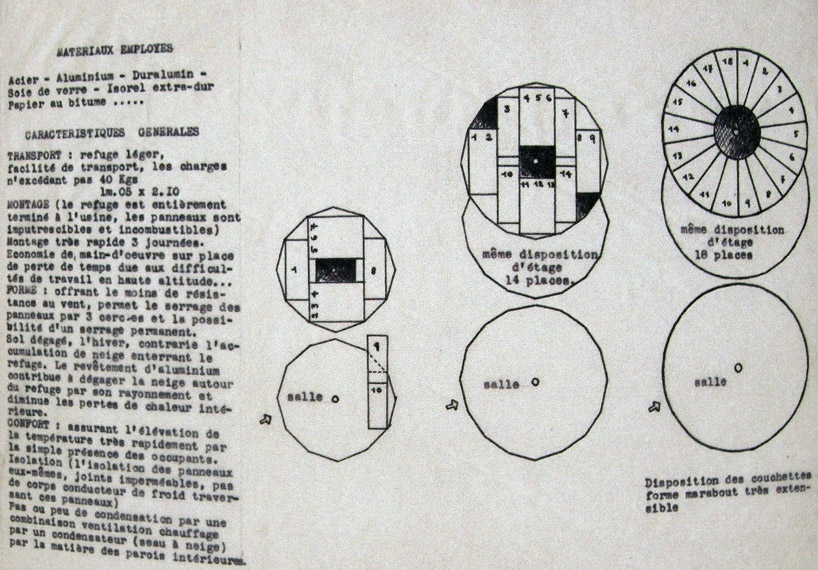 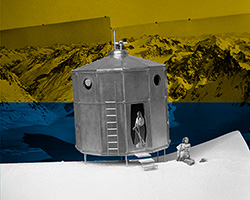 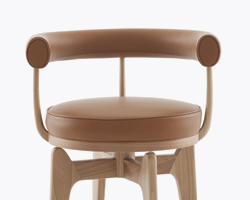 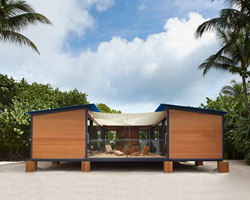 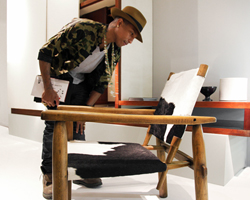 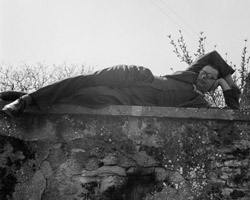 May 13, 2011
charlotte perriand: from photography to design