the chengdu tianfu international airport (TFY) in china was officially inaugurated with a sichuan airlines flight to beijing taking off the runway. located 50 kilometers from downtown chengdu, the airport has an initial capacity of 60 million passengers per year, and has made chengdu the third chinese city to have two international airports, following shanghai and beijing. designed in collaboration by the china southwest architectural design and research institute, the china airport construction group corporation and french architecture practice ADP ingenierie, the airport had a total cost of 70 billion chinese yuan (USD $10.8 billion). 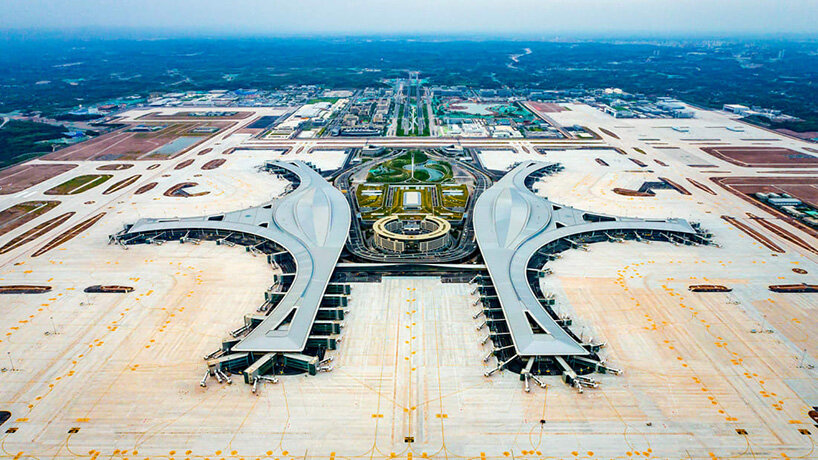 the chengdu tianfu international airport (TFY) covers a total area of 710,000 square meters and features three runways and two terminals — three more runways will be added in phase two. the buildings cover over 330,000 square meters, which equal to 46 standard football fields, featuring 5 floors and 2 underground floors. the terminal building’s shape references the shape of the mythical sunbird, which represents the city of chengdu. the design features a a central hollow circular core from which 6 arms extend with both terminals mirroring each other. 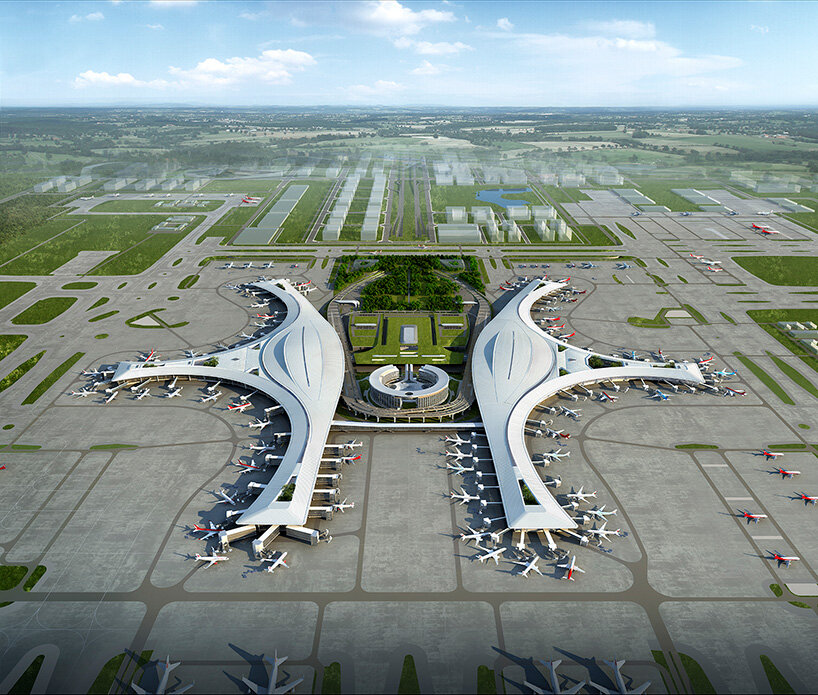 render of the airport

‘the new airport in chengdu was needed to accommodate continued rapid growth,’ aviation analyst brendan sobie told CNN. ‘china’s domestic market has already fully recovered from the pandemic and will continue to grow rapidly. given the size of the city and its central location in china, chengdu is very well-positioned to benefit.’ 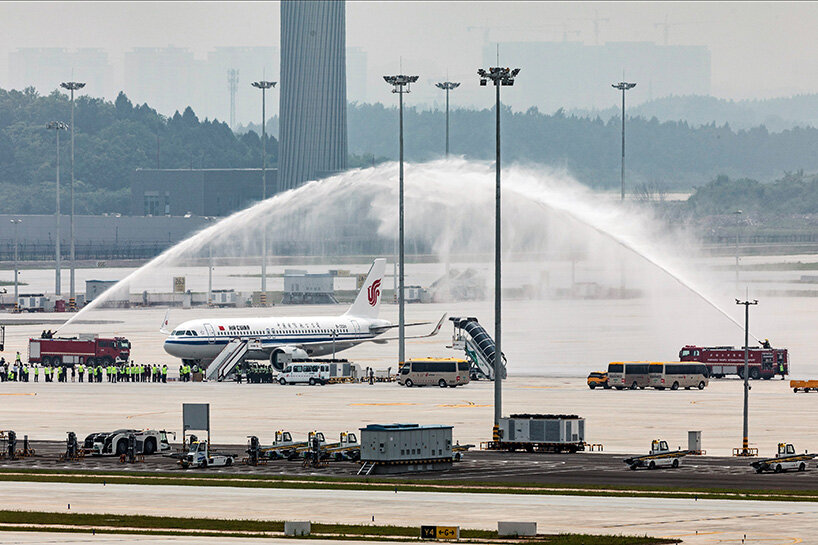 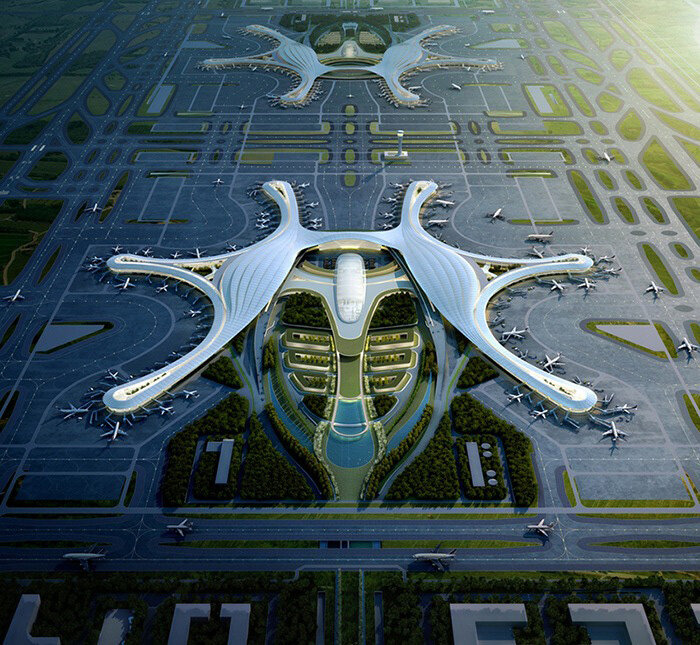 ‘based on the client’s requirements, our planners and architects put forward a concept where the two buildings are distinct while sharing the same architecture,’ said ADP ingénierie’s regional managing director for asia pacific, jean-yves coulot. ‘one will primarily handle international flights while the other will handle domestic traffic, giving a clear understanding of their respective functions. the piers and processors are slightly angled in order to propose an airside corridor connecting them as they share this idea of two terminals hand in hand. the space in between them allowed us to build a compact ground transportation centre, commercial areas, hotels, and parking facilities that will help create a lively hub for the airport city and a comfortable connection between air travel and ground transportation where passengers can move freely, walking from one place to another without crossing any traffic. we wanted to build something on a human scale to maximize efficiency, keep walking distances to a minimum and enhance the passenger experience.’ 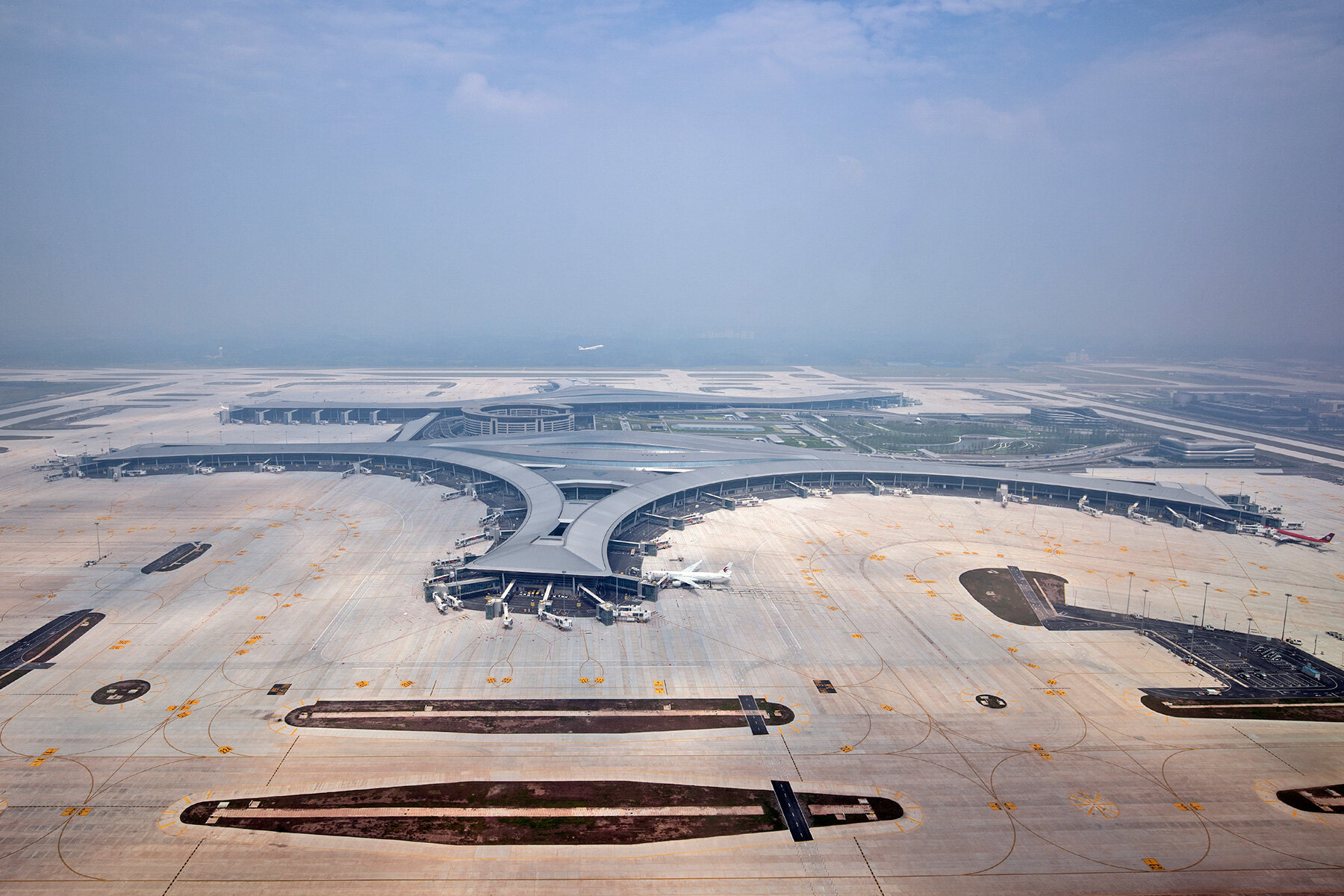 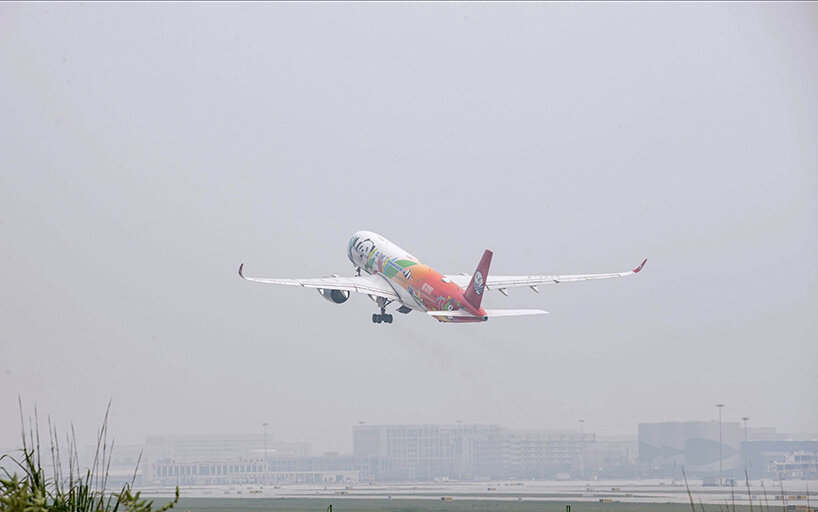 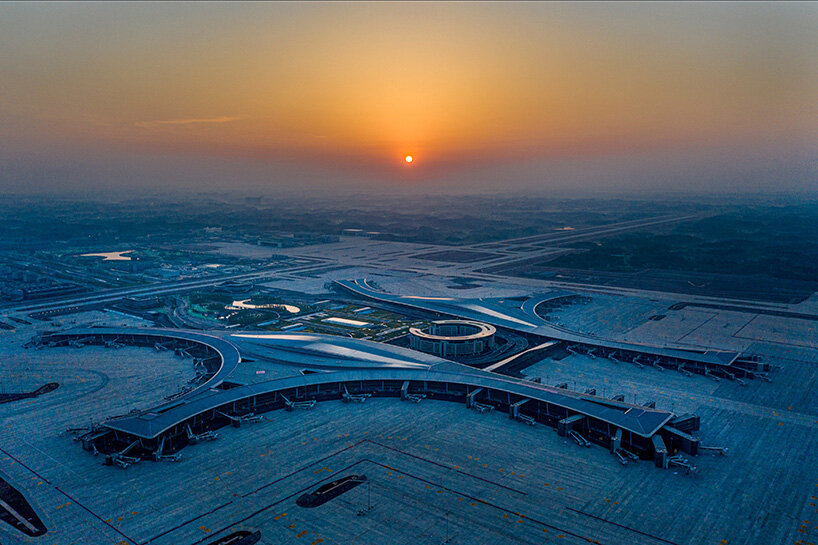