‘…the suburb has turned worldwide into the synonym for faceless communities, lacking the merits of urban civilization by not-outsourcing social, cultural, economical and commercial aspects from the city centre into the new, development driven, but socially undeveloped new town and community centres. the idea of affordable living in a natural environment, benefiting from the closeness to the city’s rich offer in commerce, culture and economy has mostly turned into anonymous living far-off urban achievement.’ – cheungvogl 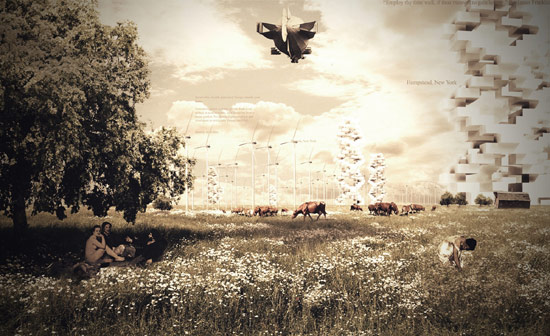 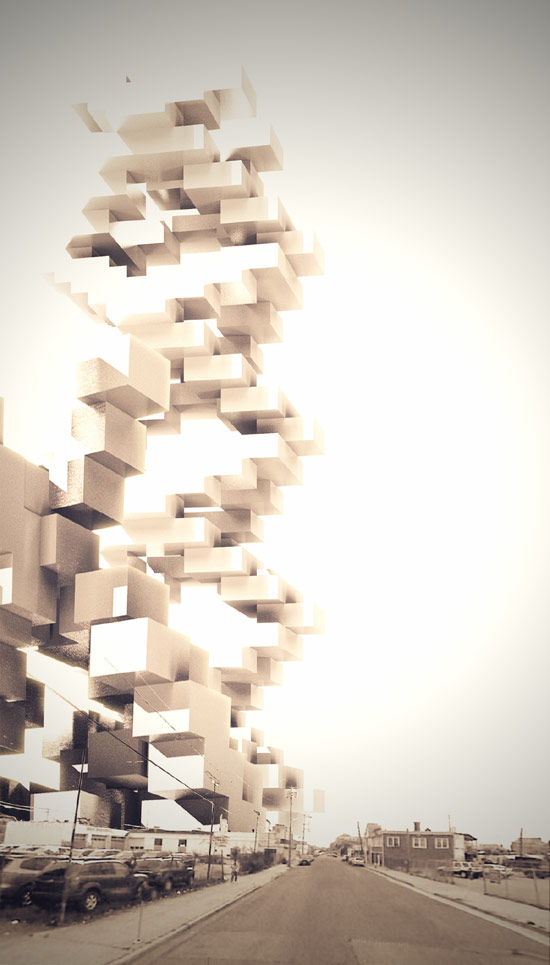 the project zeros in on hempstead as a town that, due to its proximity to the cultural hub that is new york, has never had the opportunity to grow as an independent community. this same dilemma has stopped many suburban towns from growing from the inside out and establishing a strong cultural identity, something that is pivotal for the residents’ contentment. with this observation, the proposal aims to reunite suburban life with social, cultural and economical context. ‘100% content’ is a master plan for an extension of new york city, turning hempstead and many other communities into places with social identity, diversity and permeable connectivity.

‘manhattan has a high population density because there are few places like it.’

‘100% content’ uses a thin plot in downtown hempstead (1085m x 140m between main street and franklin street) as its testing grounds. the existing vacancy found in parking lots is seen as a ‘high potential area’ and injected with social, economical, and environmental context.

timeline: the effect of digital advancement on the way we see and live in suburban communities 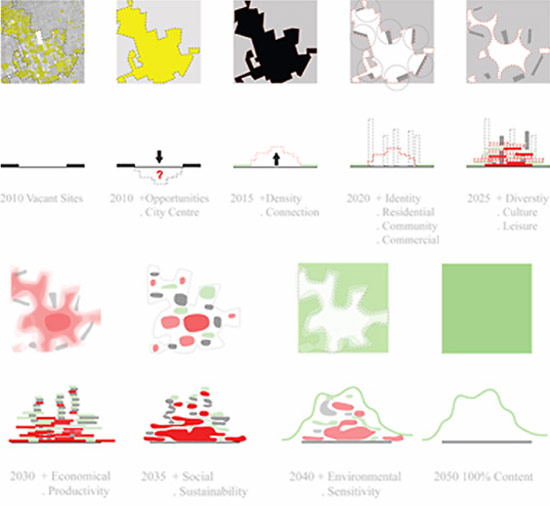 (left) manhattan in relation to central park; park is a separate entity from the surrounding buildings (center) hempstead 2010 with no green space (right) hempstead 2025 with green elements integrated into the downtown infrastructure