‘seven chambers’ by hong-kong based studio cheungvogl (judy cheung, christoph vogl) is a new conceptual exhibition space in dalian, china. recognizing the important and all too defining role that our sense of time plays on the perspective of the past, the design aims to present art in a context-free space that encourages individual reception, reflection and interaction.

consisting of seven teardrop-shaped pods, the group of structures are loosely strung together in a single route. dramatically lit from above, the dark path is to mimic a sensorial travel through time. the vague and isolating spaces intentionally cut the visitors out of the context of the present to create opportunities for silent encounters with various objects and art pieces.

in contrast to the timeless interior, a subliminal sound installation outside invites the visitors to experience and connect to the surroundings. an area designated to the practice of tai chi chuan, an elemental traditional chinese exercise that facilitates the understanding of coherency between individual and context. 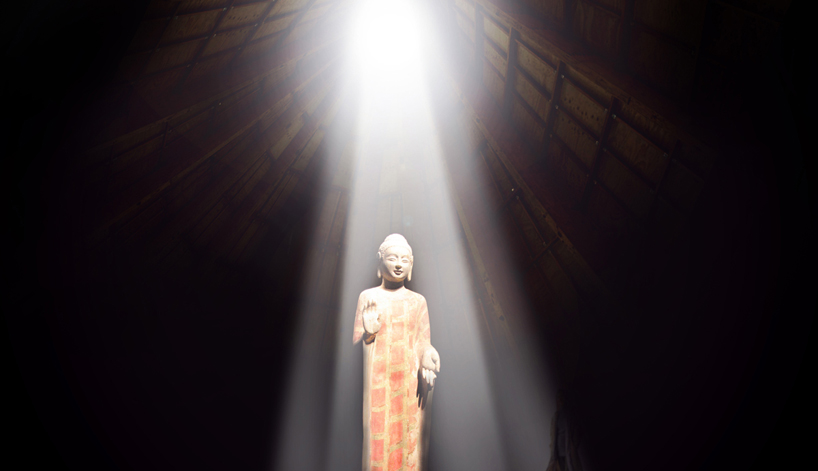 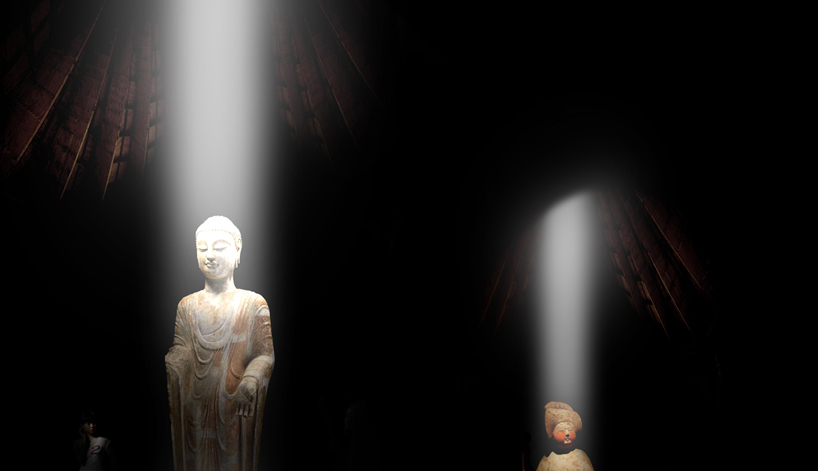