the city of chicago has announced the winning entry for the international competition to design the new global terminal and concourse for o’hare international airport. studio ORD, a collaborative effort led by jeanne gang, presents a design that celebrates the american city’s continued legacy as a city shaped by lines of movement. like the confluence of the chicago river, the design’s converging three branches generate a centralized hub that establishes a vibrant new neighborhood in the heart of o’hare’s campus. curving to increase efficiency, wayfinding, and connectivity, the three-part form merges terminal and concourse into a single building. the design held off competition from other big names, including santiago calatrava, SOM, and foster + partners. 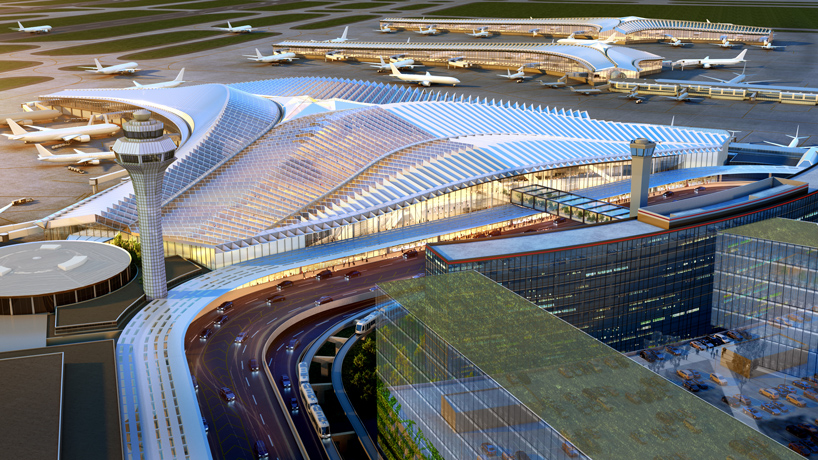 all images courtesy of studio ORD

studio ORD represents the collaboration led by studio gang in partnership with solomon cordwell buenz (SCB), corgan, milhouse engineering and construction, and STL architects. the tripartite proposal was designed to reflect the legacy of the great city. at the confluence of the three branches, a dramatic oculus welcomes visitors under a six-pointed glass skylight whose geometry references the chicago flag. beneath the oculus is a vibrant new neighborhood which unfolds around an expansive central green. evocative of a lively chicago street, the space can support pop-up events, music, and informal gathering. when seen from above, the building greets passengers with a recognizable chicago icon — the city’s ‘Y symbol,’ or municipal device, that represents the branching chicago river. 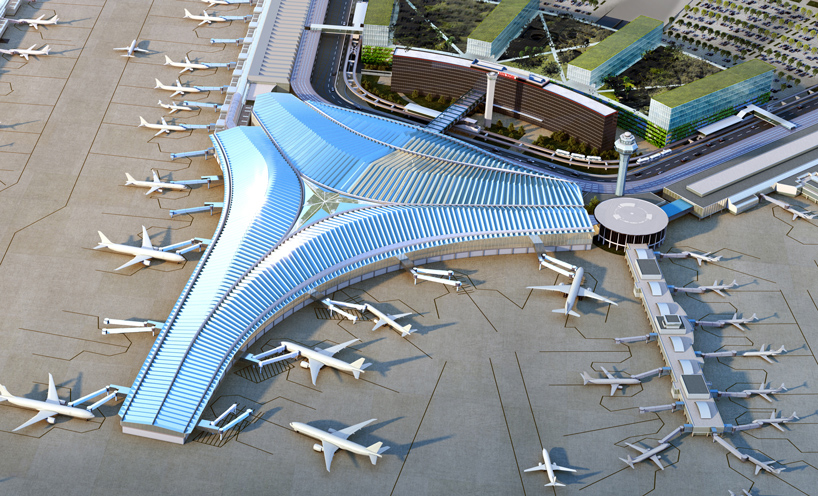 a pleated roof of long-span steel trusses is clad in wood and maximizes natural daylight and energy efficiency. this roof, surrounding the oculus, is supported by Y-shaped columns spaced over 100 feet apart that distribute the structural load to maximize circulation and ensure flexibility to accommodate changes over the terminal’s lifespan. a light-filled mezzanine above the concourse houses ticketing and security for departing passengers. culminating in a dramatic overlook, the mezzanine offers expansive views of the airfield beyond and of the neighborhood and gates below, helping passengers orient themselves and heightening the excitement of travel. 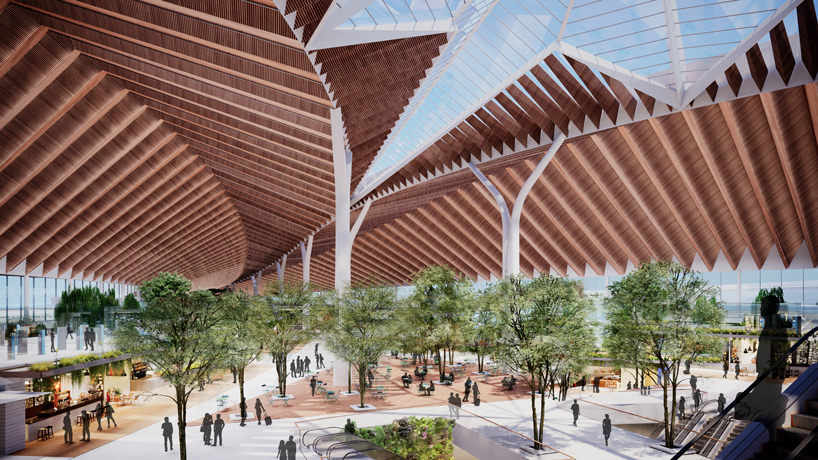 jeanne gang, founding principal of studio gang and lead designer of studio ORD comments: ‘every aspect of the design is focused on creating a uniquely chicago experience. it embodies the city’s fundamental geographic asset: a place of convergence of paths of movement both natural and manmade. our design creates a new chicago neighborhood that reflects the culture, traditions, and diversity of the city. its exposed structure, interior streets, and bustling activity express our city’s trajectory as a center of movement, exchange, and growth.’ 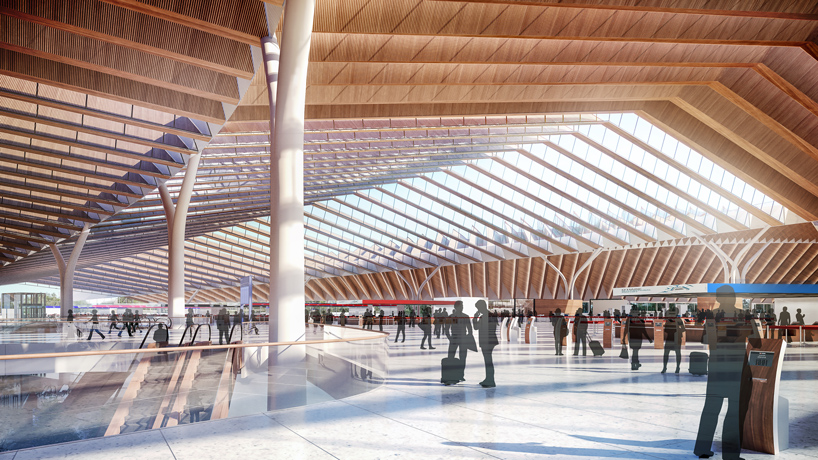 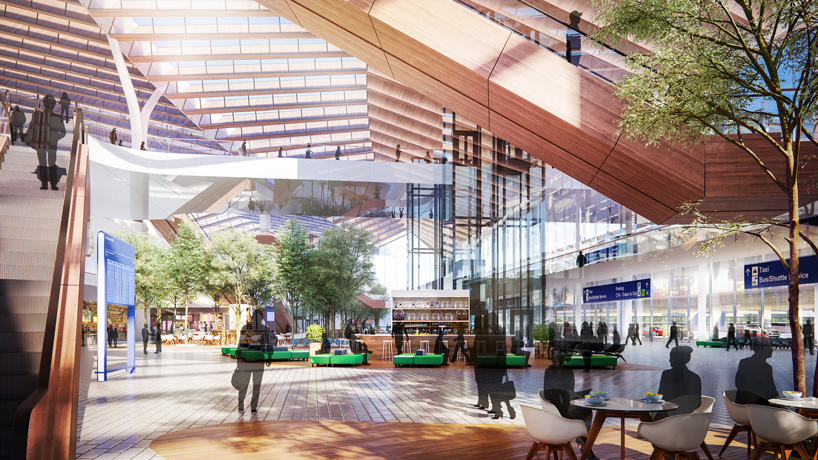 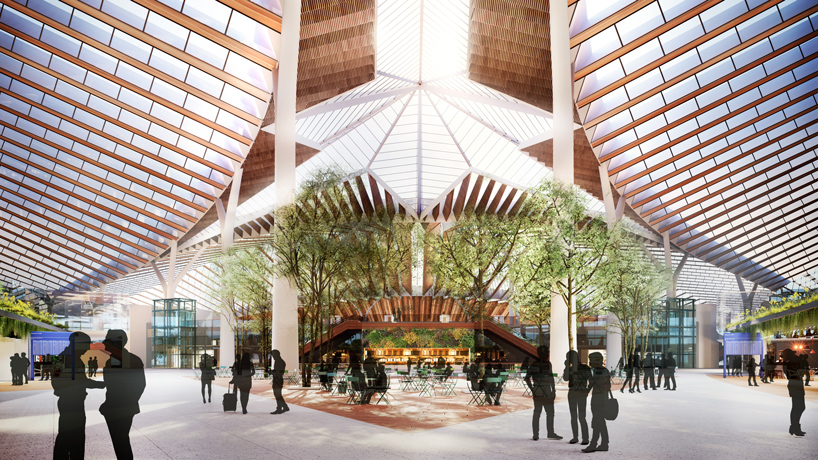