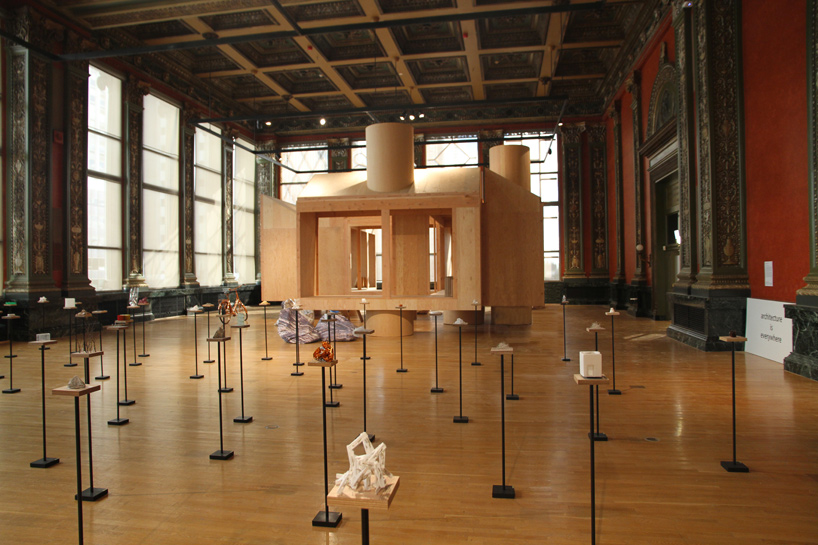 on the occasion of chicago’s inaugural architecture biennial, new york-based MOS architects has constructed ‘house no.11 (corridor house)’ — a full-scale dwelling comprising several individual components. each of these orthogonally positioned modules approximates the dimensions of a standard corridor and a sheet of plywood measuring 5×10 feet, (1.5×3 meters). consequently, the overall configuration is loosely organized around a collection of external spaces, but remain disconnected from the ground plane. 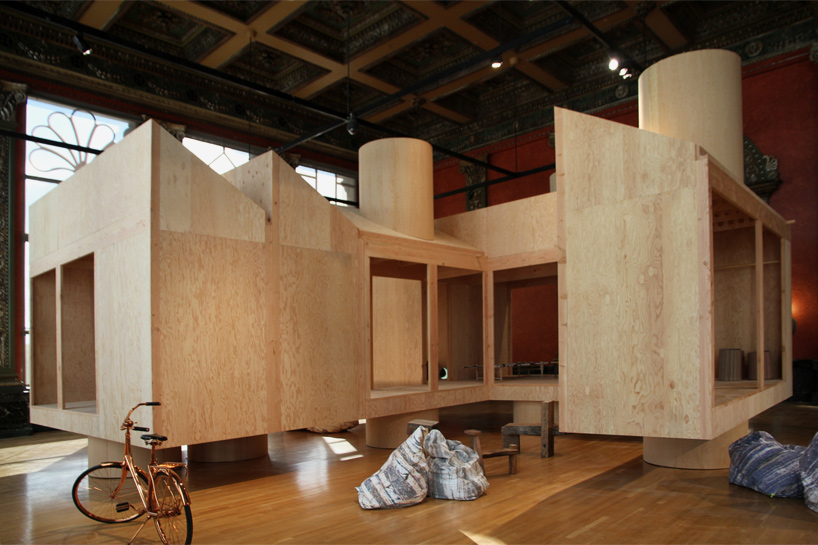 ‘at some point, before the existence of twitter, the corridor killed a certain type of architecture,’ states MOS. ‘courtyards collapsed into light wells; diagrams became buildings. it was all about transit, all the time. architecture focused on the circulation of things, people, air, light, goods. space became a lubricant. it was almost spiritual. architecture embraced the new efficiency of the short circuit, a faster way of getting from one place to another. as space was replaced with movement, stuff was jettisoned, and the leftovers piled up. nowadays, corridors are a necessary afterthought, an indifferent space joining ‘this’ to ‘that’ in houses everywhere ‘house no.11’ occupies that circuitry.‘ 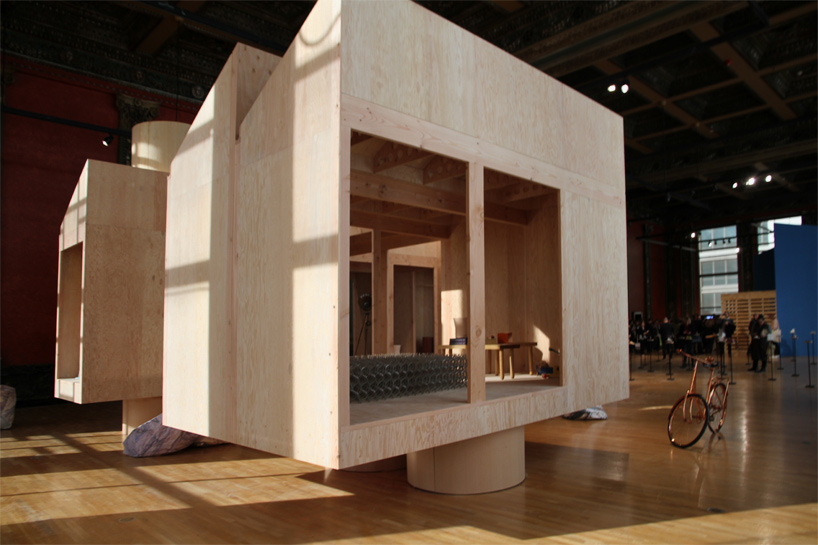 intended to resemble ‘the strange figures of suburban vernacular corridors along with the openness of a miesian courtyard house’, MOS architects’ design uses the standard dimensions of corridors, but reconfigures them to maximize internal living space. different areas of the habitable installation include a bed, a desk, chairs and a bath tub. vo trong nghia architects and selgascano have also constructed full-scale dwellings as part of the same exhibition — see their respective designs here and here. 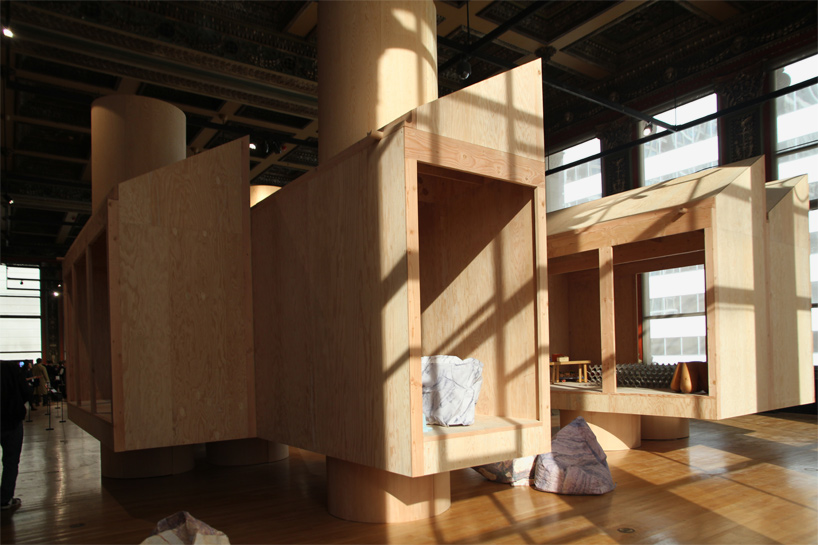 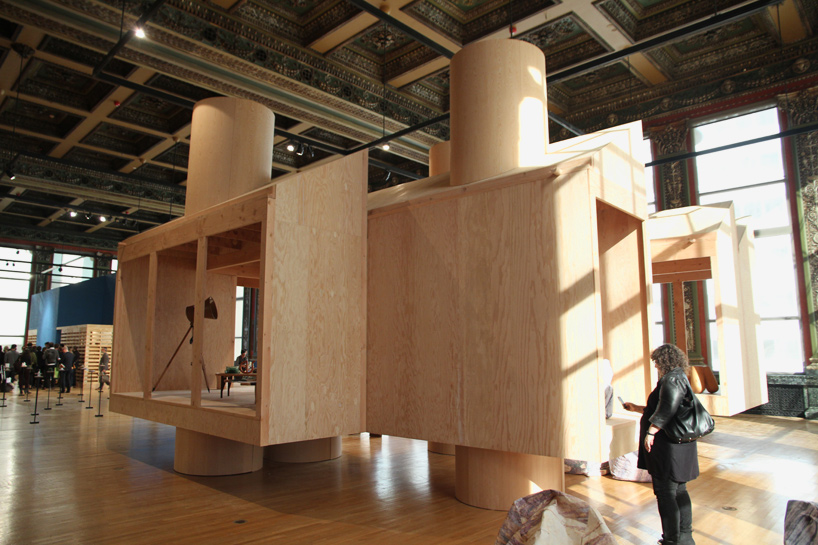 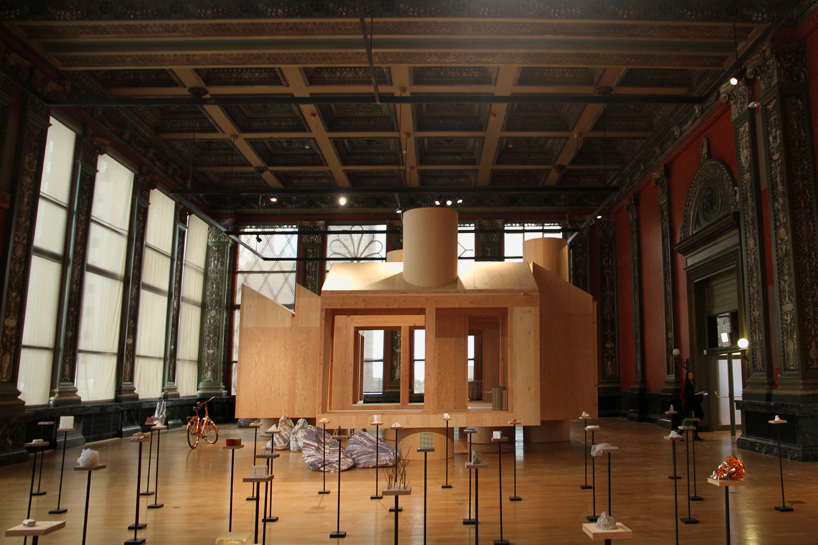 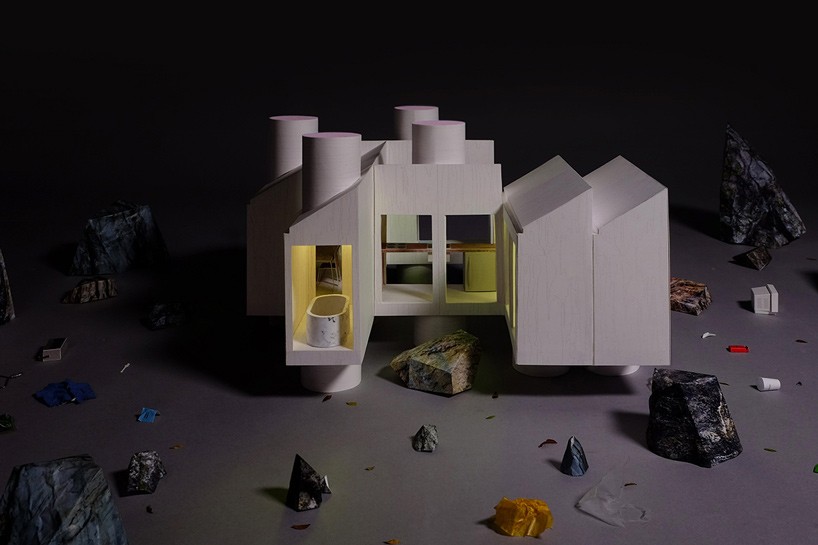 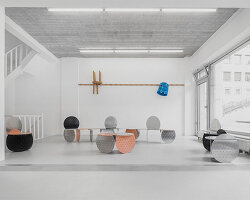 Sep 27, 2021
the pragmatic, the functional, and the simple. the shakers interpreted by MOS architects 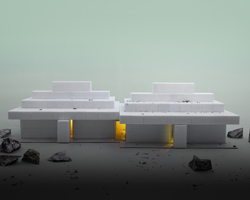 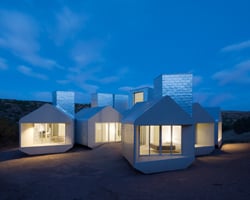 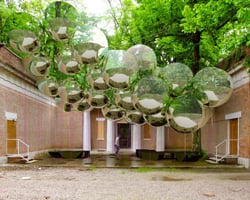