johnston marklee has presented an installation at the museum of contemporary art chicago, which coincides with the inaugural chicago architecture biennial. located within the institution’s onsite café, the immersive and experiential design references the predominant grid devised by the building’s original architect, josef paul kleihues. johnston marklee, who have been commissioned to create a masterplan for the museum, also used the installation to hint at their own proposed renovation of the existing structure. 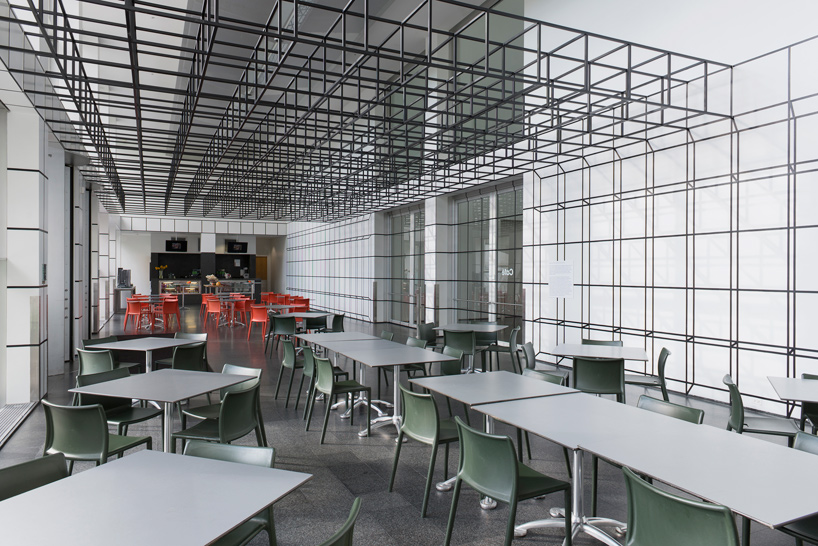 a 2 x 2 square graphic has been applied to the walls, as well as a gridded ceiling structure of aluminum box beams that cuts the double height space in half. this new overhead volume alludes to one aspect of johnston marklee’s proposed redesign of the building, where a mezzanine level could create additional space above the existing café. 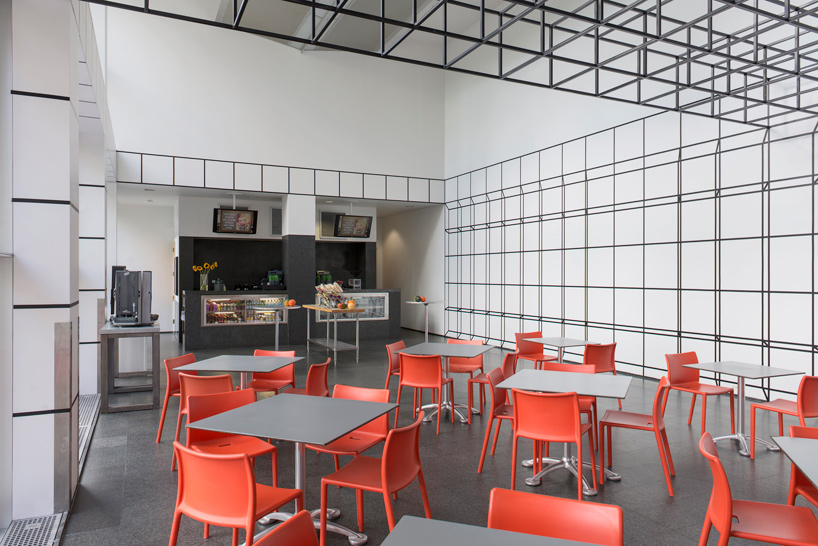 while the three-dimensional grid conveys a more intimate scale that may be part of the museum’s future, the graphic applied to the walls reveals the grid logic embedded in the existing architecture, and at the same time exposes the limitations and challenges that such rigorous geometries present. the exhibition is on view until january 3, 2016 and is curated by MCA chief curator michael darling. 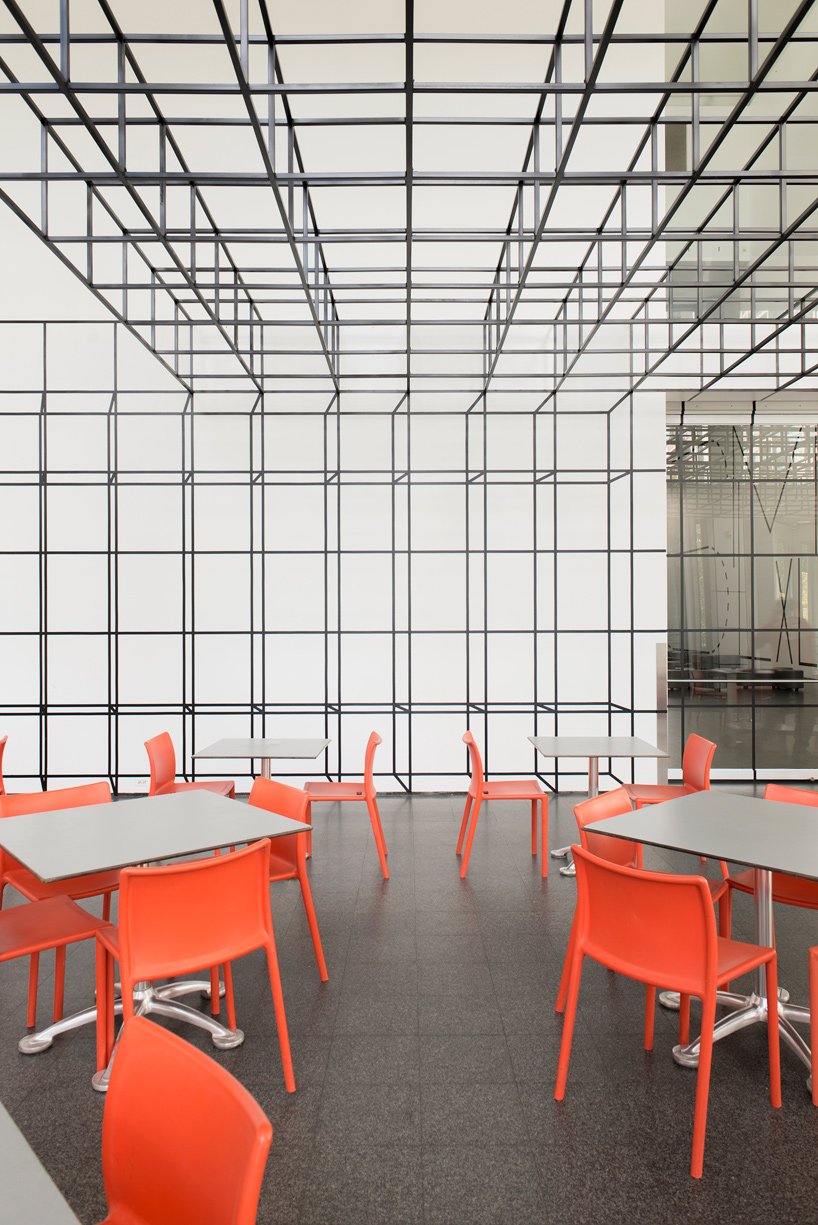 the installation hints at the proposed renovation of the existing structure 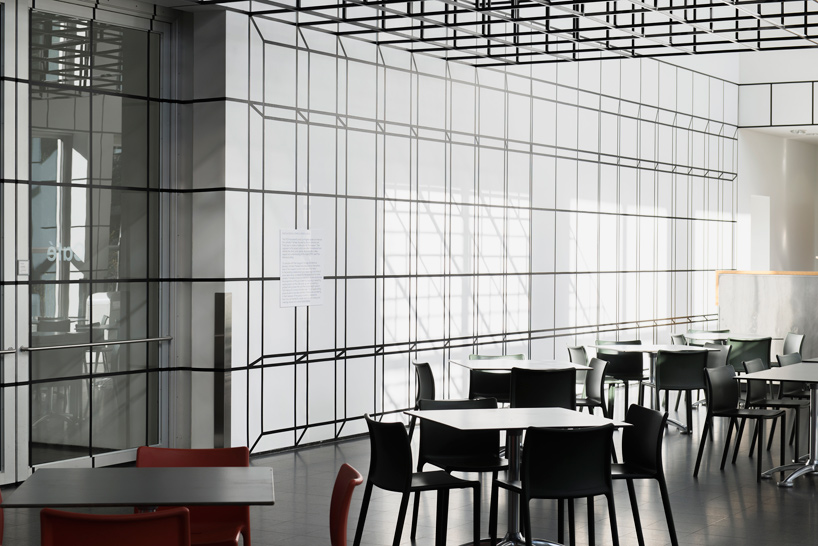 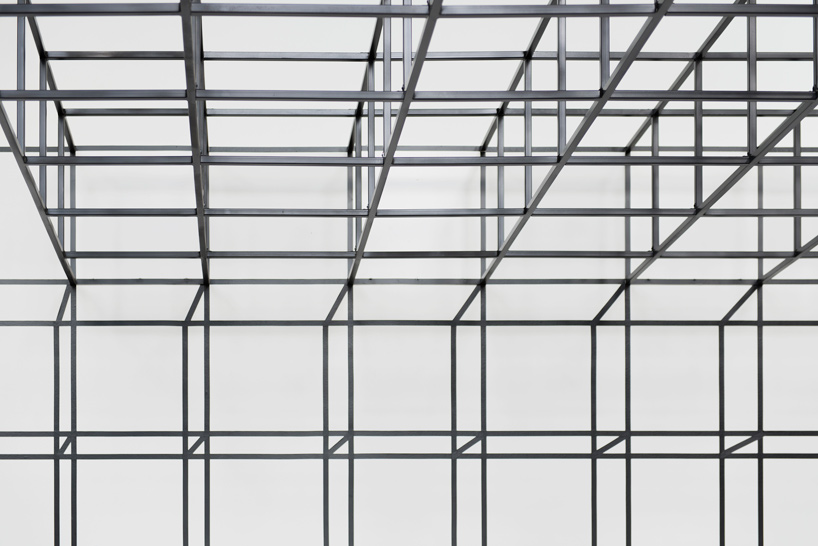 the gridded ceiling structure is composed of aluminum box beams 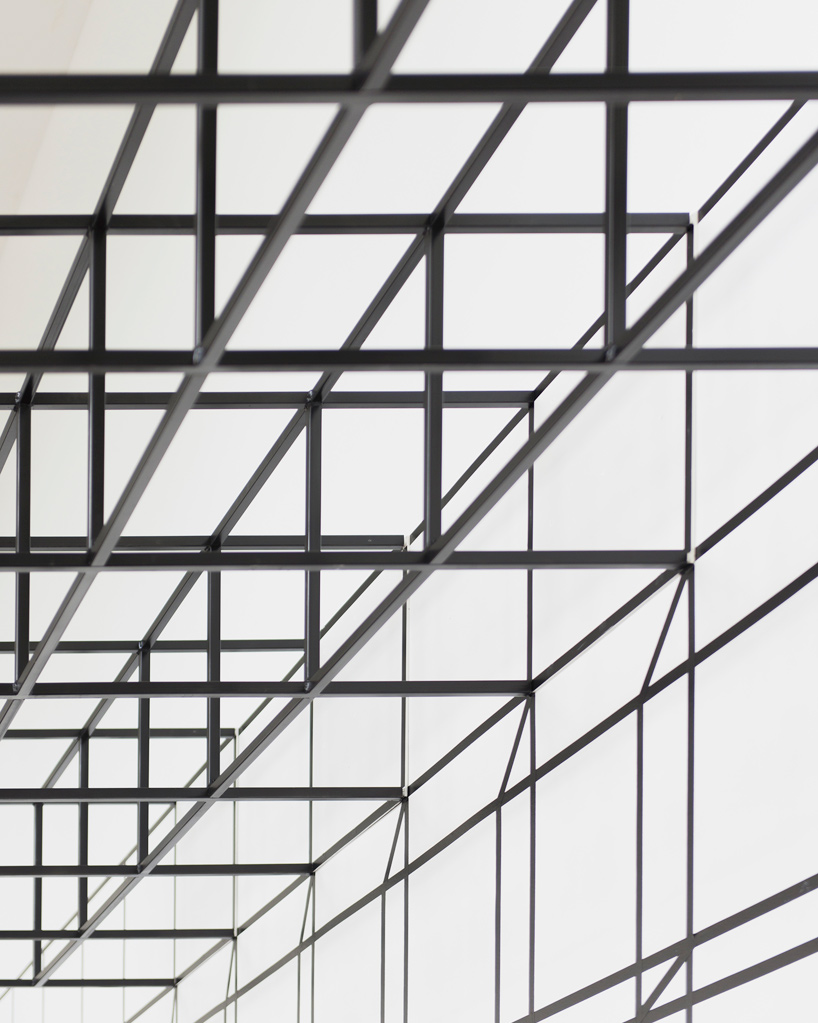 the insertion cuts the double height space in half 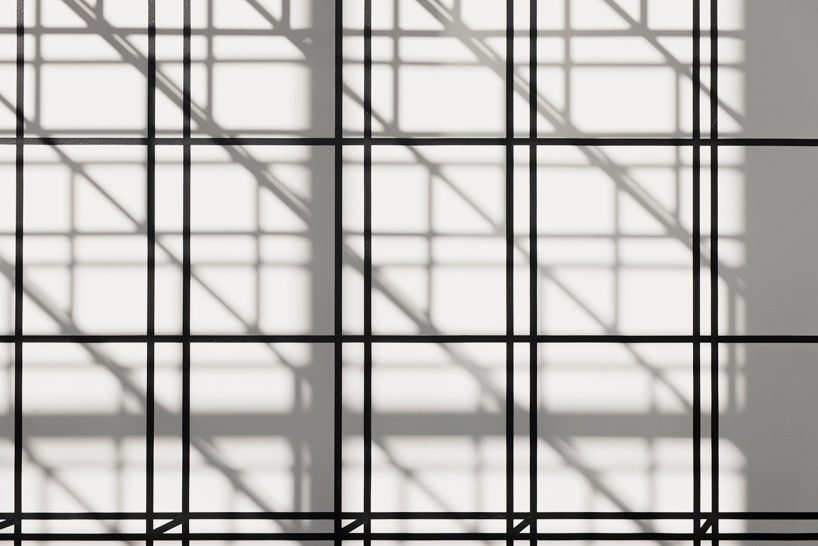 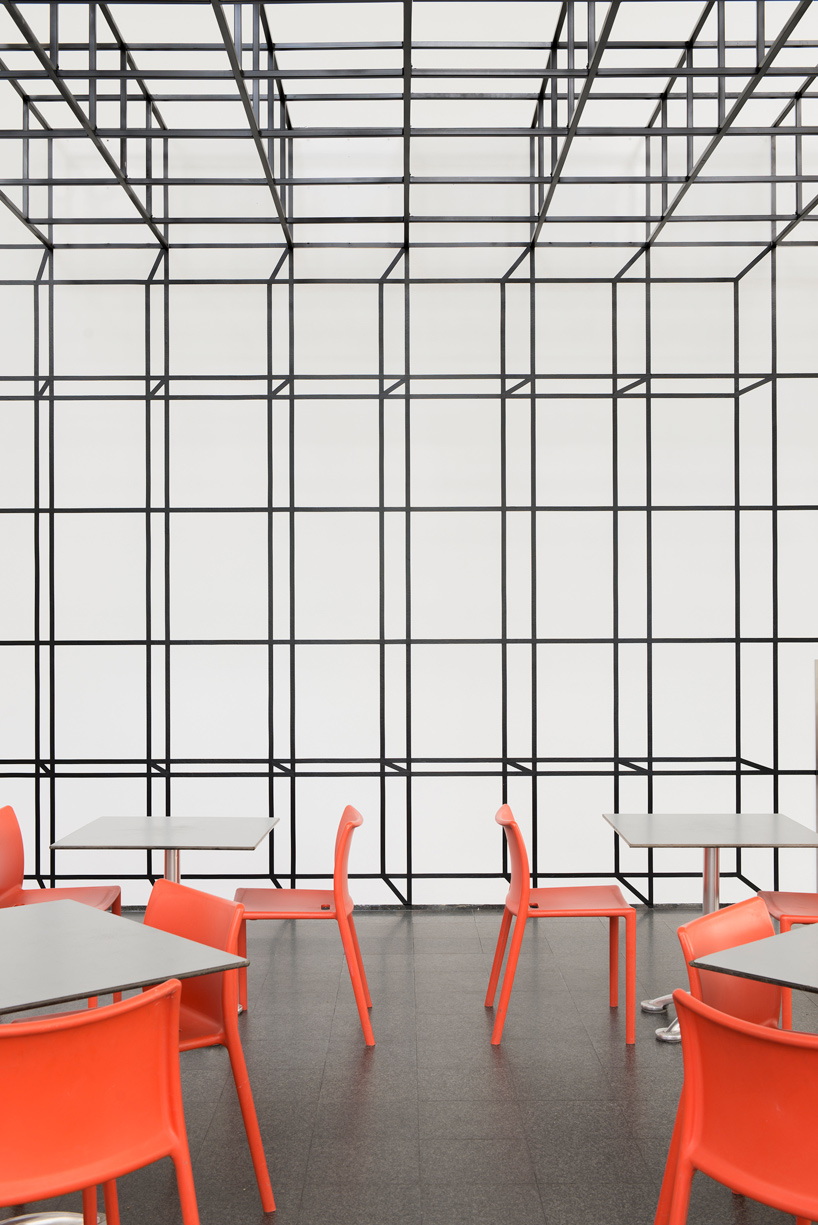 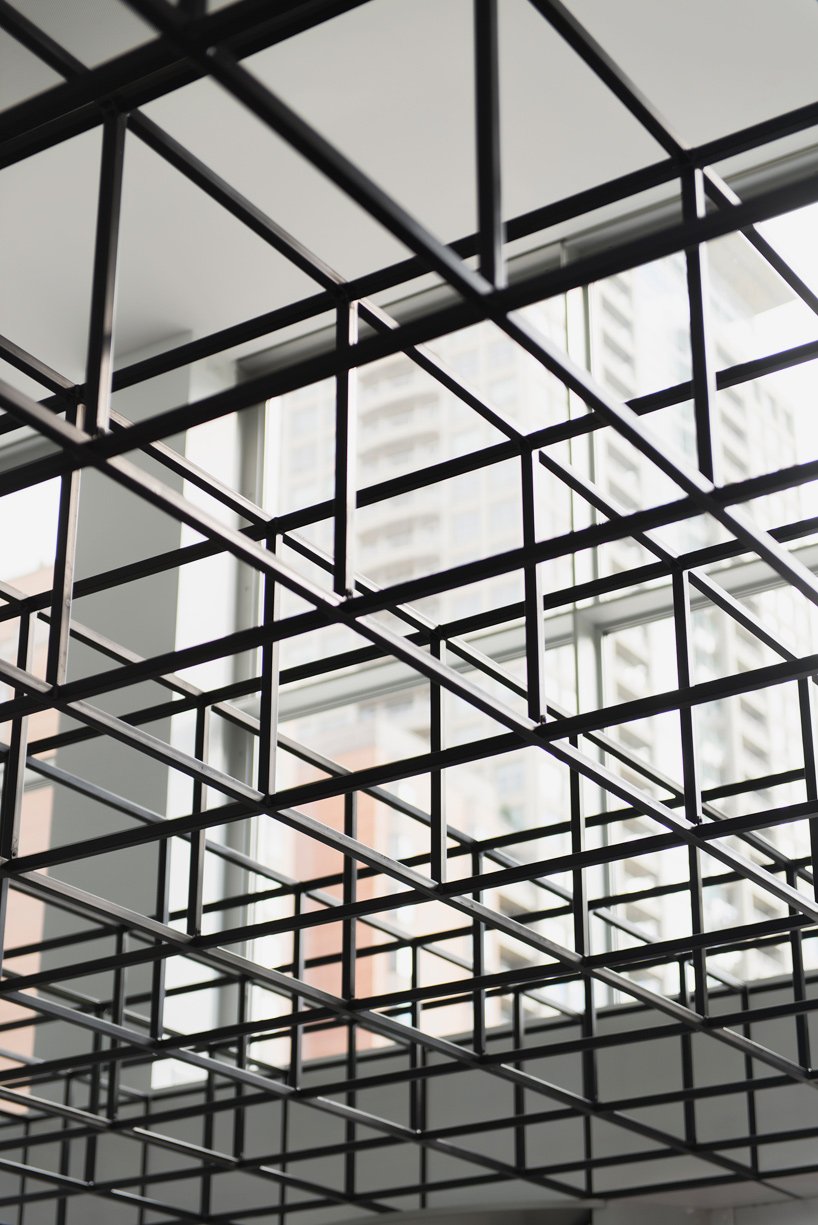 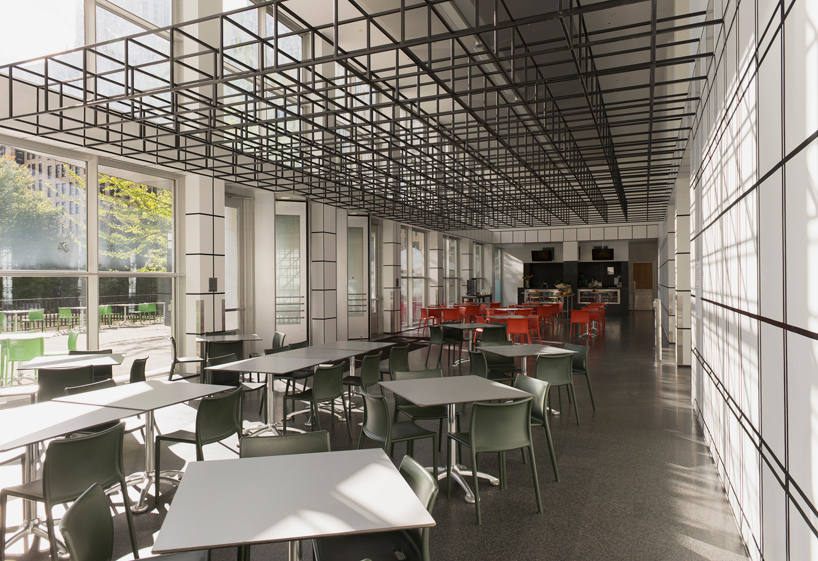 the exhibition is on view until january 3, 2016 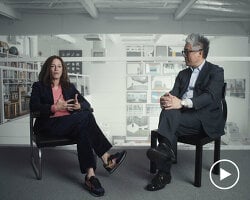 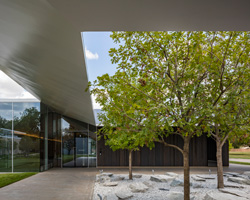 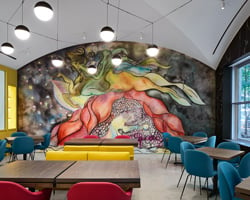 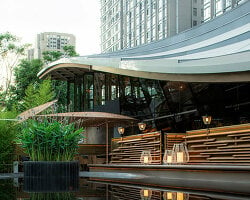 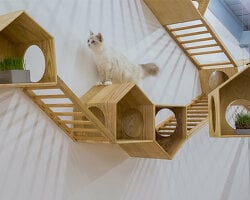 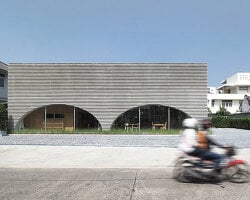