a pop-up exhibition, presented by mana contemporary in partnership with the chicago architecture biennial, documents the work of SOM and the concepts and forms that stem from the firm’s integrated practice of engineering, art, and architecture. for more than 80 years, SOM — one of the world’s largest and most influential practices — has explored the poetics of structure through examination and experimentation.

walk through of the exhibition, featuring model buildings without their architectural cladding
video © designboom

as part of the exhibition presented by mana contemporary — in partnership with the chicago architecture biennial — a lineup of more than 30 structural models are presented at 1:500 scale. SOM partner bill baker, who has led the firm’s structural and engineering practice for more than 20 years, walks designboom through the vast display — ‘the room is about scale and form. we made a series of models at all the same scale. we only modeled the structure. the question is — is the architecture still there? and the answer, if it’s so integrated, is yes — even without the skin, the architecture is the same. if the design is so integrated between the structure and the architecture, then you cant describe one without describing the other — they go together.’ 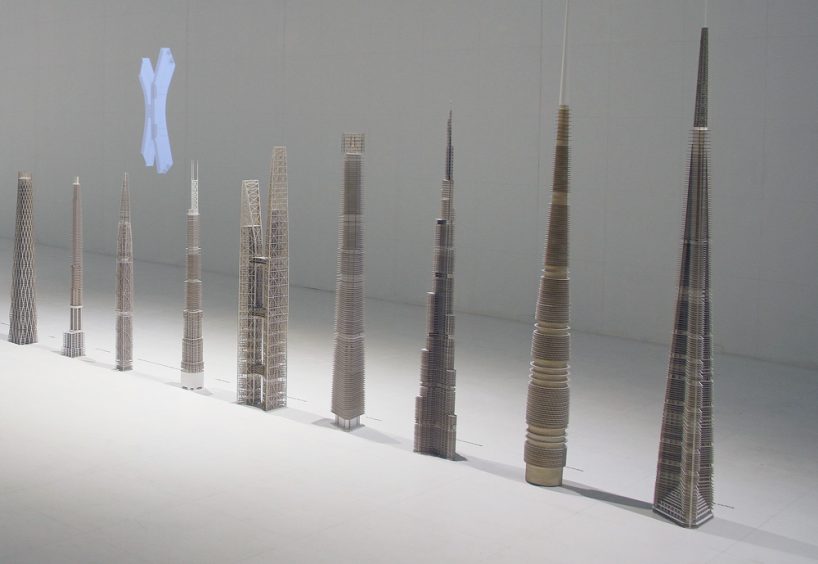 ‘when I was a young engineer,’ baker continues, ‘I was working on a renovation of a tower and I designed this monumental stair and it was really ugly. the architect was so mad, and this is what he told me: an engineer should design a structure that an architect would be ashamed to cover up. that’s kind of our [SOM’s] philosophy — even if you don’t see it, it should look good. occasionally we’ll design a structure and some cladding goes on it and all of a sudden people say ‘can we get rid of the cladding?’ not always, but sometimes…’ 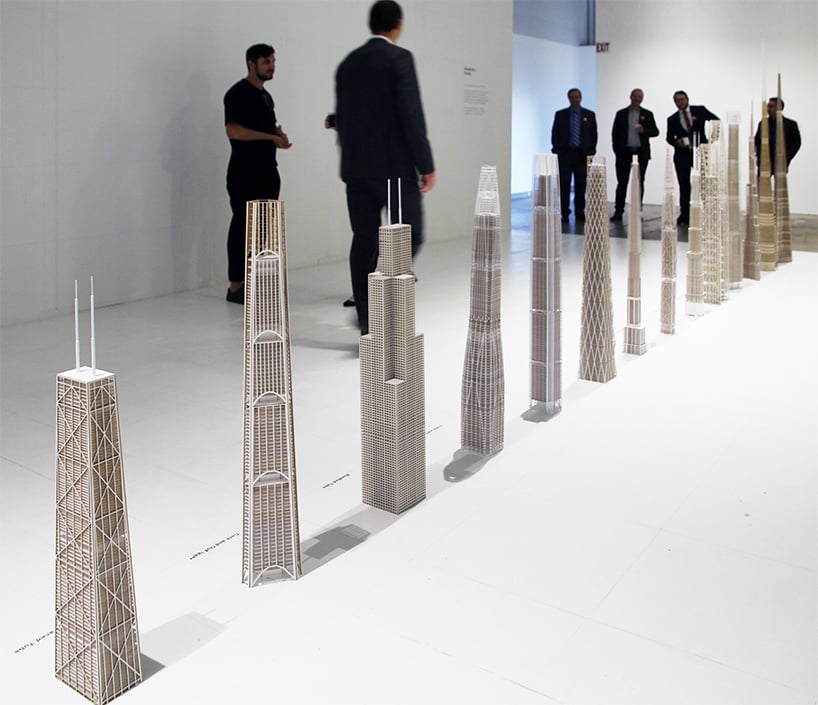 more than 30 structural models are presented at 1:500 scale
image © designboom

‘we’re architects who like working with engineers; we’re engineers who like working with architects,’ baker tells us about SOM’s overarching philosophy. ‘a lot of people come to us for that experience. this is a series of research from the last few years. we found a lot of things that are really quite organic, that we never expected to see. through this research we created design tools that can give us ideas. for example: here is a design problem, what’s the answer? well, there’s no one answer. you get ideas you never would’ve thought of. we do a lot of work with ‘graphic statics’, which is an old methodology. we’re trying to write programs so that the architects can look at the forces while they’re laying out a geometry — because this is all about geometry.’ 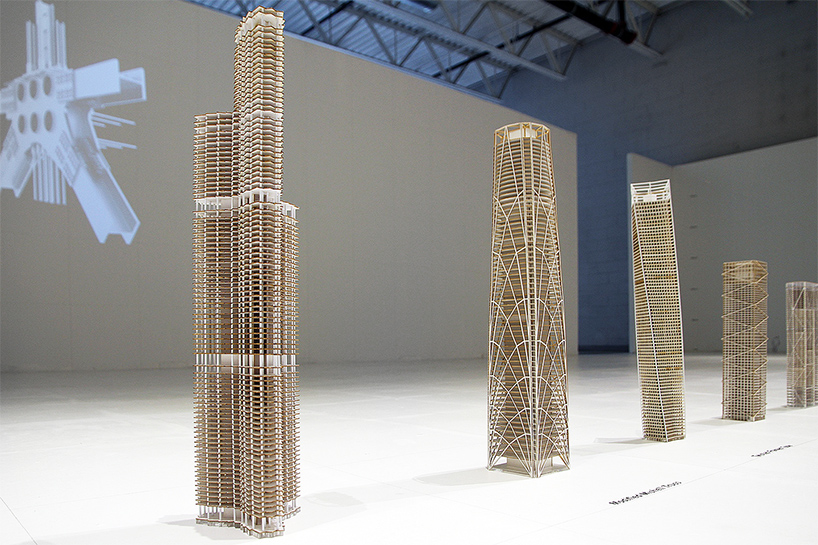 simplicity + clarity: to make something simple is not easy. architects and engineers spend many hours distilling the essence of the building to its core elements. whether externally exposed or quietly intrinsic to the building, the integrity of the structure is central to this process. SOM’s design philosophy is rooted in the belief that structure is seamlessly integrated into a building’s design. 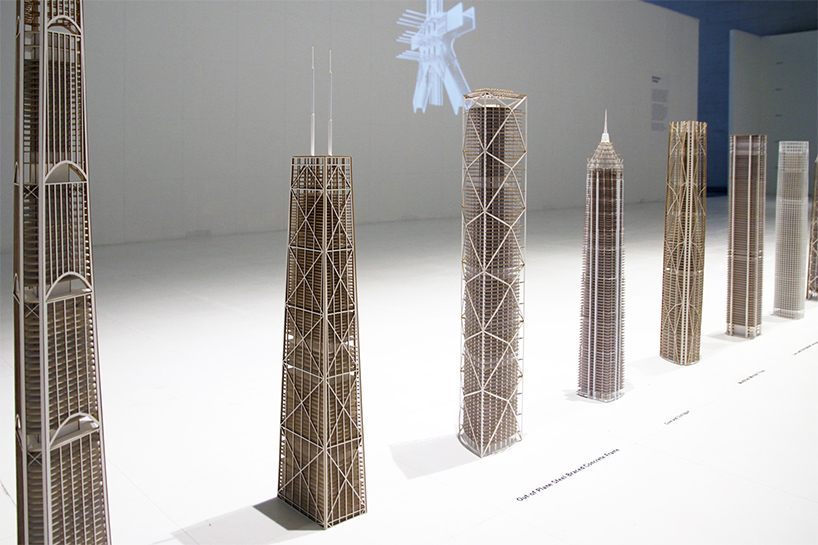 scale + form: scale and form are fundamental aspects of all natural and man-made creations. a building’s form determines both its architecture and structure, defines the available design space, and governs its behavior under the forces of nature. scale in particular is critical to determining the building’s most appropriate structural system. proportion is a critical component of scale: while an elephant’s femur is much larger than the femur of a small cat, the shape of the bone is very similar; proportion is the main variance and yet it is only one variable.

just as a crustacean’s exoskeleton differs from an elephant’s endoskeleton, buildings at different scales may require entirely different structural systems. while these issues of scale may sometimes be adequately addressed by varying the proportions, new solutions are often required to adapt to different environments, enable new building types, or build at scales never before possible. 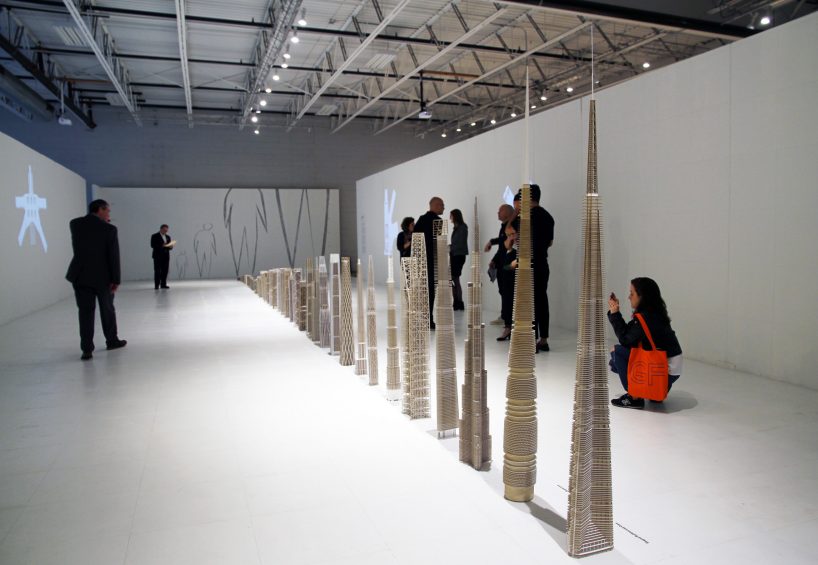 the shape of a building, however, can ‘confuse’ the wind instead of fighting it. changes to the shape, size, or orientation of a floor can reduce the speed or strength of the wind vortices. like a child on a swing, if the child pumps their legs in a uniform manner, they will gain greater height and speed. if the child moves their legs randomly, they won’t be able to effectively harness the forces at their disposal.

lateral wind and seismic resisting systems can also be used to move the building’s gravity loads to where they can best resist the uplift forces of the wind. just as a person spreads their feet to resist an oncoming force, the act of moving the gravity loads reinforces both the stability and economy of a tower. 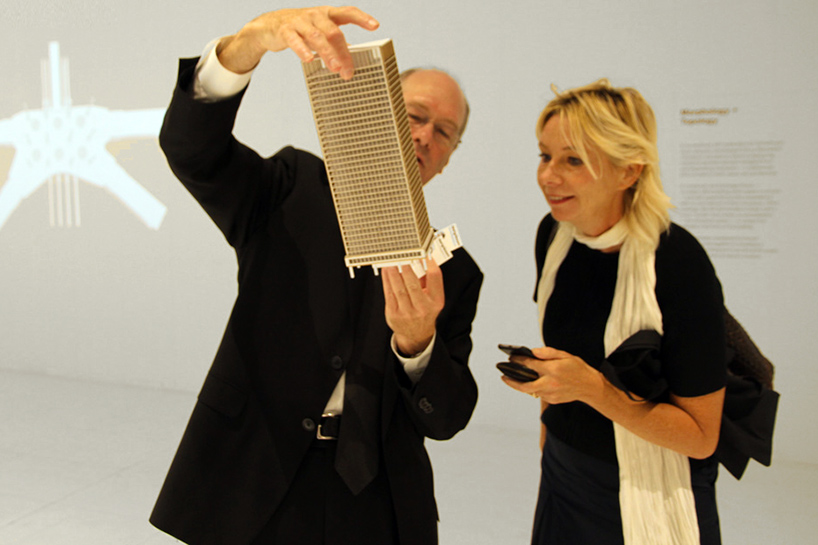 geometry: structure + architecture: geometry is the convergence of structure and architecture, and can be the single most important structural design parameter because it determines the limits of a structure’s efficiency. when designing, it is helpful to consider three geometric qualities, ranked in order of importance: topology, shape, and size. topology is the overall connectivity of the structure: shape is its form: and size refers to the local sizing of its members and connections. the SOM ‘research gang’ focuses on finding and creating tools to address these considerations to create new architectural/structural geometries. 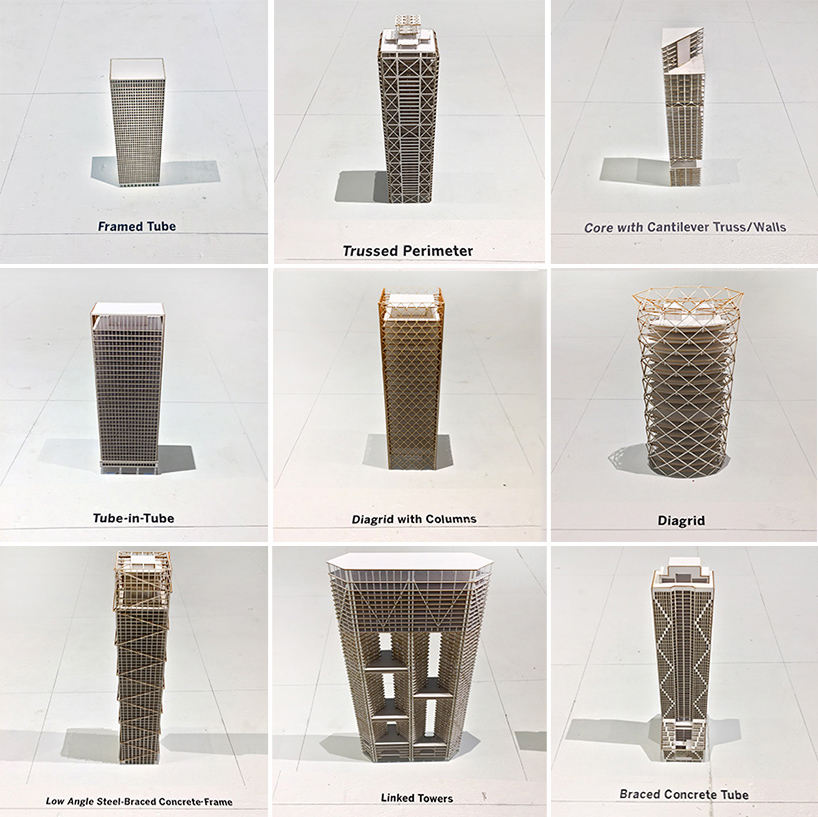 details of the models on view
images © designboom 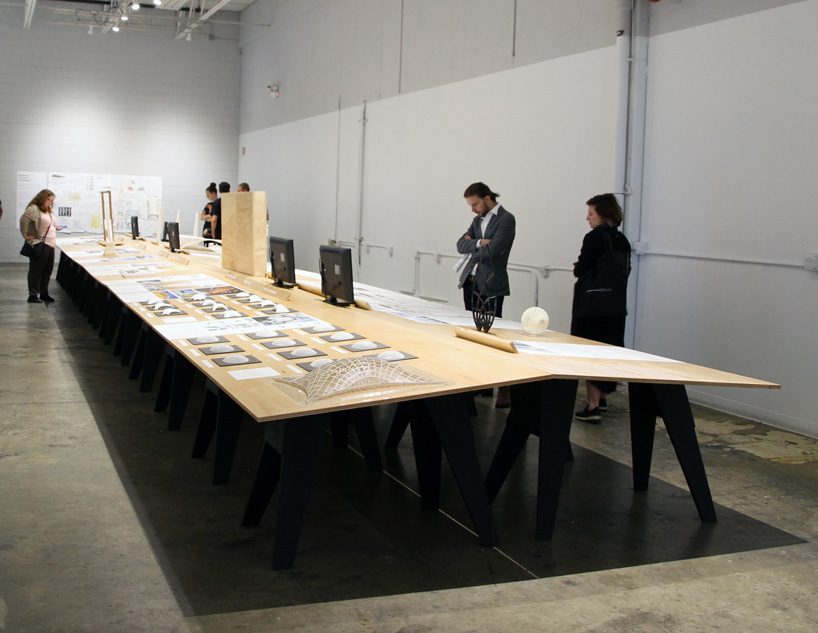 the exhibition is presented by mana contemporary
image © designboom 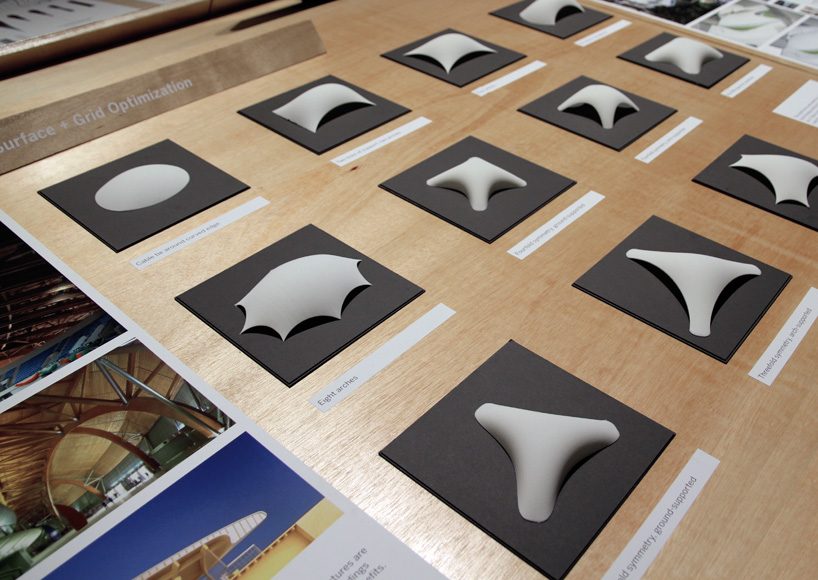 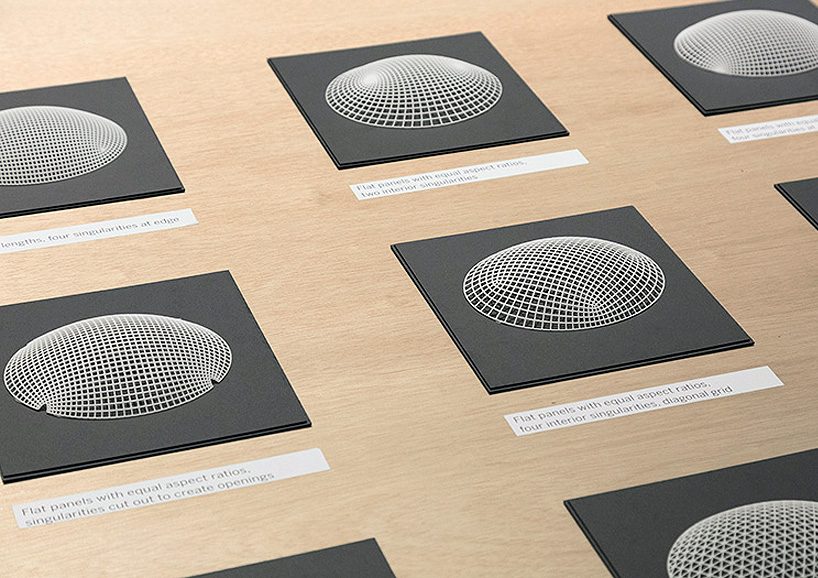 a selection of models are presented at different scales
image @ designboom 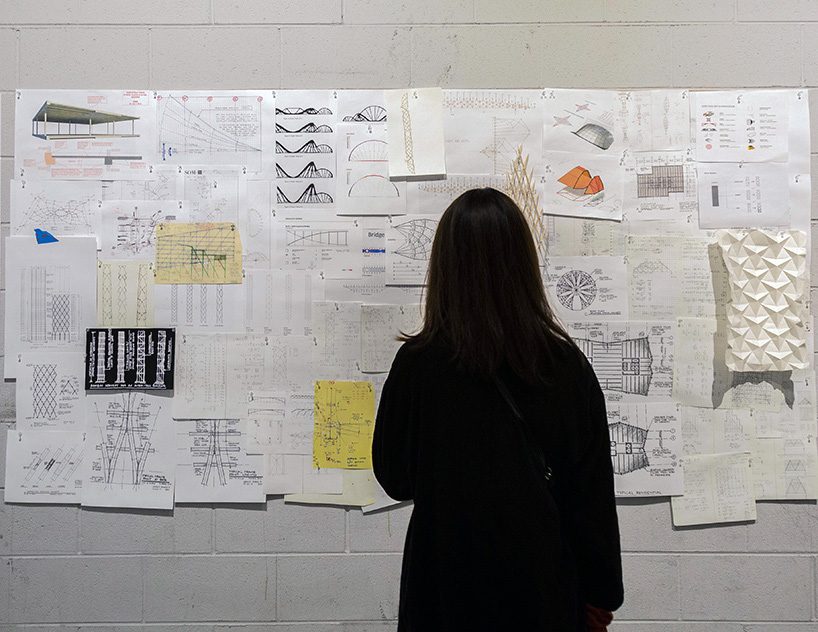 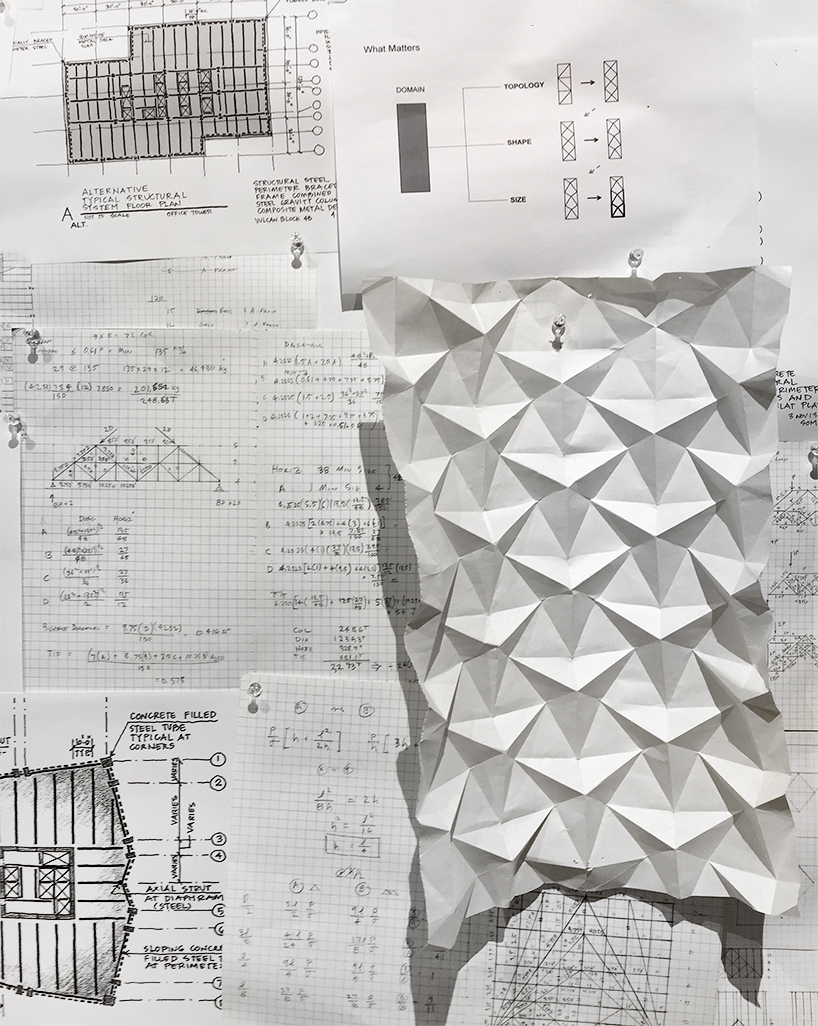 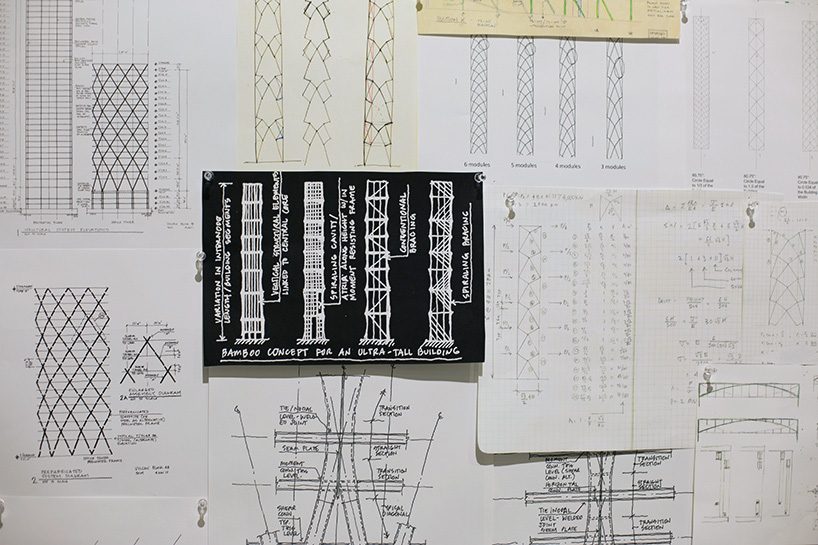