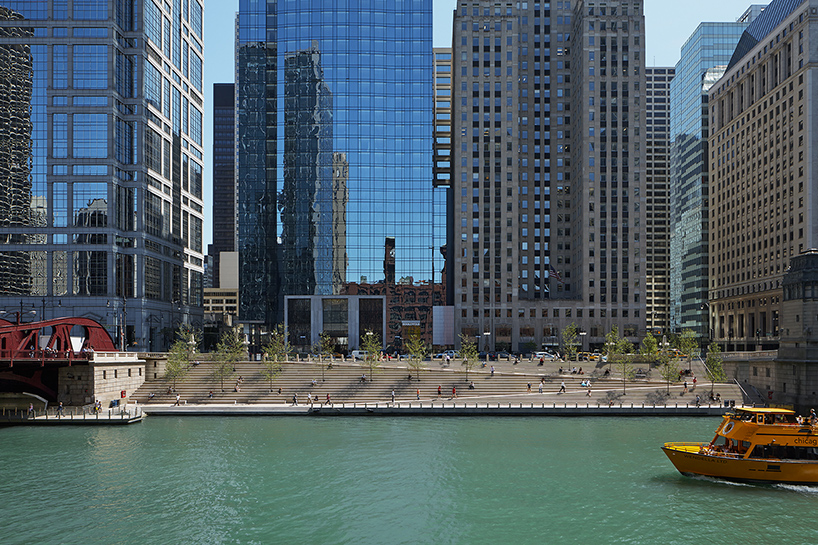 the third and final phase of the chicago riverwalk development, a 1.5 mile promenade along the city’s river, has opened to the public. designed by ross barney architects and sasaki, the project sees the transformation of a disused industrial space into a dynamic thoroughfare lined with public amenities, restaurants, and cultural activities. the masterplan comprises different types of spaces, each intended to generate a distinct experience in relation to the river. 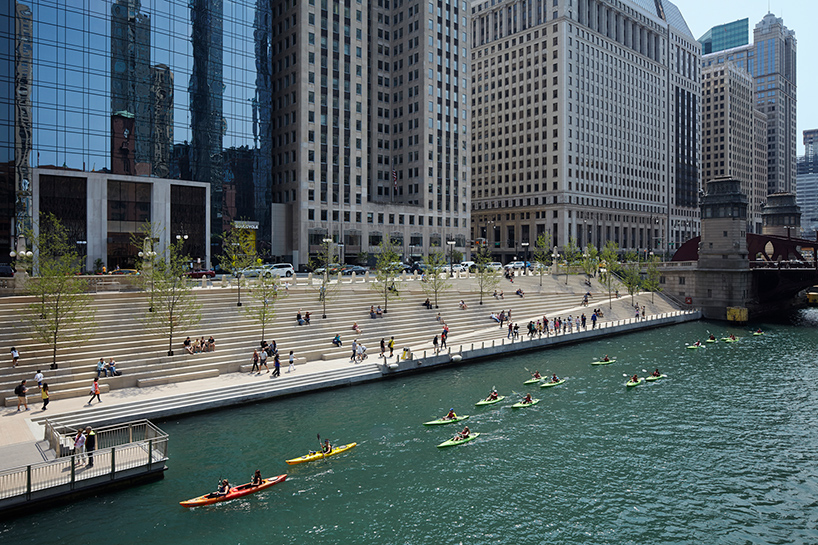 the scheme forms a 1.5 mile promenade along the chicago river
all images by kate joyce

the project, which ross barney architects developed in collaboration with sasaki, took 15 years to finalize. completed in 2009, phase 1 encompasses chicago’s vietnam veteran’s memorial, wabash plaza, and the bridgehouse museum plaza, all connected at river level, while phase 2 — completed in 2015 — and phase 3 have been conceived as ‘outdoor rooms’, designed to embrace the river in a variety of ways. 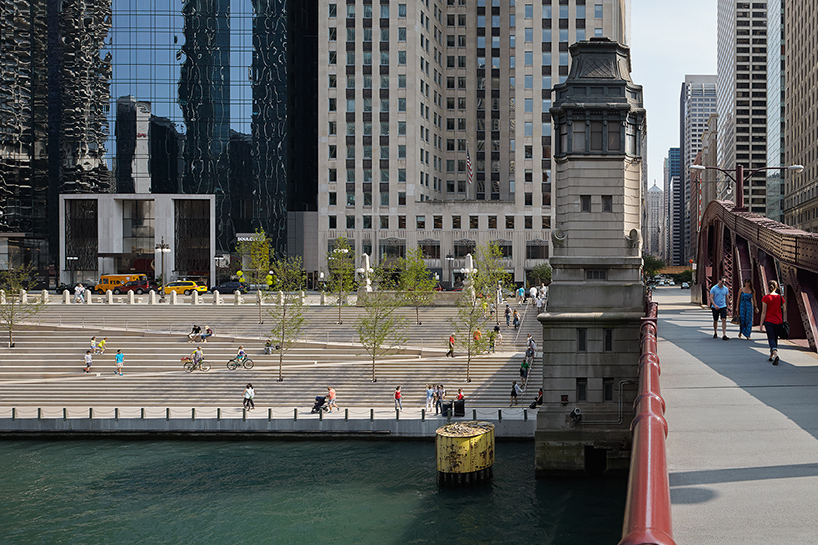 the project sees the transformation of a former industrial space

the highlights of the scheme’s final stage include: the water plaza, which includes a sundeck and a children’s fountain; the jetty, an interactive environment for learning about the ecology of the river with a series of piers, floating wetland gardens, and opportunities for fishing; and the boardwalk, a space which features a great lawn for lounging and a sloping bridge set over floating gardens. an accessible walkway creates continuous access to the adjacent street and lays the foundations for the region’s future development. 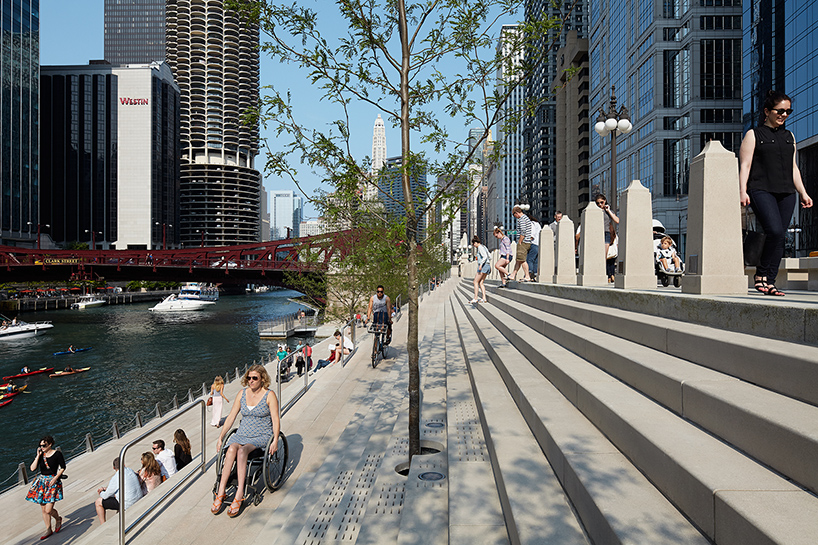 wheelchair accessible pathways step down towards the river

‘the swampy chicago river gave birth to arguably the greatest city of the 20th century,’ says design leader carol ross barney. ‘in chicago’s formative years, the river was its lifeline, brimming with traffic. burnham built his 1909 plan on a civic waterway and promenade along the river. we were entrusted with the responsibility of to finally complete that vision and transform what had become a postindustrial leftover into a 21st century urban waterfront.’ 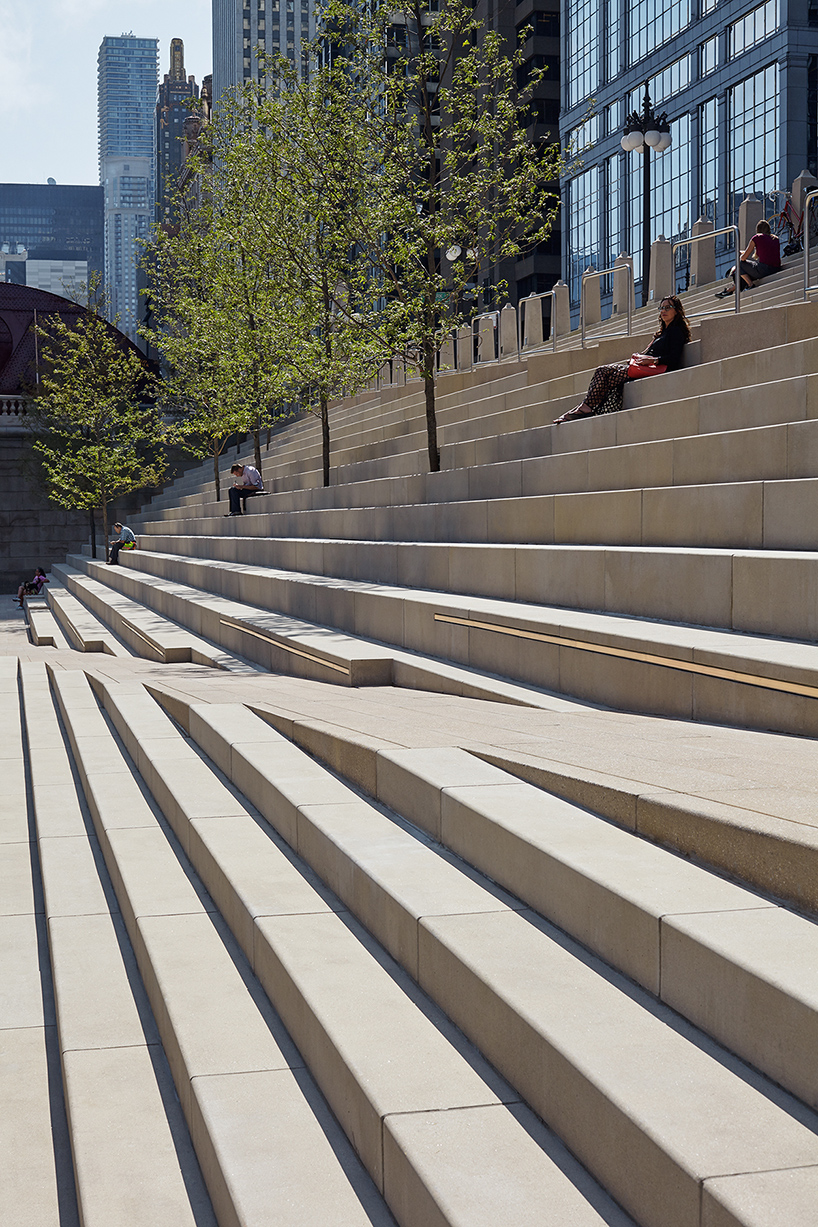 the project seeks to connect the city with the waterfront 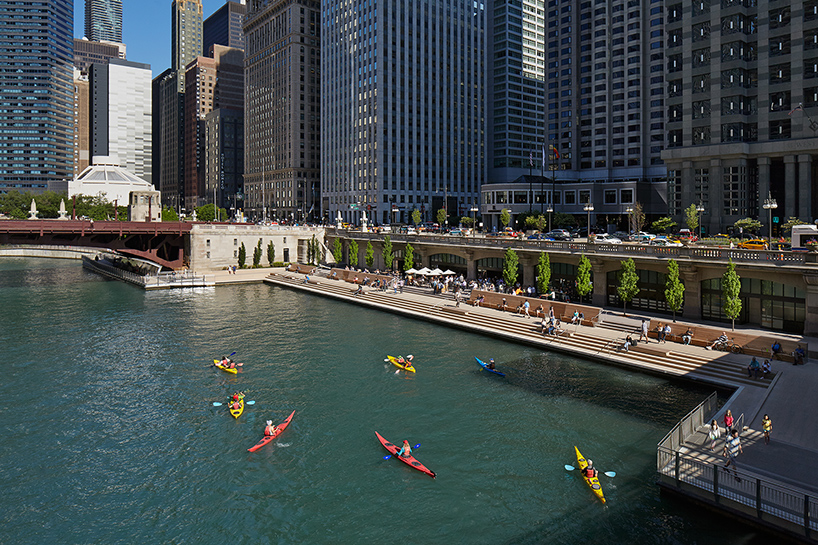 recreational activities, such as kayaking, take place on the river 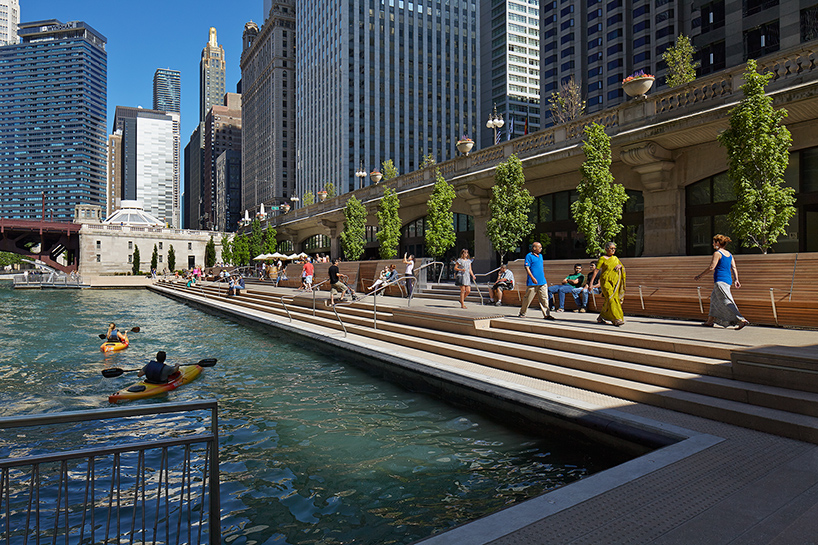 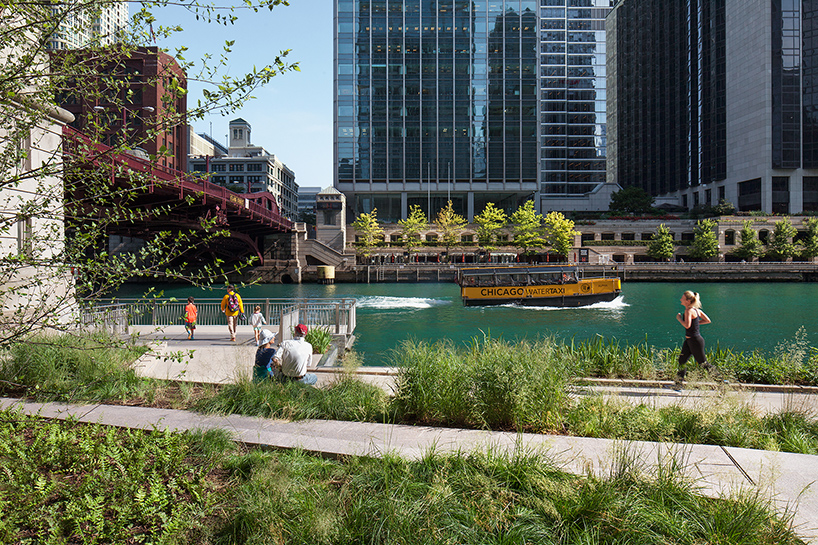 a sequence of recreational areas are provided 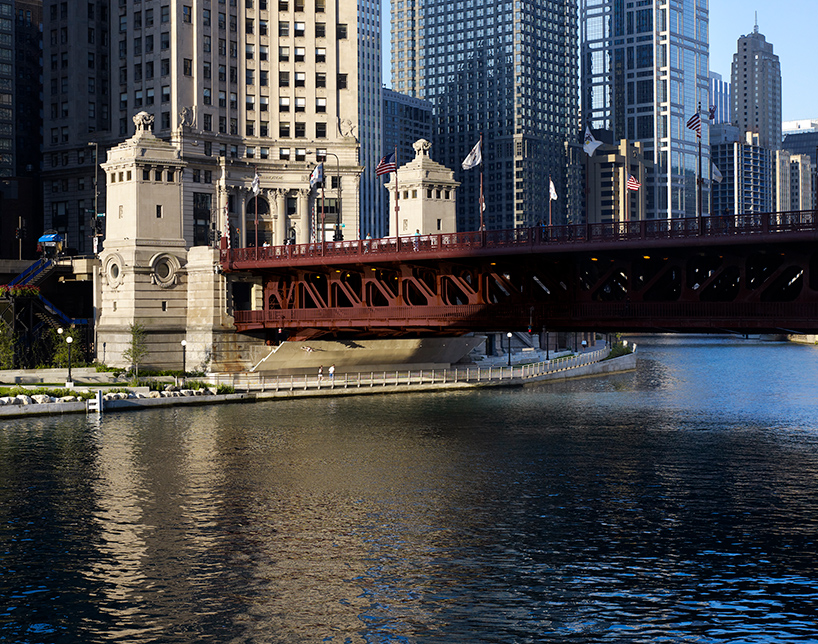 the accessible walkway allows for continuous access to the adjacent street 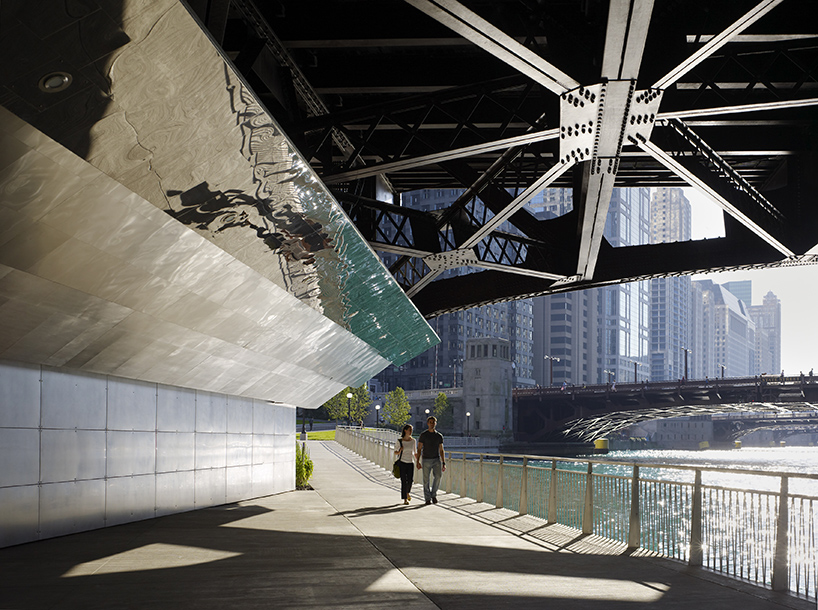 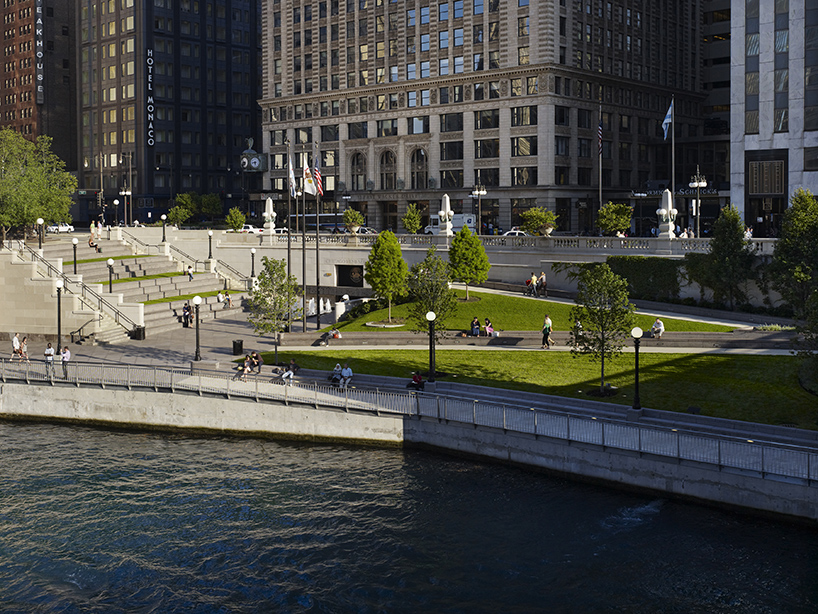 the chicago riverwalk took a total of 15 years to complete 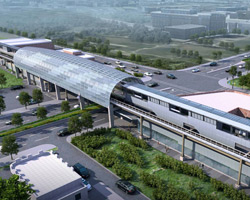 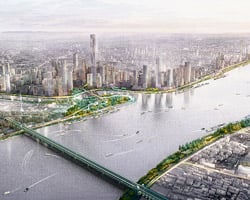 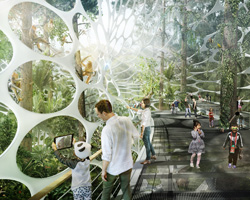 Jan 01, 2019
sasaki masterplans panda reserve in china for one of the world's fastest growing cities 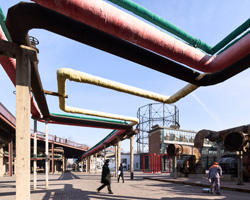