‘china builds’, a project by john bennett & gustavo bonevardi is the biggest installation at the 2011 shenzhen & hong kong bi-city biennale of urbanism \ architecture.

found on roads and construction sites around the world, orange safety cones usually speak of danger and restriction of movement. they seek to recall our collective memory of physical risks but also suggest impending changes and ongoing development. the ‘china builds’ installation is made of toppled, precariously balanced toy-like cones, playfully and decoratively arranged in floral patterns. the largest and most ceremonial of its public spaces, shenzhen’s civic plaza is normally a vast somewhat inhospitable expanse that only comes to life at night as kids gracefully skate across it. echoing the skaters’ obstacle courses, thousands of the brightly colored, common objects form an open, welcoming composition that everyone is invited to enter and explore.

designboom visited civic square prior to the opening of the biennale and presents our readers a sneak preview. please stay tuned for more to come, we’ll report on the various events and lectures. 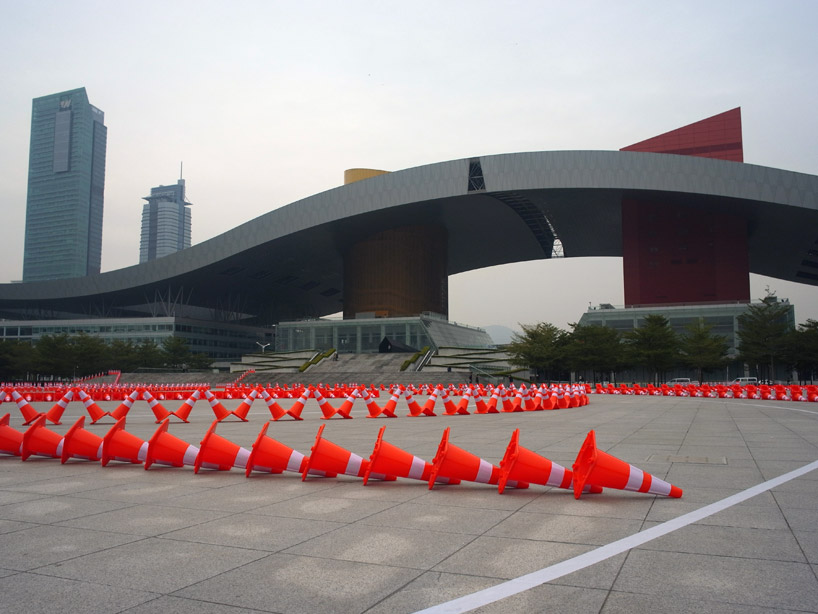 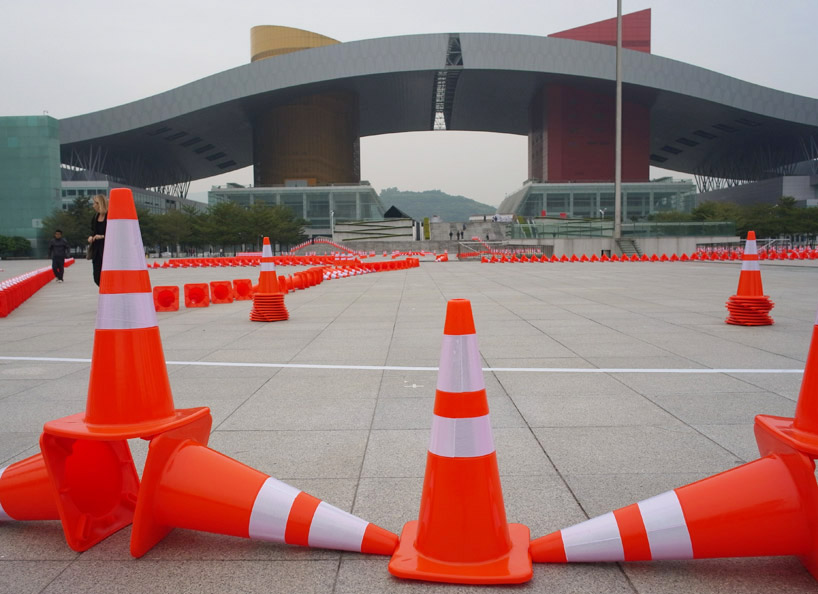 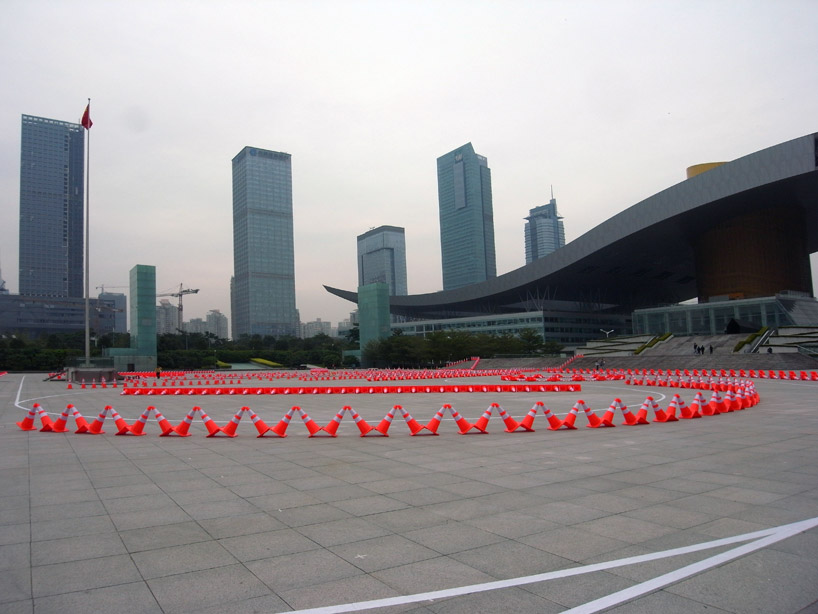 gustavo bonevardi and john bennett have worked together since 1996. though trained as architects, they have done computer animation, graphic design, and public sculpture, as well as architecture, winning various awards for their work. as artists, bonevardi and bennett formed part of the team that conceived and executed ‘tribute in light‘, the memorial of light commemorating the september 11th attacks on the world trade center. they currently live and work in new york city.