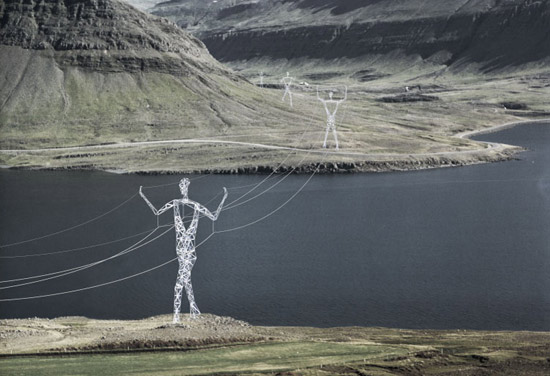 american firm choi + shine architects recently received the 2010 boston society of architects award for unbuilt architecture for their project ‘the land of giants’, which they originally designed for the icelandic high voltage electrical pylon competition back in 2008. 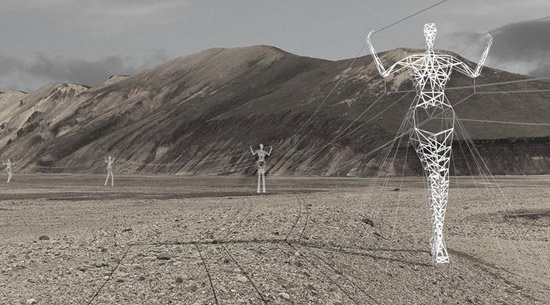 making only minor alterations to well established steel-framed pylon design, the architects created a series of towers that are powerful, solemn and variable. these iconic pylon-figures will become monuments in the landscape. 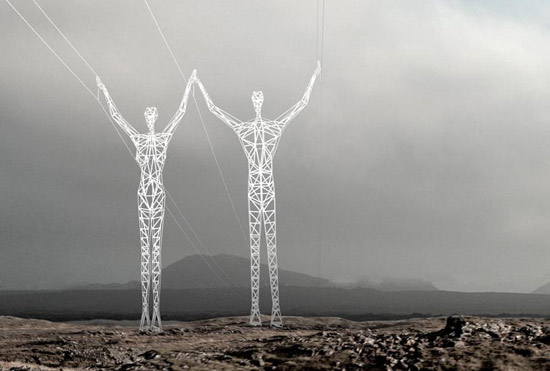 the pylon-figures can also be arranged to create a sense of place through deliberate expression.  subtle alterations in the hands and head combined with repositioning of the main body parts in  the x, y and z-axis, allow for a rich variety of expressions. the pylon-figures can be placed in pairs, walking in the same direction or opposite directions, glancing at each other as they pass by  or kneeling respectively, head bowed at a town. 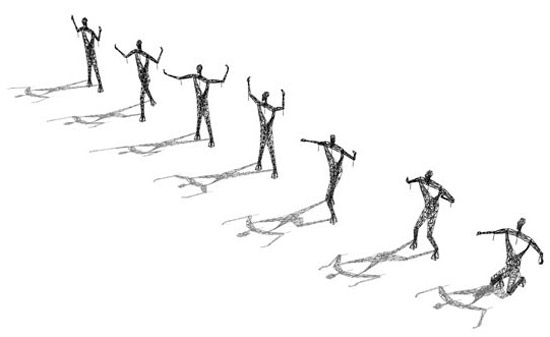 the various configurations of the pylons

despite the large number of possible forms, each pylon-figure is made from the same major  assembled parts (torso, fore arm, upper leg, hand etc.) and uses a library of pre-assembled  joints between these parts to create the pylon-figures’ appearance. this design allows for many variations in form and height while the pylon-figures’ cost is kept low through identical production, simple assembly and construction.

sketch of the pylon design 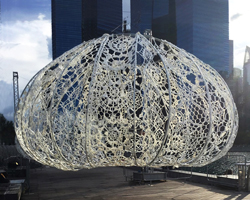