sydney-based chris elliott architects have completed ‘seacliff house’, a single family dwelling located in sydney, australia. situated on a long and narrow sliver of land that was leftover from the original subdivision. the area enjoys spectacular views over the ocean, the adjacent park, sandstone cliffs and headland to the south, designing with the peculiarities of the site rather than struggle against them.

the ground floor is a long transparent platform where nature is welcomed in and not excluded. it is ordered by a series of columns and defined by solid walls. glass runs along, around and above the rigid elements, curving and weaving to provide various lookout points around the perimeter. while large sliding and pivoting transparent doors open to the outside. 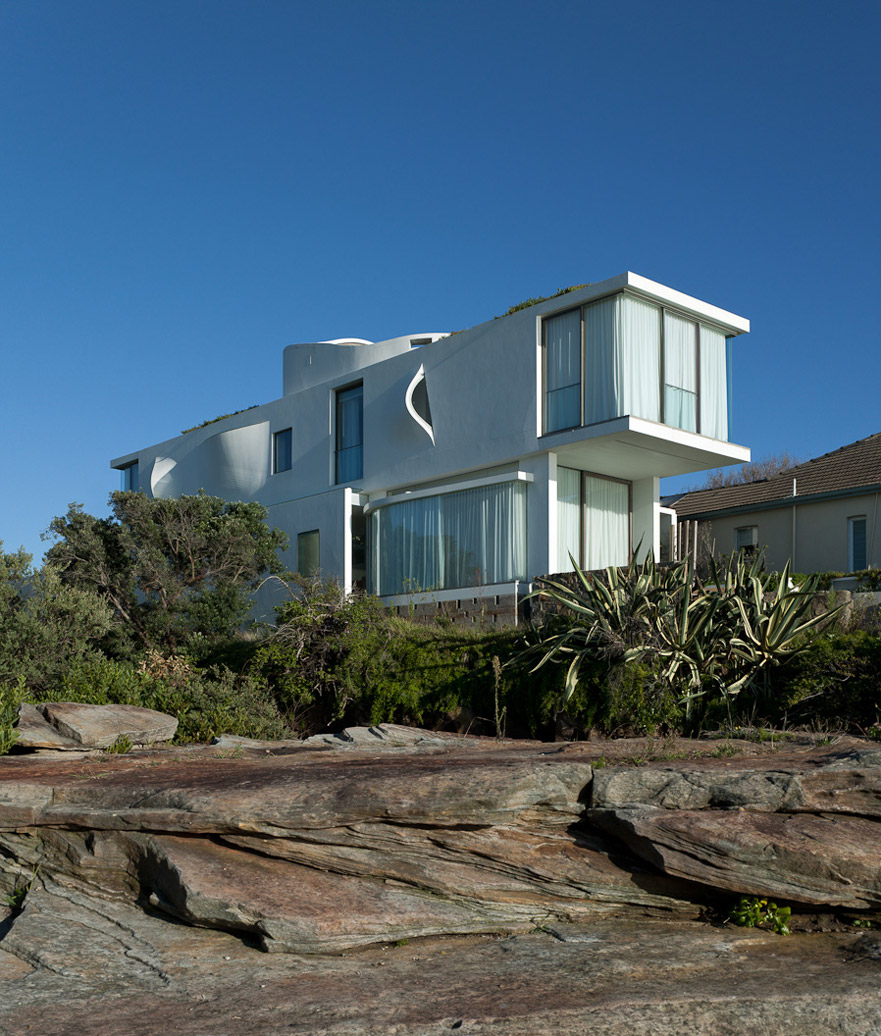 a compact solid core provides stability to the structure which contains a staircase, bathroom, fridge, cupboards and pantry with minimal visual obstruction to the interior space. the sandstone foundation is carved away to showcase a grotto which combines water, rock and light.  in various places the material is left to extrude into the room connecting the house to the core of the base. in the basement water occurs at various levels: a pond, a shallow reflecting pool with bridge and an outdoor bath. strong shafts of light penetrate the zone, while the sharp colors help to create a warm atmosphere when the illumination is low. 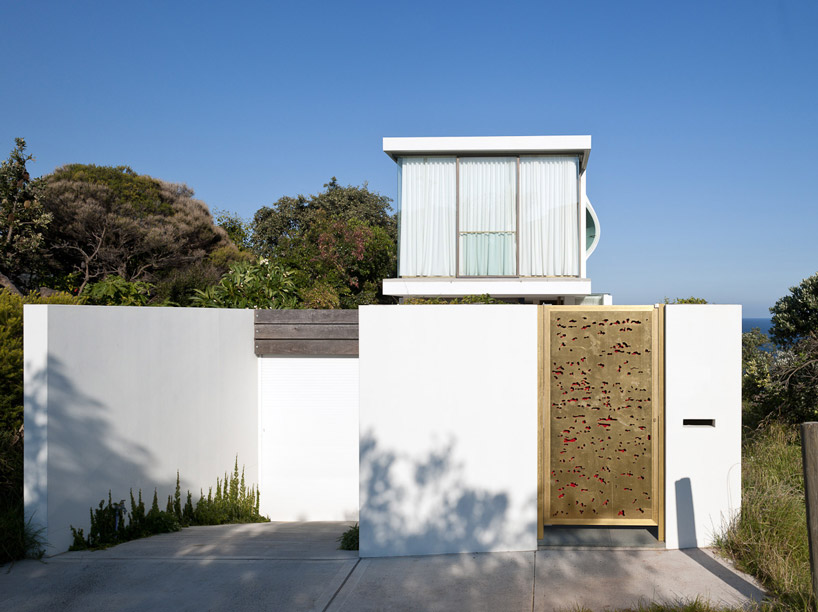 the bedroom level, is a protective cocoon, providing comfort and privacy with glimpses to the landscape through a variety of openings and layers of opaque curtains. the exterior surface is enlivened with a series of curvilinear scoops to allow light in and offer selective views out. on the roof a belvedere opens onto a small sundeck with built-in timber seating and a fireplace to provide a panoramic outlook over the ocean.

the residence optimizes environmental and sustainable design features as the roof is covered with foliage and solar PV panels. water is also collected from the upper level and stored in a tank below the garage. the house takes advantage of the sea breezes, thermal mass and the combination of double layer curtains to keep it cool in the summer and warm in the winter. the material used to construct the flooring, stairs and joinery come from recycled spotted gum, golden sassafras and ironback planks. brass hardware is used and is allowed to tarnish naturally throughout the dwelling. 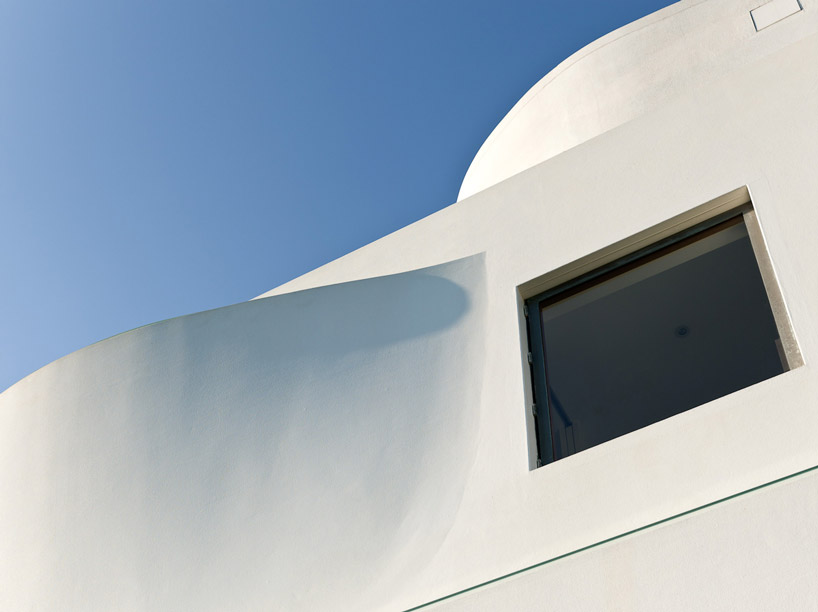 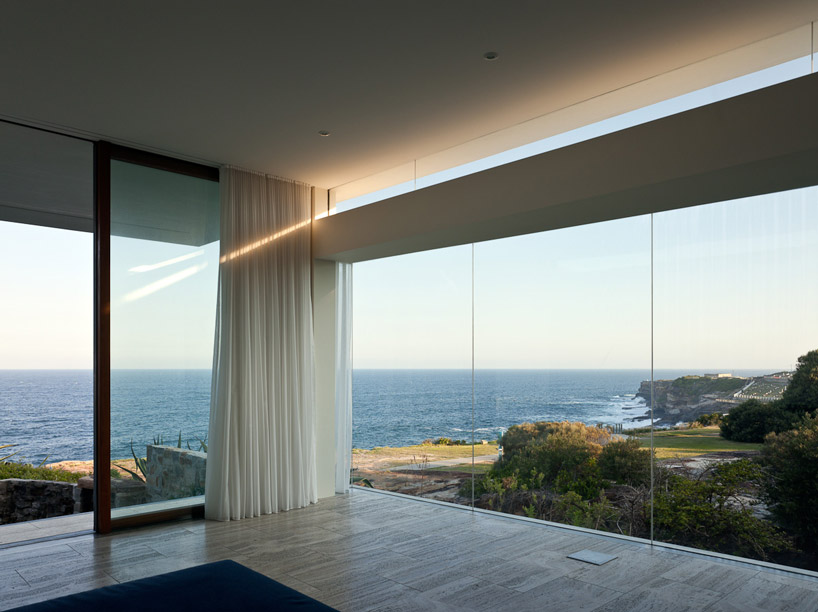 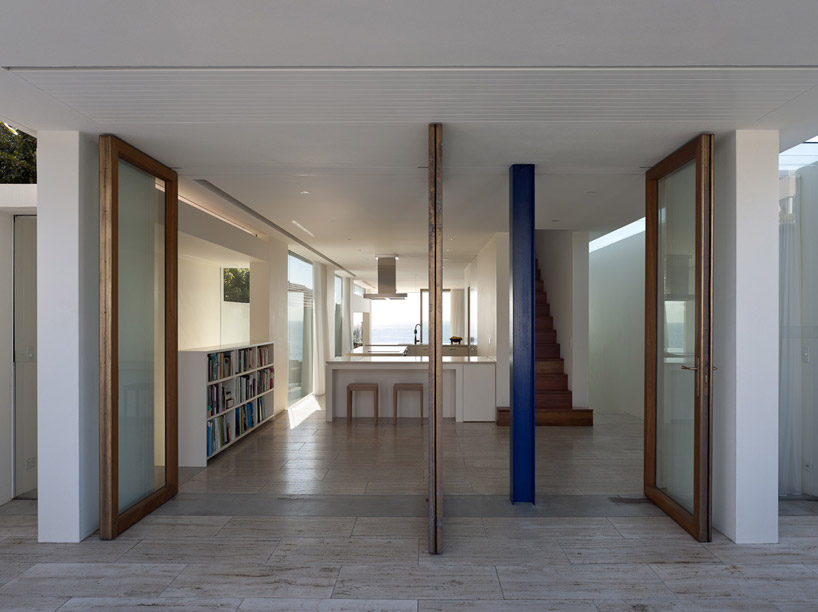 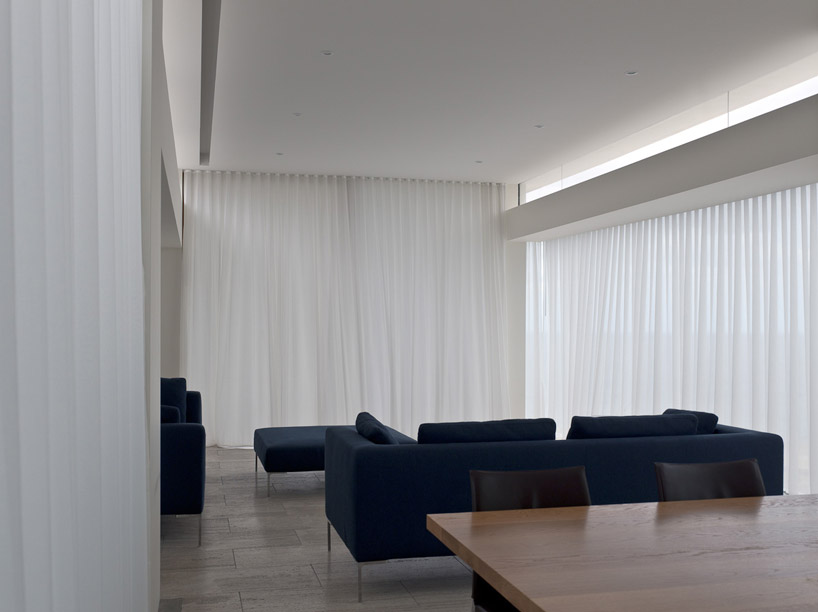 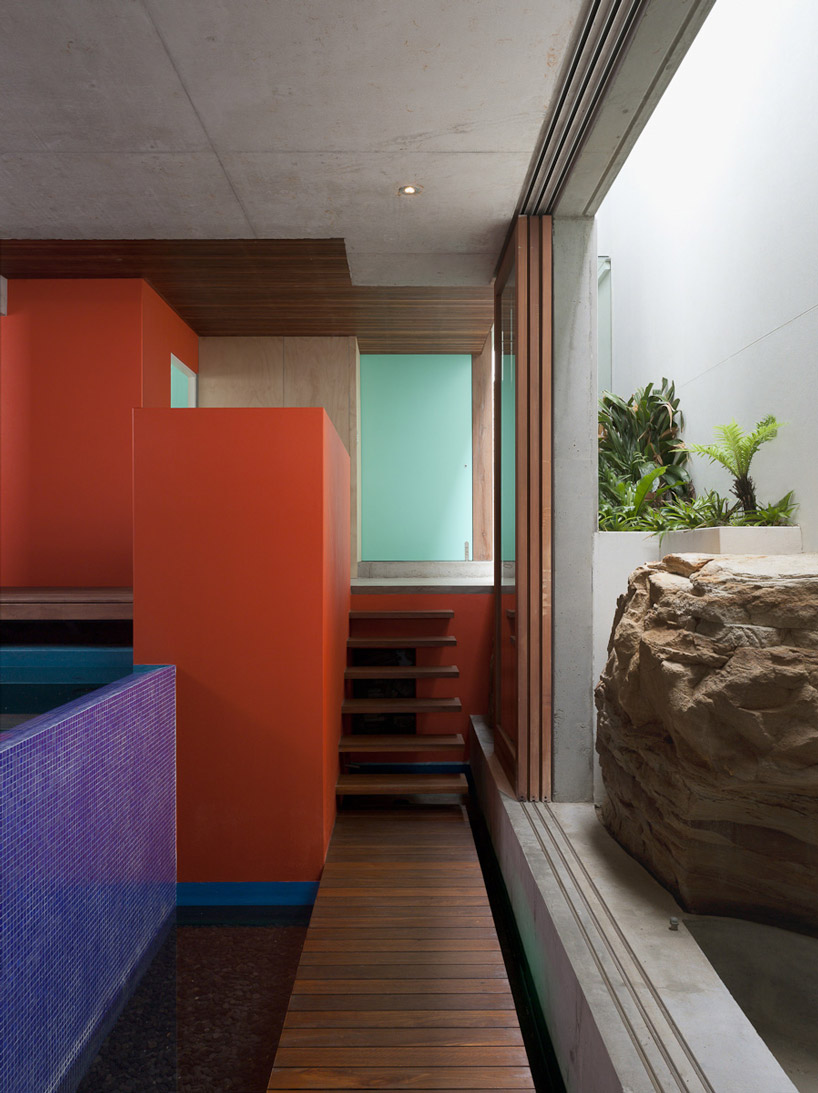 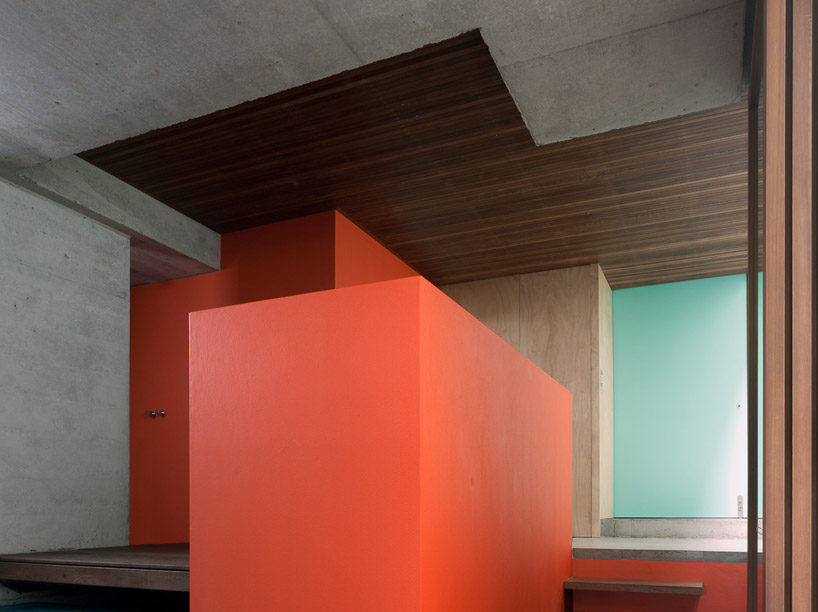 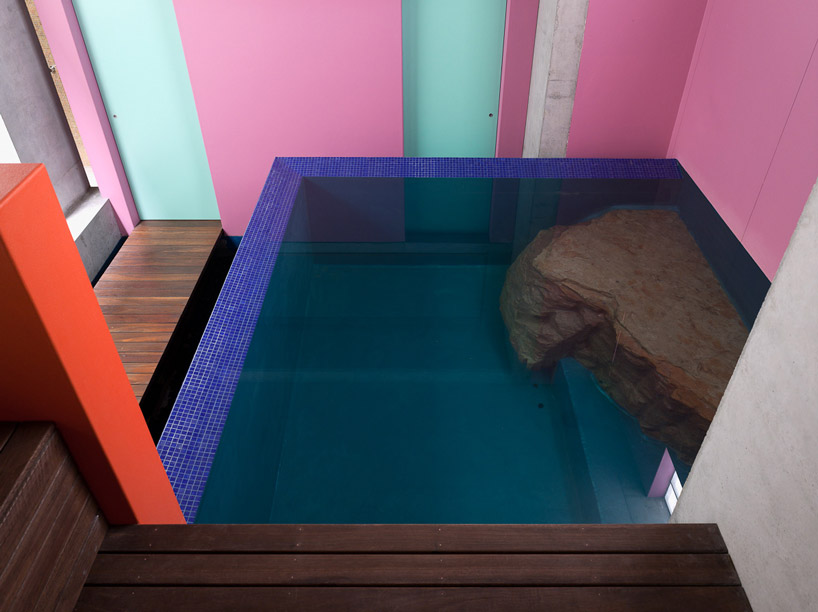 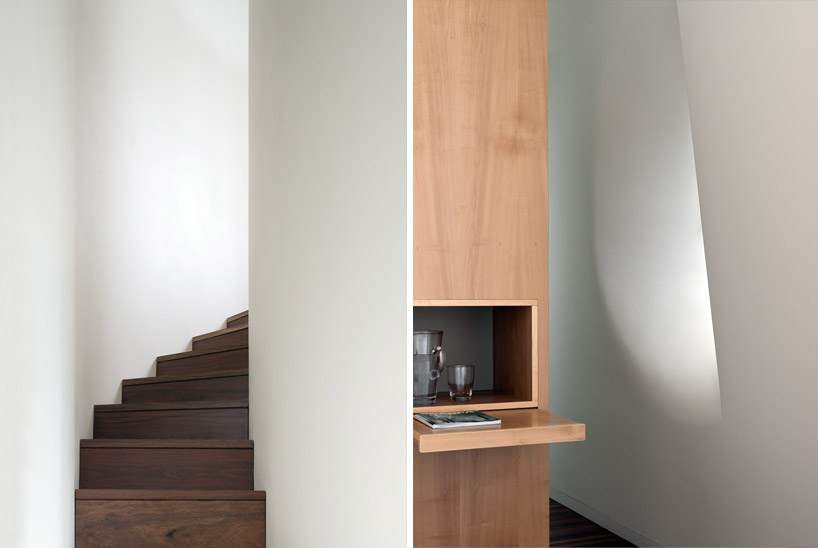 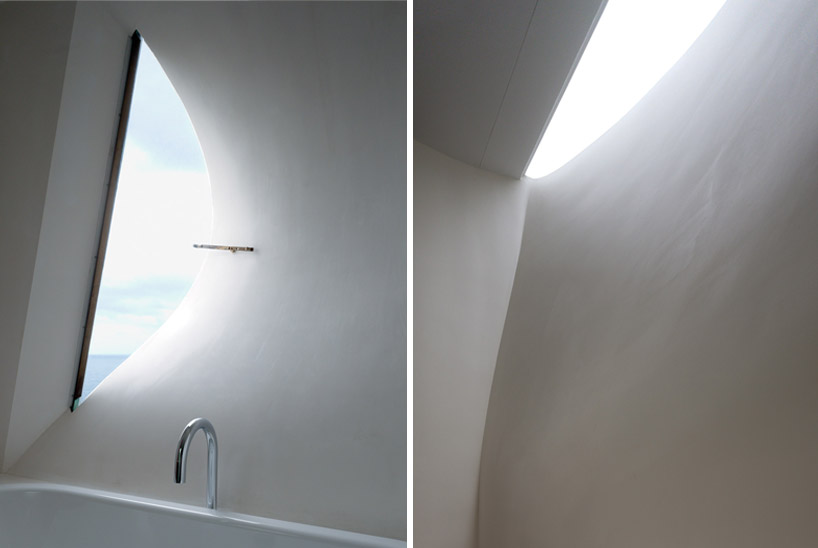 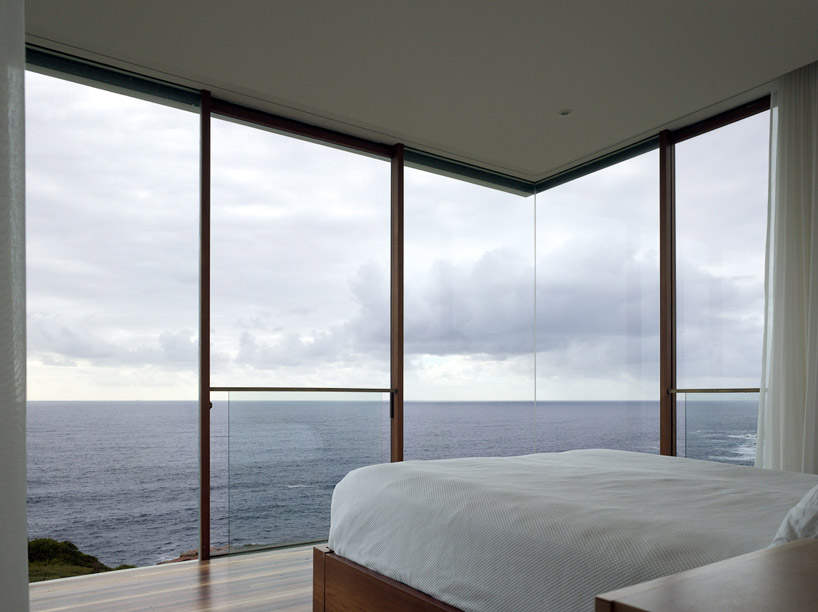 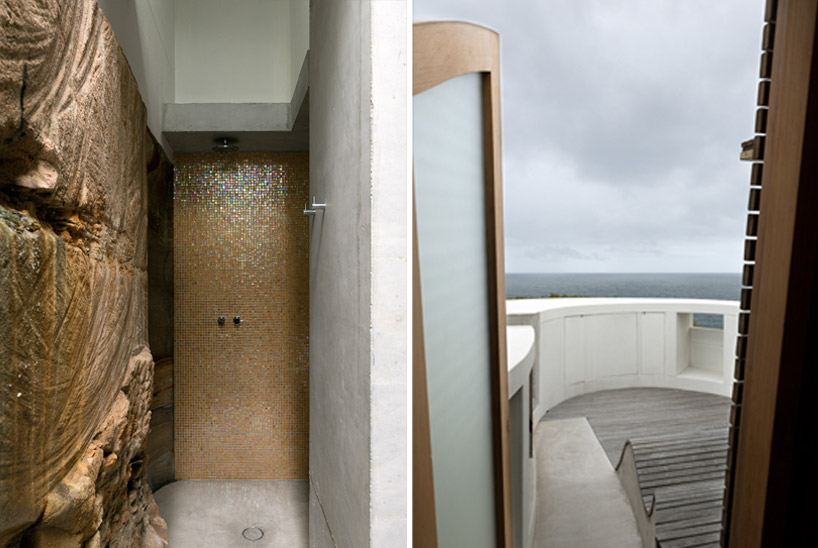 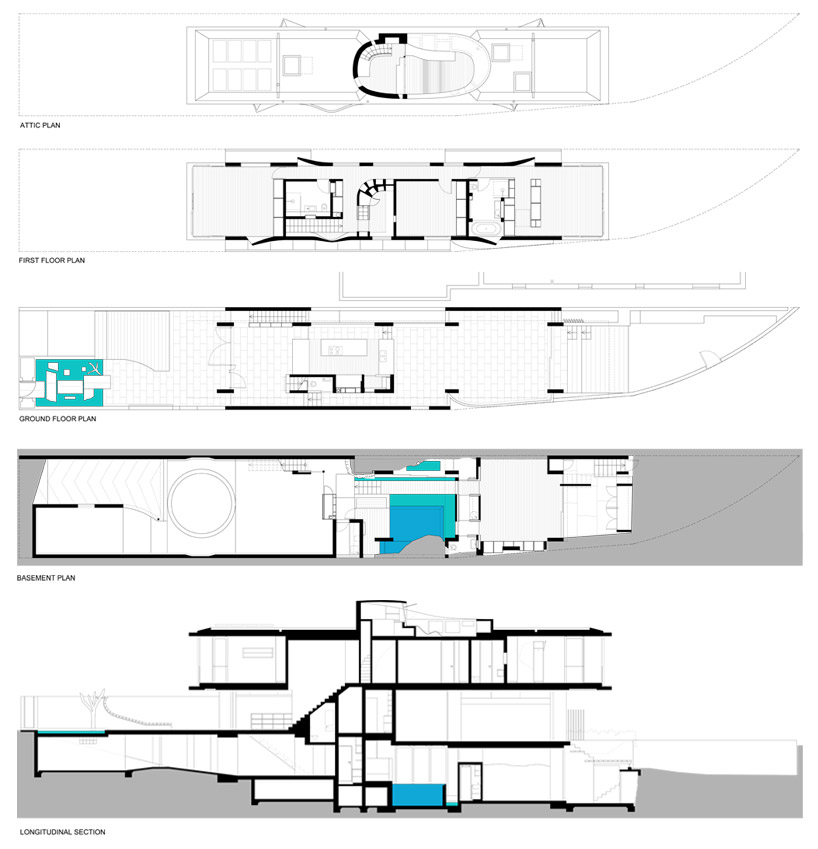 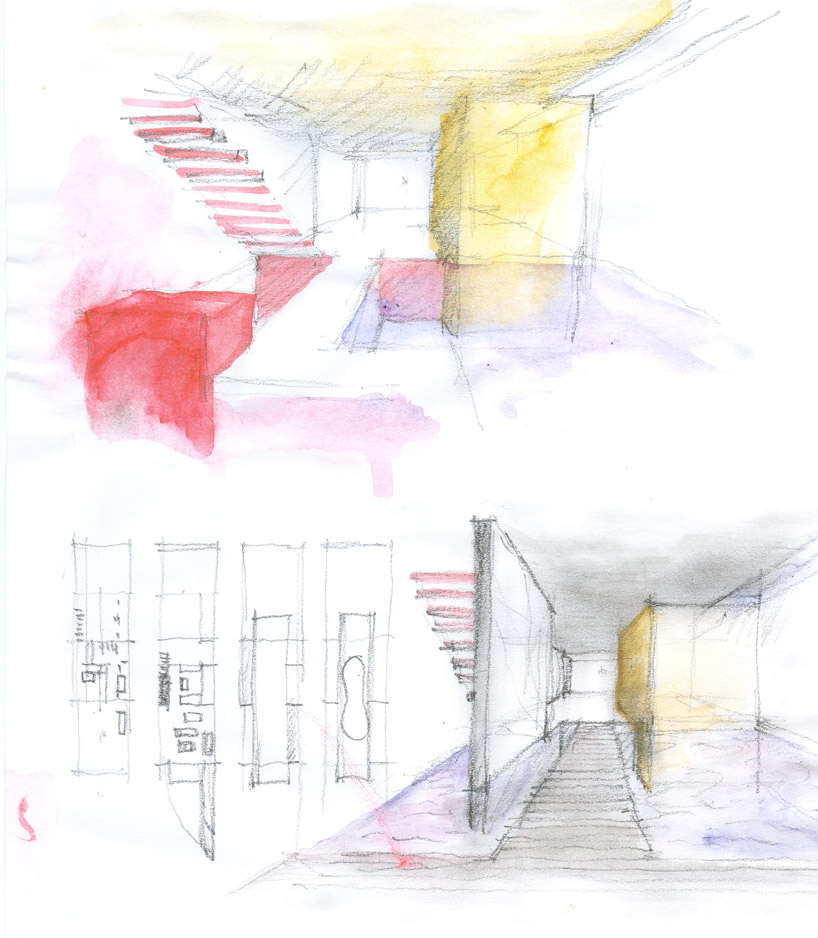 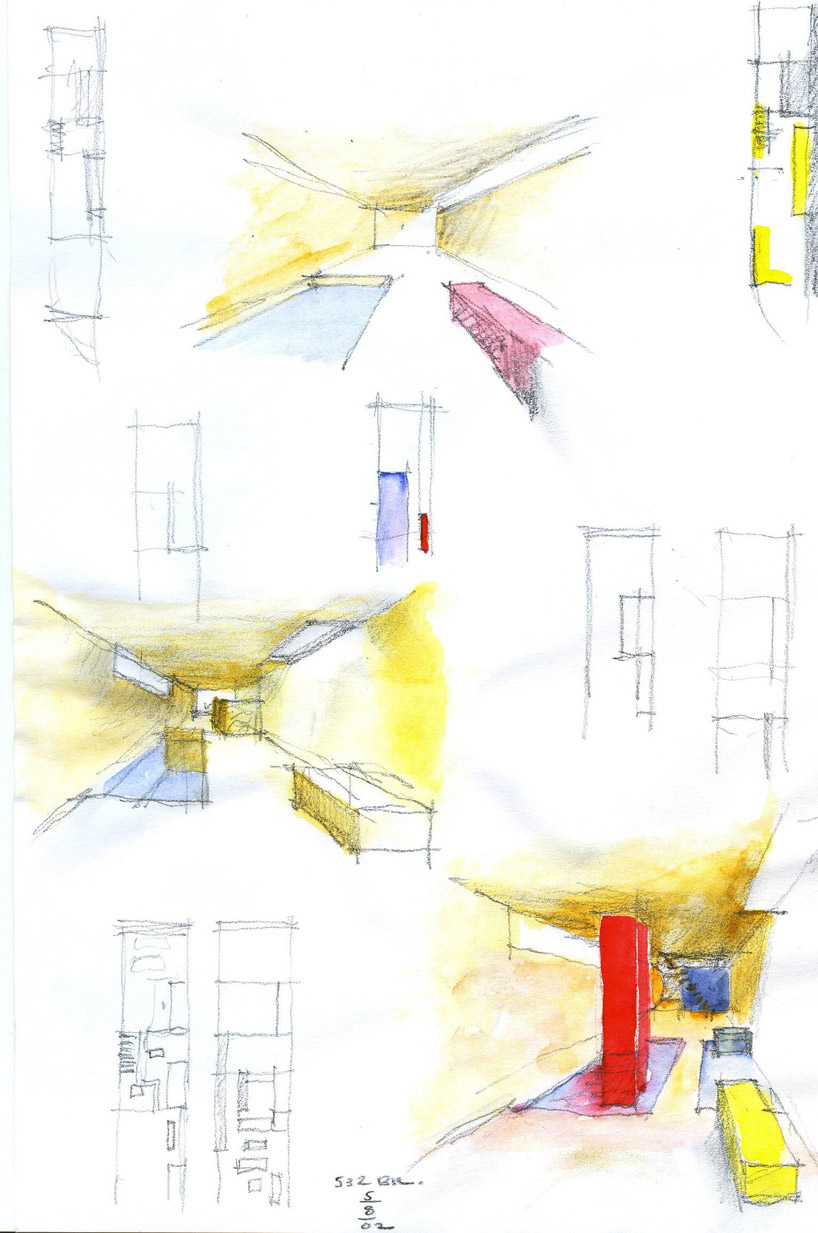 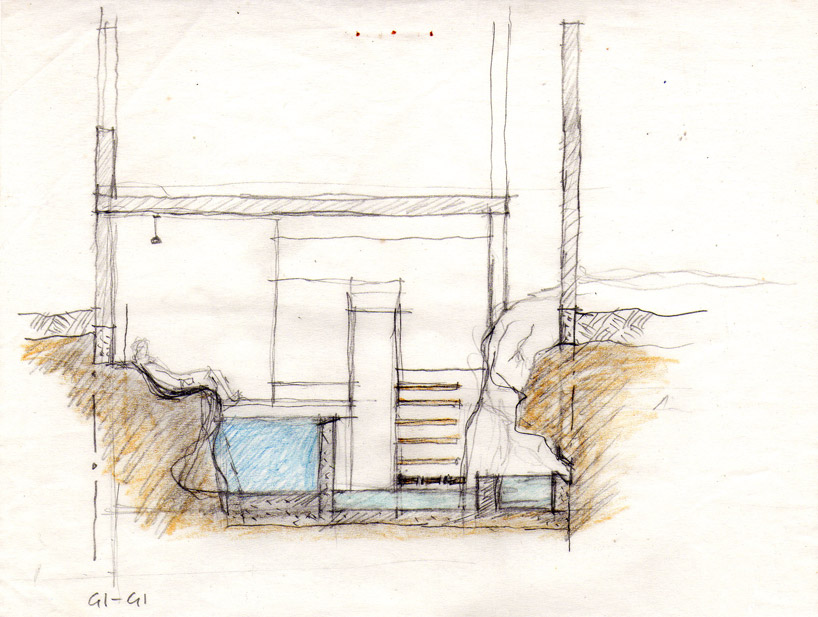 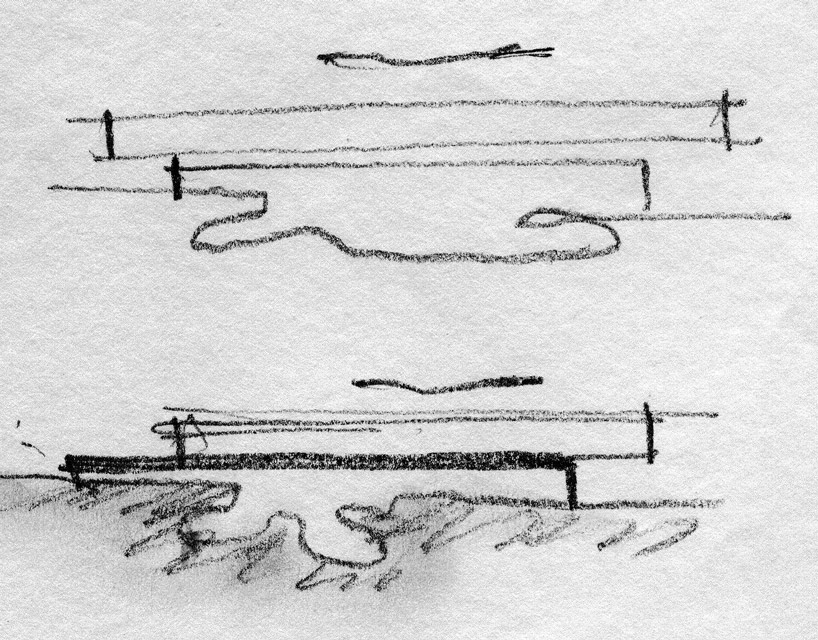