multidisciplinary designer chris fox is developing a landmark urban artwork interweaving between the rozelle interchange ventilation towers in sydney, australia. envisioned as three landscaped monoliths, the project takes ground above a new parkland on the edge of rozelle bay – an area once bursting with vibrant ecosystems that have morphed over millennia. previously mudflats and mangrove forests, the site now features industrialized maritime and rail use. in light of such ecological evolution, the integrated landscaped network celebrates the history and continued stories of such a unique place. 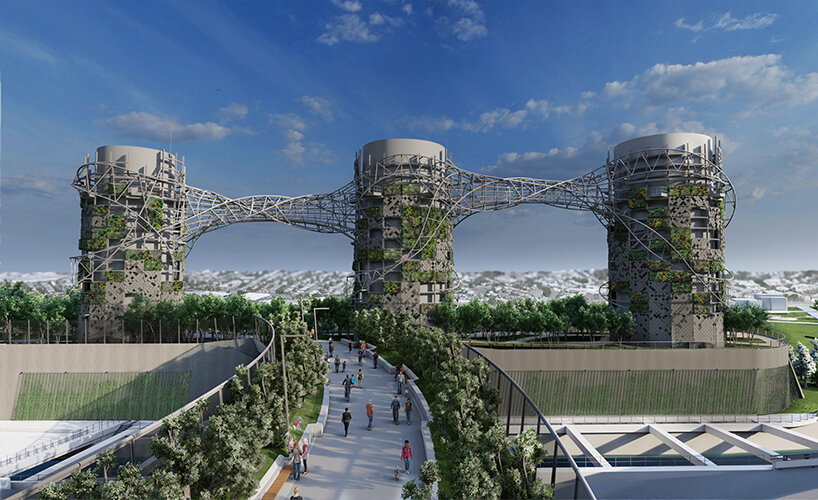 echoing past, present, and future ecologies with twisting and interweaving shapes

fox derived his proposed architectural forms from mapping past, current and future ecologies – including ancient indigenous habitations and modern infrastructures. as result, the designer’s mappings have generated looping and interweaving patterns that provide a framework for nature to take over eventually. to represente those dynamic shapes, fox suggests a modulated zinc panelling and twisting steel structure that reference the turbulent air flow and spatial movements of the vast subterranean road network below. this living system also accommodates a pedestrian bridge and greenwall modules that blends the network into the surrounding parklands. combined together, these elements transform the mega infrastructure into a habitat for urban biodiversity. 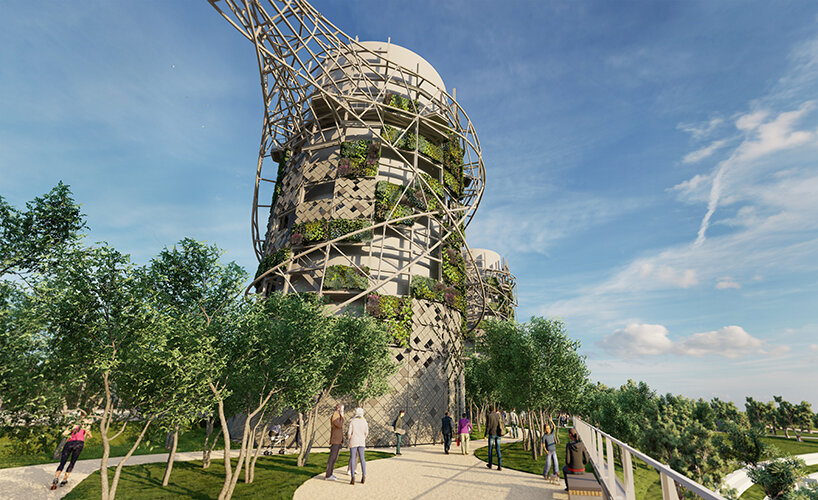 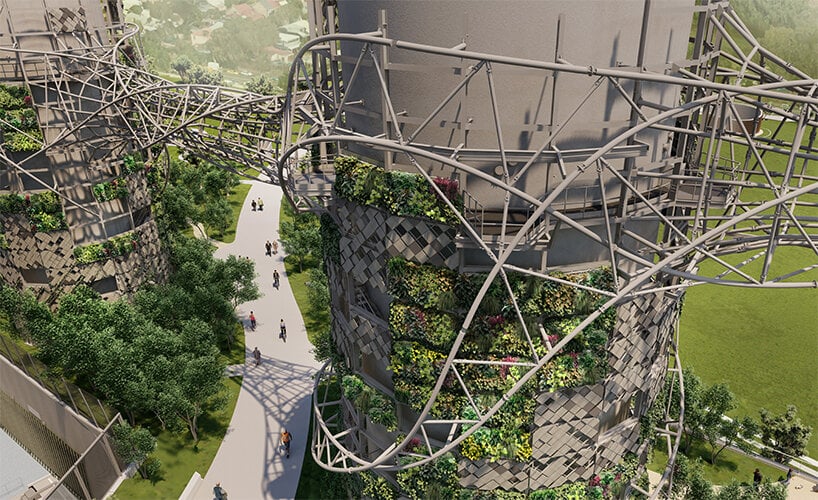 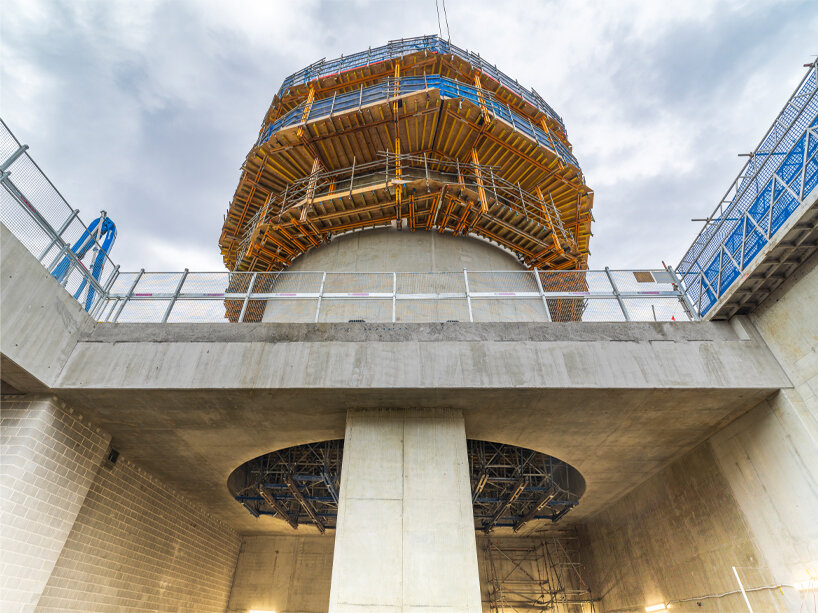 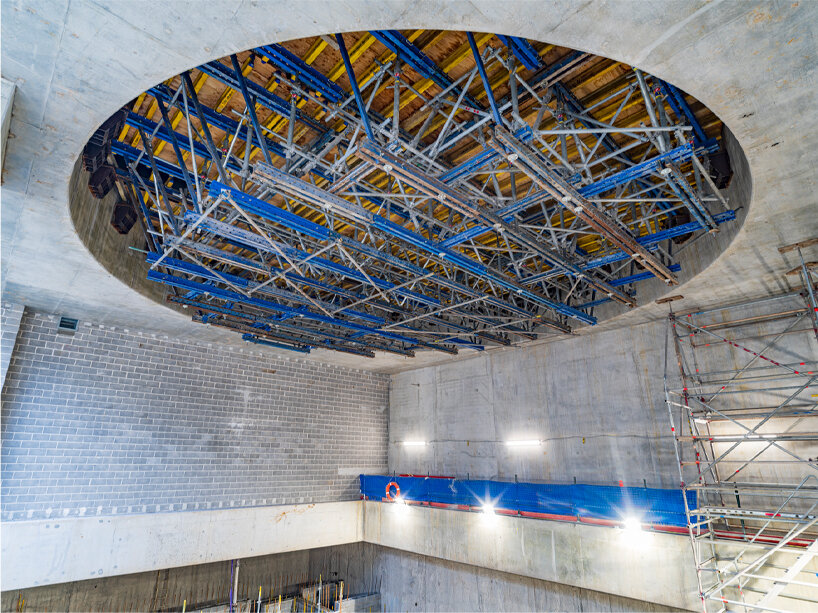 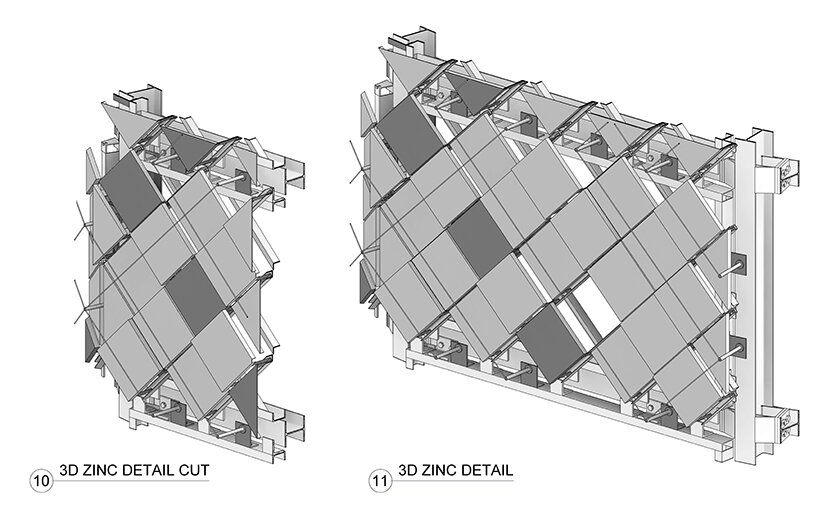 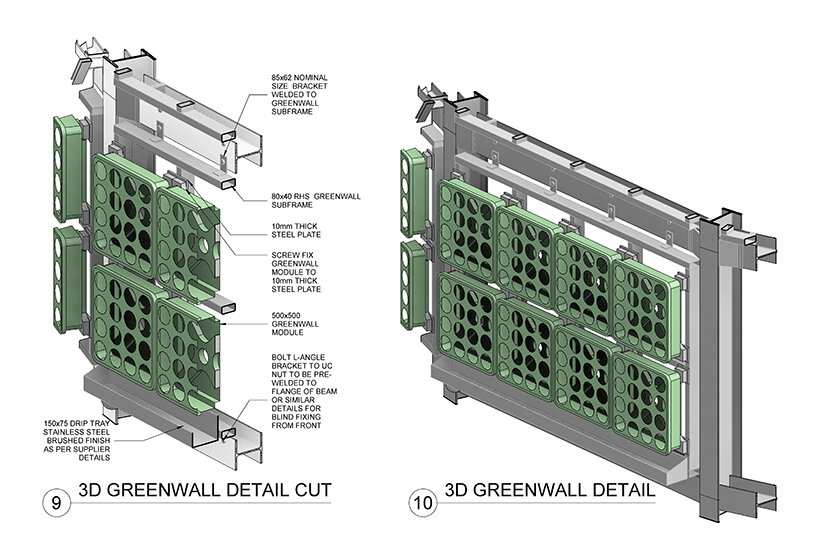 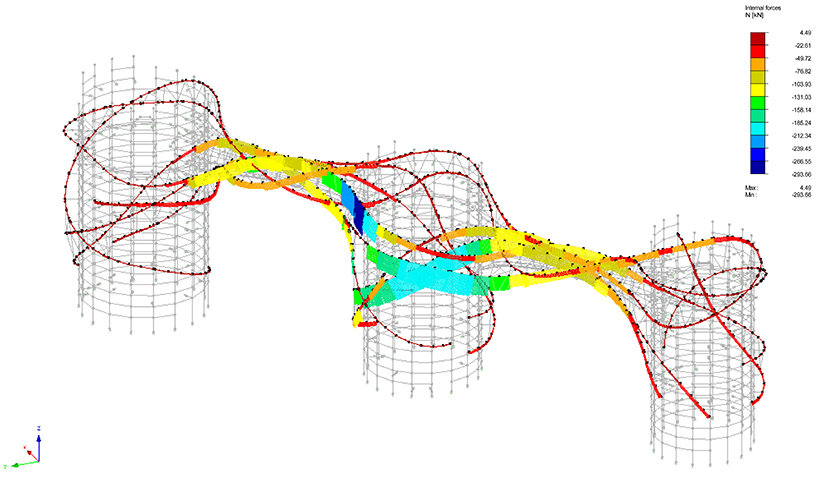 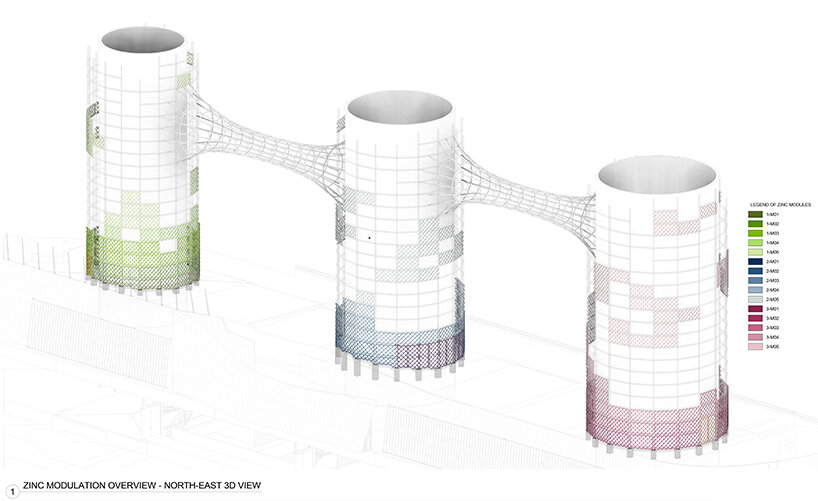 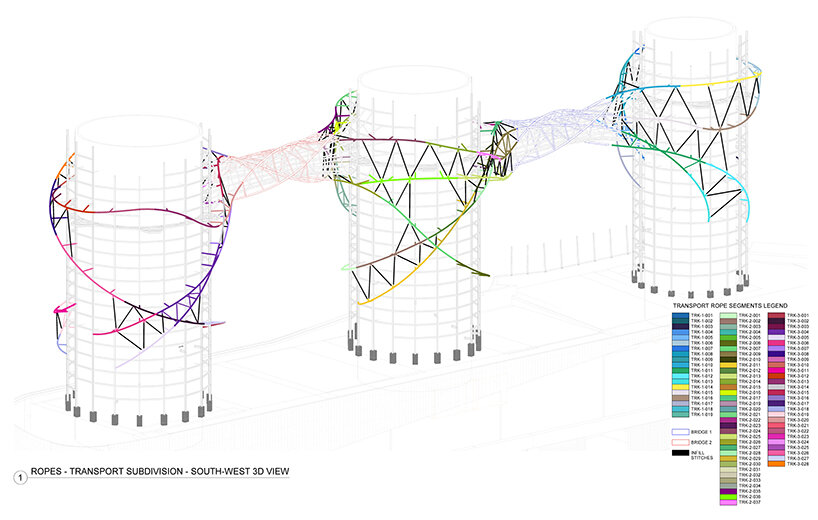