american architect chris kilbridge has created a year-round home, the ‘small house in cape cod,’ in response to a family’s need for flexibility over the course of several generations. the spaces are not only flexible between the three sections, but also adapt to a family’s naturally evolving spatial requirements throughout the years. each component has the ability to become autonomous of the other, creating two single family houses when the children are older, or opened to become a studio, office or entertainment room as per the inhabitants requirements.   structurally insulated panels (SIP) rest on a concrete foundation that supports two primary volumes – one jutting out to the landscape horizontally, the other with a more vertical nature. a screened porch bridges the two and possesses the ability to extend either of the functions or creates another altogether in response to the new england seasons. locally obtained structural wood decking, cedar and douglass fir wrap the surfaces on the interior and exterior, with exposed glulam beams running under the entrance vestibule. 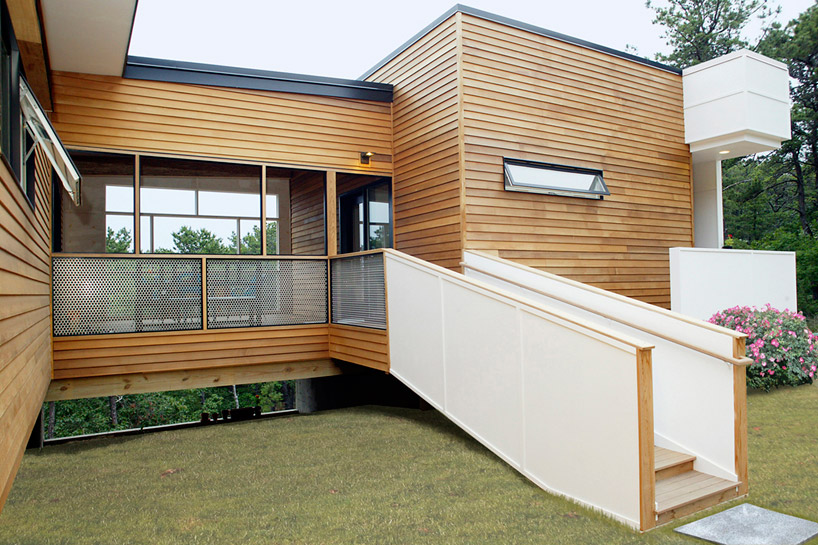 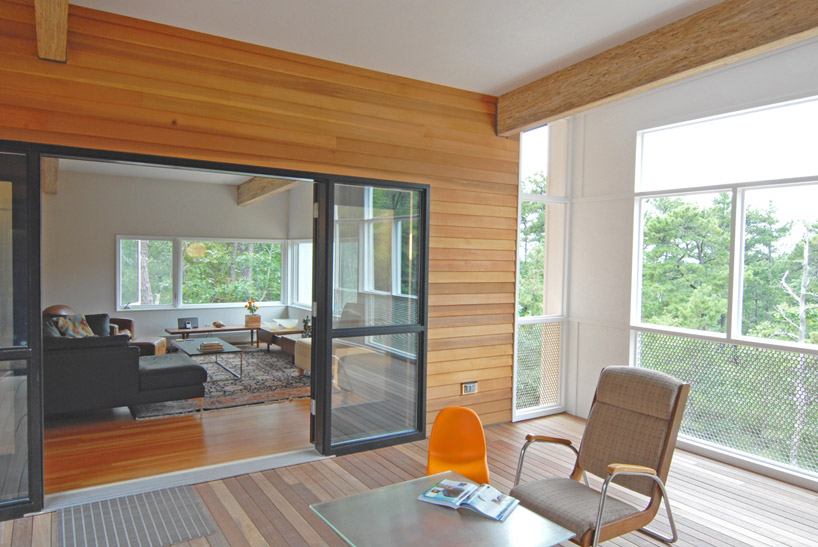 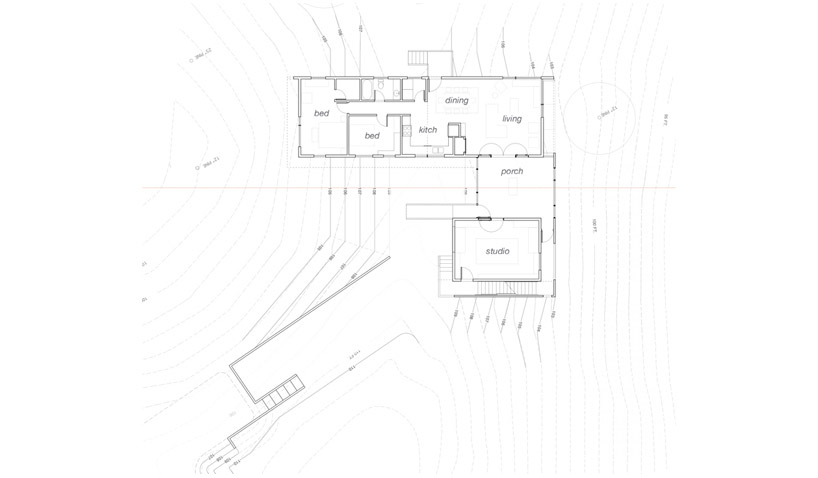 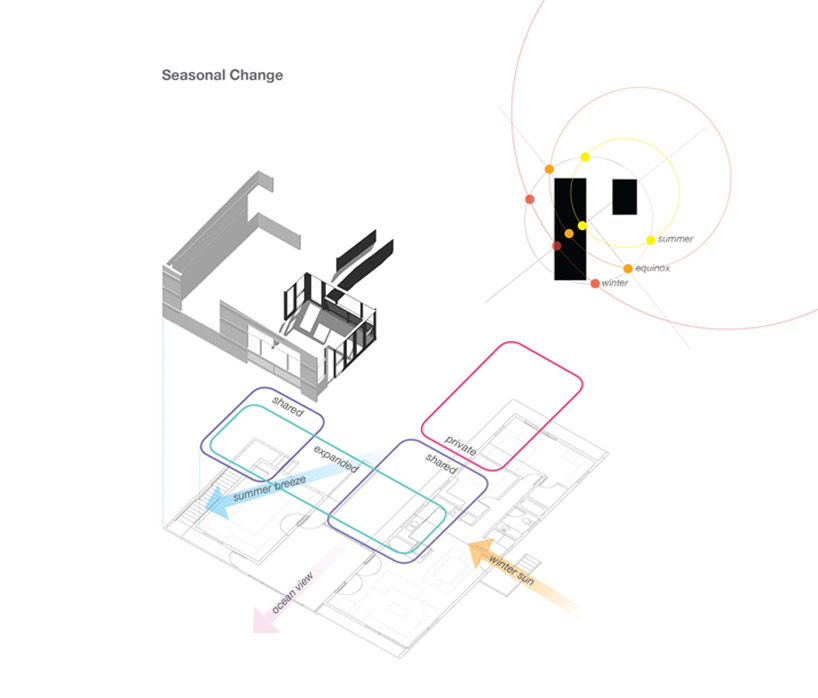 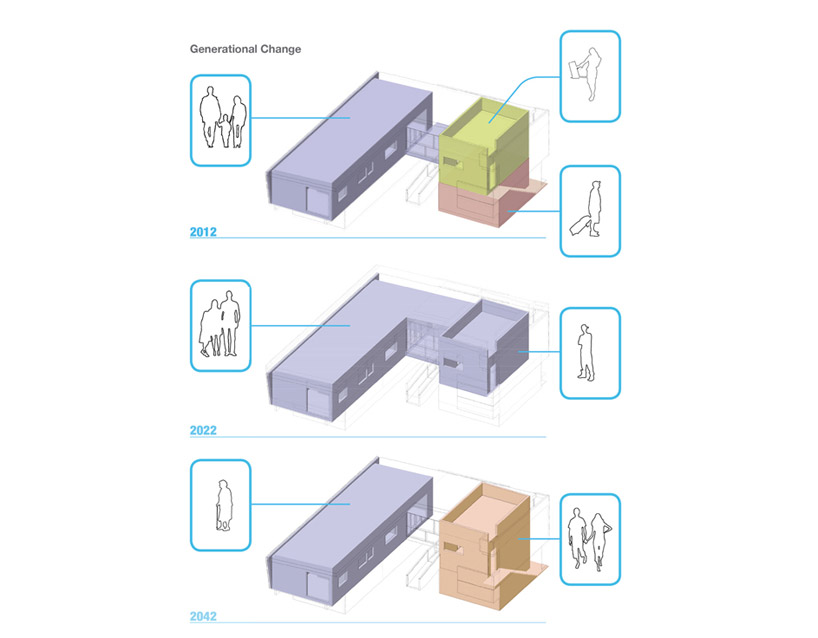