paris-based studio christian pottgiesser architecturespossibles (christian pottgiesser, pascale thomas pottgiesser) has sent us images of their recently completed project, ‘maison L’, a private residence for a six-person family. located half an hour’s drive west of paris, the roughly 5000 m2 plot of old trees called for a design that would leave the spacious grounds predominantly untouched. 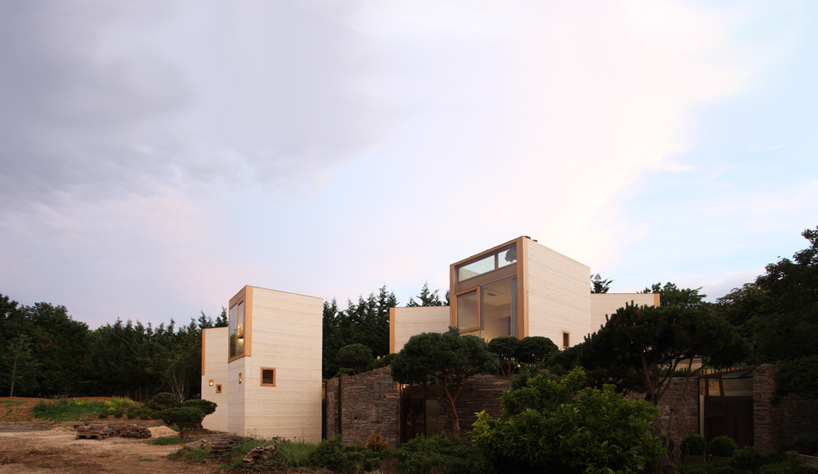 the project works with a pre-existing 18th century orangery, a conservatory-like building with a seven-meter high ceiling line on the northern part of the site. to disturb the ground as little as possible, ‘maison L’ extends 50 m to the north-west to line the boundary, resulting in a general ‘L’-shaped plan.

considering the natural topography of the site, the house is buried up to two meters below grade with a garden roof covering the ground storey. this main level remains largely open and connected, with varying degrees of privacy depending on the depth of the zone’s placement. five three-storied tower-like volumes puncture through the green roof to stand almost autonomously with the main level. positioned to frame a specific perspective of the site, each tower houses a dressing room, storage space, a mezzanine, bathroom and a bedroom. 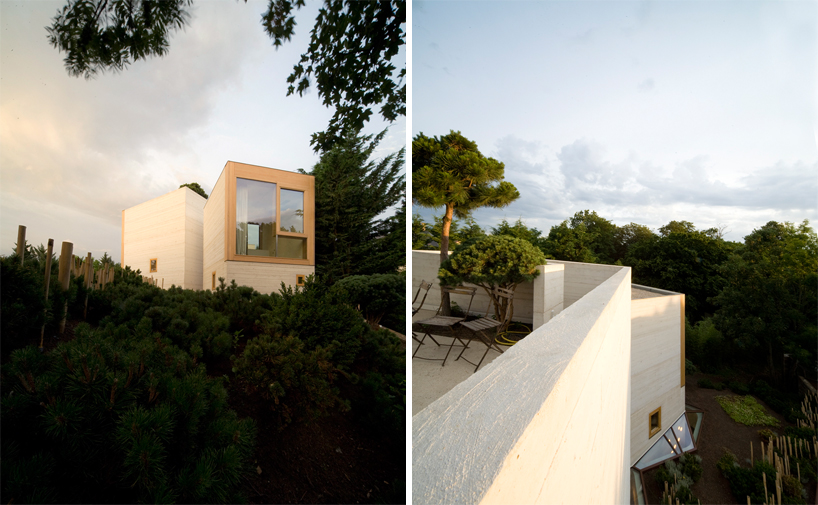 (left) among the trees (right) from terrace

though mainly underground, natural light is ensured to the main level through a stretching of the interstitial space between the tower’s structure and the garden roof. the steel-framed gazing blurs the boundary between indoors and outdoors, directly connecting the inhabitants with the outdoor elements. 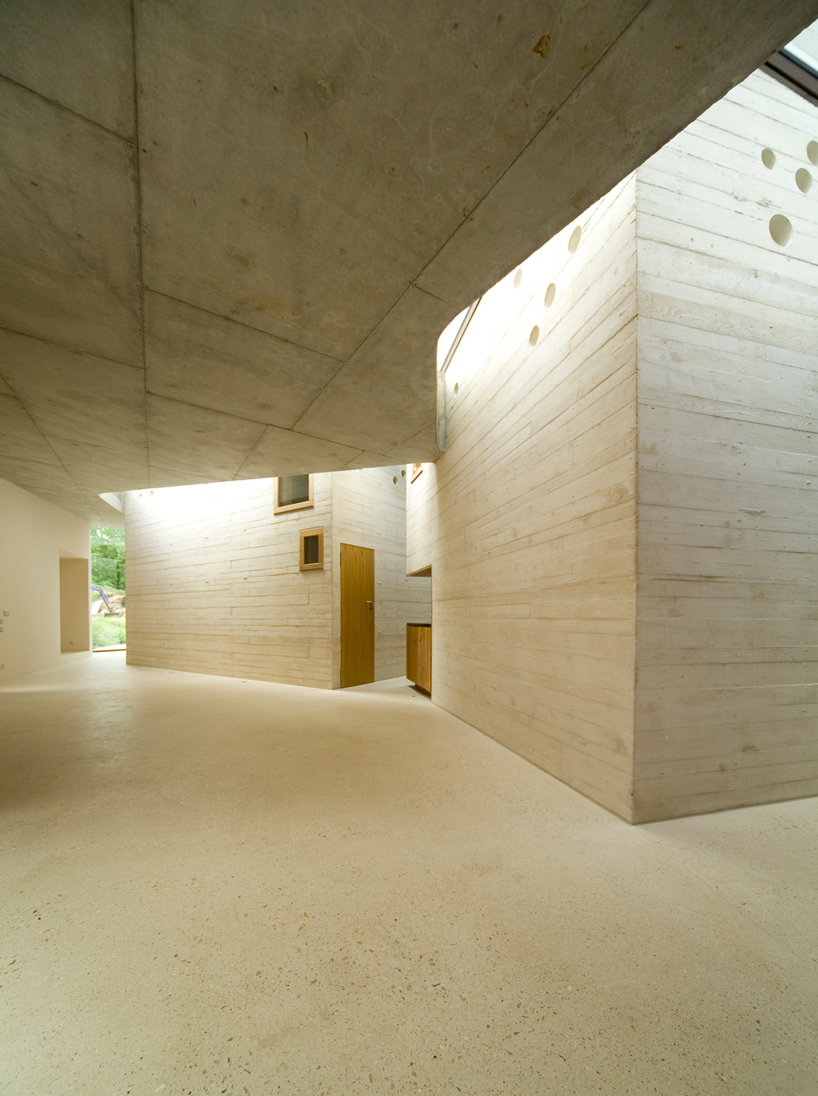 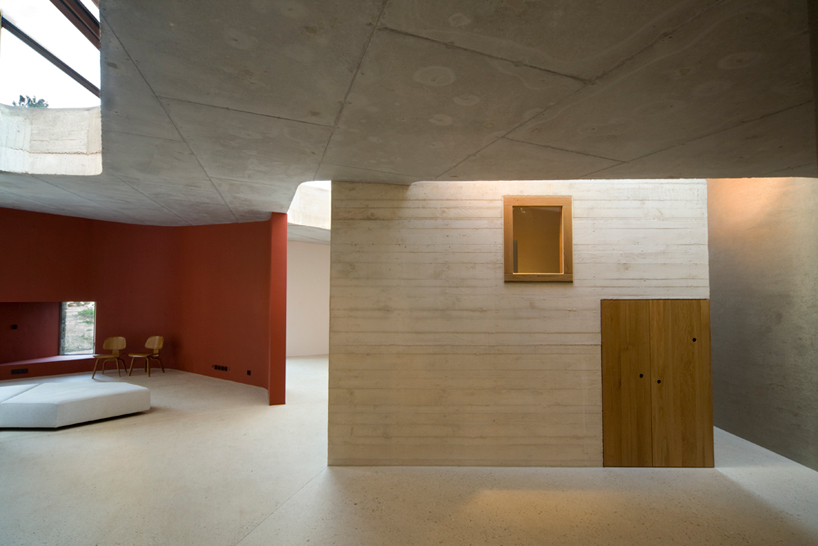 entry to a tower on the main floor 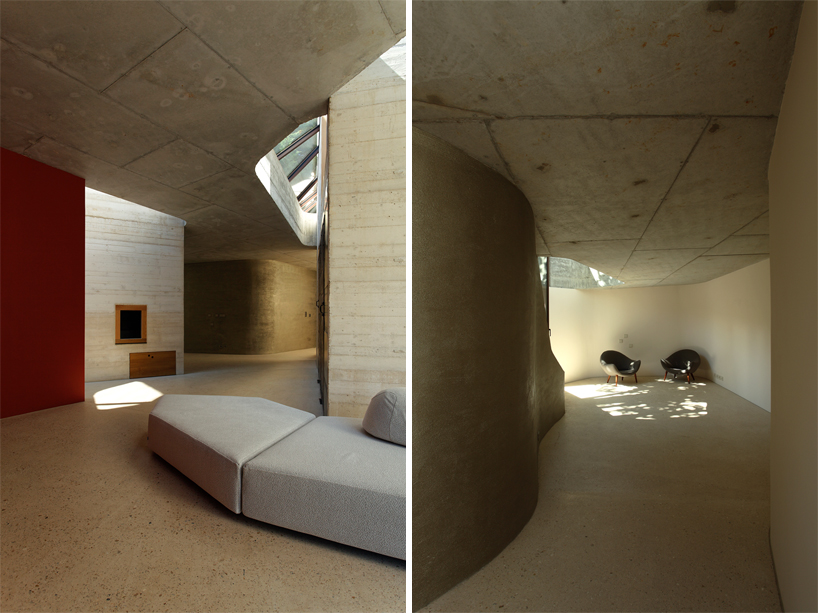 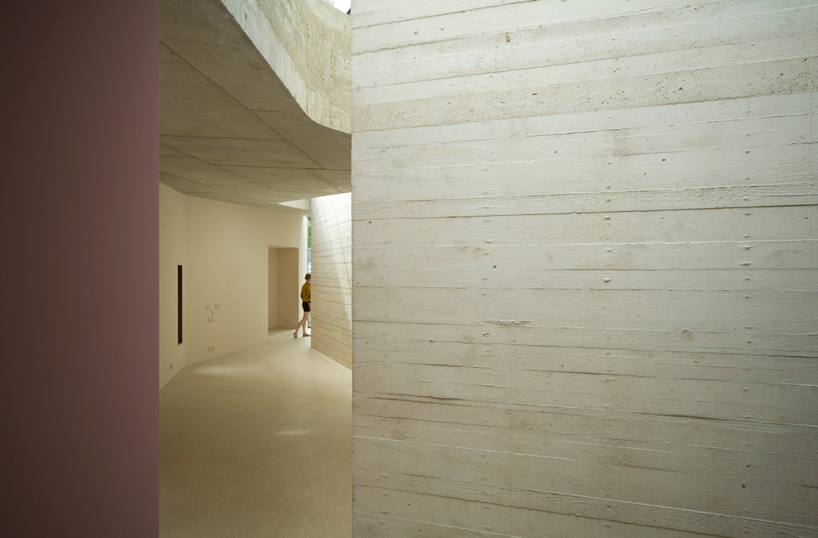 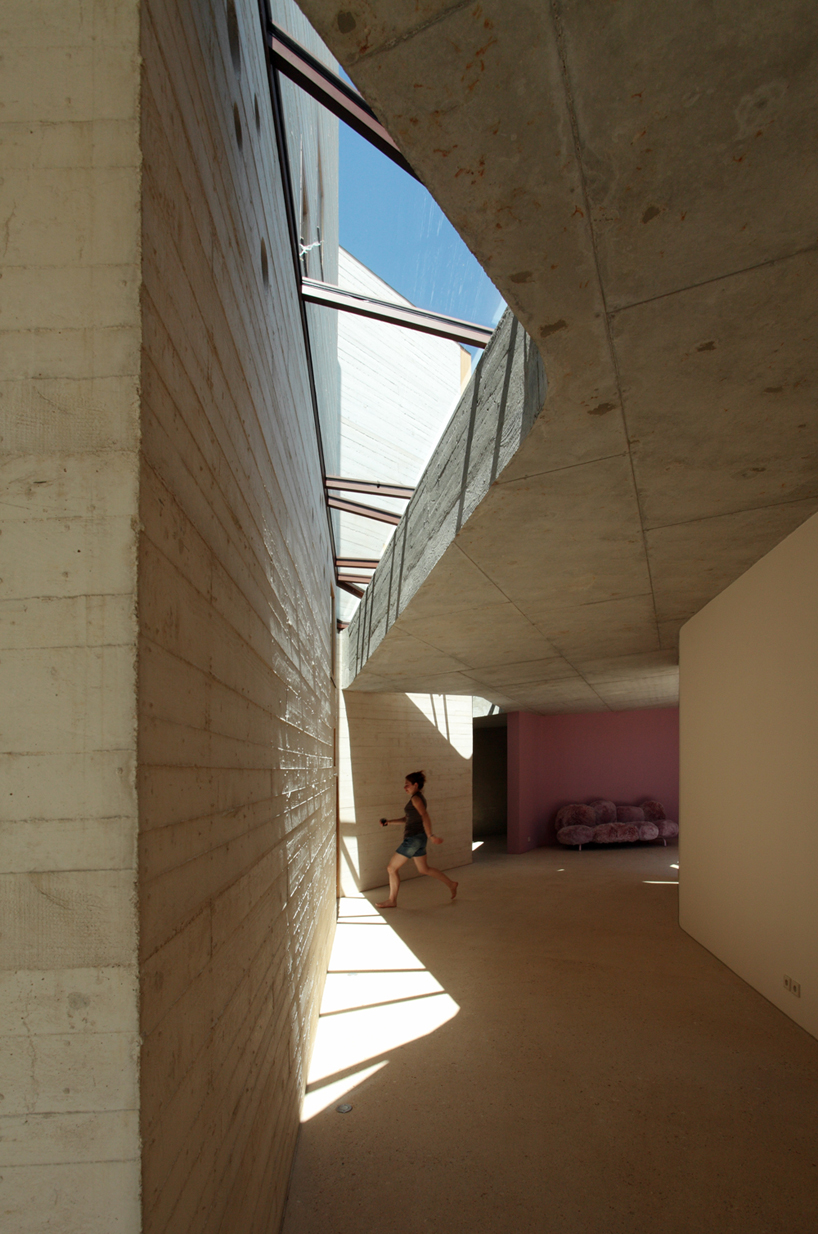 glazed openings in the ceiling 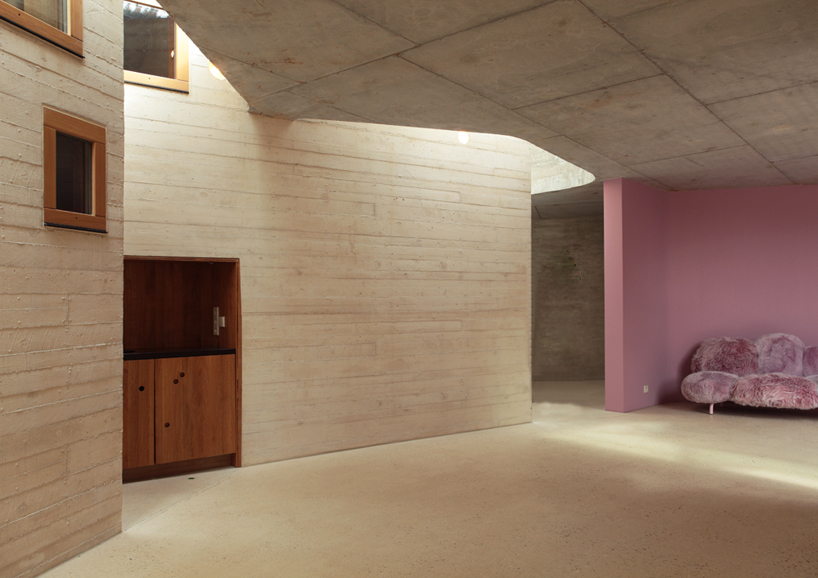 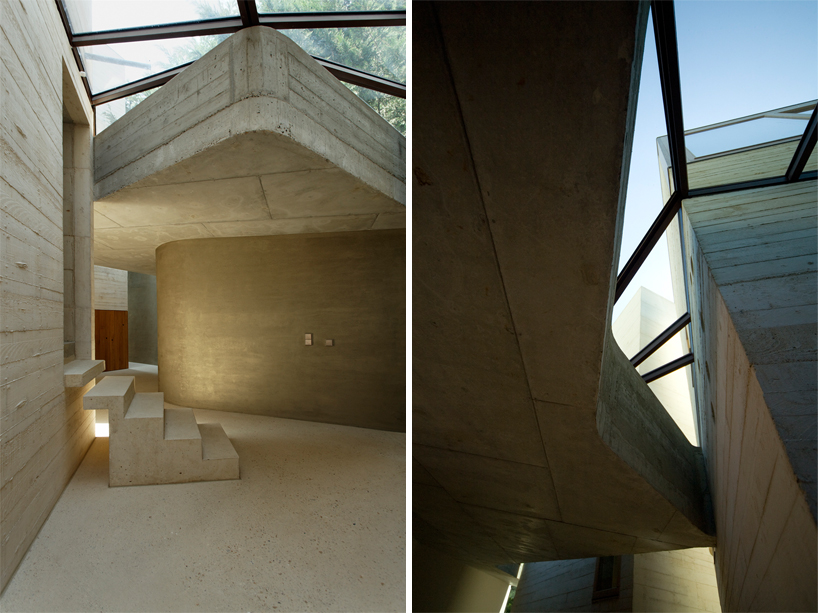 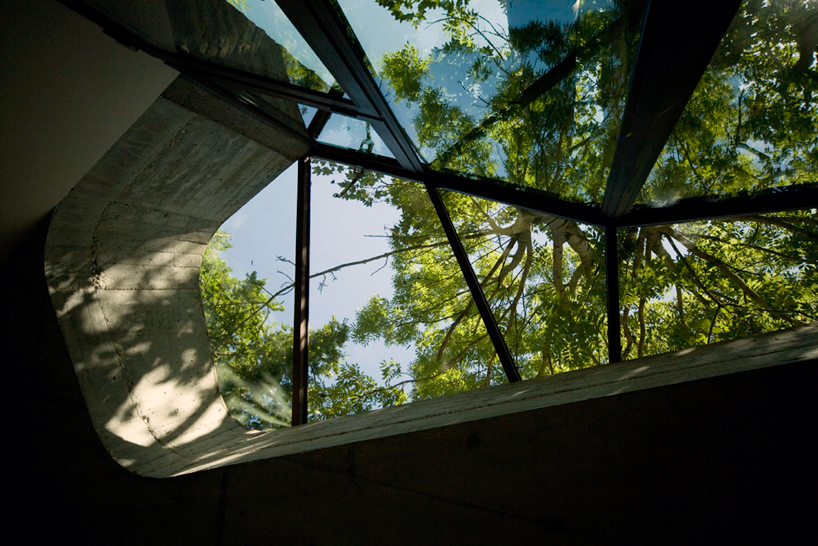 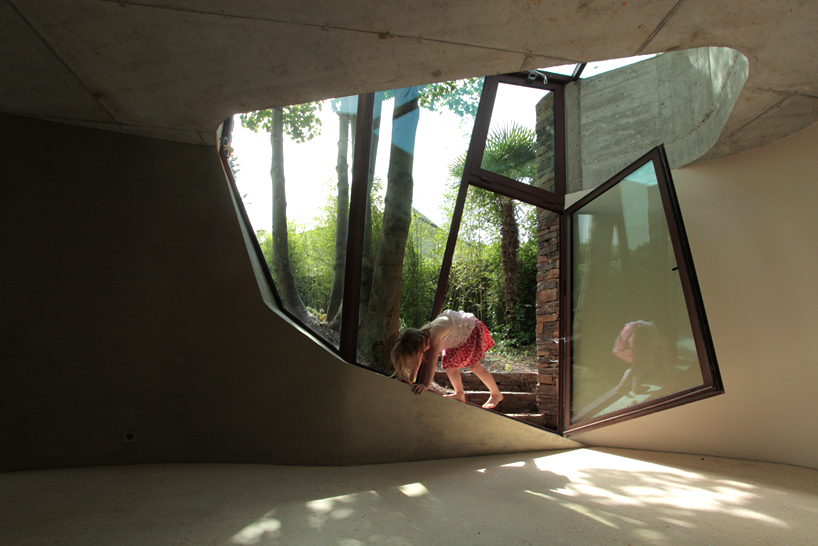 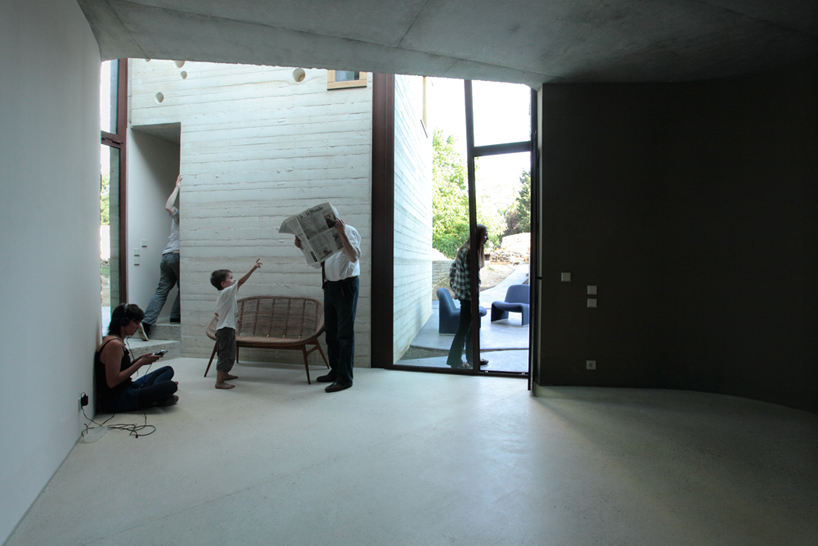 to further highlight the presence of the towers, the exterior facade of the main level is lined with a curved stone wall which blends the structure into the site. elements of this stone wall is repeated further into the plot, becoming retaining walls for surrounding pathways. 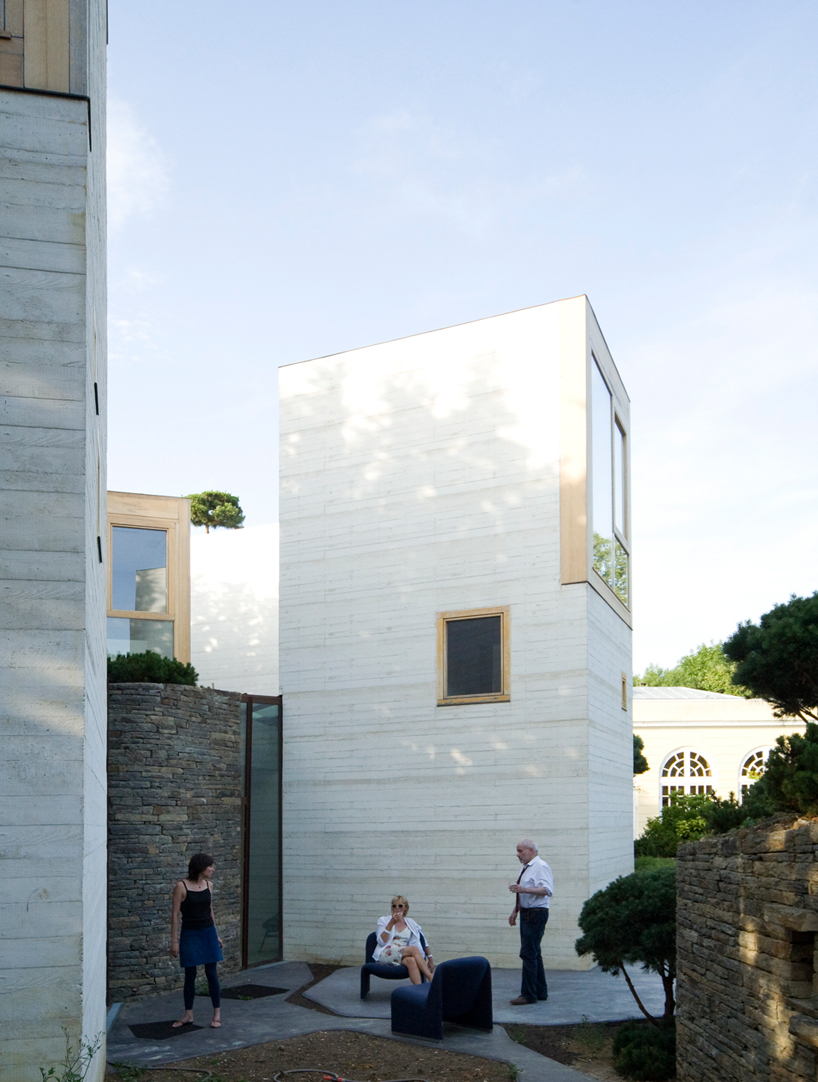 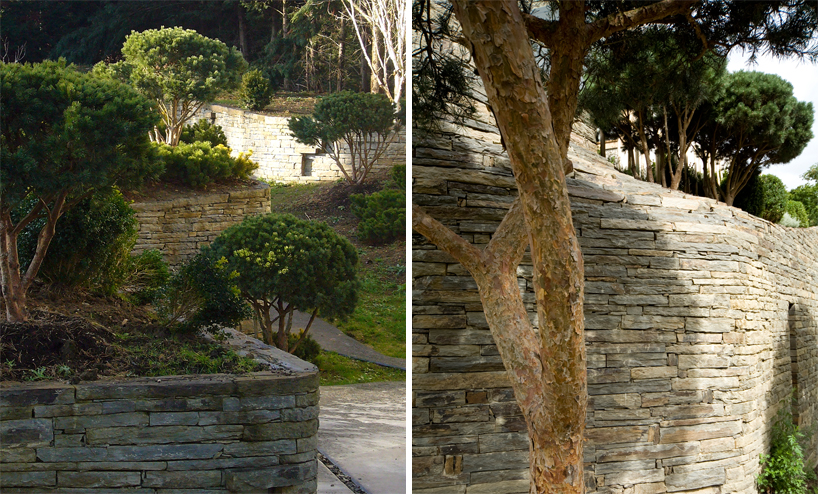 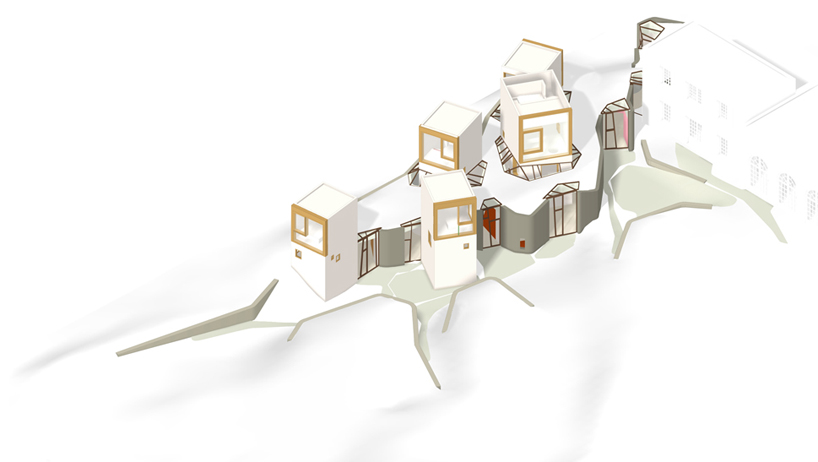 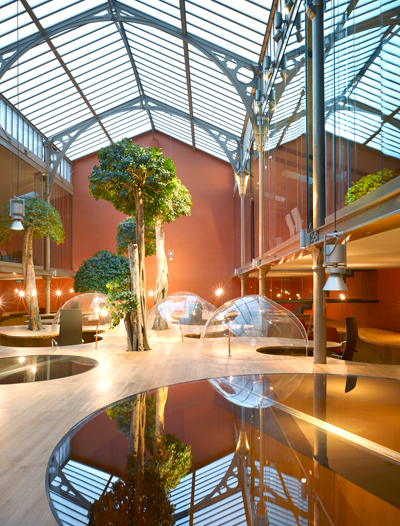