cienm2//100m2 architecture have won first prize for their ‘take smoke makes water’ project as part of the reinvent cities competition. young architects, engineers and landscape designers were given the opportunity to develop projects with 5 proposed topics; mobility, resources, wastes, communication and flood management systems for the competition.

every year about 20 thousand people die in the most important cities, because of pollution, this corresponds to 6% of all deaths, and 1.7% of central GDP in treating diseases. in poor countries about 1 billion people live without access to water, which corresponds to 46.6% of urban population;

cienm2//100m2 architecture concept ‘take smoke, makes water’ is a triple set of interventions defined by a logic of sustainable energy in social-urban action, relative to 3 scale levels (S, M, L). the strategy of occupation (or settling) of the site is generated from the location of the new nucleuses of clean areas.

the location follows a logic of density and multiplicity of the population and social advice; this means that the position or the number of interventions depends on the capacity of the users proposed, more number of users, more number of nucleuses and / or combination among them. the idea is to generate an ‘active skin’ composed of chemical filters that function as catalysts caught caught-smog in conducting their internal reactions that clean air and recovery water, which is transmitted to the medium in the form of vapor water or simple condensed potable water. this skin is applicable to multiple types of buildings and works according to three logical situations; overlap saturation and osmosis.

reaction: H2SO4 pass through filter = H2O overlap: proposes the installation of an autonomous element which feeds back with his close radius of action, work as an implant in social-environmental emergency situations. saturation: elements of metropolitan character with high capacity filter of H2SO4. osmosis: insertion microclimates located on high density, small-scale urban projects.

at the same time, the intervention proposes an image that generates identity with the environment; ‘weather logic’ will do the nucleuses into elements of changeable aspect; it is a process that emulates the succession of living systems and his unpredictable action. 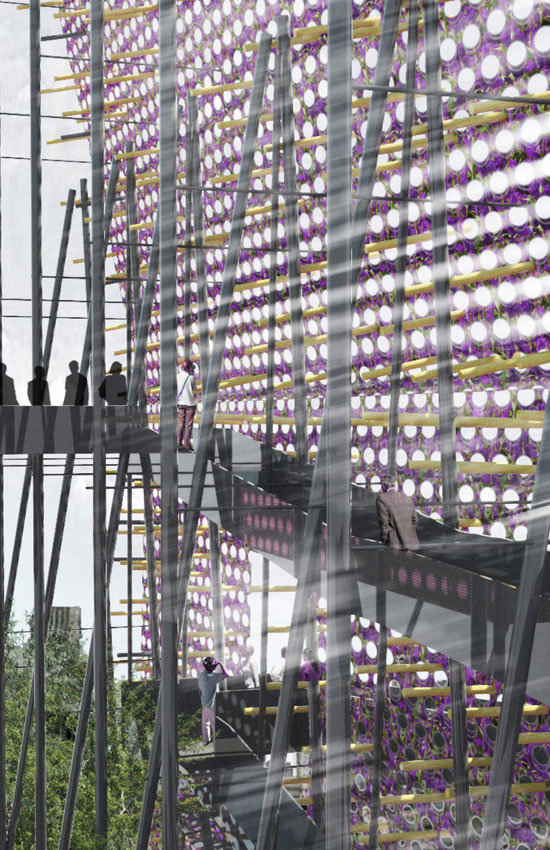 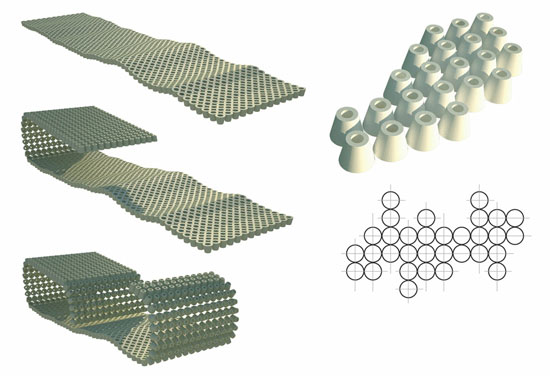 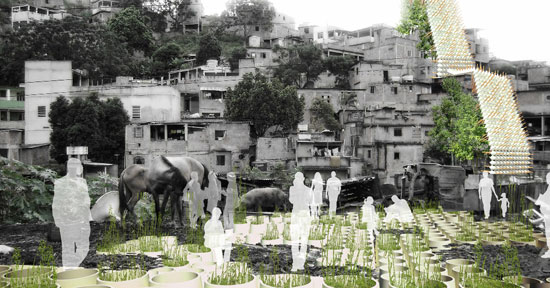 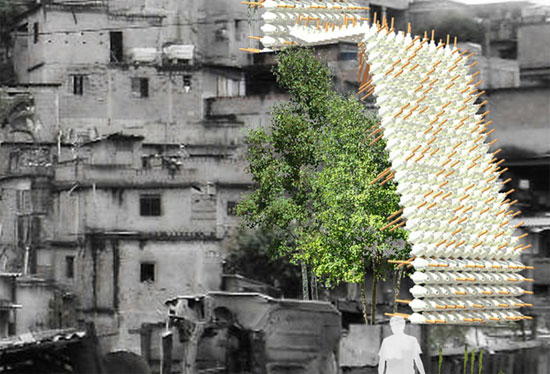 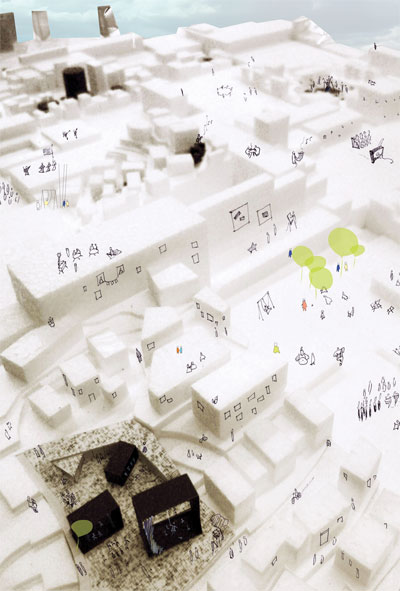 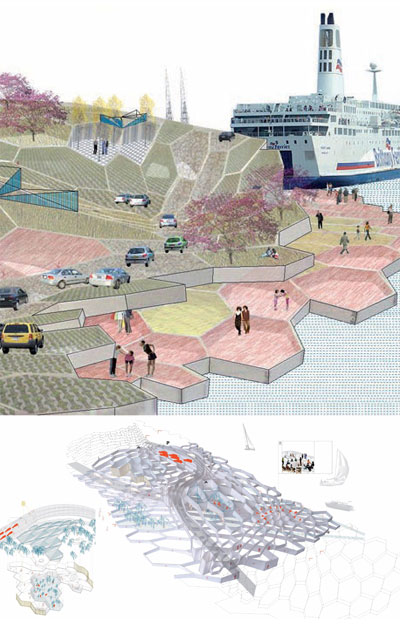