flower structures are able to thrive in even the most adverse conditions, always finding a way to grow and morph to remain in a constant balance with the natural world. architecture must adopt a similar responsiveness, an ability to adapt to uncertain budgets, social change, and ecological demands; and in the same organic, intuitive ways as flowers. 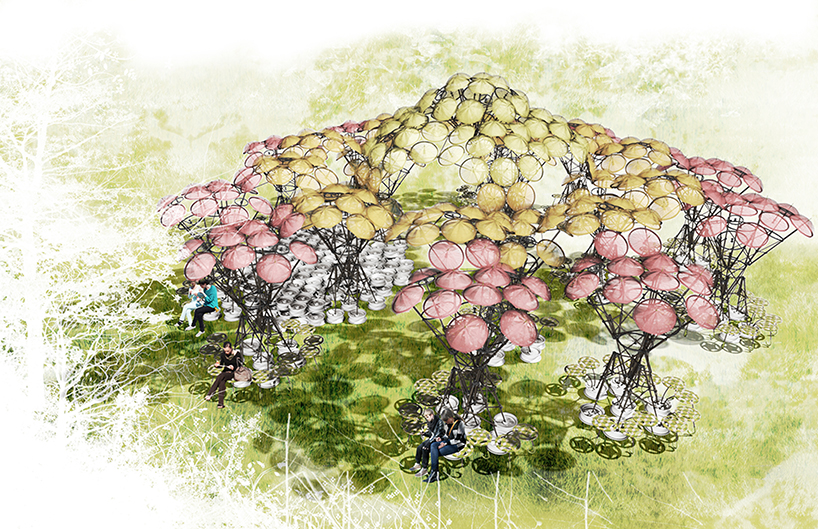 in 2010, new york non-profit FIGMENT–with the emerging new york architects committee, and structural engineers association of new york–hosted a multi-year competition to design and build the ‘city of dreams’ pavilion on governors island, NY. the project focuses on the future of cities and people, and looks critically at humans’ relationship with sustainability and the natural environment. 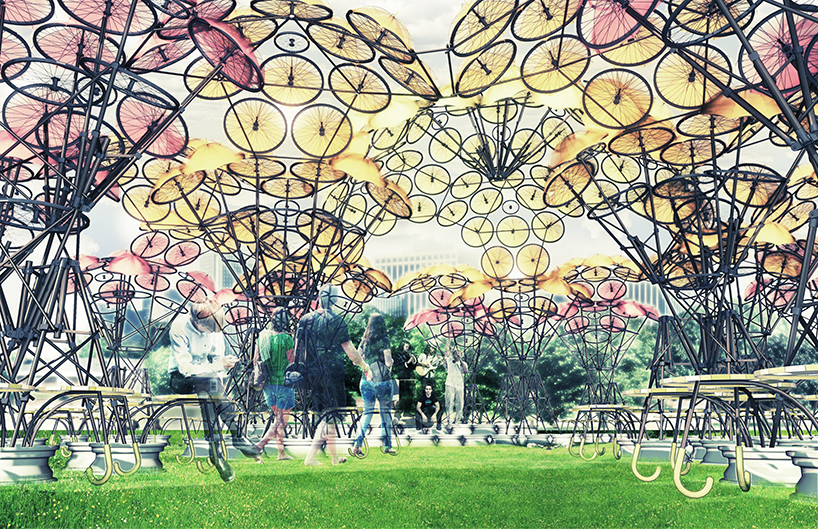 the competition was won by spanish architecture firm, izaskun chinchilla. their proposal is for a sheltered gathering place for 50 or more people to meet, learn, and engage in various performances and lectures. the design is influenced by flower structures such as those found in hydrangeas. the form is entirely made of salvaged and recycled materials, which are engineered into large tree-shaped supports and domed roofs. the pavilion is distributed in two rings: a large central dome provides visitors with a place to rest, dance and talk, which is supported by a various-sized outer ring of small domes. currently, the project is being crowd-funded on kickstarter. to support the effort or to learn more, click here. 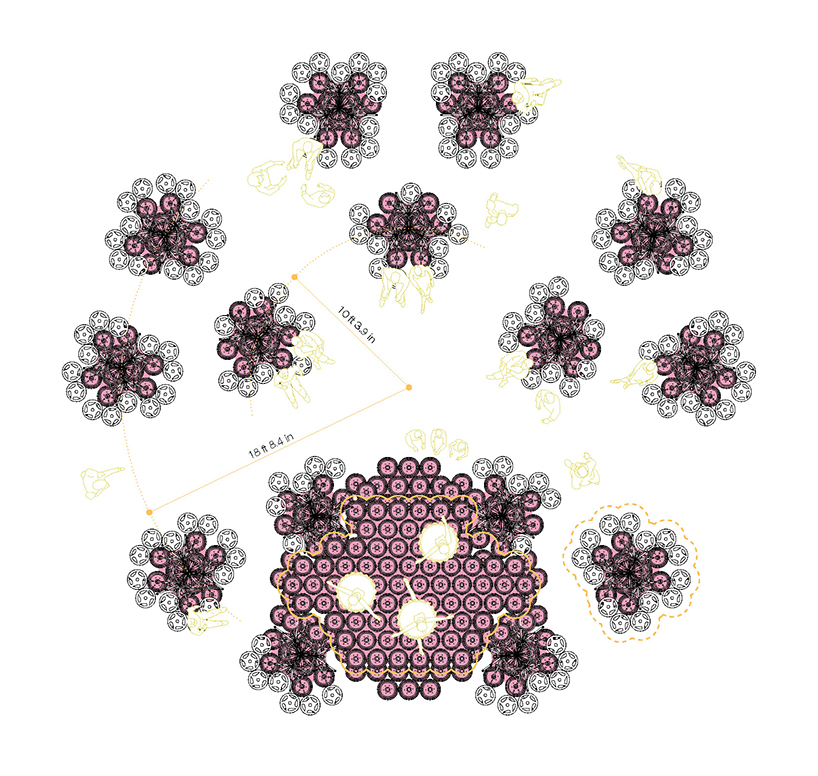 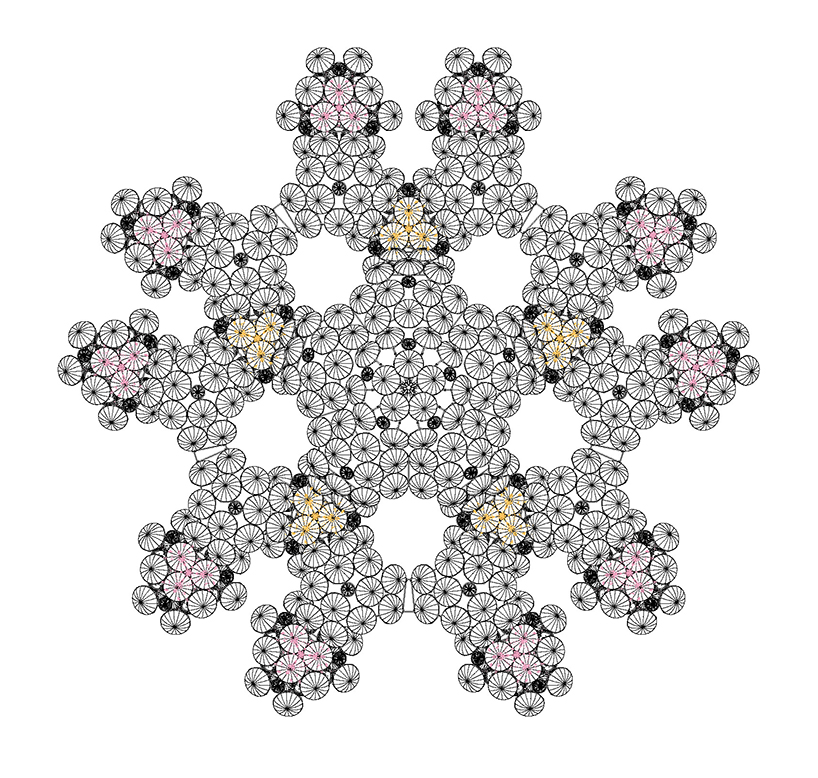 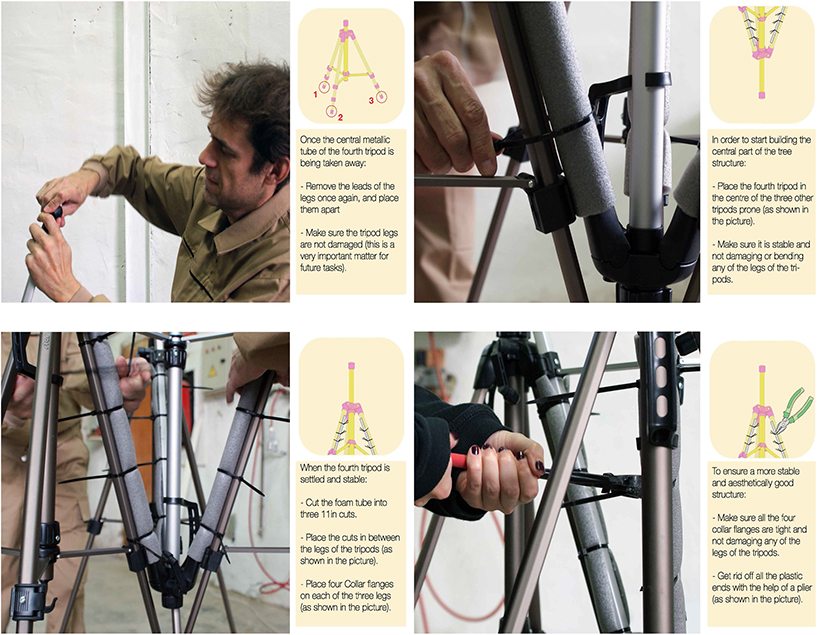 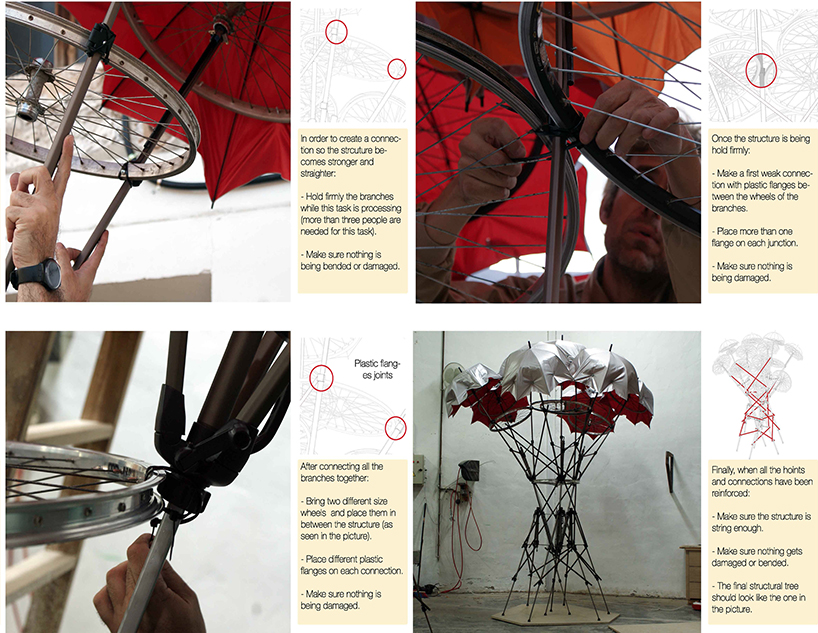 the structure is made of tripods, car and bike rims, and misplaced or forgotten umbrellas 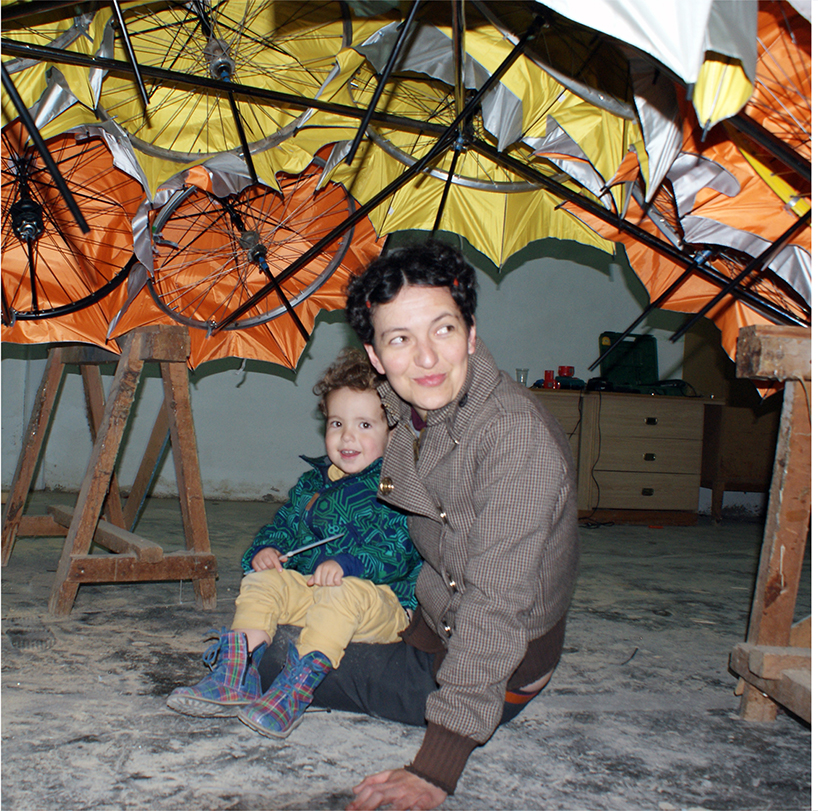 izaskun chinchilla and son under dome 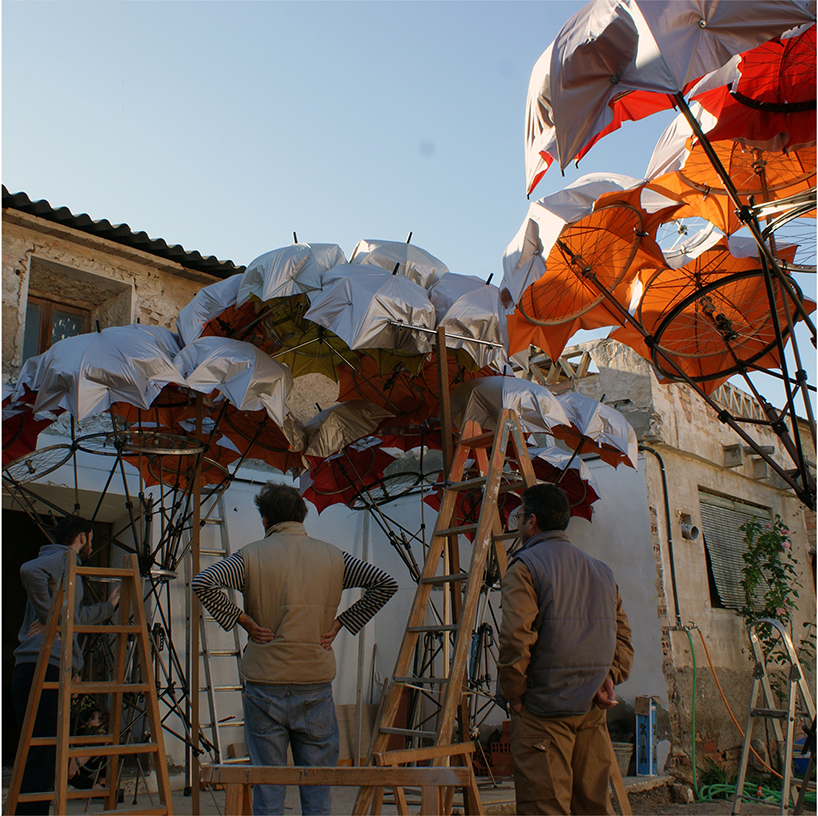 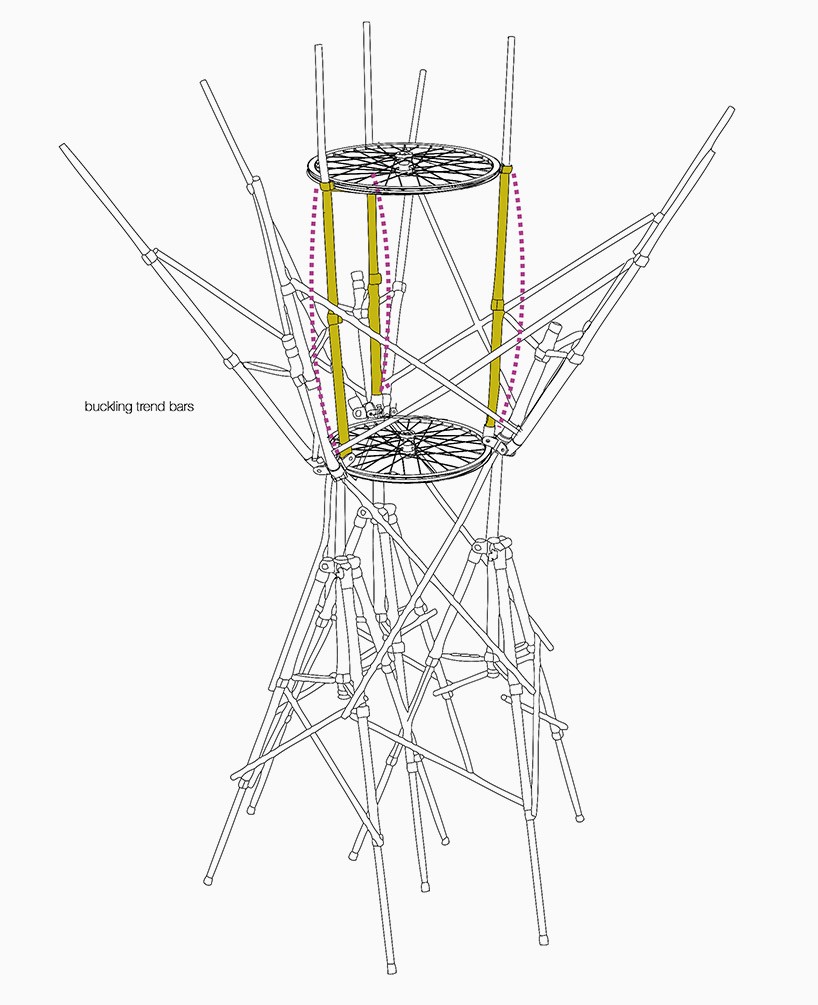 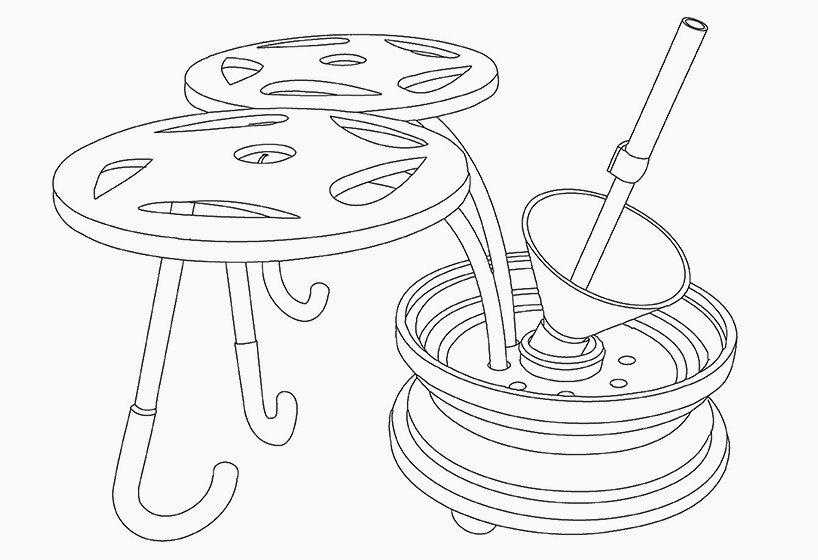 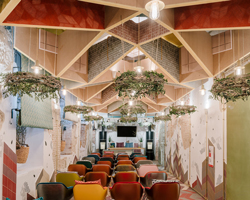 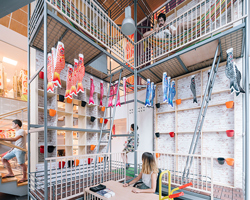 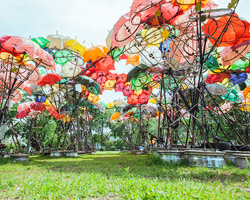 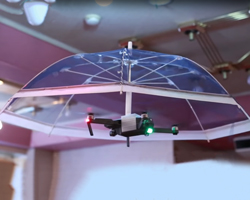 Jun 04, 2018
the hands-free umbrella drone uses smart AI to protect you from the elements