a brand new facility that can accommodate up to 2,000 asylum seekers has opened in the northern dutch town of ter apel. the development, which forms the largest permanent reception center in the netherlands, replaces the site’s previous outdated complex with a new village that was planned, designed, and completed in less than two and a half years. 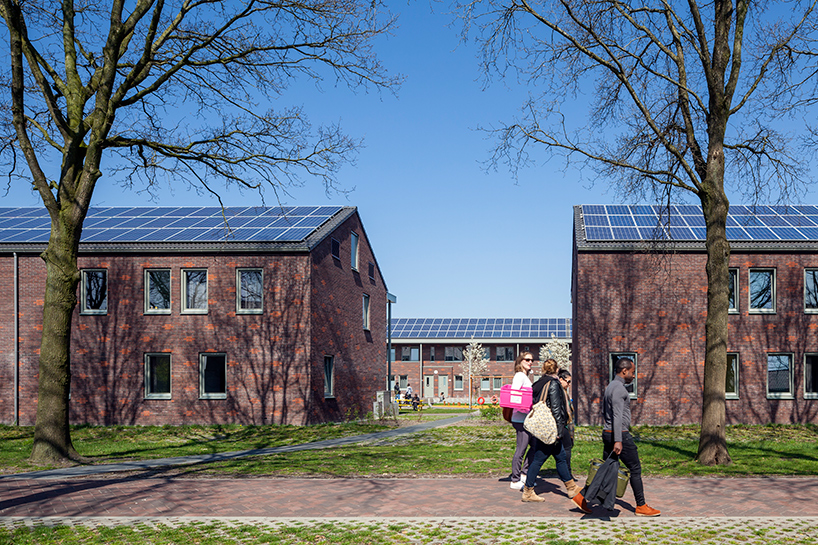 all images by scagliola brakkee / video by pit film

the ‘COA reception center’ is the collaborative effort of BAM bouw en techniek and multidisciplinary design office de zwarte hond, who won the commission in 2014. FELIXX later joined the team as the project’s landscape architect. as the site is located a short distance away from the surrounding towns, it forms an independent village that combines living accommodation with on-site services. arranged around a central strip of parkland, 258 ground-floor and upper-level units are clustered in eight neighborhoods. 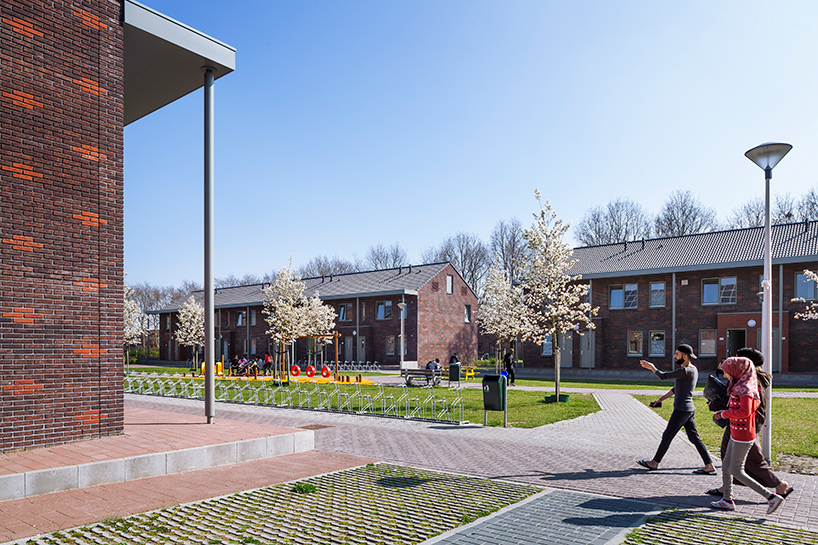 the new facility can accommodate up to 2,000 asylum seekers

this configuration creates extra space between the units, providing more privacy for inhabitants and reducing the high occupation density. the layout also creates space for a landscape framework, with spatial elements and structures guiding asylum seekers via public spaces to both communal areas and their specific accommodation. 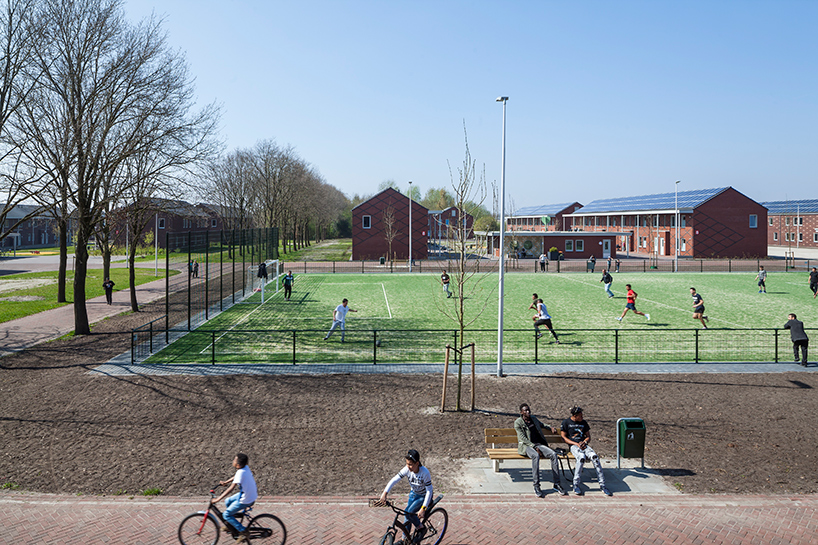 a green boulevard, connected to the central park, forms the entrance to the site. securely located behind the reception, a primary school provides children with an introduction to the dutch language and education system. service buildings, facility centers, and sports fields are located at the center of the scheme, with the eight neighborhoods positioned on either side. each neighborhood is distinguished by an individually-designed square as well as a pavilion that serves as a landmark and meeting place. 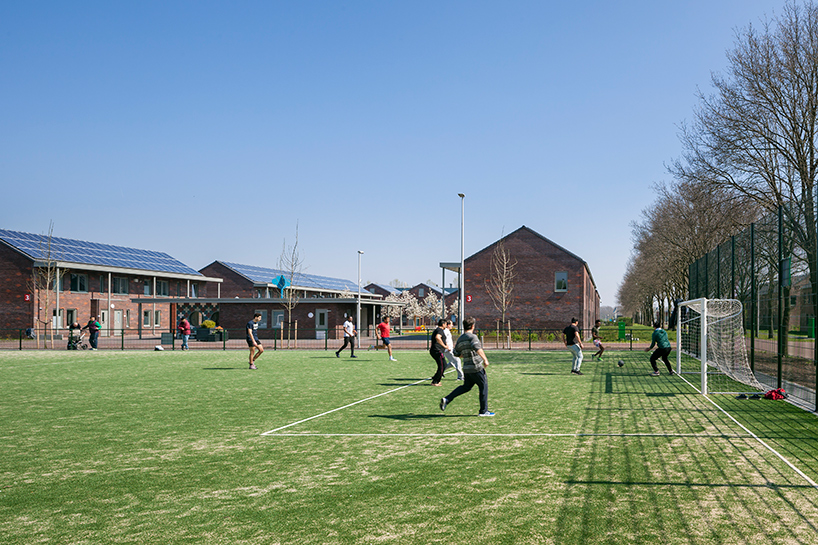 the site’s service buildings, facility centers, and sports fields are located at the center of the scheme

identified by a subtle use of color, pattern, and brickwork, the housing units each take on their own atmosphere. the courtyards combine areas for recreation and socializing with playing facilities for children. meanwhile, the zones between the various neighborhoods are not programmed. here, long grass, mown paths, and trees provide settings appropriate for rest and reflection. 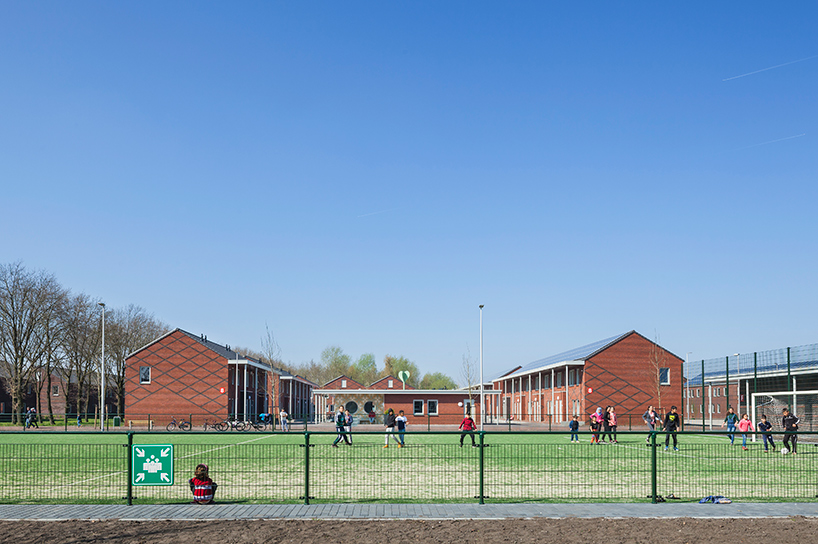 the development forms the largest permanent reception center in the netherlands

ter apel is the first address for foreign nationals seeking asylum in the netherlands. as it is not a temporary location, it has been specifically designed for the vulnerable and displaced with a flexible layout. the scheme features a high degree of prefabricated building components, allowing the phased construction to be completed in less than two years. from an environmental perspective, high-grade insulation has been used alongside high-yield heat recovery. solar panels have been installed across all roofs. 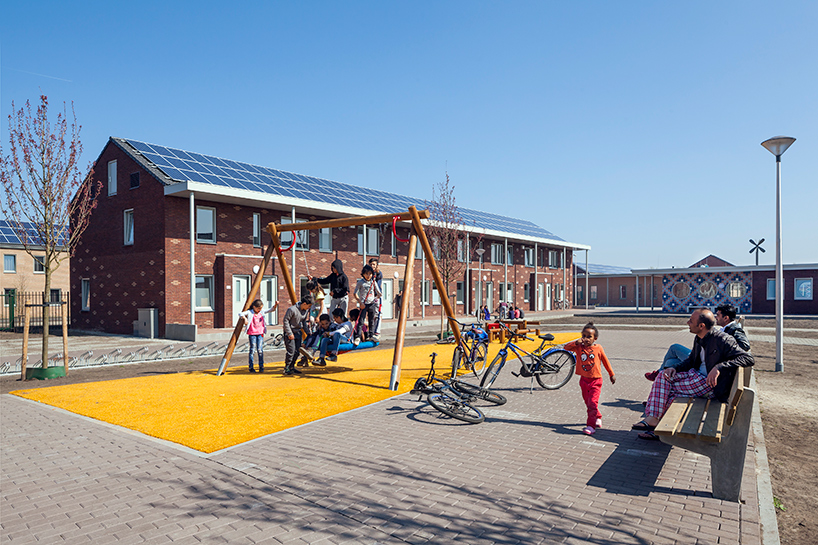 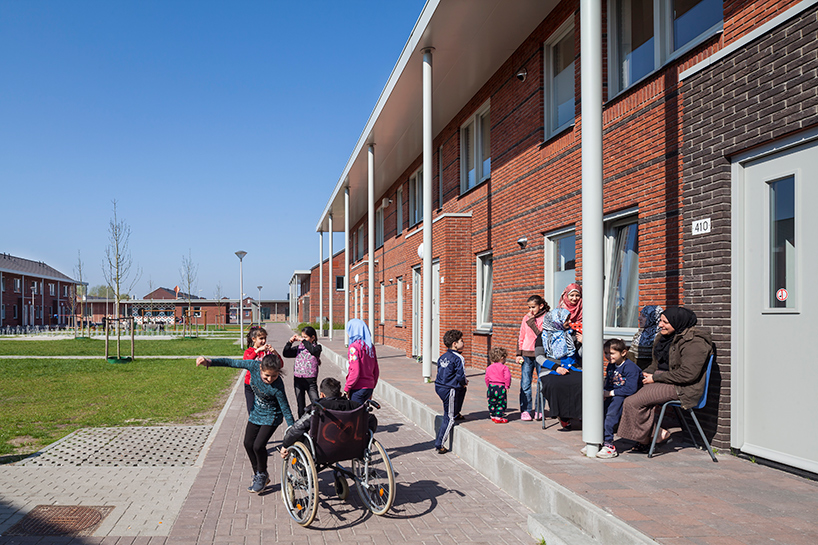 main facilities are arranged around a central strip of parkland 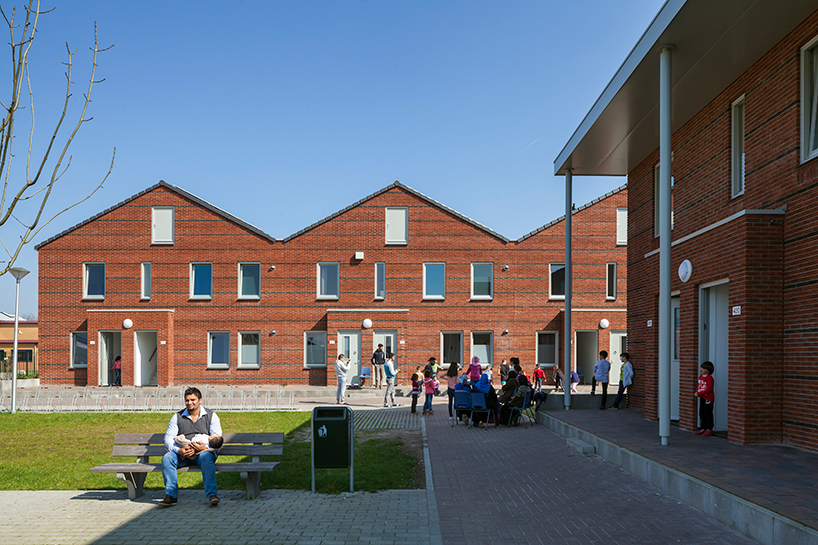 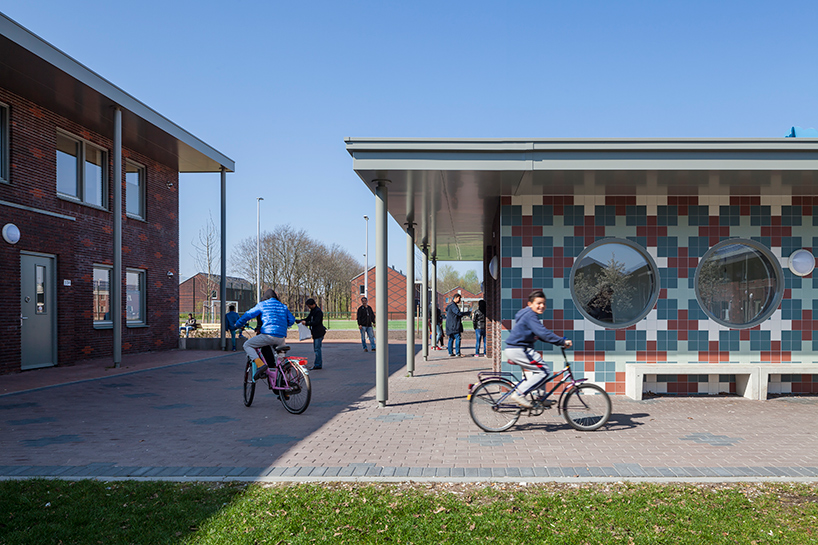 the zones between the various neighborhoods are not programmed 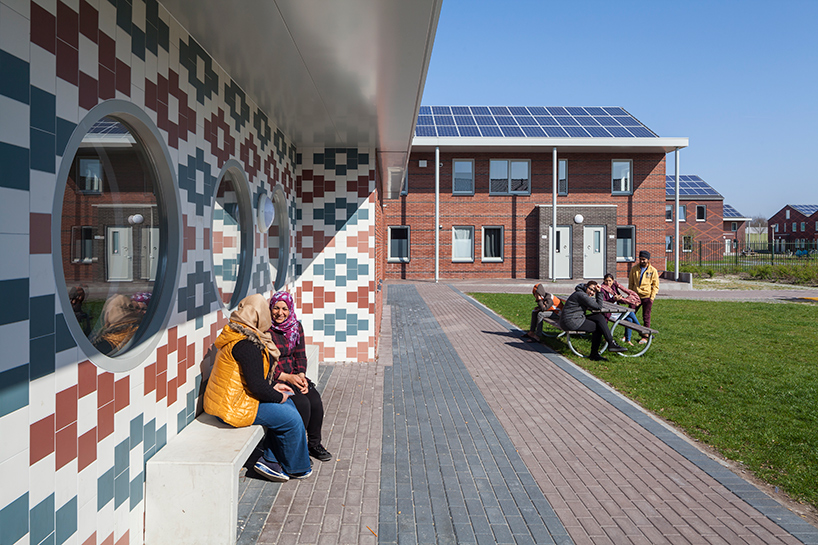 solar panels have been installed across all roofs 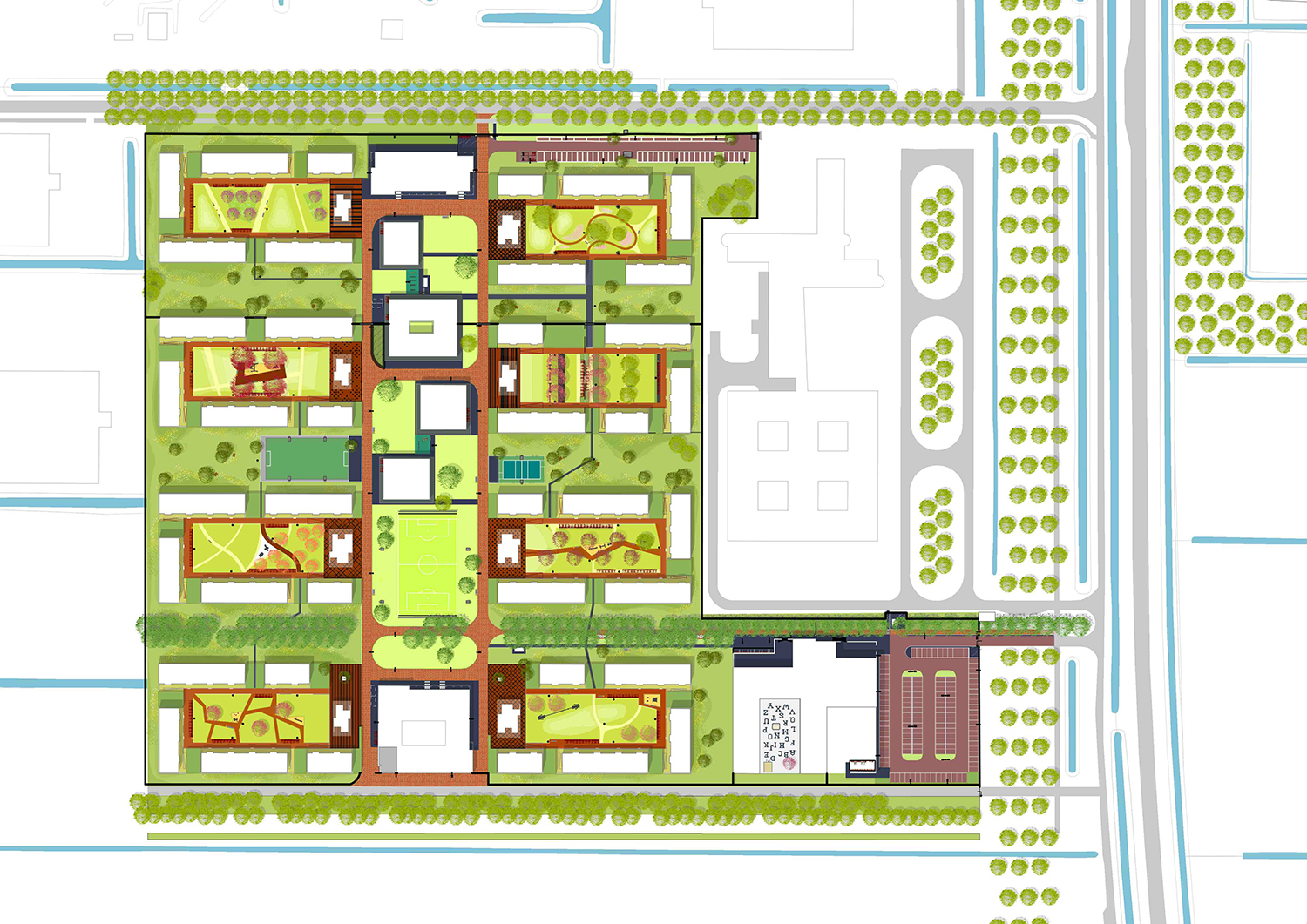 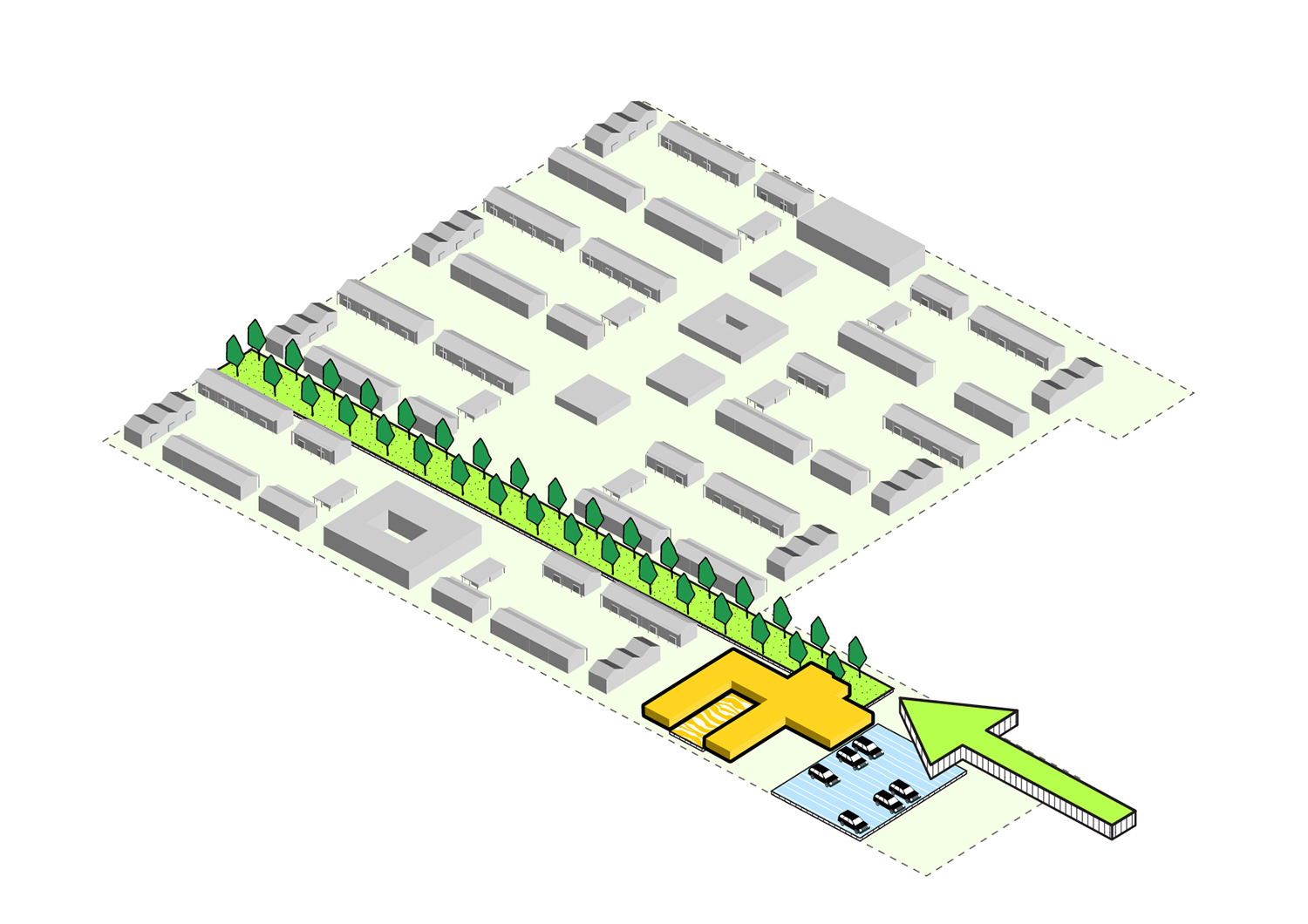 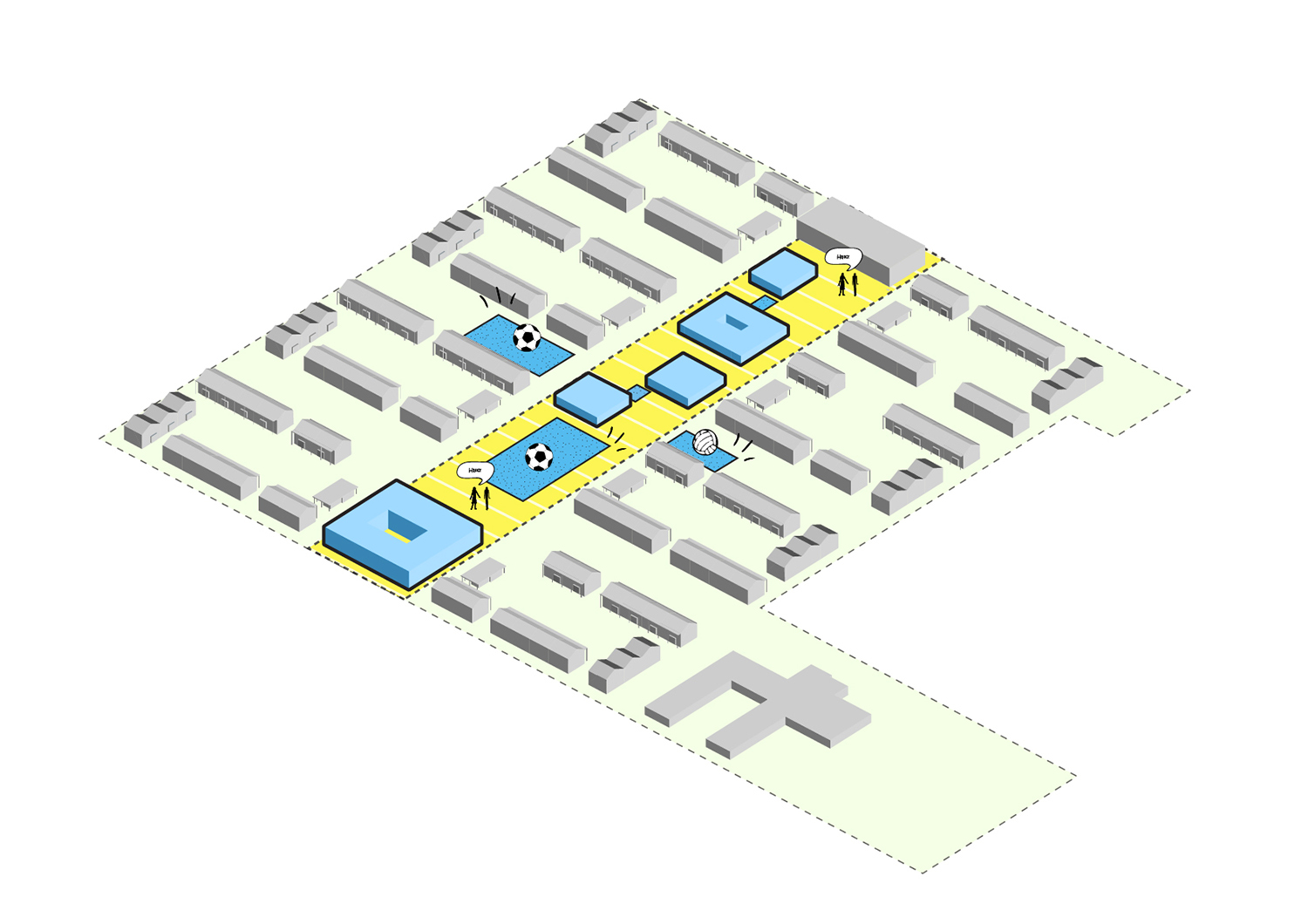 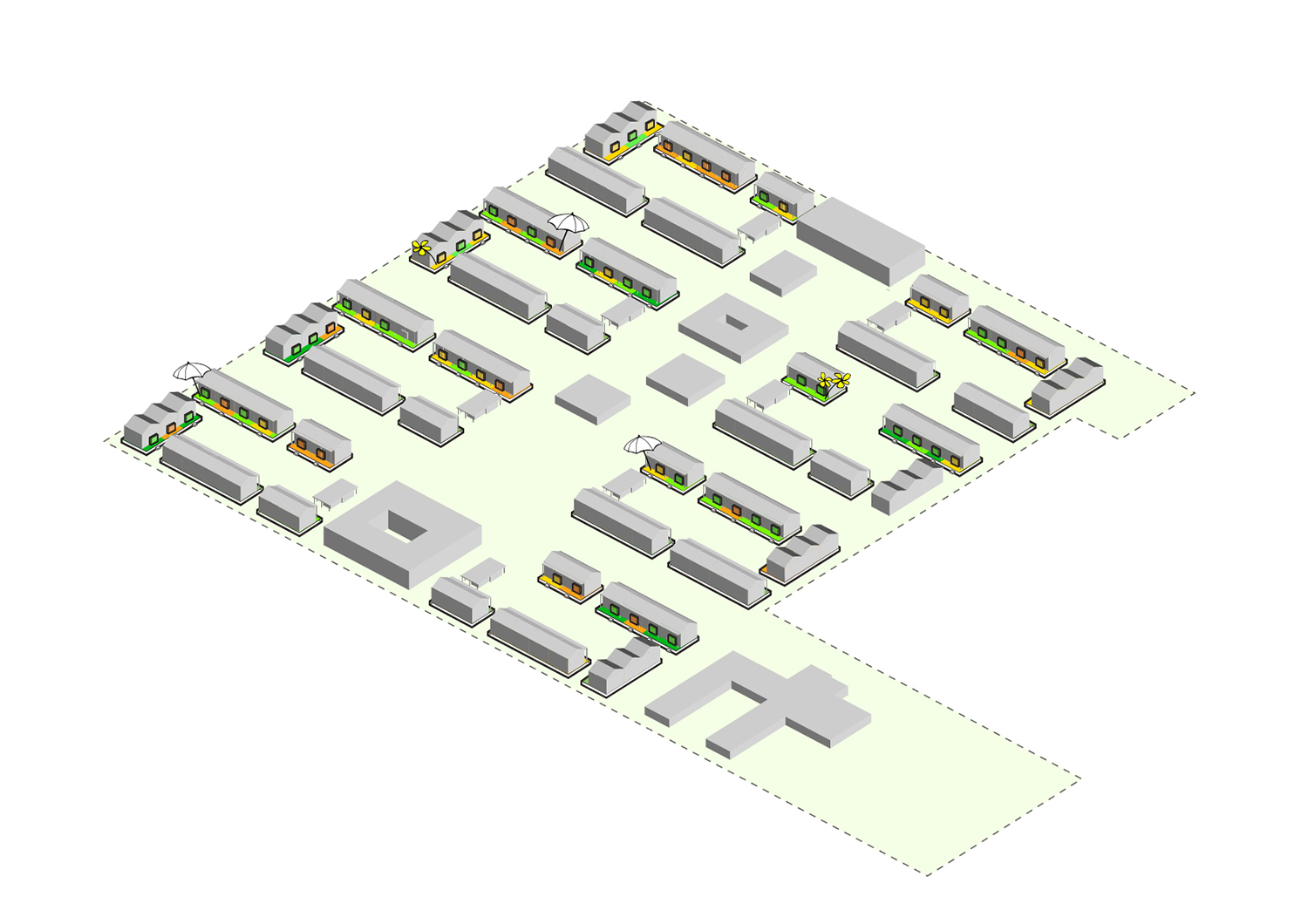 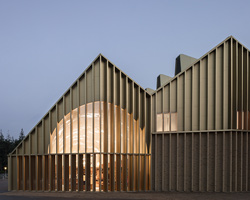 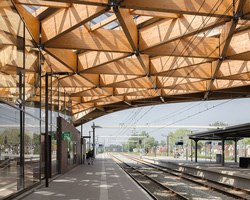 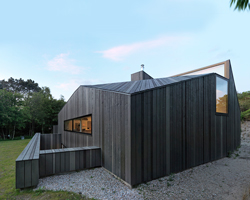