stuttgart-based practice coast office architecture (zlatko antolovic, alexander wendlik) has shared with us images of ‘microsoft citizenship exhibition’, a spatial installation for microsoft’s office headquarters in wallisellen, switzerland. integrating augmented reality technology at the core of the project, the design overlays four virtual spaces on an existing floor of the building to maintain the flow and function of the office.

running continuously along the walls, floor and ceiling, the project graphically delineates four zones within the revolving space. the colours of the strips are pulled from microsoft’s branding logo of red, yellow, green and blue. the computer-generated sensory inputs correspond to display four subject areas: society, environment, economy and future. when viewed through a smartphone or tablet screen, virtual ‘walls’ with interactive elements are observable. 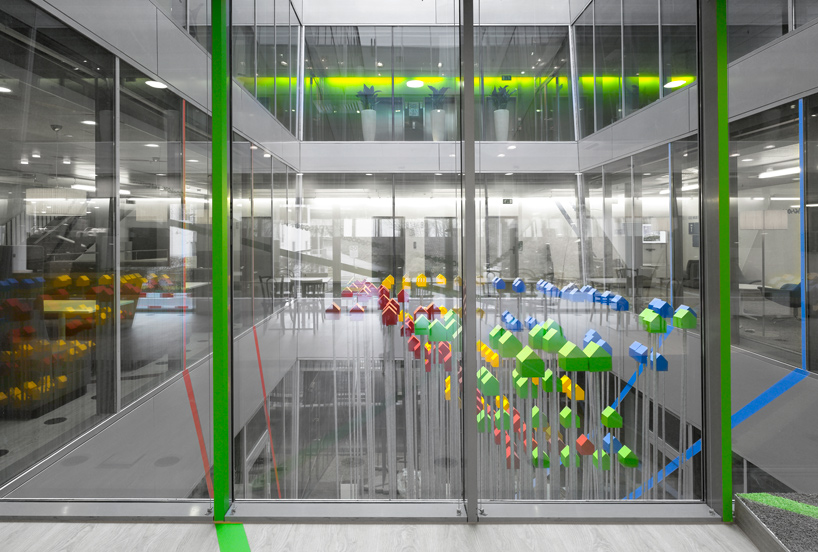 in the central glass-encased courtyard is an additional exhibition called ‘microsoft cloud installation’. composed of a series of colourful houses raised on stilts, the project represents the company’s current and potential partner’s of the company within the national border of switzerland. the bright installation serves as the core of the project and is virtually accessible from the cafeteria and informal meeting area. 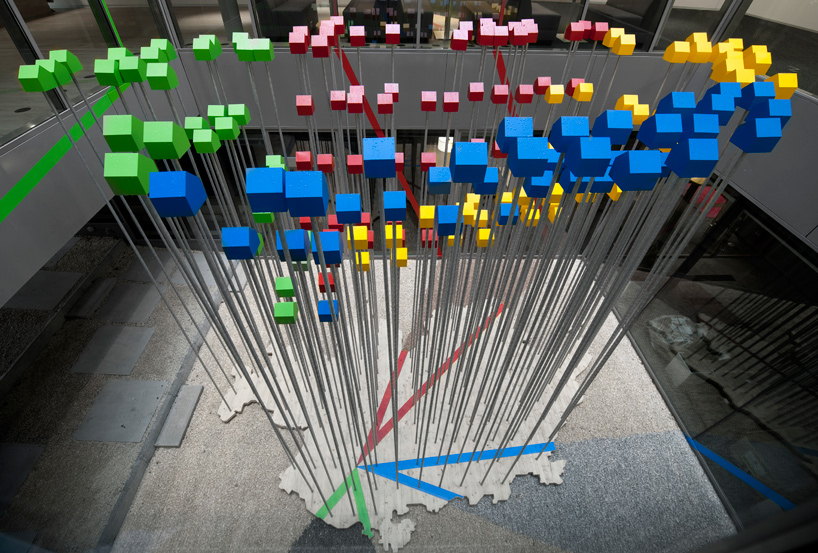 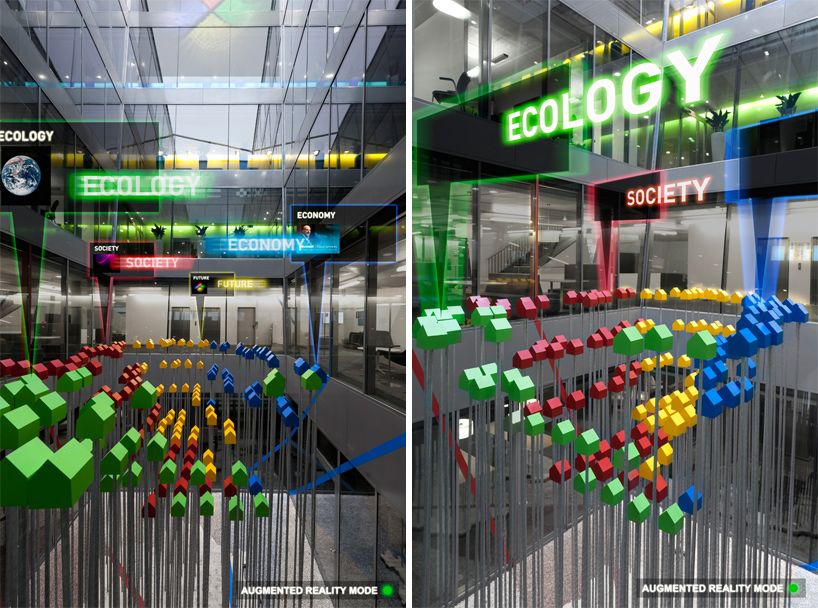 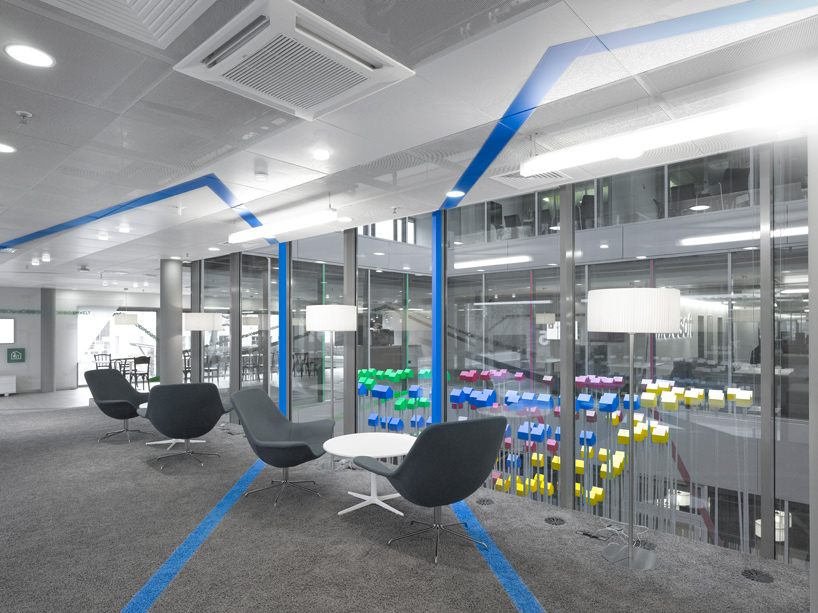 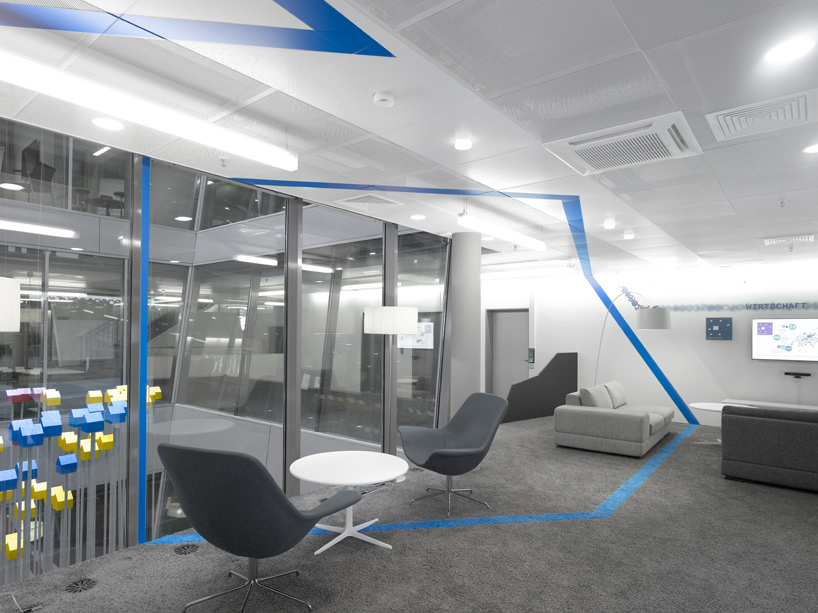 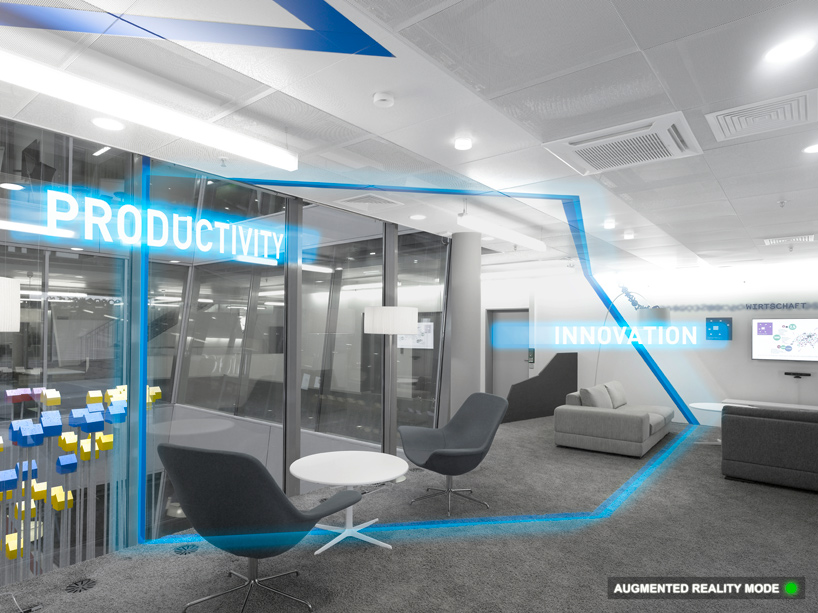 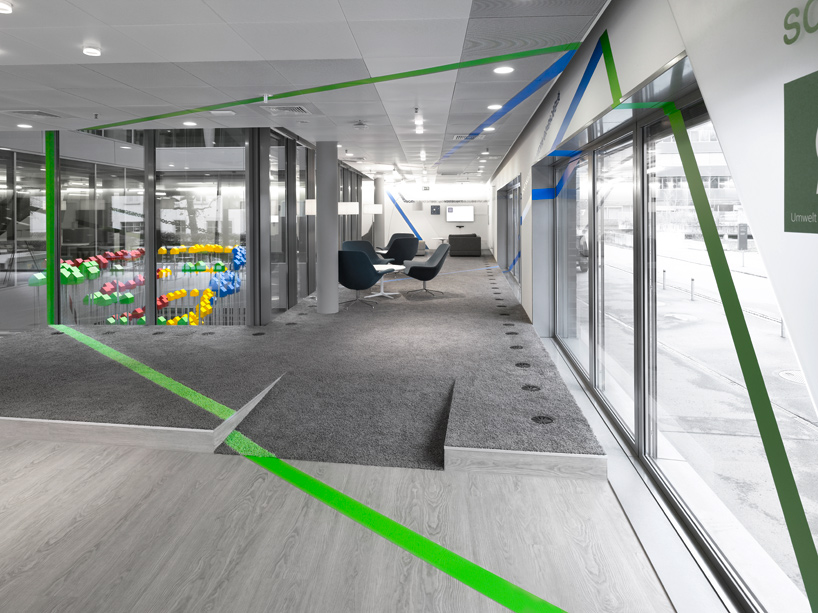 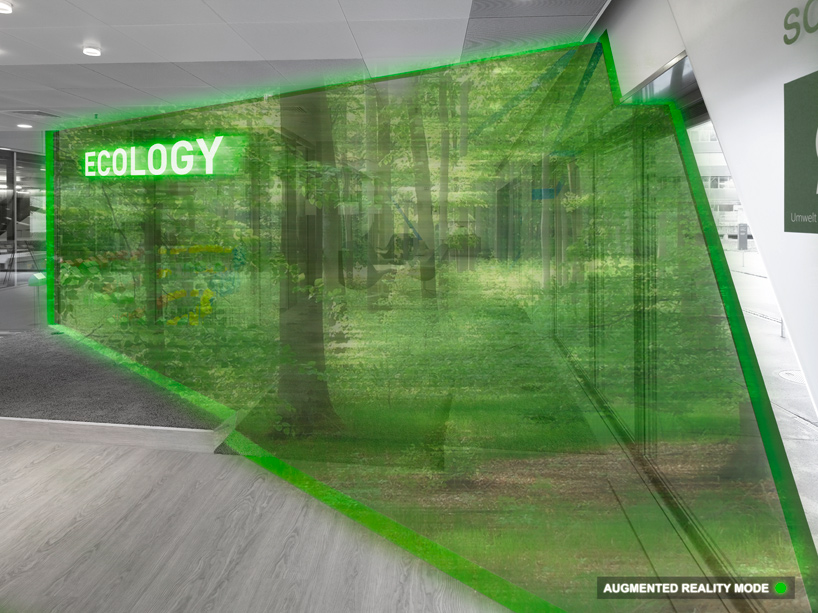 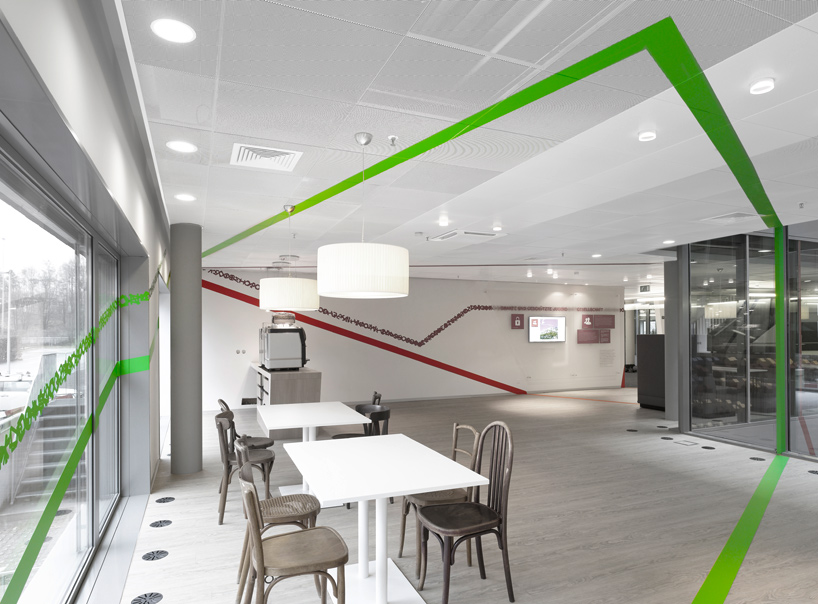 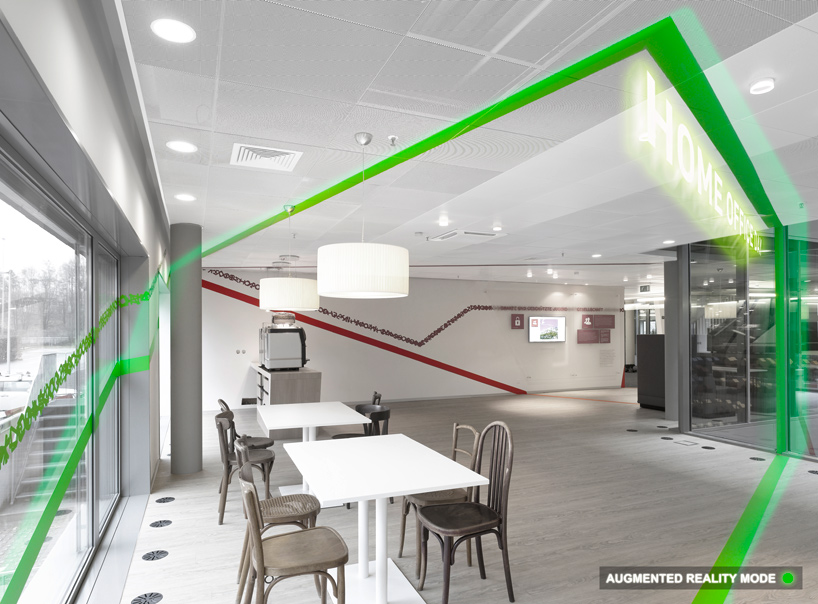 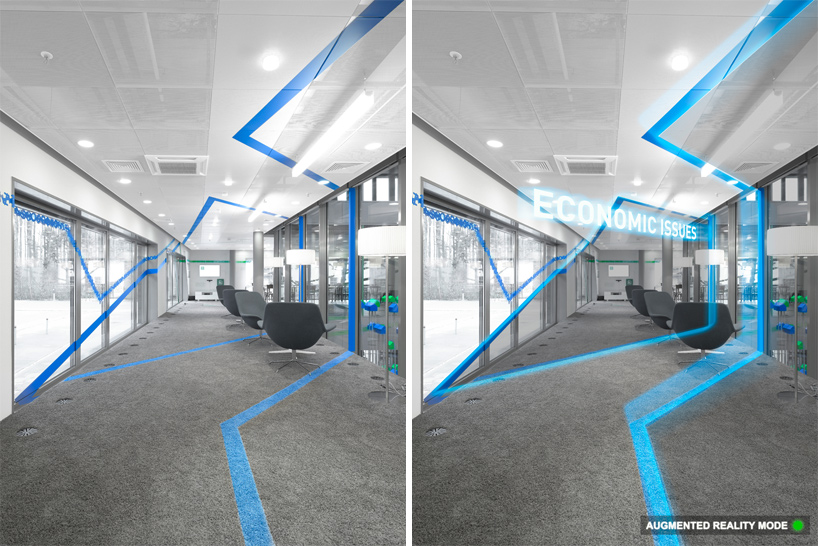 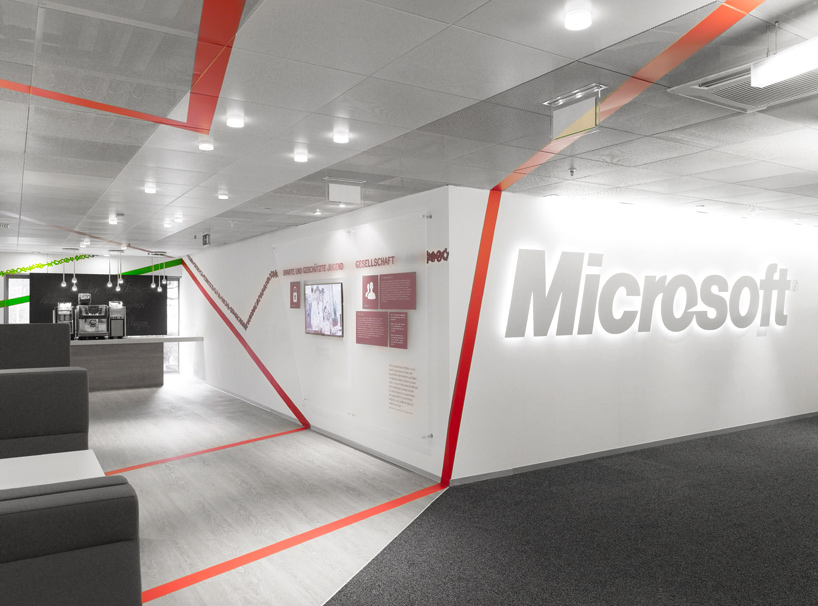 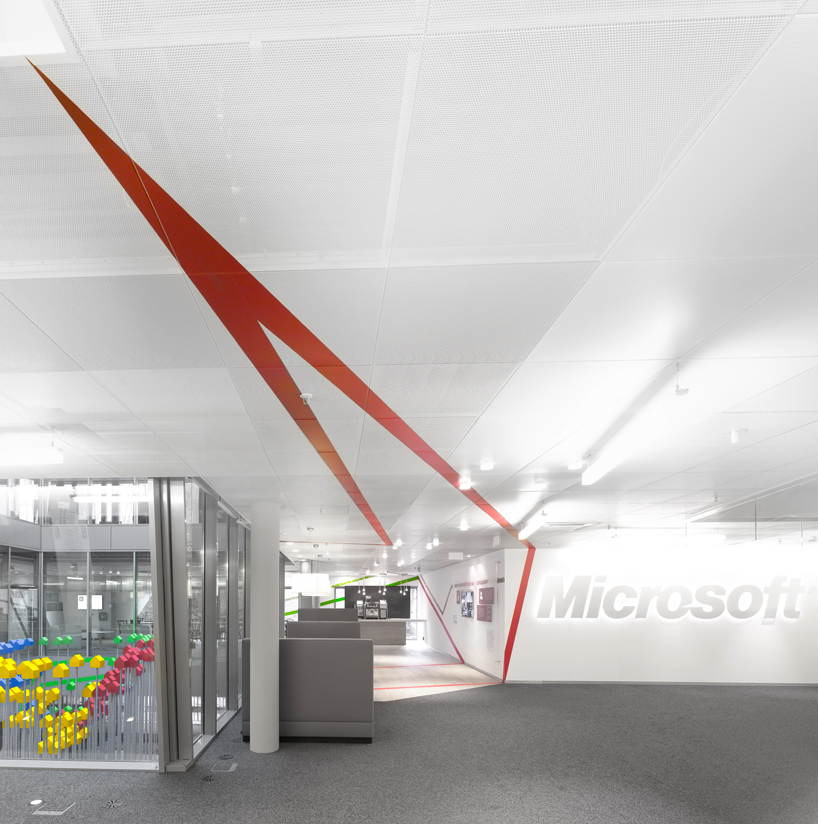 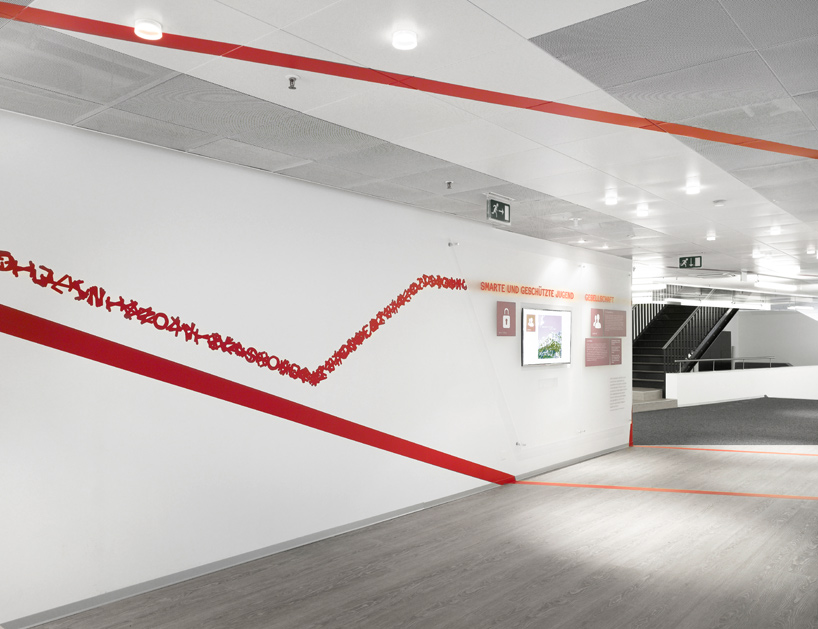 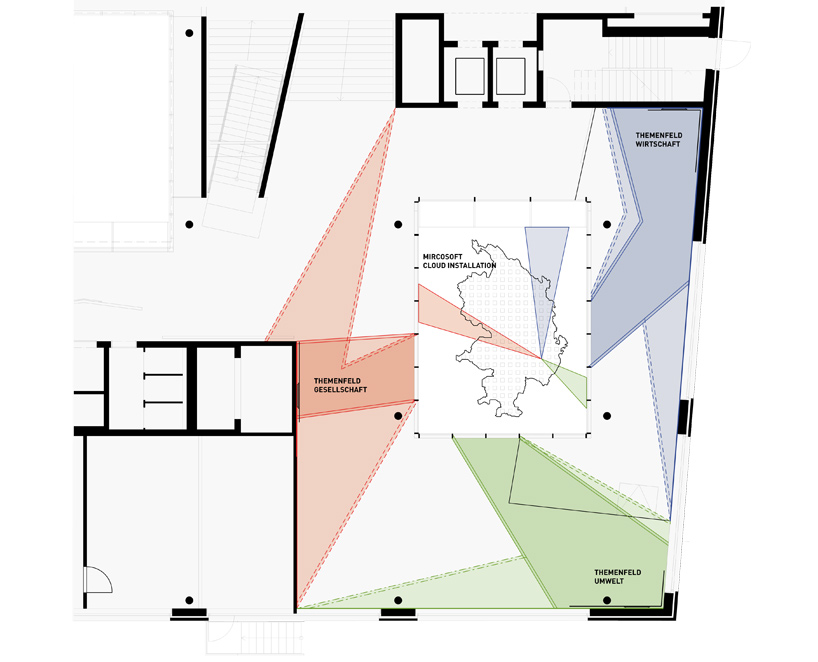 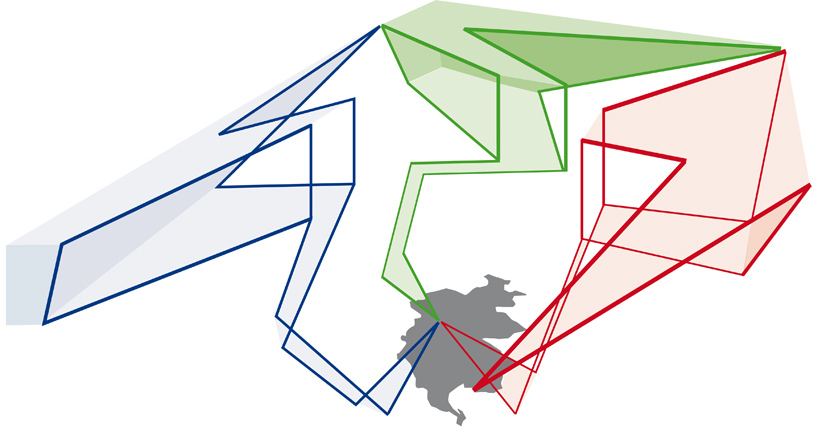 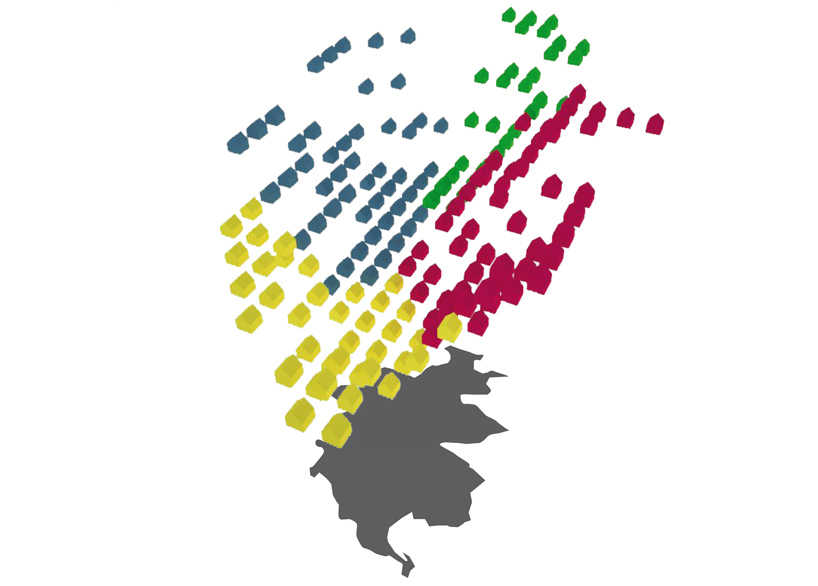 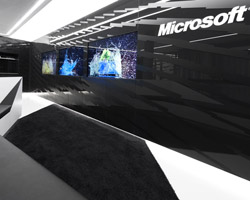