architecture studio COBE has been chosen to design a masterplan for copenhagen’s christiansholm island, fending off competition from OMA and MVRDV in the process. developed alongside inside outside, via trafik, and transsolar, the winning proposal builds on existing urban life by replacing the site’s warehouses with a series of new halls. these buildings contain event spaces, galleries, and a swimming pool, as well as residential and commercial properties above. the entire scheme will be flanked by a public promenade. 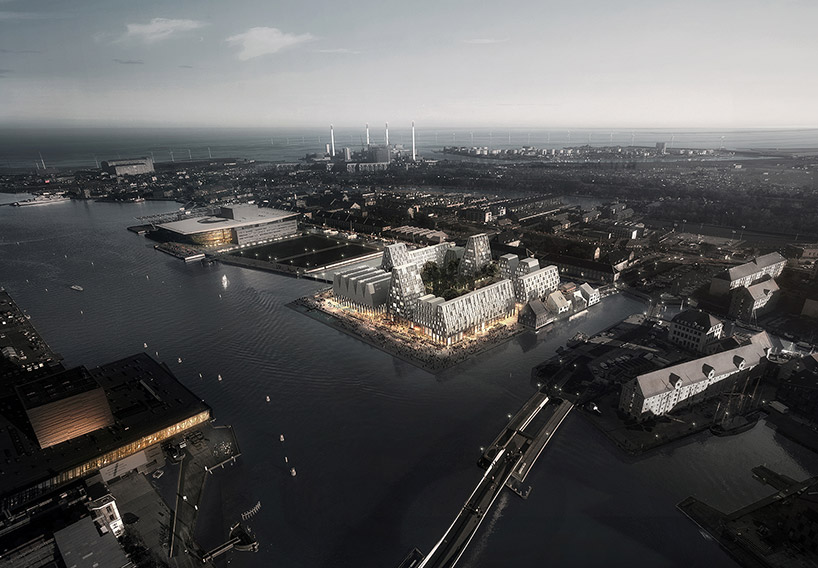 located at the heart of the city, the 29,000 square meter artificial island has a prominent position adjacent to both the opera house and the royal danish playhouse. despite this prime location, christiansholm is the last undeveloped quay along copenhagen’s inner waterfront. the site is known locally as ‘paper island’, owing to its previous role as a newsprint storage facility. since the procurement association of the danish press vacated the area, the island has been inhabited by the creative industry and hosts public functions such as the science center experimentarium city and copenhagen street food. 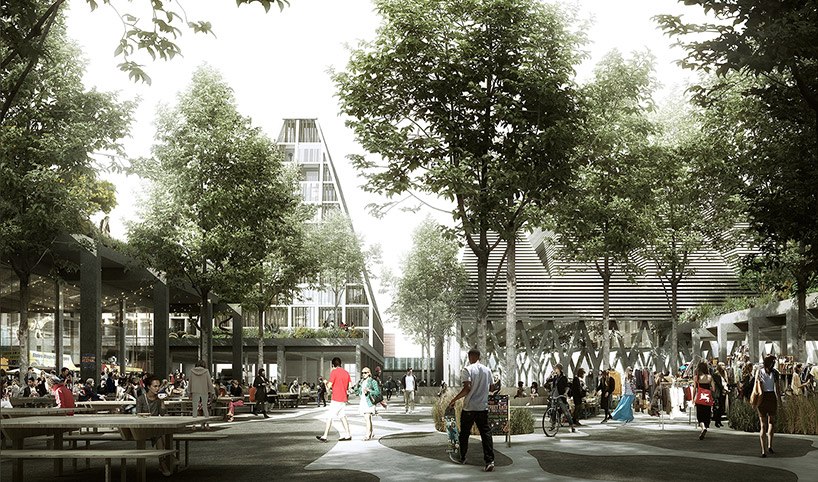 ‘our vision for the island’s future is to create a place that celebrates the city’s culture and the copenhagen way of life,’ says dan stubbergaard, owner and creative director of COBE. ‘it was important for us that in future christiansholm will be a first class example of copenhagen’s generous urban living that can attract tourists and visitors, and at the same time has a strong local presence.’

CPH city & port development invited seven teams to compete for the masterplan, including groups led by OMA, MVRDV, henning larsen architects, C.F møller, adept, and holscher nordberg + polyform. COBE will now develop the winning proposal in collaboration with the client, the city of copenhagen and CØ p/s who are responsible for the future development of christiansholm. 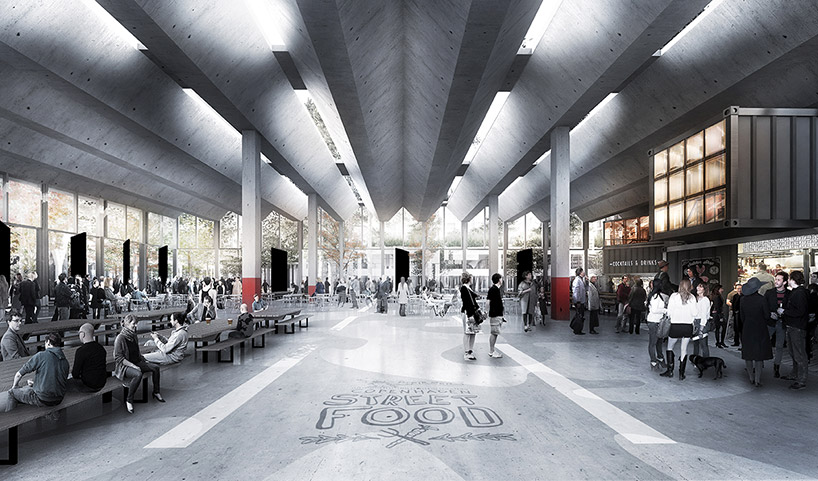 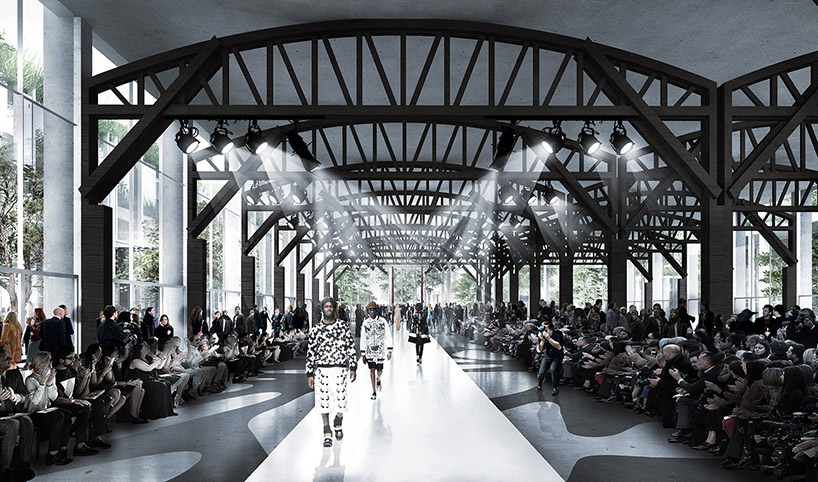 a swimming pool forms part of the development
image © COBE 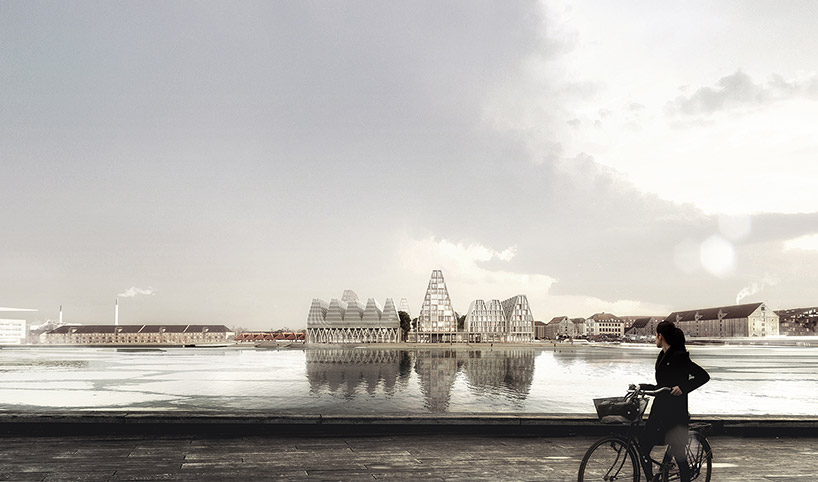 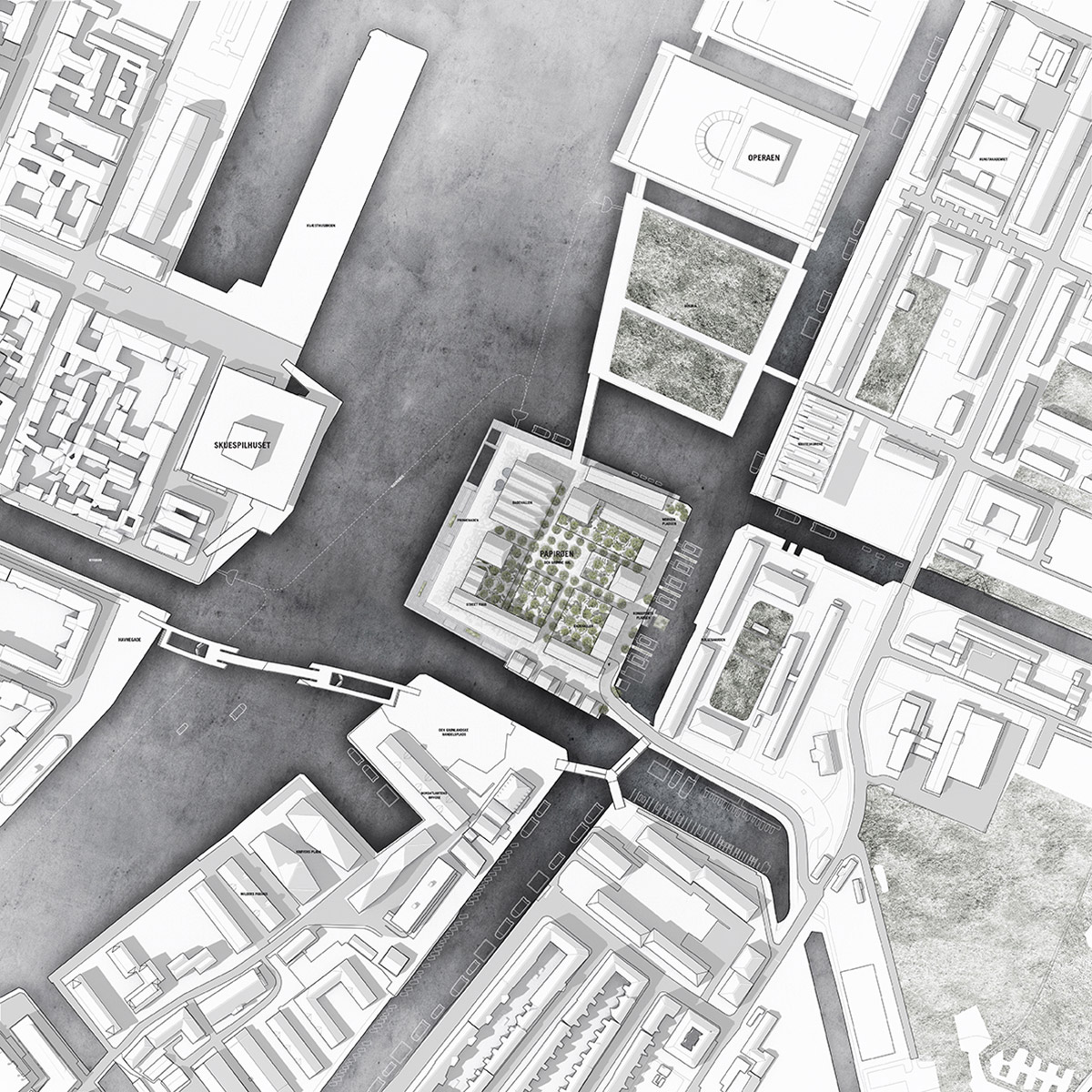 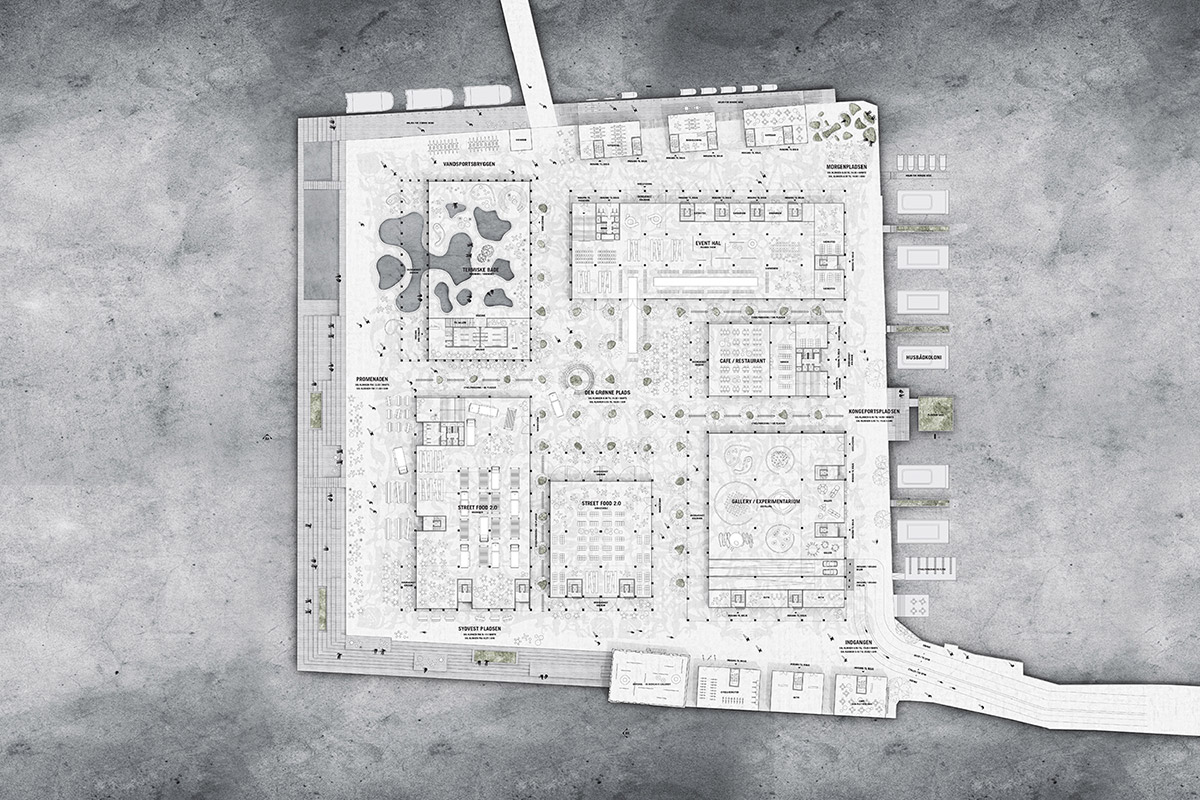 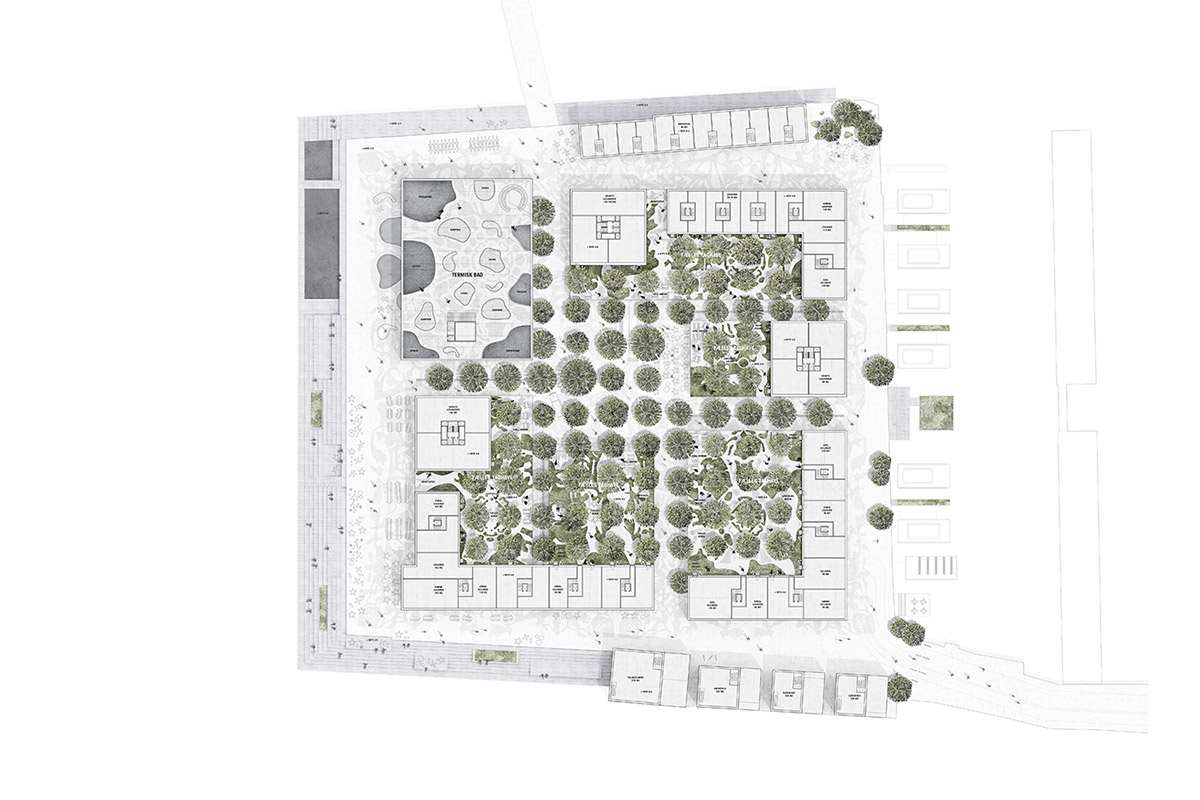 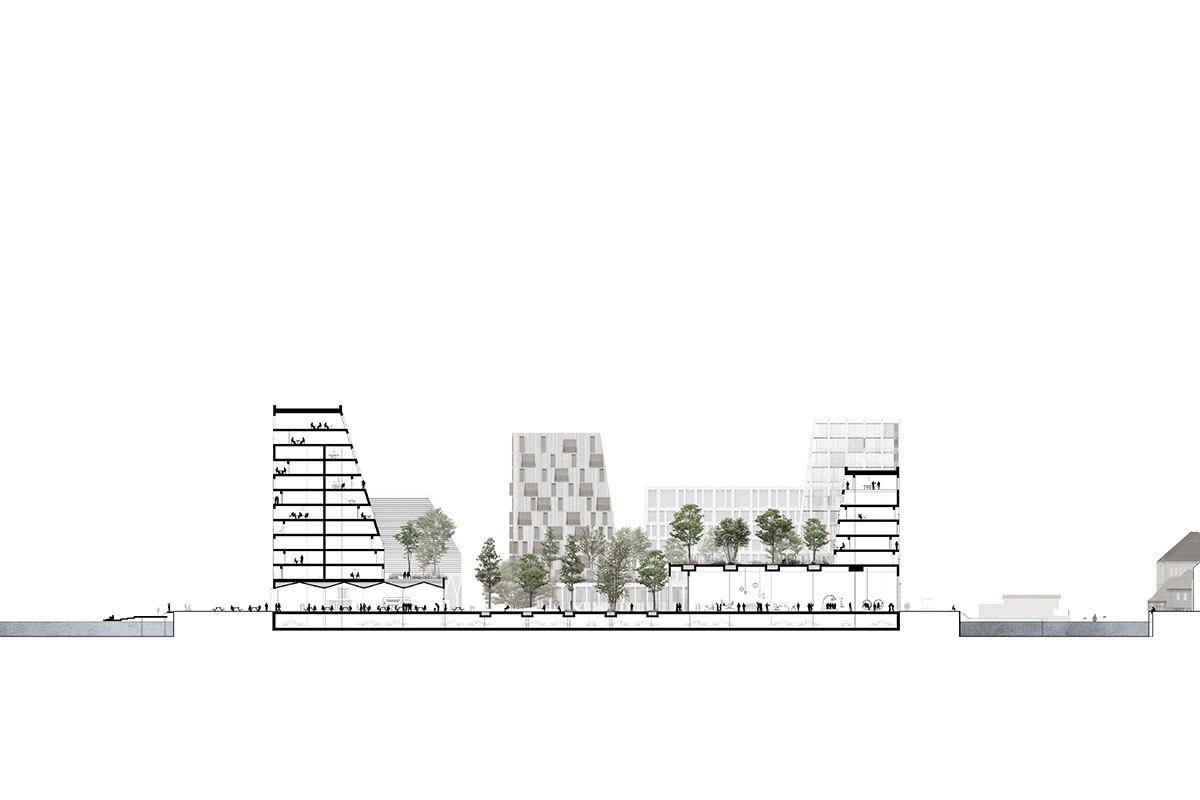