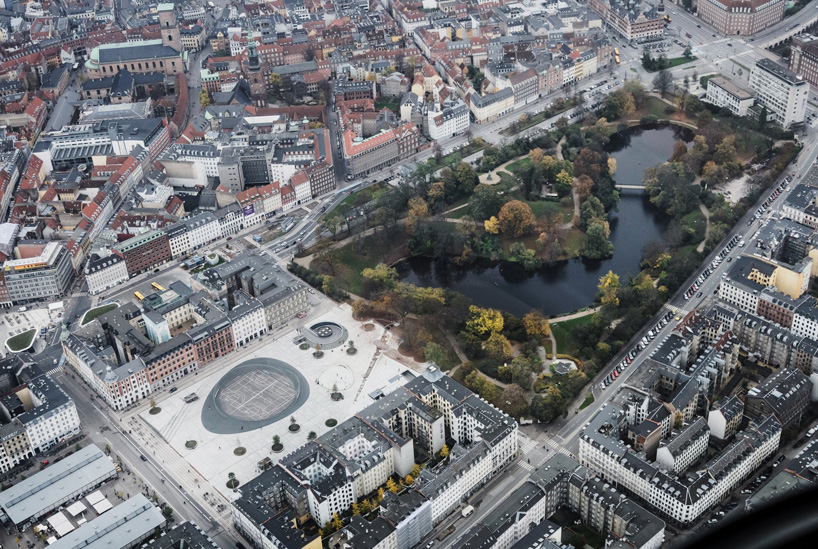 six years after winning a competition to develop a major public plaza in copenhagen, danish architecture studio COBE has completed the renewal of the city’s ‘israel’s square’. the reprogrammed design comprises a folded surface that exists between the city core and the neighboring ørsted park. the gardens merge into the square as a series of cut-outs, with folds placed towards the east and west to establish elevated sitting areas. a range of different features and facilities – such as bench formations and sunken playgrounds – are also created, providing a series of meeting places at the heart of the city center. 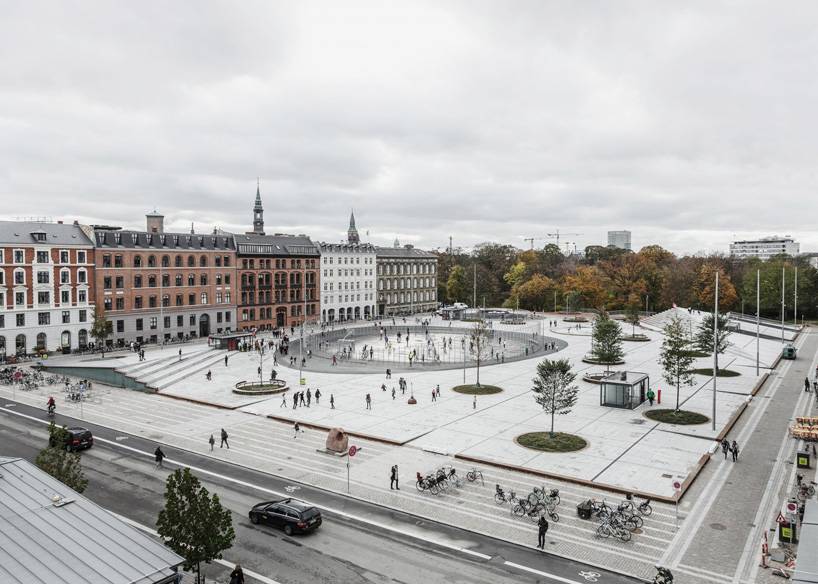 all images by rasmus hjortshøj – COAST / courtesy of COBE 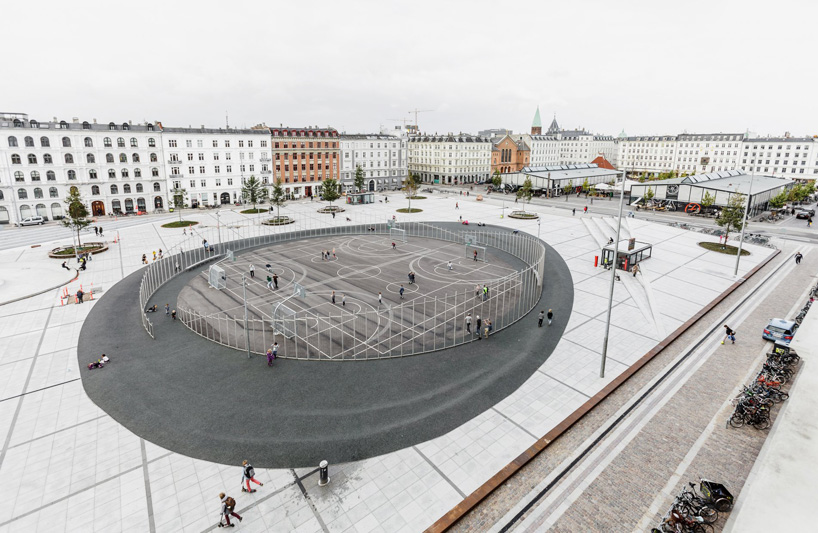 sporting facilities are contained at the center of the design 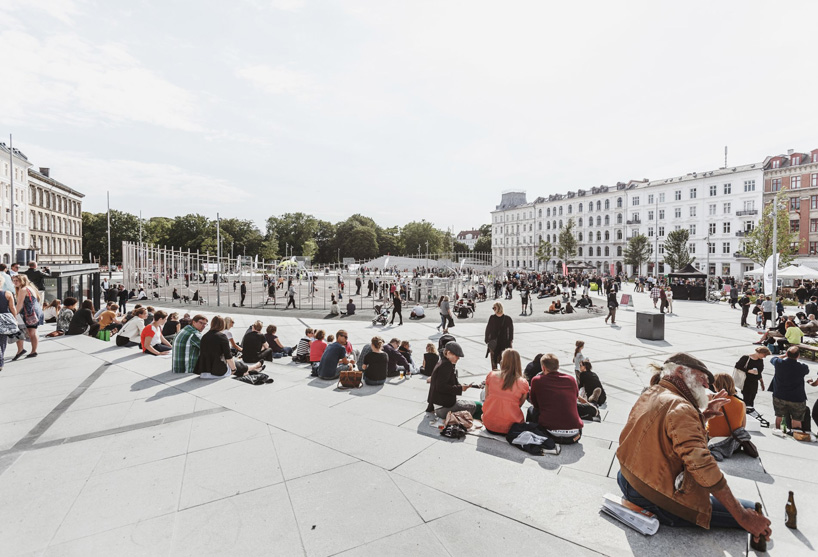 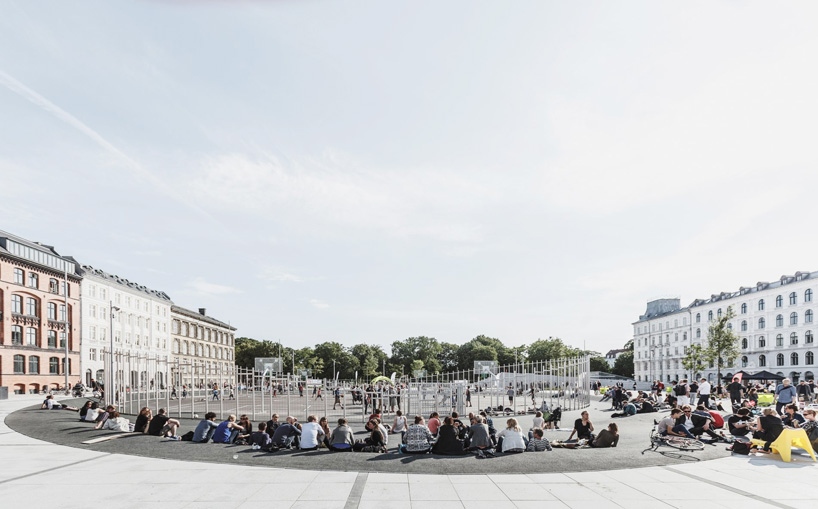 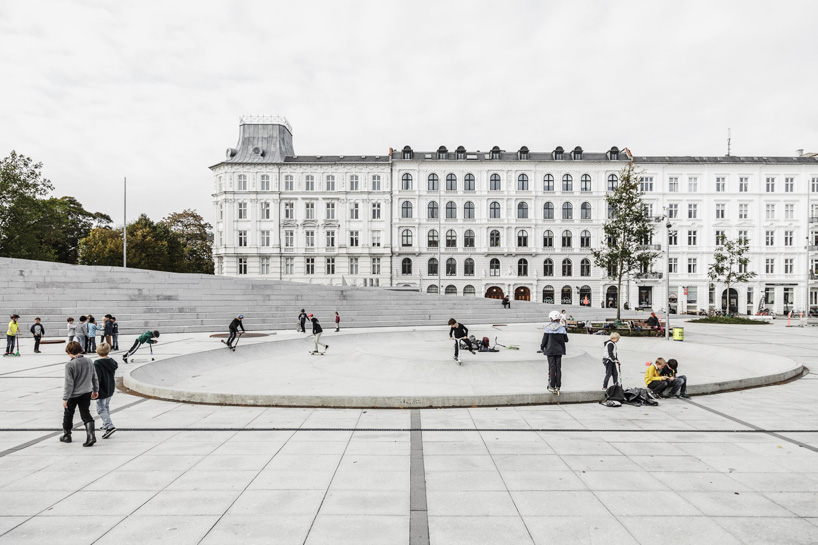 a mini-skate park for younger children 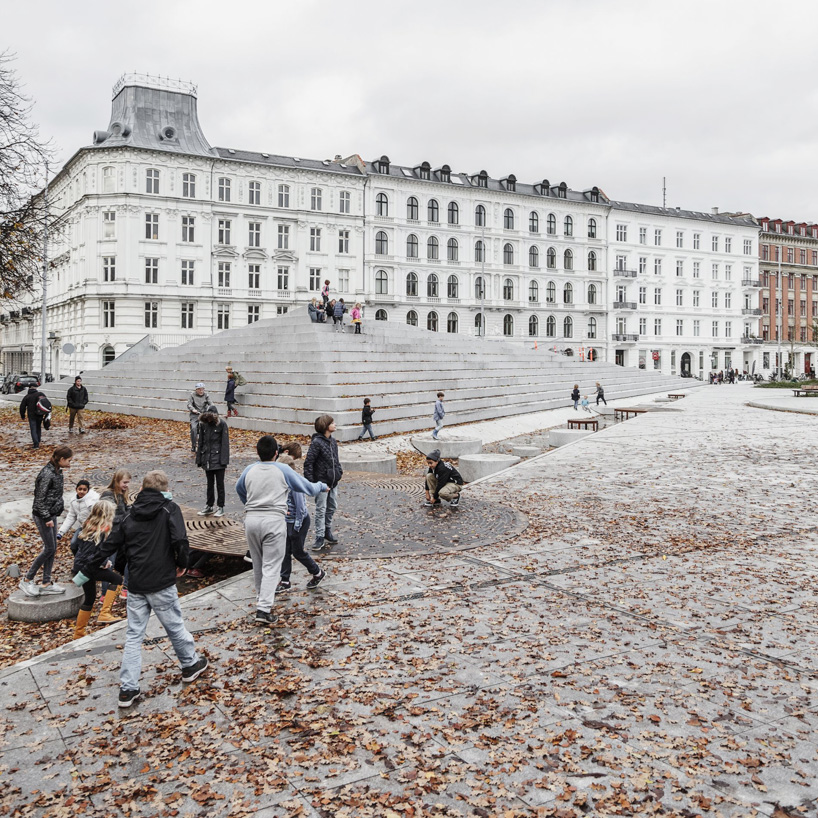 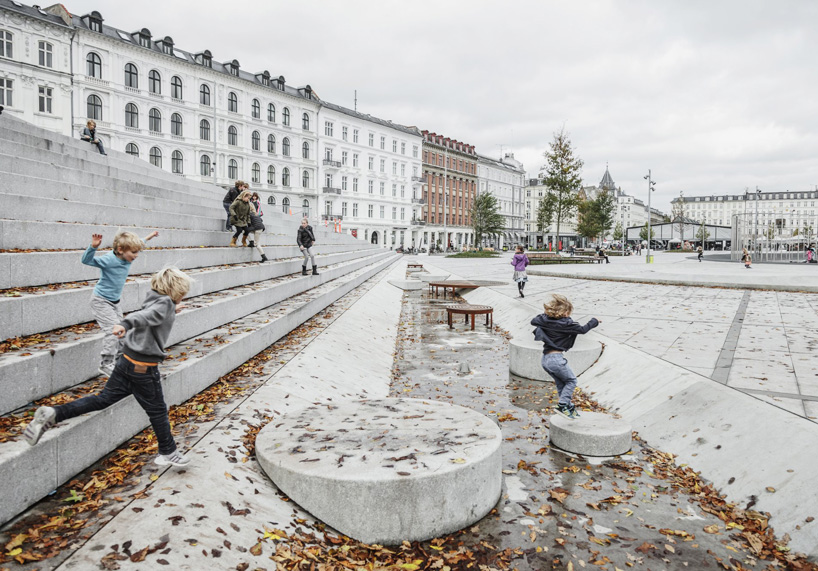 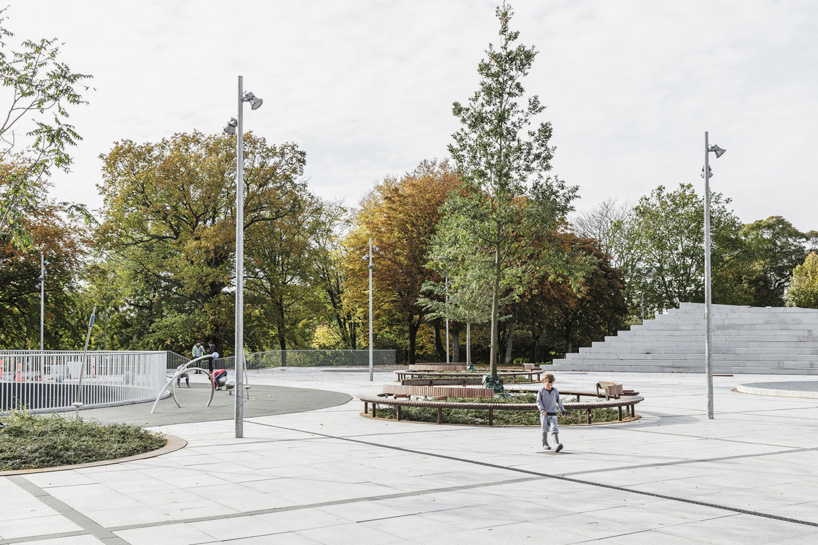 areas of greenery are incorporated as part of the plan 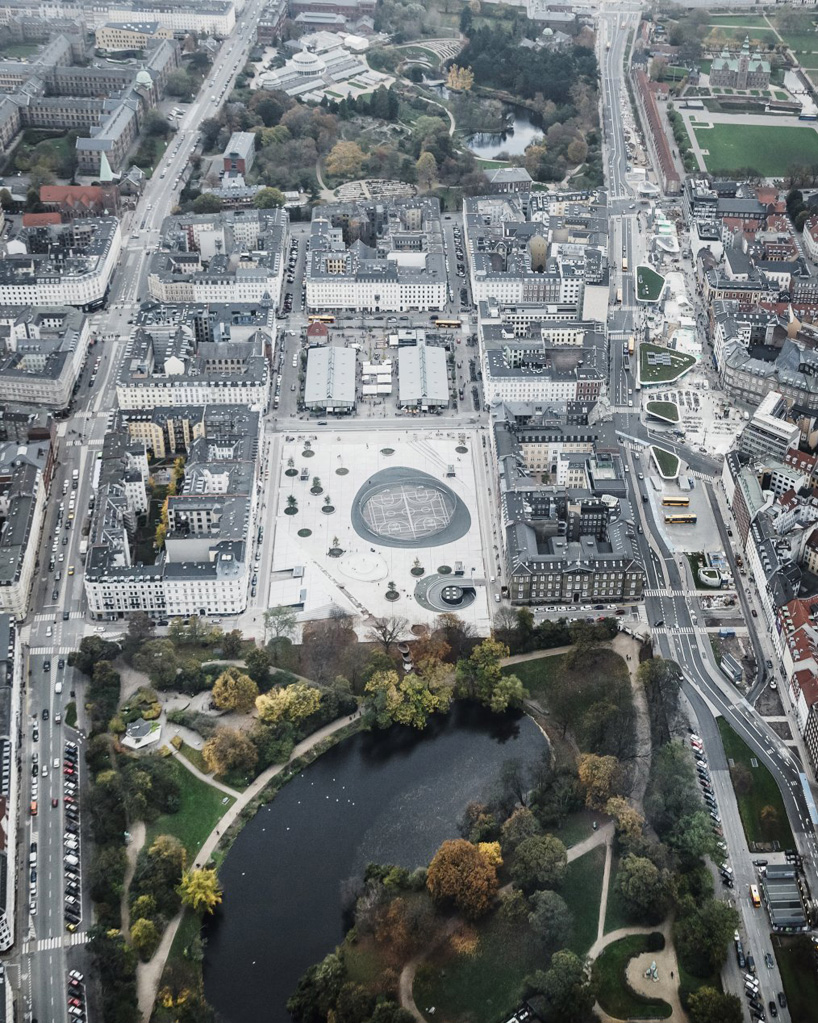