a clear brand identity, spacial planning and dynamic employee interaction were the approaches for the interior design of the new italian workspace / headquarters of coca-cola hbc. located in sesto san giovanni in milan, the seven-storey building includes coca-cola company offices, client / training areas and is the biggest bottling plant for their products in italy. 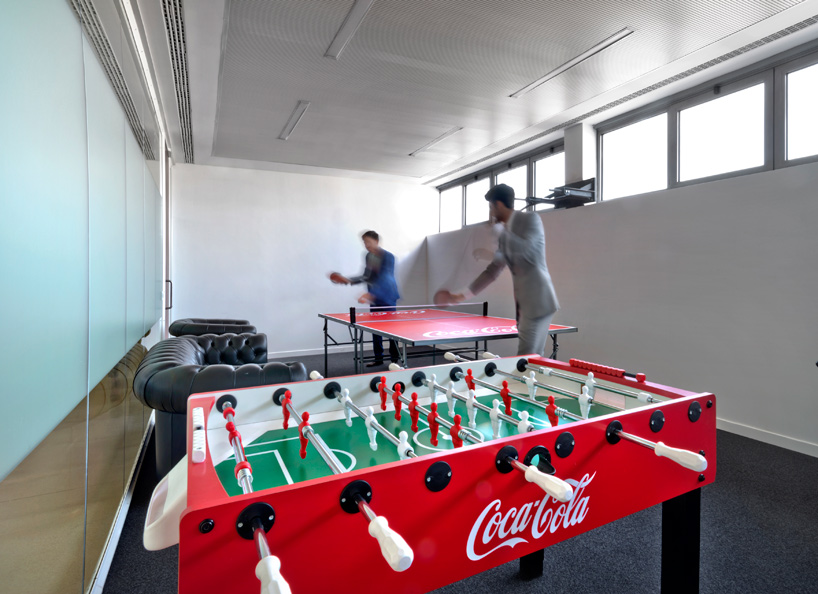 designed by lombardini22, FUD and DEGW, the scheme follows an open-plan design where the offices offer a simple, linear layout along the perimeter of the building and further divided into zones for independent, group and private work. the identity of coca-cola has been established with the iconic bottle design translated into a graphic backdrop distinctively depending on the environment. 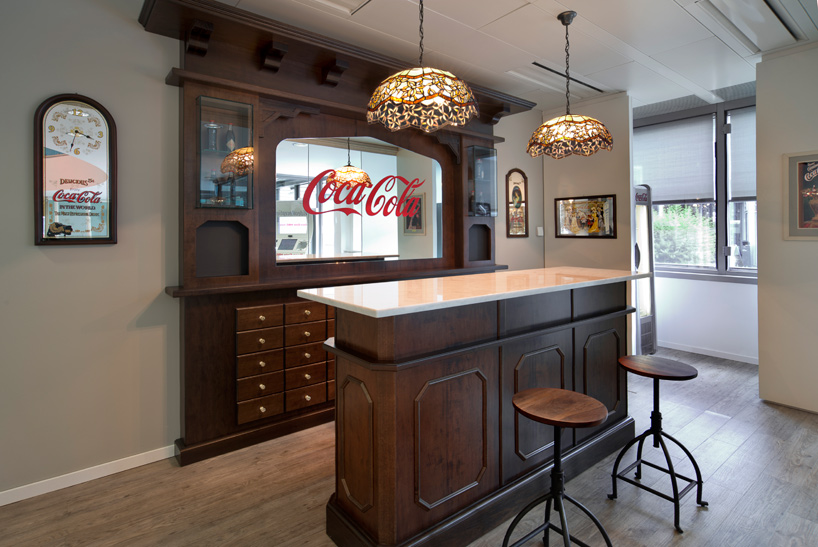 facilities include ‘the lobby’ and ‘jacob’s pharmacy’. the exhibition layout starts from the ground-floor entrance lobby, where a setting referencing the jacobs pharmacy in atlanta (the drink invented by the pharmacist, john s. pemberton, went on sale for the first time in 1886) welcomes customers and visitors. this interior character is reiterated across all the different levels up to the seventh and top floor, where a large red circle on the floor (a full stop, bringing the story to a close) highlights the circular space of the new employee cafeteria. 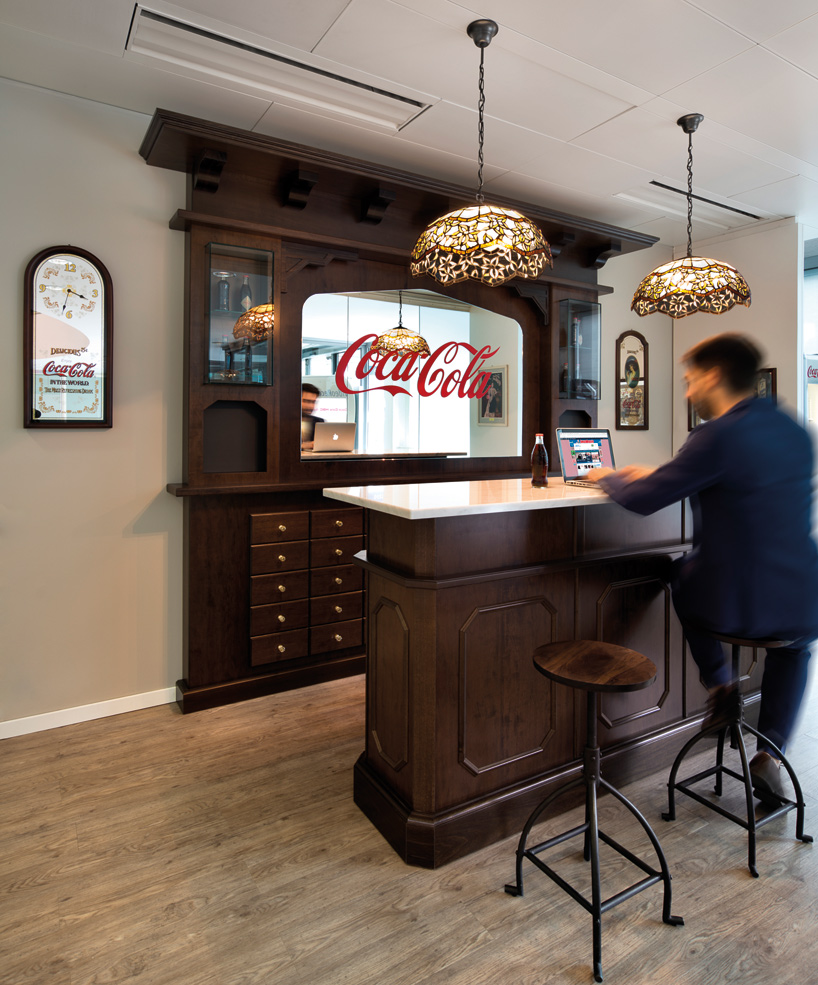 a setting inspired by jacobs pharmacy in atlanta ( where coca cola invented by the pharmacist, john s. pemberton)

furthermore, an auditorium that was previously used as a boardroom for executive management purposes has been adapted to a floor devoted to employees, complete with a games room, sick bay, changing rooms with showers and, a carefully planned canteen, where the flow has been studied (dividing the aisles, speeding up queues, trolleys and vending machines for drinks that have been separated and hidden away) in terms of their functions and features. this allows the space to be converted into a coffee bar that can be used for various different purposes throughout the day. 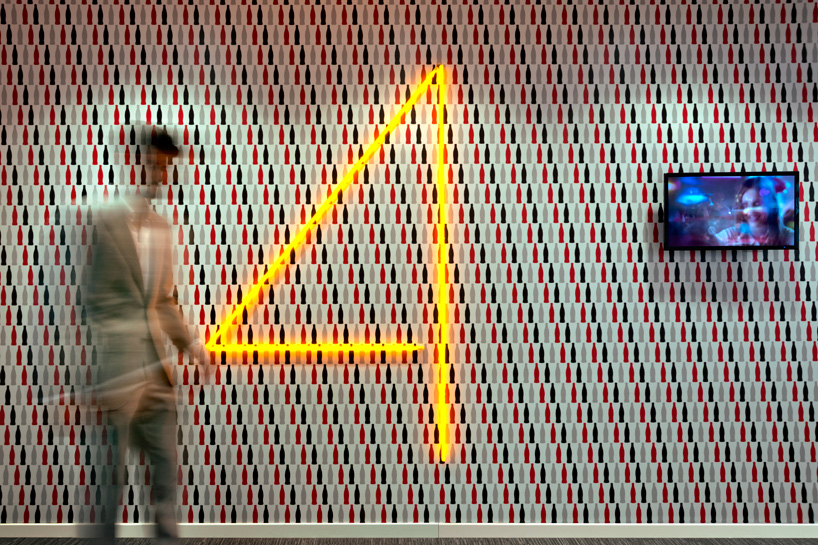 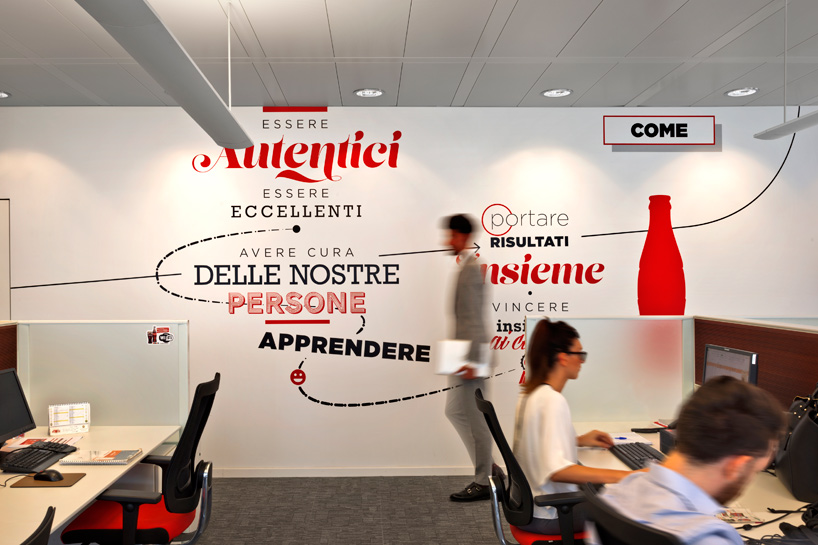 the offices occupy the fourth, fifth and sixth floors 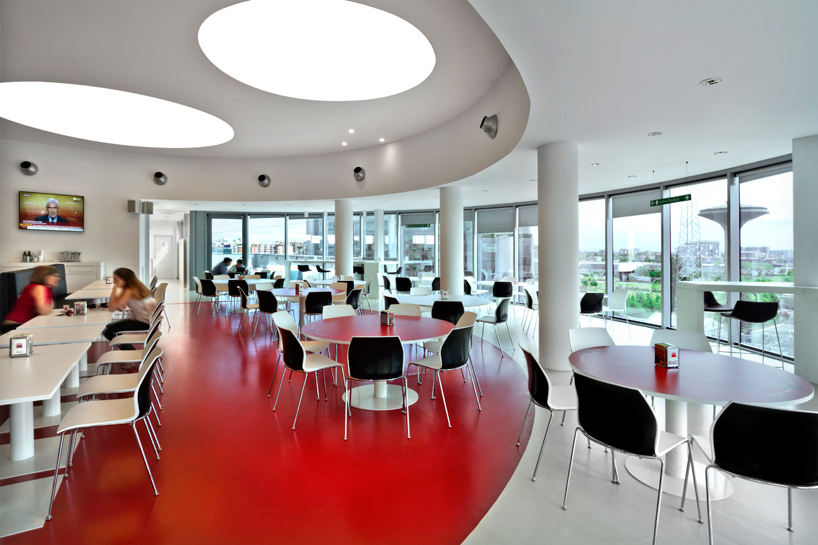 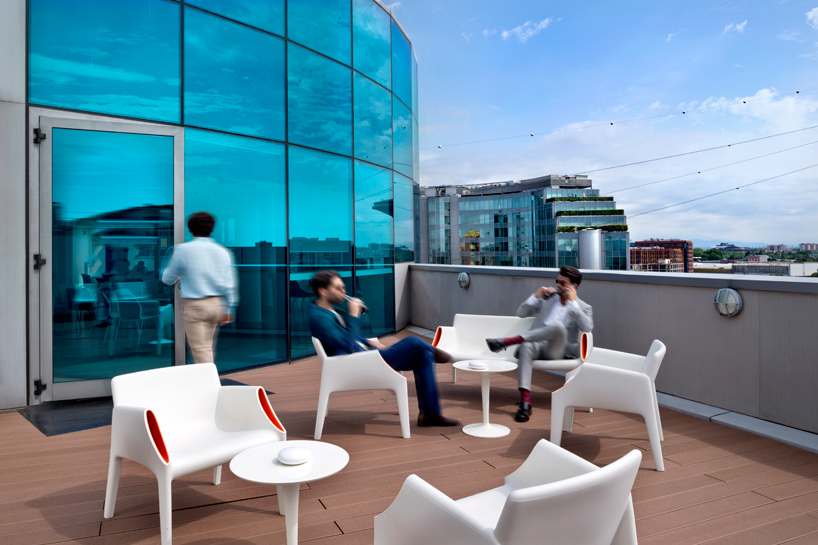 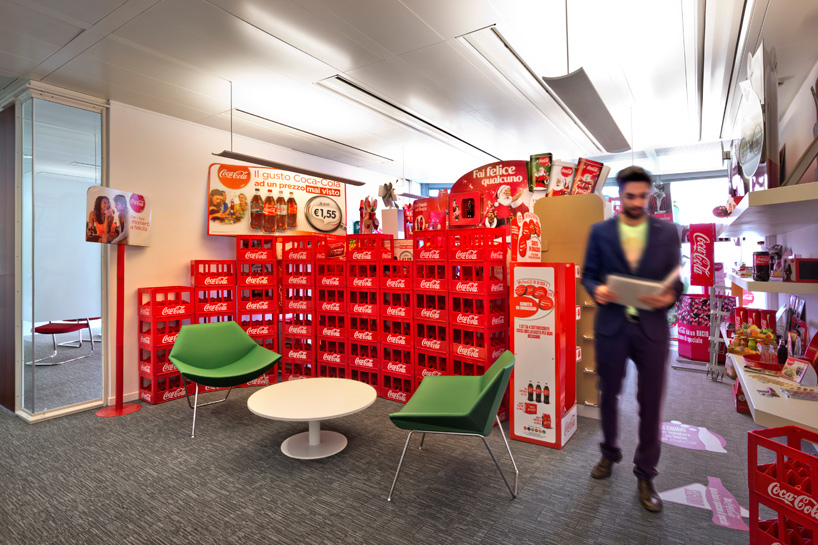 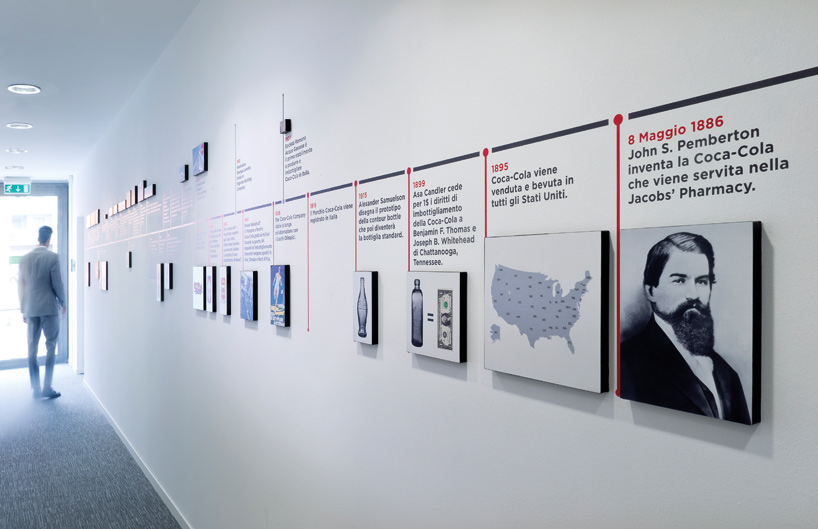 a timeline of the drink is printed onto the wall 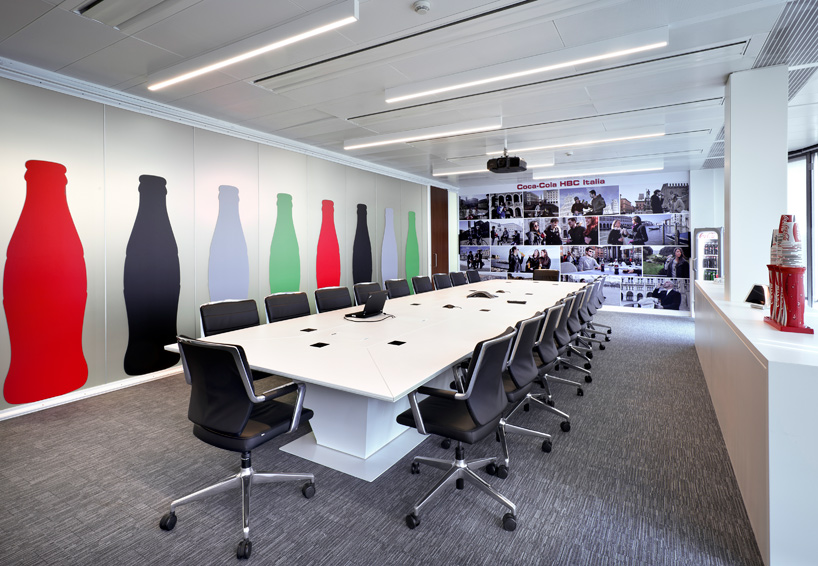 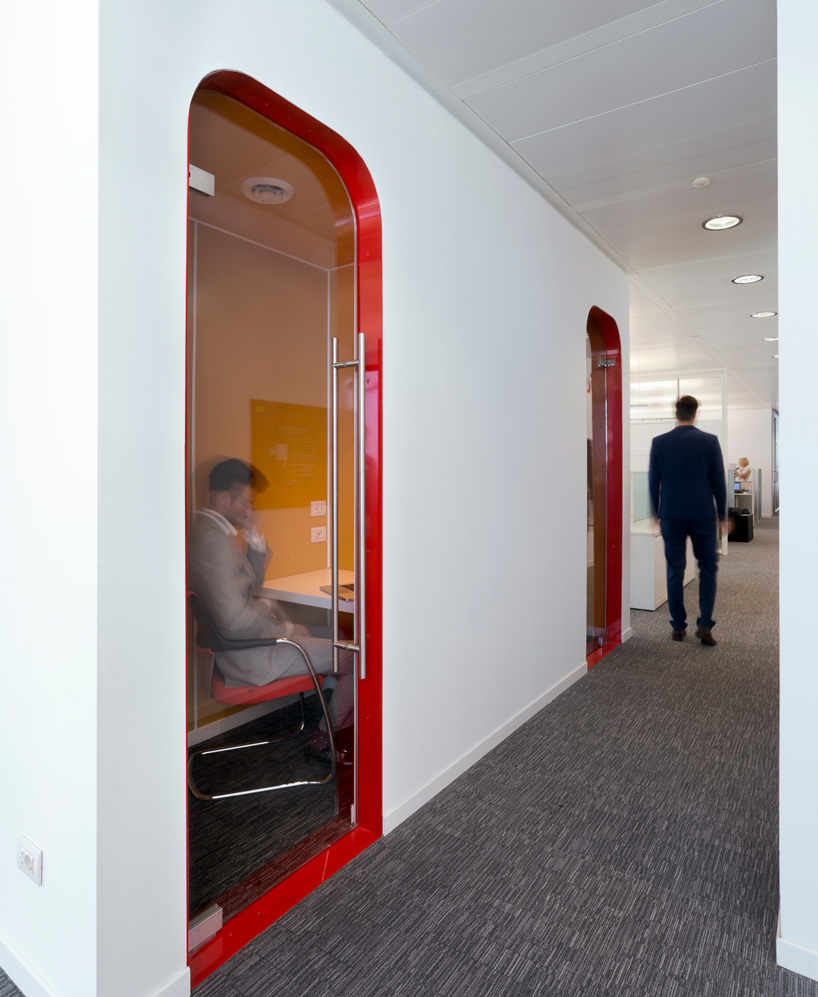 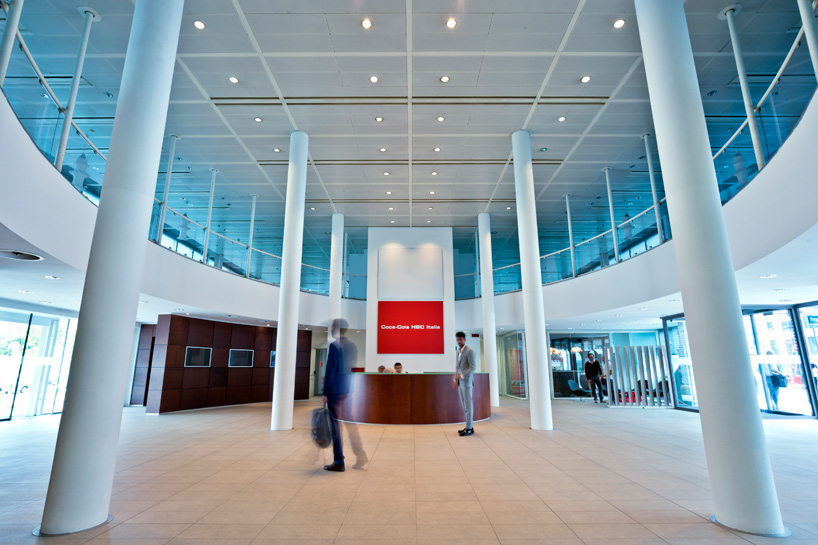 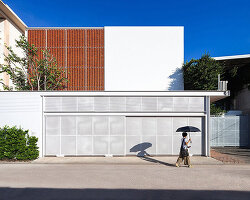 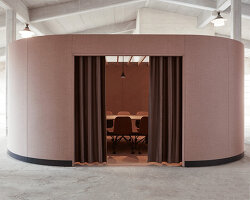 May 06, 2021
frank gehry's philadelphia museum of art renovation is 'a reconstruction to the values of the original architect'
'the building is such an icon of philadelphia, it would be outrageous to think of trying to remodel the exterior of it,' explained gehry during the project's virtual press preview, attended by designboom.
architecture
946 shares
connections: +2870