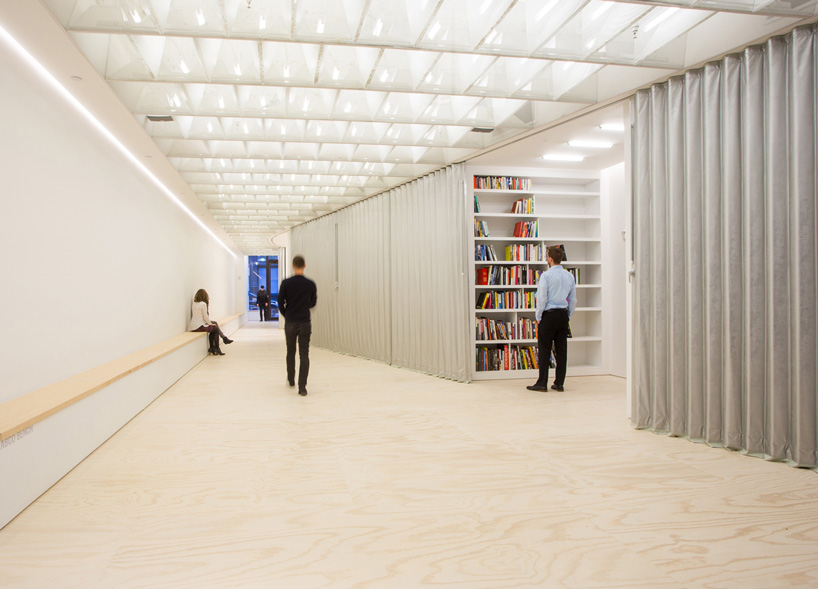 the van alen institute, an organization aimed at promoting design, architecture, and urbanism, opens the doors to its new ground floor multi-purpose space on december 9, in new york city. with close access to the street level, the facility will host a variety of events, exhibitions, while also serving as the nonprofit’s primary workspace. due to the wide range of programs it accommodates, the space is arranged with a number of different screen elements that allow for easy adaptability and thus increased functional flexibility. the design comes from the the architectural partnership collective-LOK, based on their winning competition proposal in 2013. 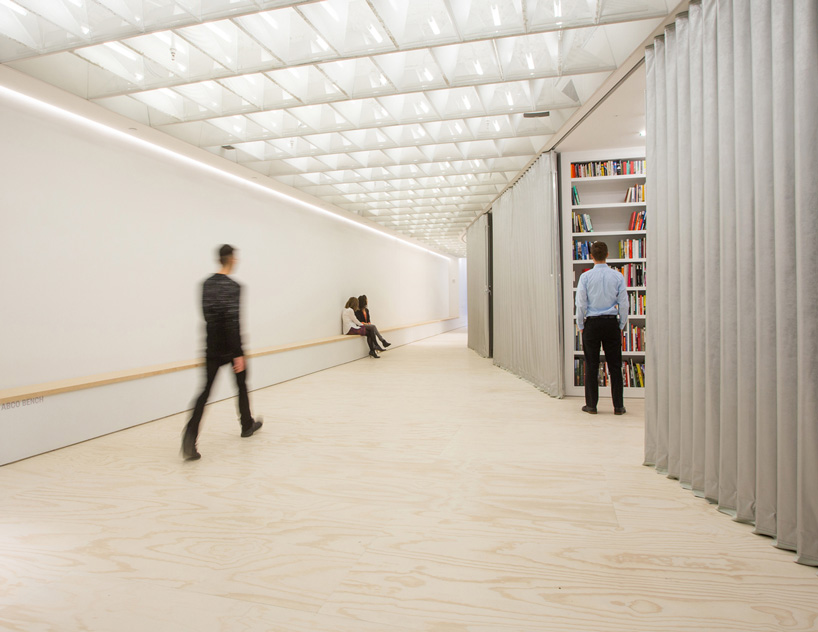 the design team collective-LOK, comprised of new york and boston-based architects jon lott (PARA-project), william o’brien jr. (WOJR), and michael kubo (over,under), titles the ground floor space ‘screen-play’, for its use of different elastic partition elements. among these veil layers is a modular and porous coffer-like ceiling that diffuses lighting and acoustics while concealing projectors and mechanical equipment. additionally, a wall of accordion walls along with sliding translucent panels divide the open-program area from the private and semi-private spaces. 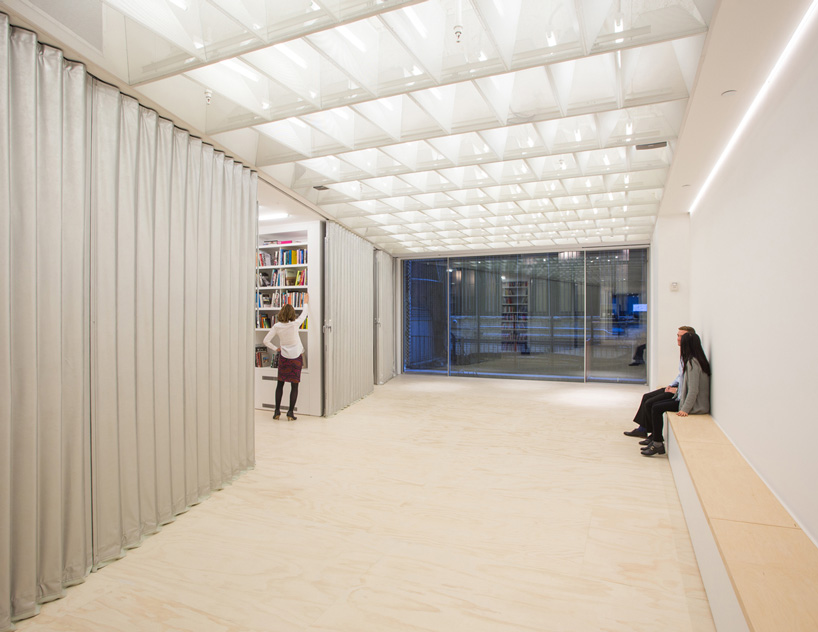 in light of its opening, which commemorates van alen institute’s 120th anniversary, the ground floor space will be holding a variety of programs kicking off the initiative, ‘elsewhere: escape and the urban landscape.’ comprised of discussions on, ‘urban migrations, tech-secessionism, and new modes for navigating cities,’ the events are described as, ‘explor[ing] the city as both a destination and a departure point.’ 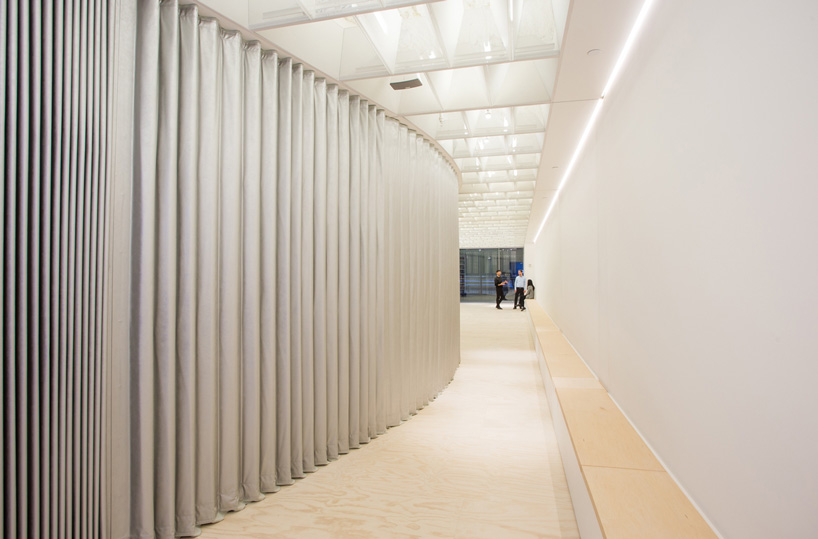 the west wall is left blank for flexible display space, while lined with a continual bench beneath
image © cameron blaylock

in regards to van alen institute’s increased potential resulting from the new ground floor space,  executive director david van der leer states, ‘at van alen institute we work on a daily basis to improve the design of cities, landscapes, and regions. moving our full operation to this flexible street-level space allows us to engage more directly with the city around us.’ 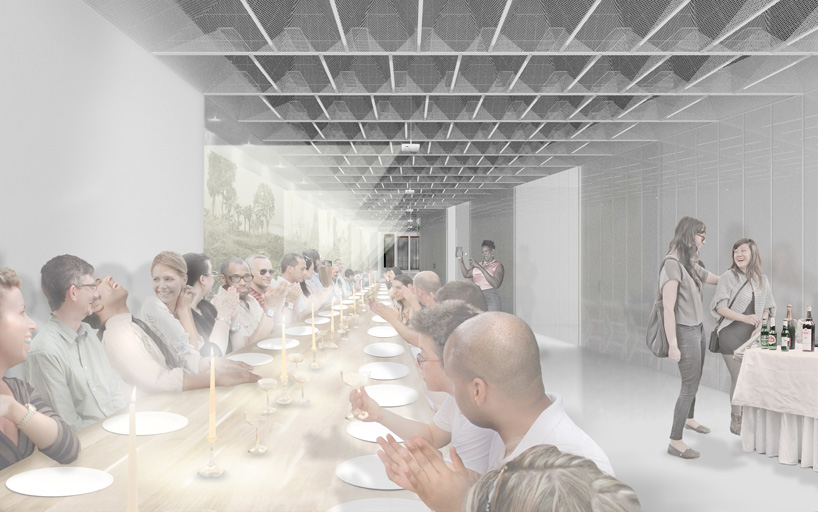 the space is imagined for accommodating large dinners
image © collective-LOK 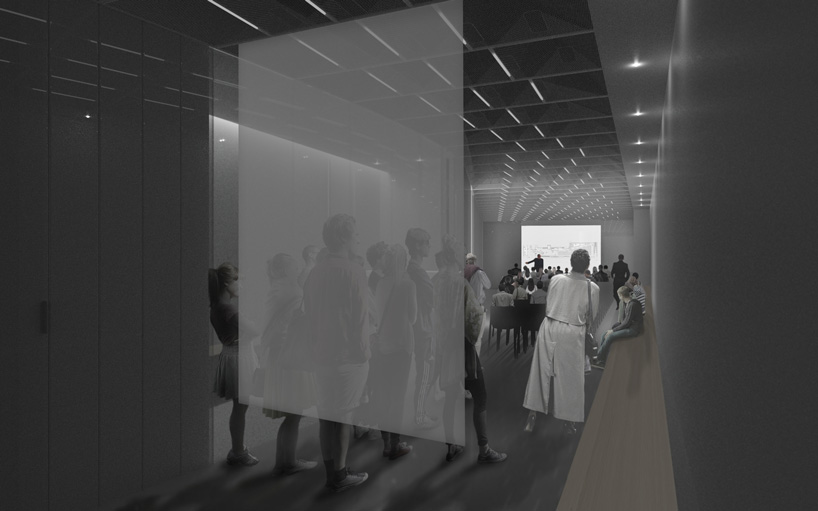 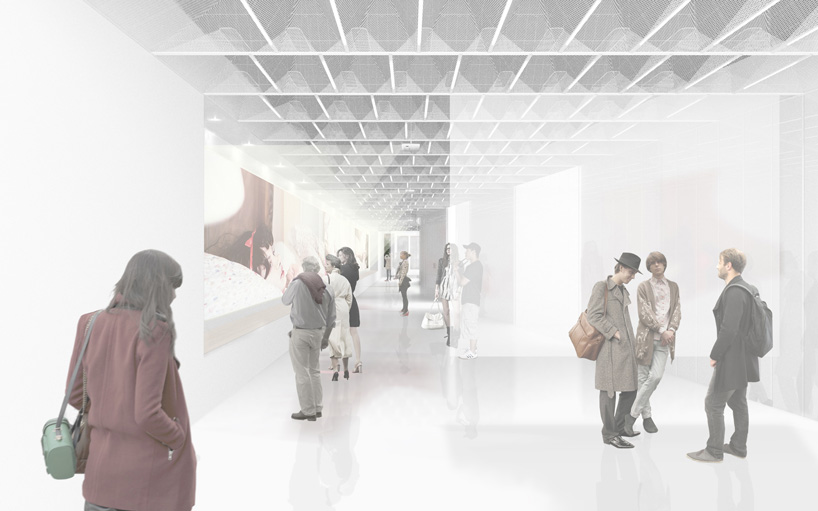 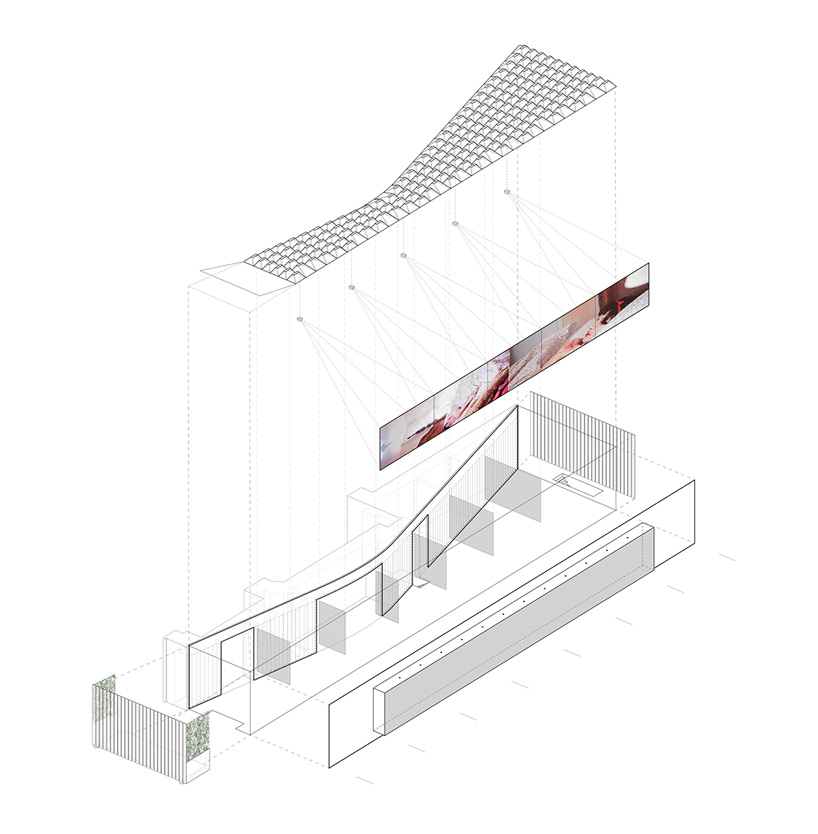 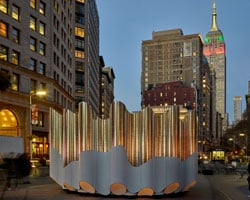 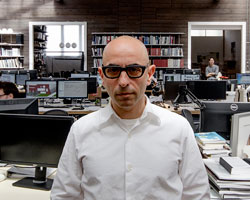