sited at the southwest extent of the barangaroo precinct of sydney, australia, the barangaroo house is the outcome of a design excellence competition and marks the southern entry point to one of the largest urban regeneration projects in sydney for a generation. the fundamental design strategy of collins and turner was the result of two crucial responses to the site and brief — the urban response of a building ‘in-the-round’, and the holistic integration of planting, both edible and ornamental. the competition brief had called for the design of a free-standing three story building to suit the future needs of a major restaurant and bar venue. the form — curved in plan — creates a free-flowing exterior urban layer around the building on the street level. with this decision, collins and turner encourages pedestrian movement while elongating the waterside balconies encircling the upper levels of the building. 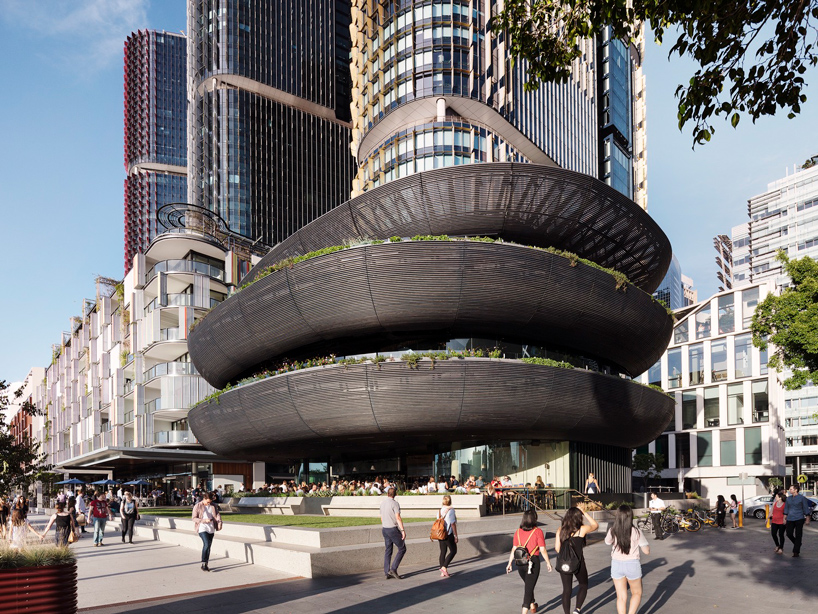 in the early investigations of the project’s design phase, collins and turner sought to propose a building with a strong visual identity which spoke to the nature of the program as well as the unique qualities of the site. frameless glazing opens to the north and west on ground level, extending the waterfront promenade into the ground level bar venue. on the upper levels, operable fine framed glazing transforms the entire level into a series of outdoor terraces. the terraces are enveloped by a raised planter box, integrated into the circumference of the curved plan, creating a continuous growing area for both ornamental as well as edible plants which are used in the restaurants food offering. 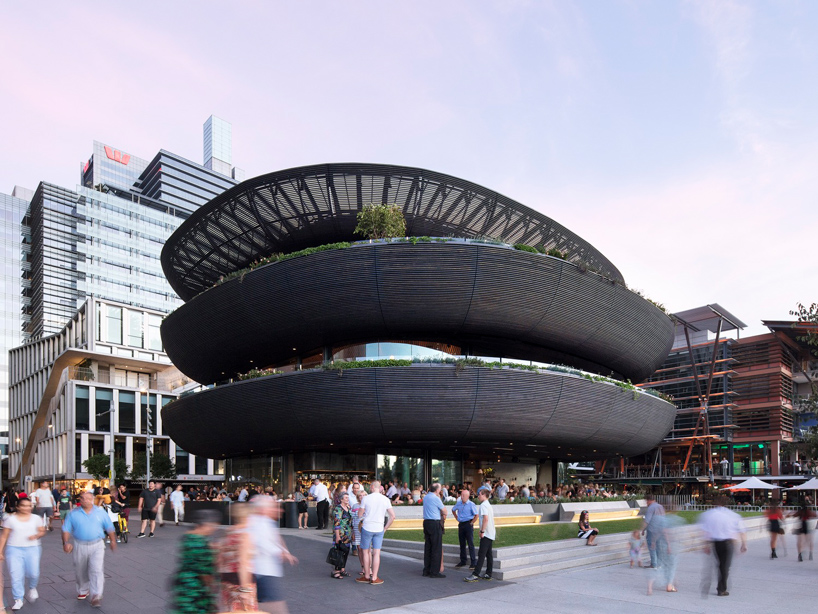 externally, the building is identified by its sculptural timber façade which curves in three dimensions. the unique façade system makes use of concentric timber dowels which are individually steam bent into shape. the dowels were further charred to create a rich dark tone with low maintenance needs. the finishing technique recalls the primeval act of burning wood — an essential part of the cooking process, referencing the restaurant program. the ambition of the project was the design of a welcoming, timeless, structure that over time will become a much loved icon of the city. 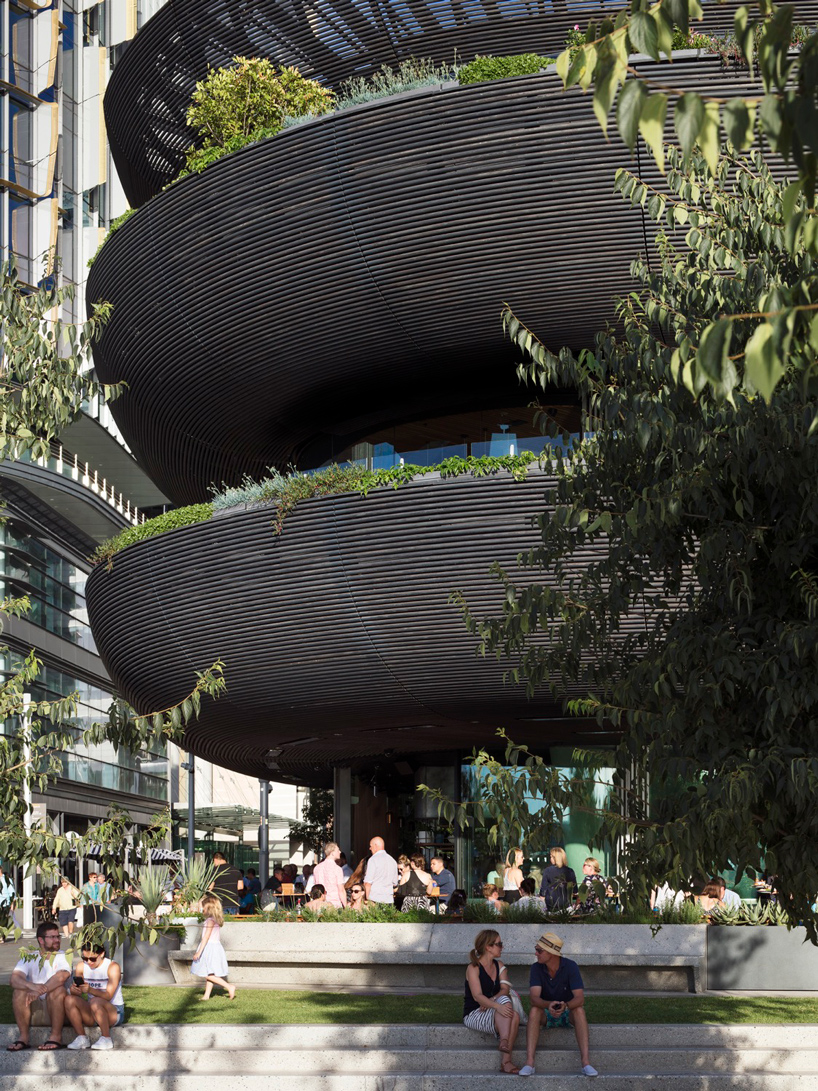 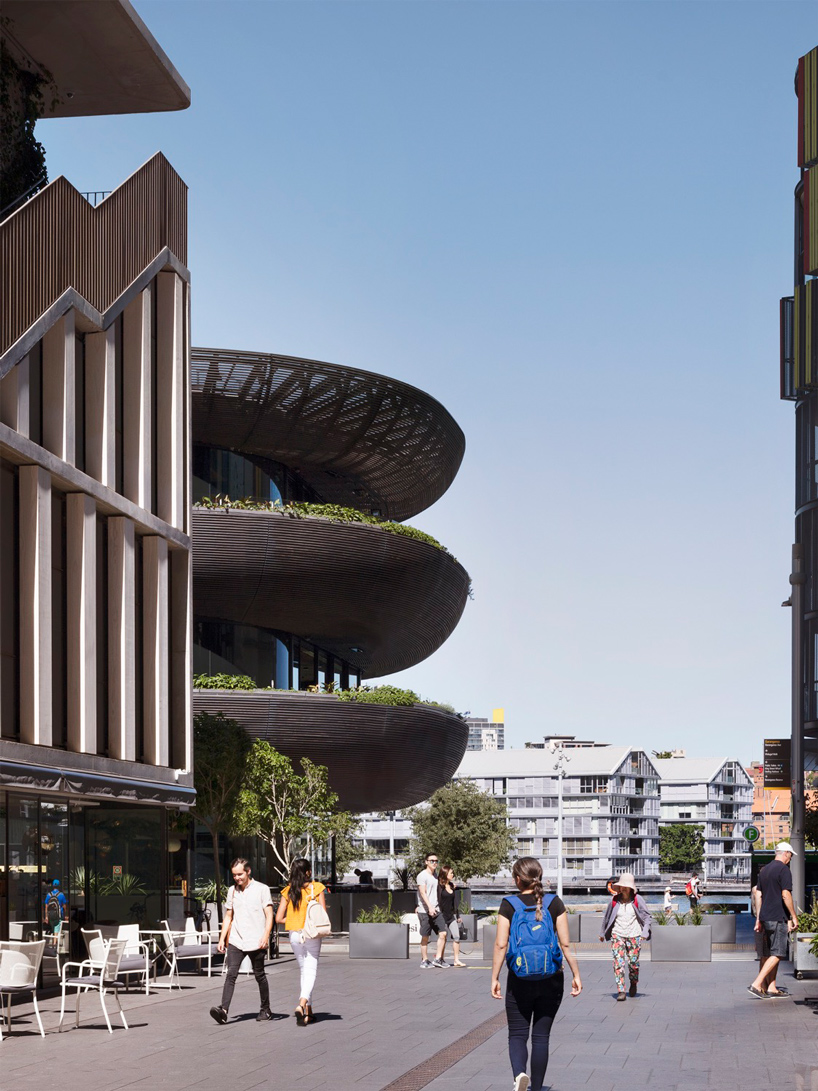 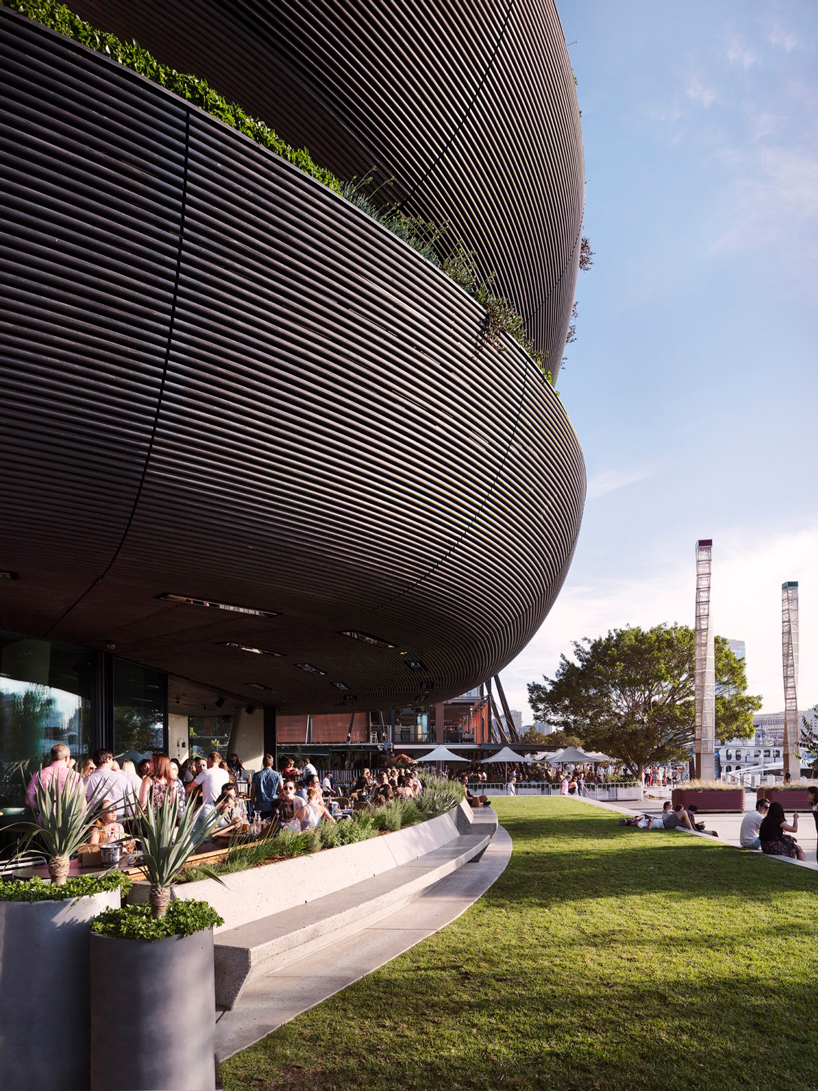 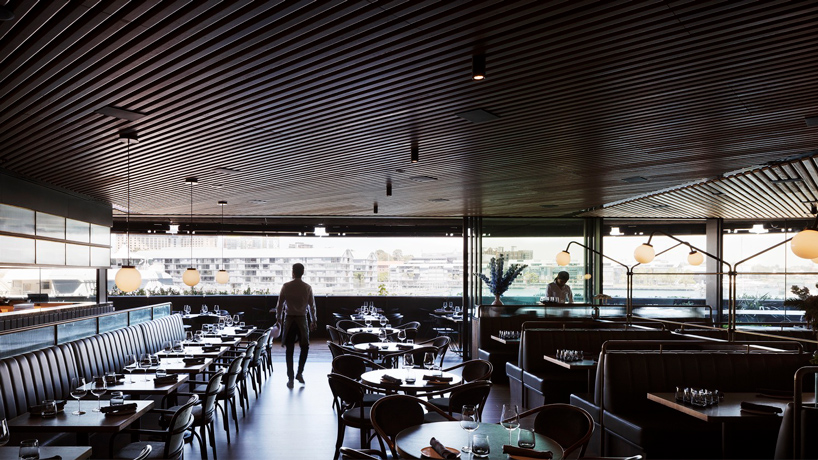 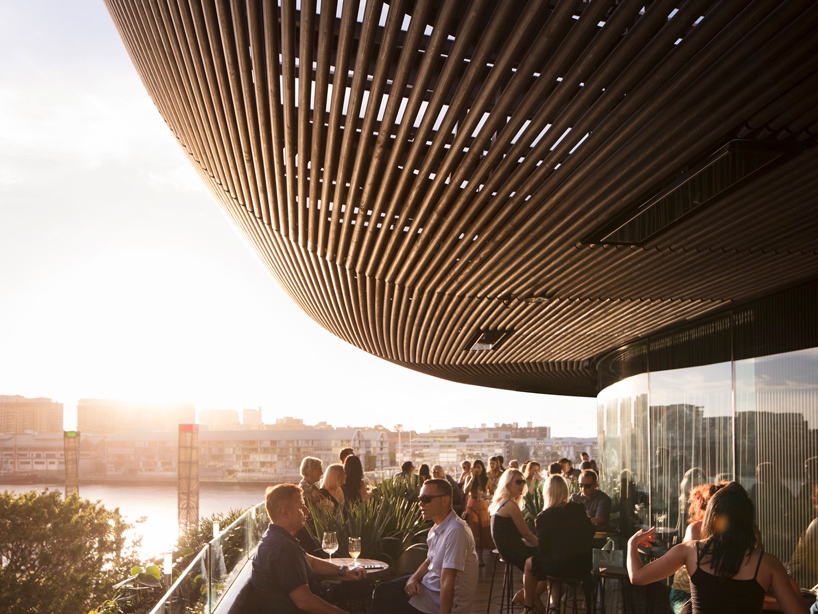 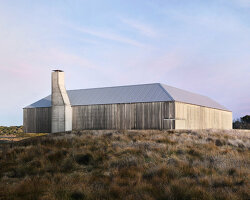 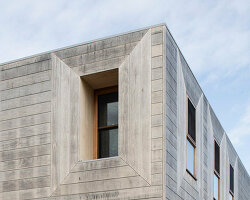