lebanese-based studio, JPAG, presents their short architecture film entitled ‘coming back to life’. brimming with dramatic shots and gloomy, ominous lighting, the movie narrates an architect’s obsession with beirut‘s burj el murr, which is commonly known as ‘the tower of bitterness’. built in the 1970s, the imposing monument was given this moniker as during the lebanese civil war it was used as a hideout for snipers, affording them a view in every direction of the city, and ultimately, becoming a stark reminder of the brutality that occurred. in a bid to overcome this unfavorable notoriety, JPAG intends to illustrate a ‘modern day fairy tale’, depicted by a storyline, a plot and a twist. 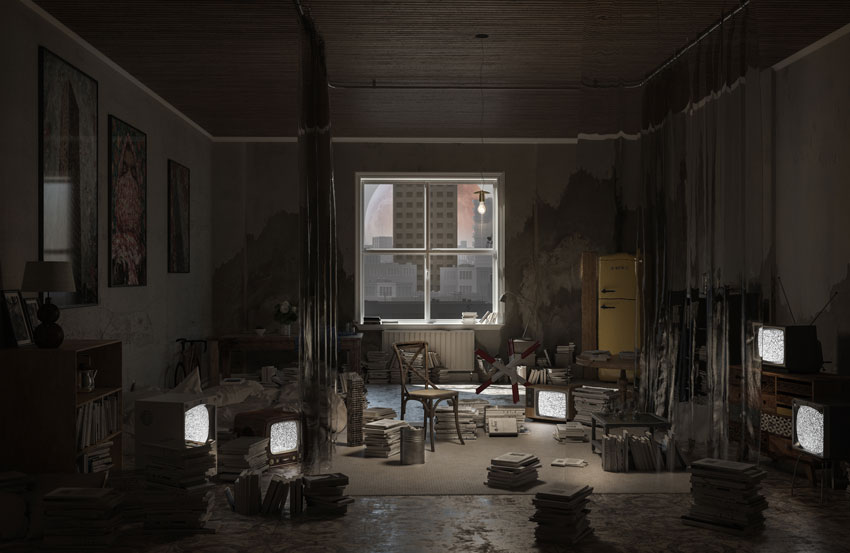 all images and video courtesy of JPAG

today, the abandoned building still stands as a bleak reminder of the horrors and cruelty that the nation has overcome. for ‘coming back to life’, JPAG imagines the monument as waiting for someone to save it. the first scene of the short film portrays a mystery man entering his gloomy apartment facing his architectural fascination, only to be surprised by an emerging structure suspended on the walls of the tower. suddenly the disbelief is interrupted by a noise that appears to come out of the TV, and then the frame blackouts out when it gets closer to the window. 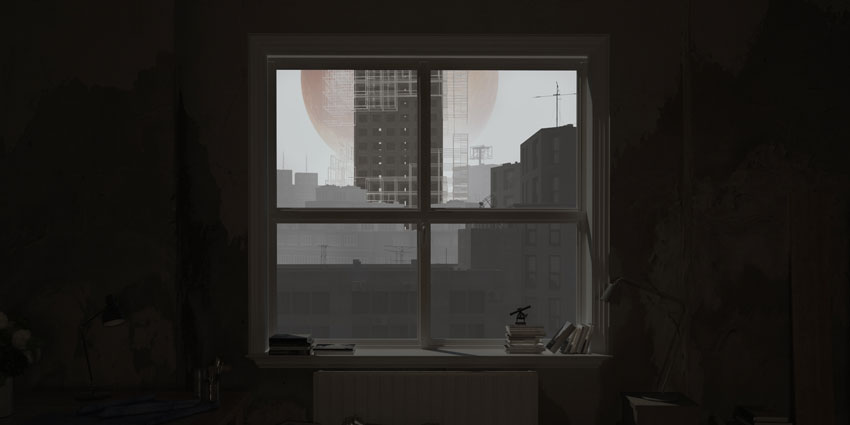 viewers are then transported inside an opening of the burj el murr, ascending the body of the concrete brute, passing through the void, the green space, the memorial and the reception area. the scene is then taken outside, to discover a monument, elevated from the ground. the architect character’s car then arrives while the structure is completing its growth. finally, the story ends on a shot of the tower in its new skin, standing tall in the midst of all the disturbing chaos of the city. 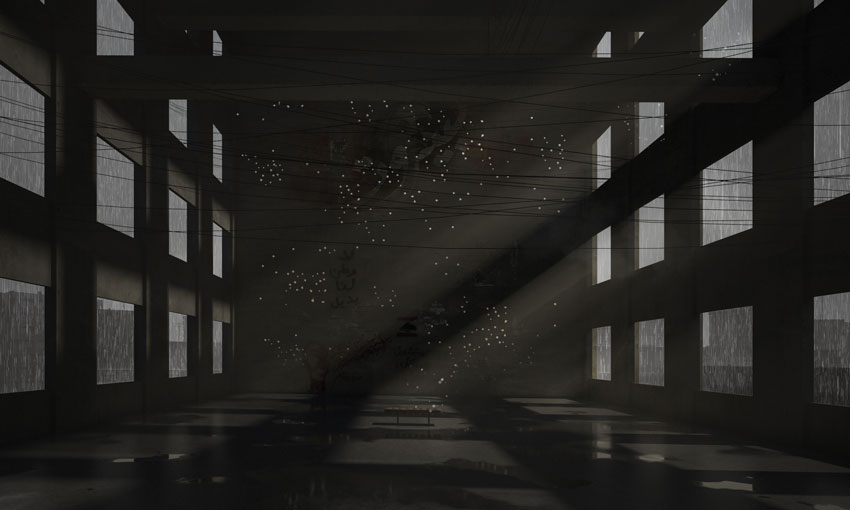 the film shows inside the framework of the burj, conveying the huge void of the monumental tower 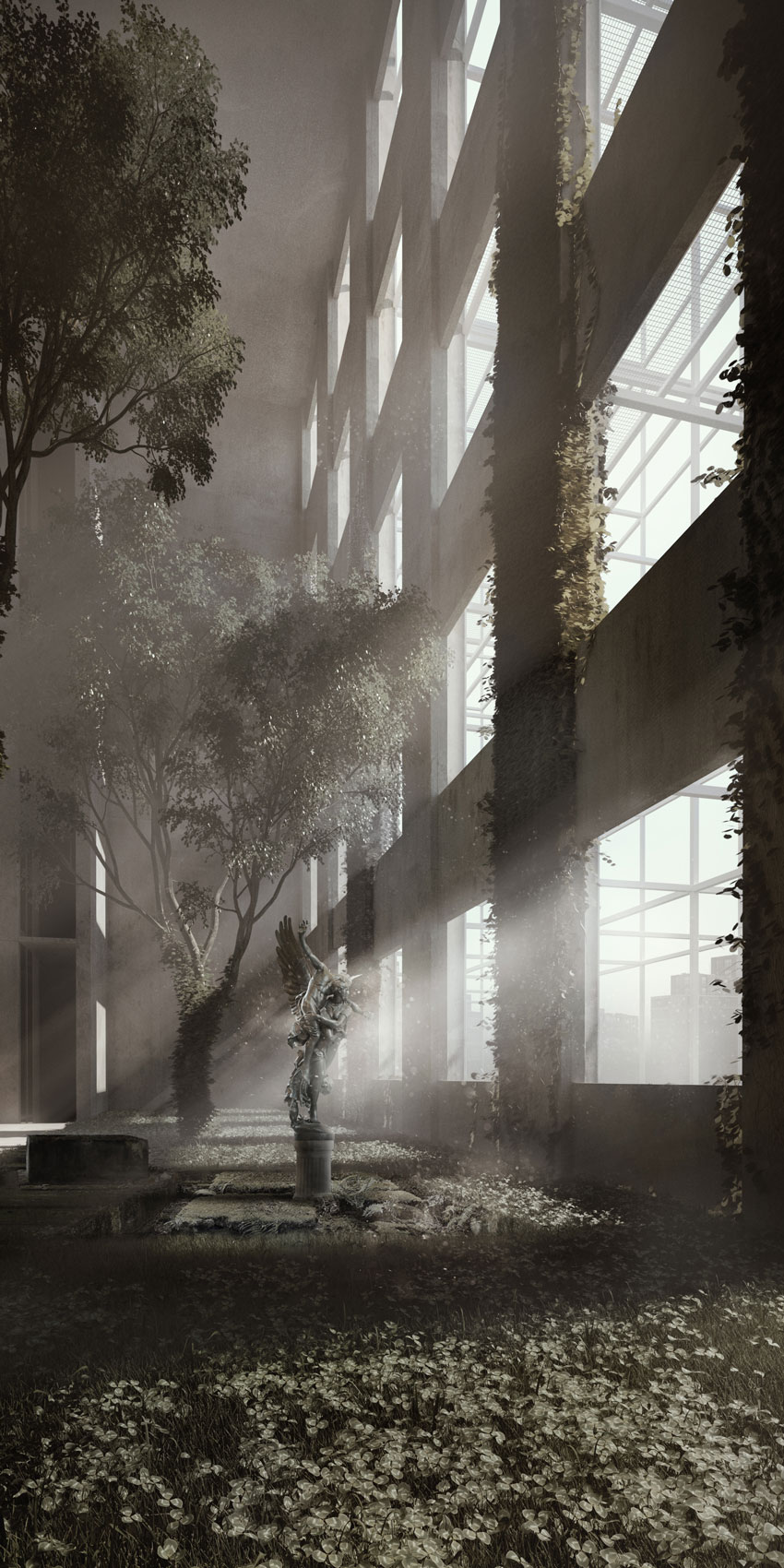 trees start to grow inside the empty spaces, encapsulating the concrete and giving the tower a heartbeat 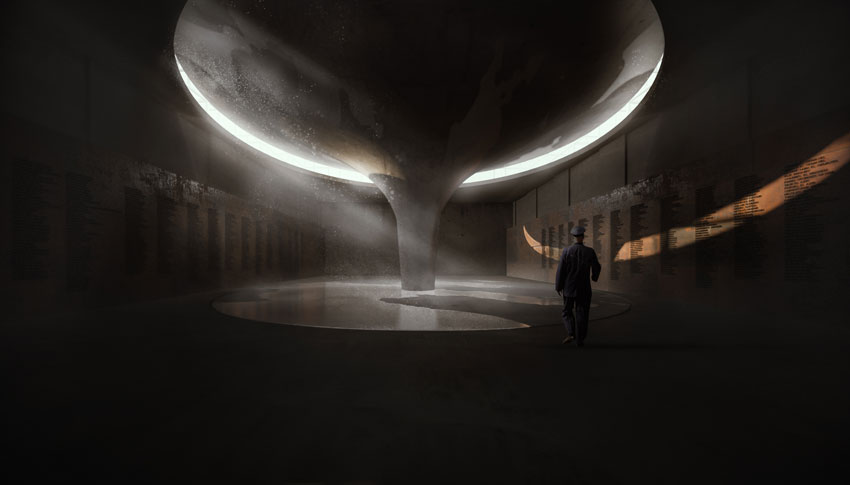 at the peak lies a dark room in which a ray of light emerges through the crack in the ceiling, enlightening the names of the martyrs on the rusty wall 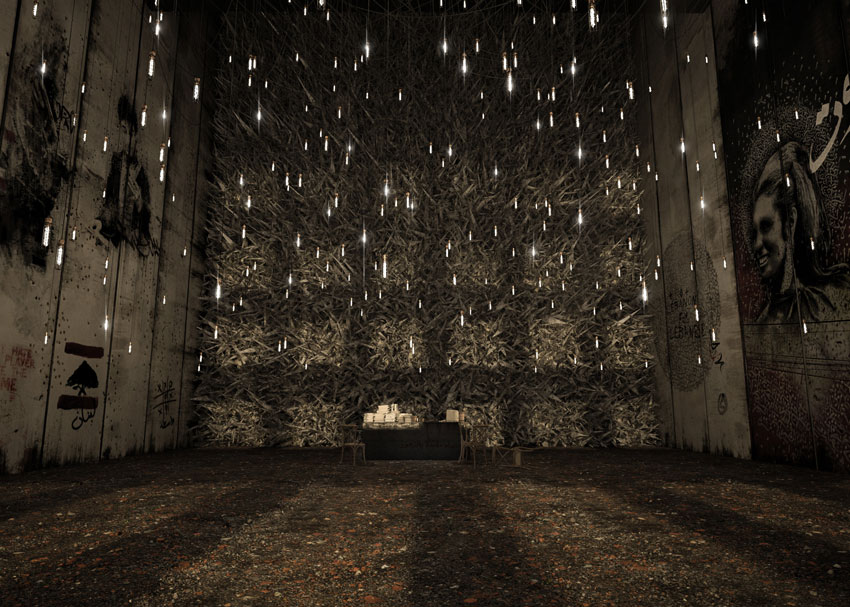 viewers ascend through the levels of the building 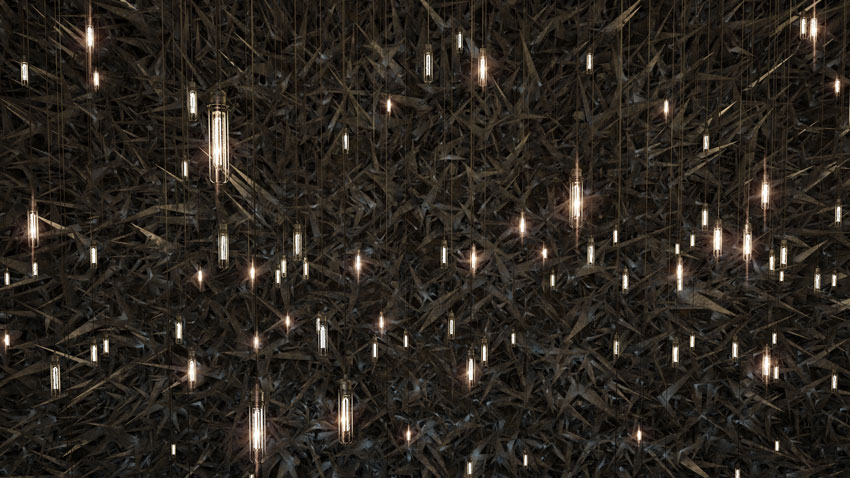 vegetation that has taken over the structure is shown 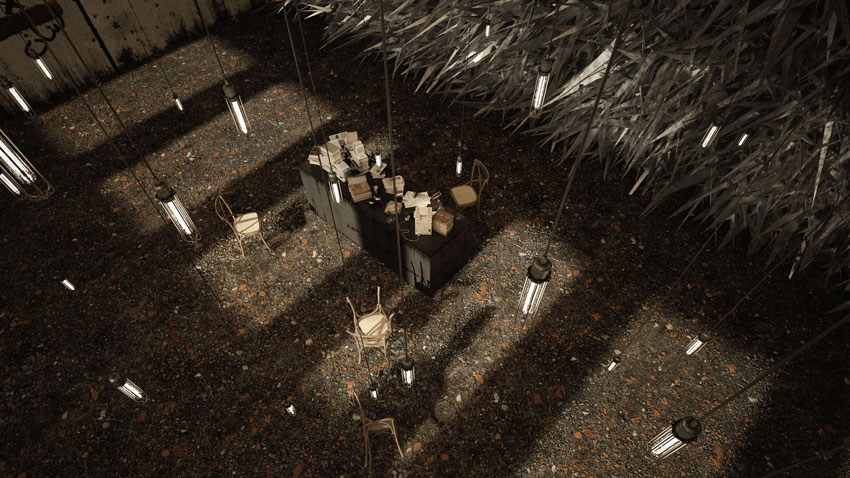 the camera pans over the derelict space 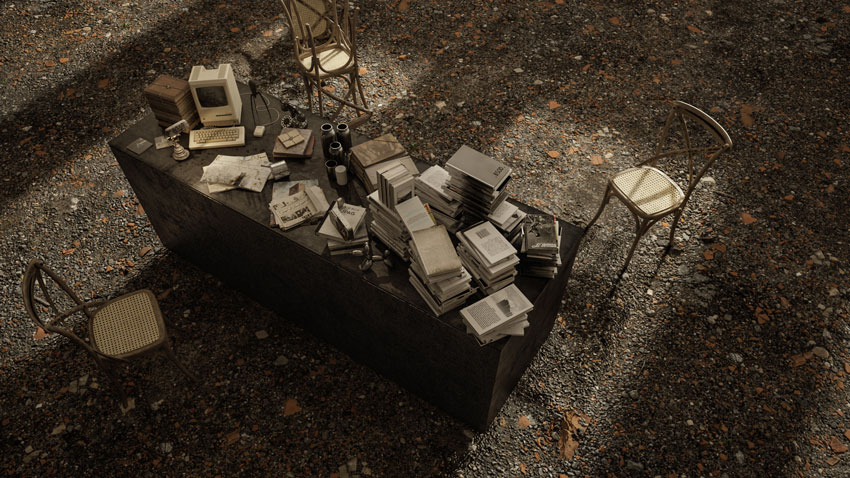 a closer view of an abandoned desk 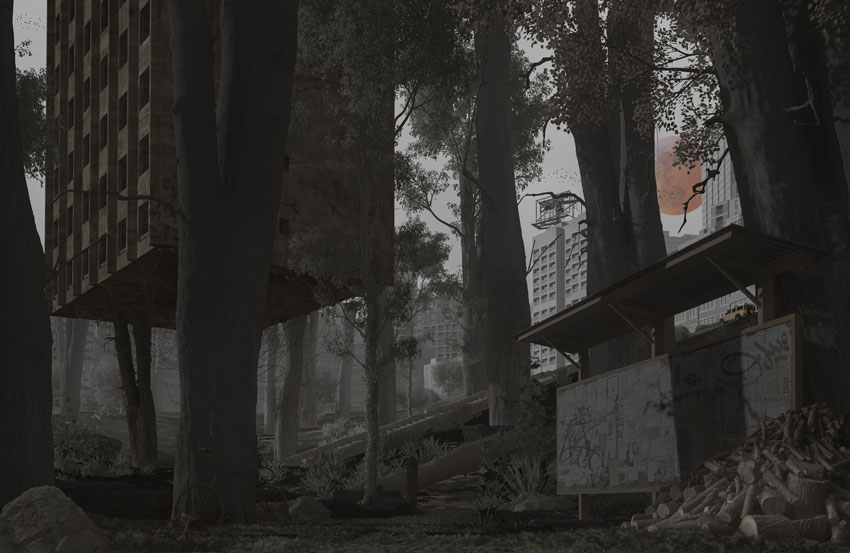 viewers discover a monument, elevated from the ground 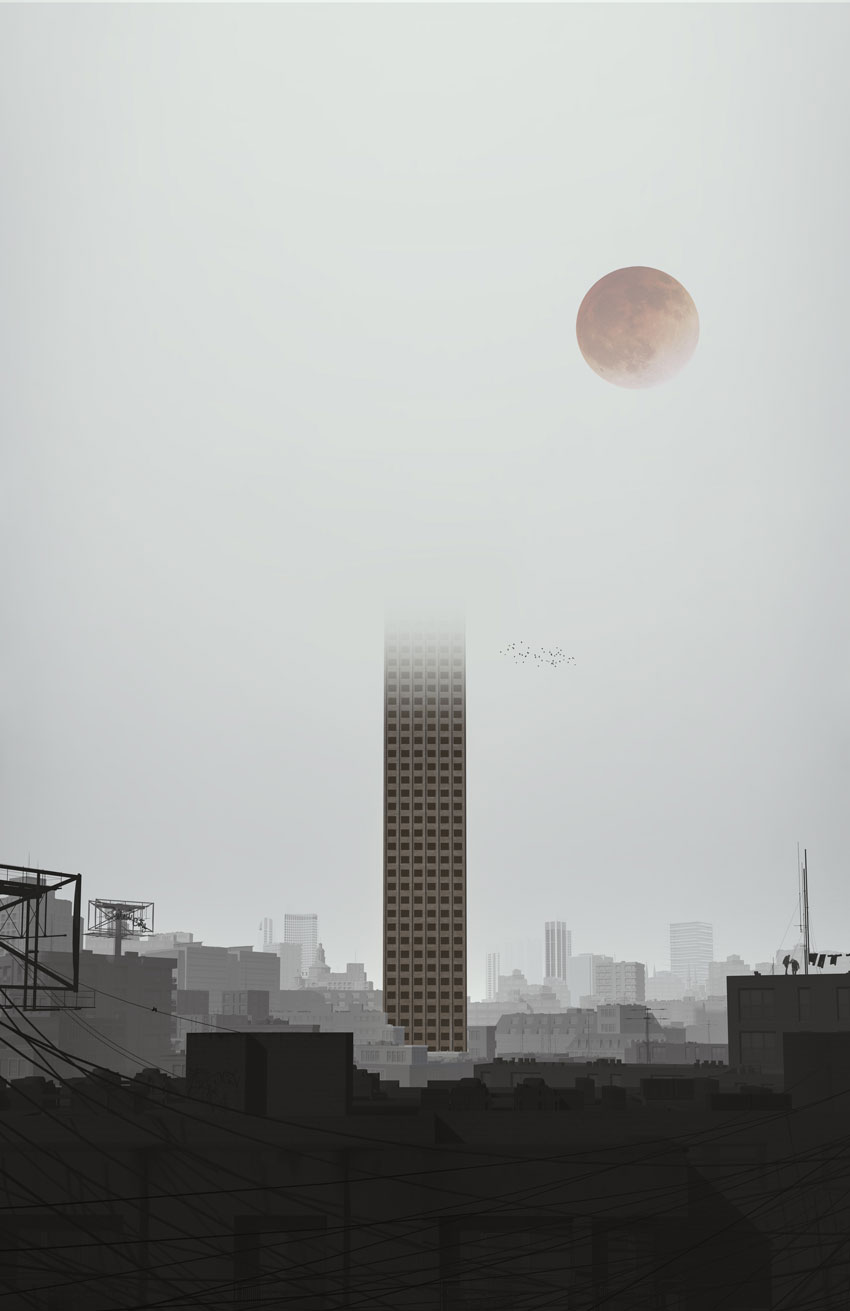 project name: ‘coming back to life’