conix architects in collaboration with JV realys have won the competition to design the belgian pavillion for shanghai expo 2010.

the structure of a brain cell is the dominant conceptual image for the pavilion. it aims to evokes the artistic and scientific richness of belgium and the country’s central position within europe. the brain cell also refers directly to the role of belgium as one of europe’s main gathering centres and cross-points of 3 great cultural traditions: the latin, the germanic and the anglo-saxon. belgium, closely connected to its surrounding countries, has always been a ‘place of balance’ where people have gathered with common interests that surpass their national needs. 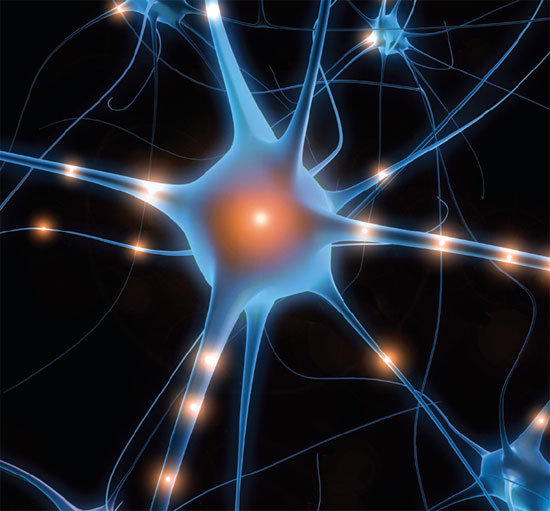 in contrast to the playful, organic and intriguing form of the brain cell, the exterior of the building refers to the pragmatism and the discretion typical of belgium. a big roof structure offers a communal shelter, functioning as a flexible, pleasant and convivial public space, fully open to the outside world.

the changing lights and colours of the brain cell will naturally be integrated in shanghai, ‘city of lights’. the multitude of visual effects in the pavilion echoes the european clair obscur movement and the chinese shadow theatre which will be visible from the main public spaces in front of the pavilion. 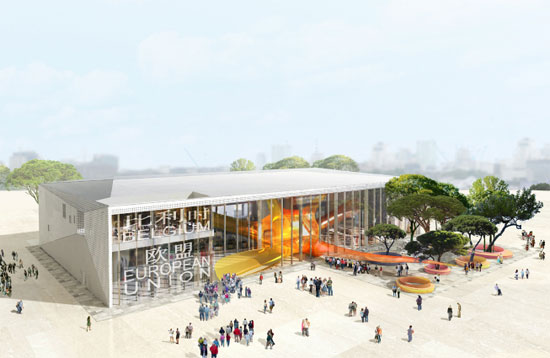 the pavilion, which will be accessible to the public in may 2010, will be composed of a structure which is easy to build, to disassemble and to recycle. to adapt the building to shanghai’s warm and moist climate, the exterior is built up of three mainly closed façades, composed of stretched metal plates. the pavilion does not only accommodate the exposition halls of europe, belgium and its communities and regions, but also offers convivial meeting places including a restaurant, a bar and a vip-centre. 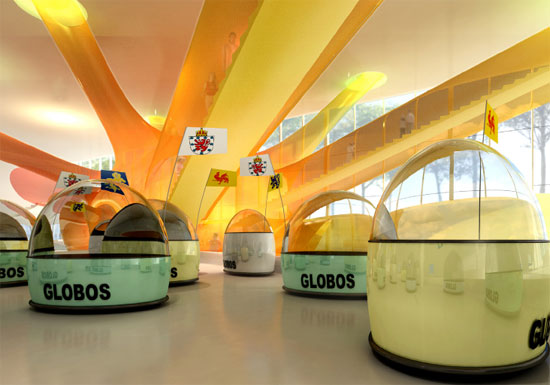 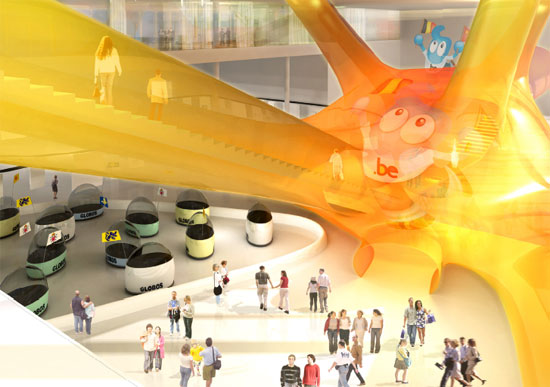 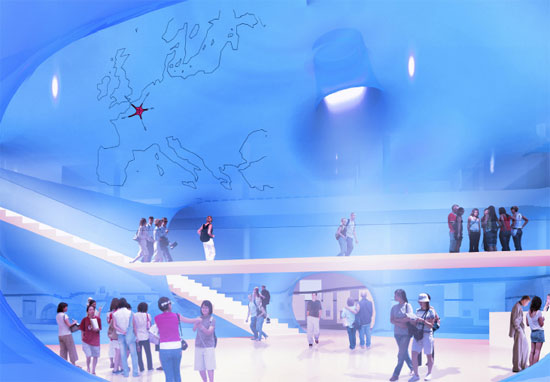