based on photographs of buildings designed by ‘starchitects’, each image in the ‘contemporary future’ series represents a future where the structures have suffered from the vagaries of climate change and disastrous wars. the famous icons loose their meaning in this new world – devoid of human presence, a new use is assigned to them. the ‘denver art museum’ by daniel libeskind becomes a supermarket, the ‘MUCEM’ in marseille by rudy ricciotti a motel, the ‘BNF’ in paris by dominique perrault a casino, ‘le cube orange’ in lyon by jakob macfarlane a strip club, ‘les folies du parc de la villette’ in paris by bernard tschumi a gas station, ‘the glasgow riverside museum of transport’ by zaha hadid is abandoned to nature and ‘palais de justice de nantes’ by jean nouvel becomes a port site. the project raises questions around architectural value, function and the future of these works. 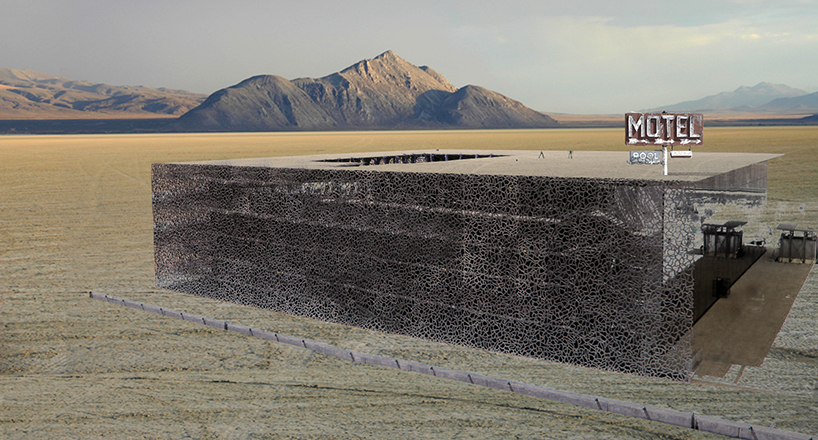 ‘MUCEM’ by rudy ricciotti – re-imagined as a motel 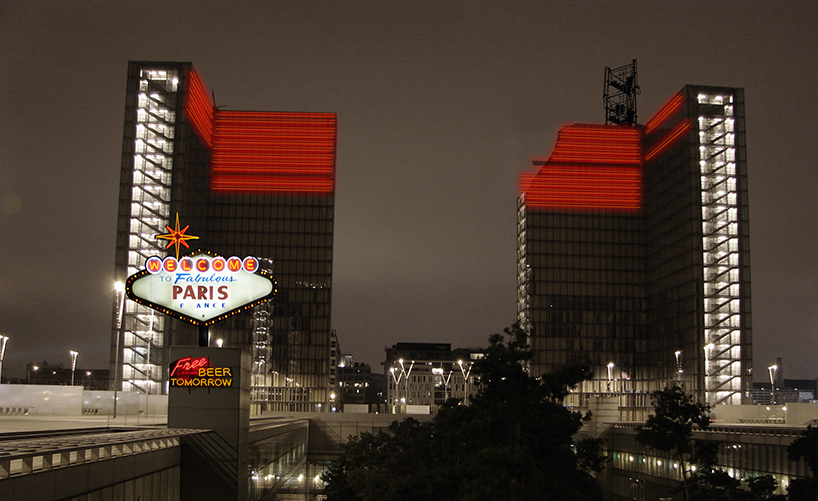 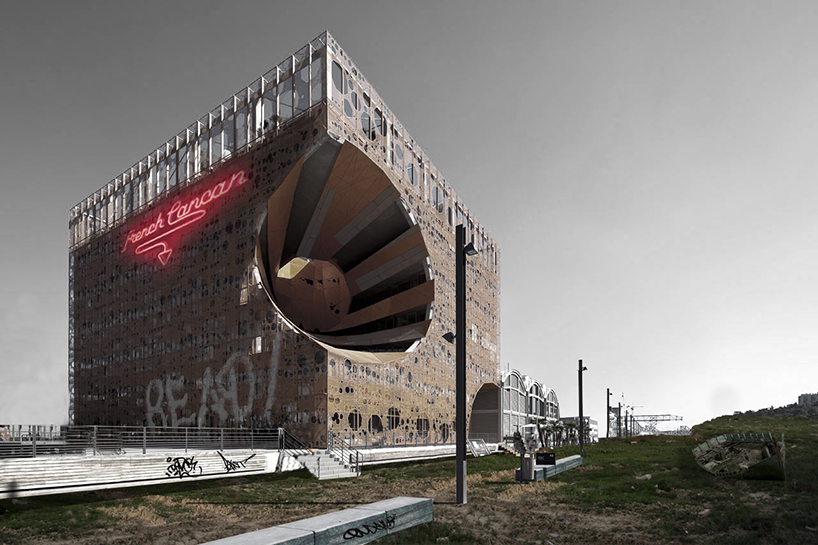 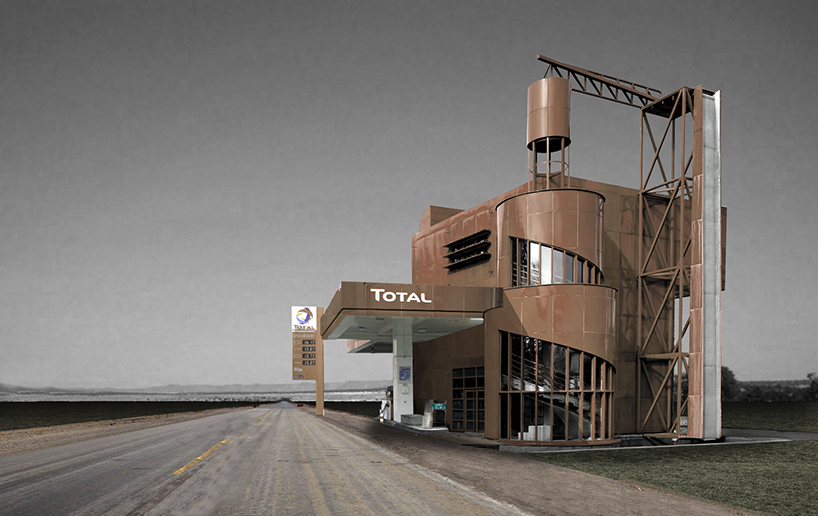 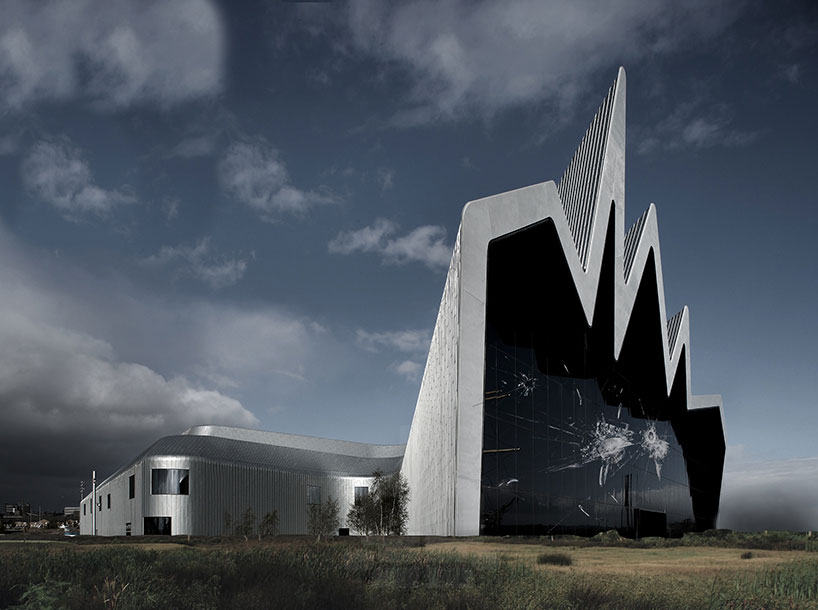 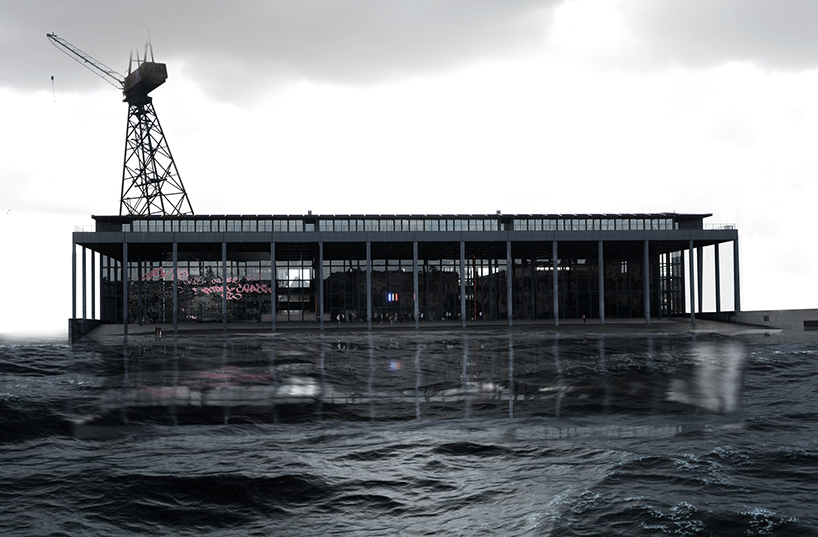