wolf d. prix, design principal and CEO of coop himmelb(l)au presented the design for the ‘energy roof’ in perugia, italy, today. ‘energy roof’ is part of the research project ‘walking through the history’ of the university of perugia. beside the archaeological study this research comprised also the creation of an architectural icon. 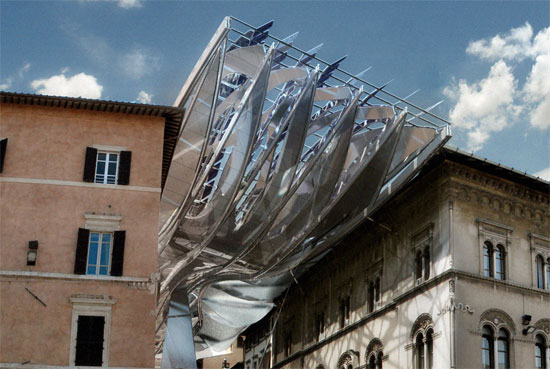 ‘energy roof’ serves as canopy along via mazzini in the center of perugia and at the same time creates the entry point to the archaeological underground passage leading through the history of perugia. the passage connects the city center with the mini metro station pincetto. historical documents show the existence of the old etruscan city wall in the area below piazza giacomo matteotti which coop himmelb(l)au proposes to excavate as part of an underground public gallery space exhibiting the history of perugia. openings in the ground of the piazza giacomo matteotti visually connect the underground passage with the ‘energy roof’.

coop himmelb(l)au developed the design of the roof with the goal to generate energy for the city. while the orientation of the west wing is optimized in relation to solar radiation, the east wing captures wind. the roof consists of three layers: the energy generating top layer, the structural layer in the middle and a layer on the bottom as a combination of laminated glazing and translucent pneumatic cushions. the top layer includes transparent photovoltaic cells to generate electricity and shade the sun. the orientation of the individual cells is generated and optimized by a computer driven scripting program. furthermore five wind turbines that are placed inside the structural layer are generating additional energy. both the roof and the underground passage are energy self-sufficient. 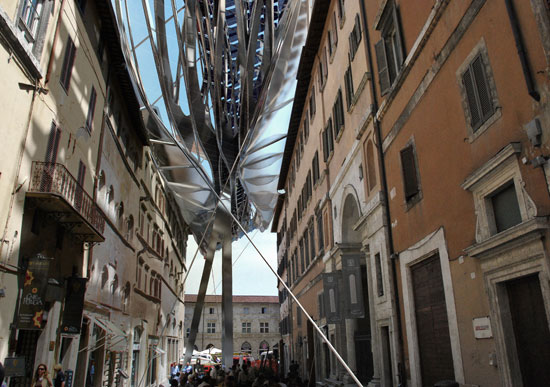 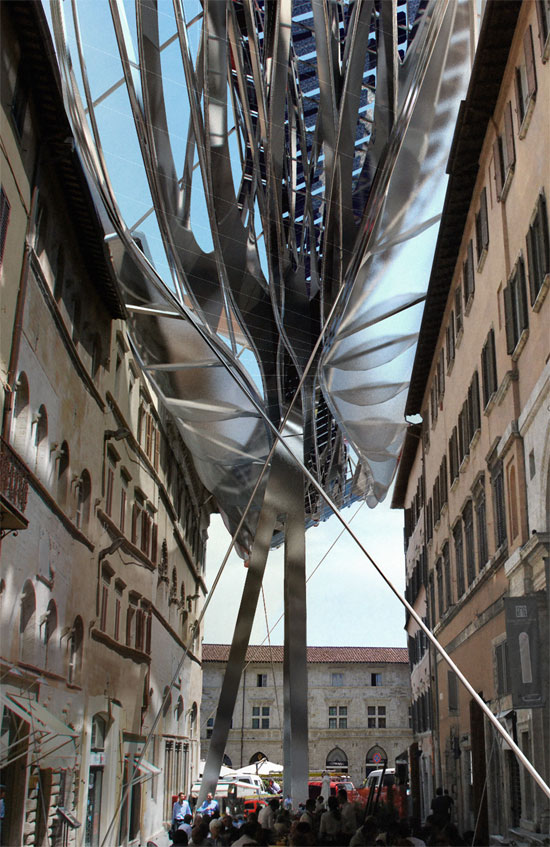