it has been announced that the construction of the new premises of the european central bank in frankfurt will begin in spring 2010. after winning the compettiong to complete the project in 2005, austrian office coop himmelb(l)au‘s design will be located in frankfurt’s ostend, built on the site of the city’s wholesale market. at a height of around 185 meters, the double tower – with its polygonal shape and east-west orientation has a profile that is visible from all important reference points in frankfurt’s city center, as well as from the river main. the opening of the european central bank is scheduled for 2014. 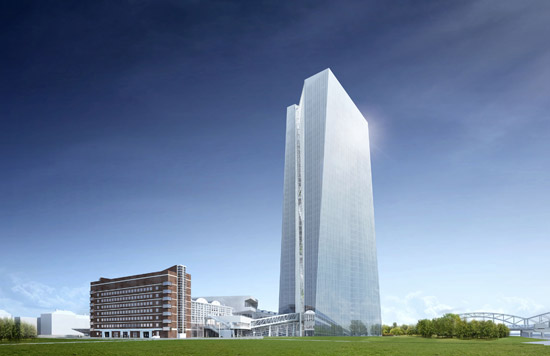 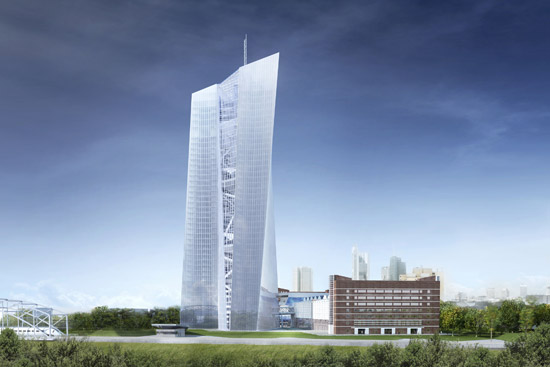