coop himmelb(l)au‘s concept for anstana’s 2017 expo, entitled ‘the city of the future’, is a sculptural yet functional design that responds to kazakhstan’s climate, as well as the the nature of its surrounding buildings. together with the ‘energy welcome tower’, the bold and dynamic proposal compliments the city’s existing urban fabric when placed alongside landmarks such as norman foster’s ‘khan shatyr entertainment center’, ‘the palace of peace and reconciliation’ and ‘the bayterek tower’.

responding to the expo’s theme of ‘future energy’, ‘city of the future’ densifies the built program, allowing as much ground area as possible to be utilized as communal green space. stacked vertically, the plan contains four themed pavilions: cosmos, world, life and mind. each individual structure acts as a small power plant, generating energy through their crafted forms and treated façades. 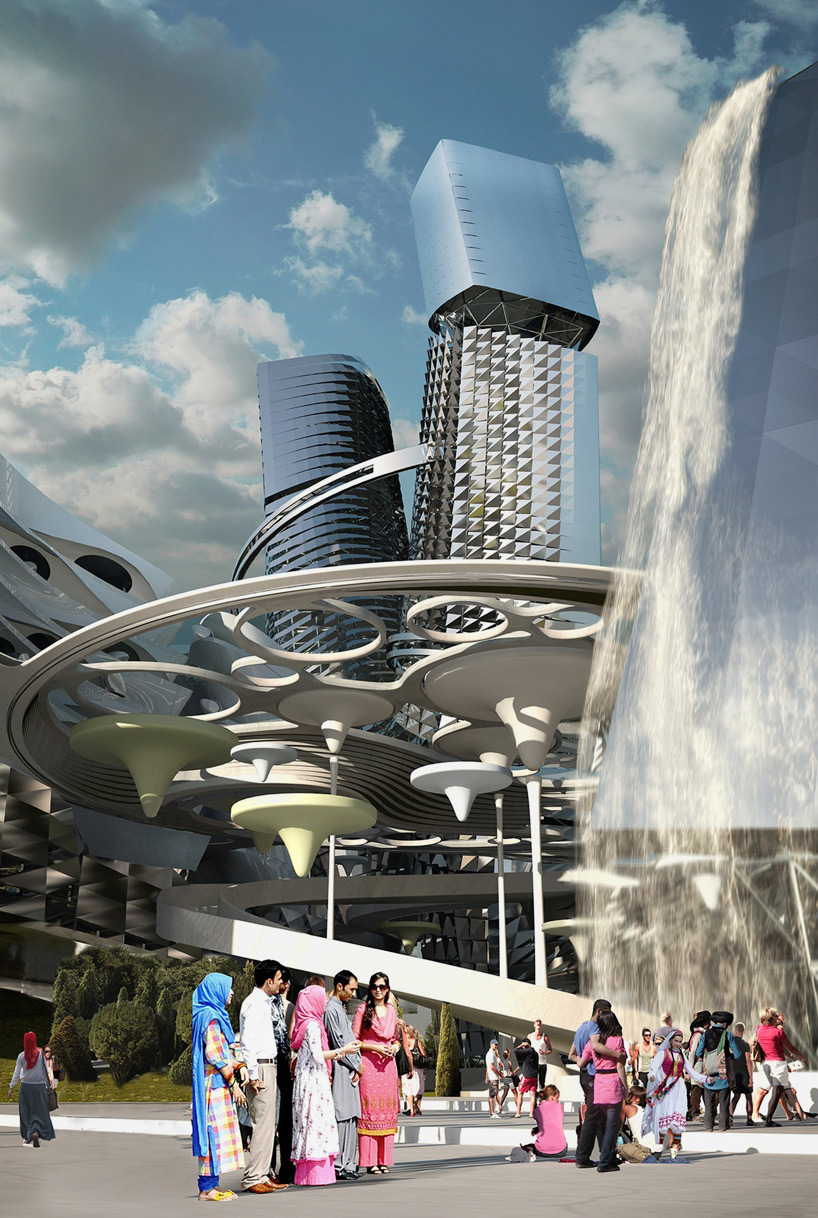 in the center of the composition, a vertically moving external performance space serves as a circulation route enabling access between the site’s different levels. this area is framed by the expo’s additional program, most importantly the national pavilion of kazakhstan – placed directly in front of the main entrance.

see designboom‘s coverage of the other shortlisted entries here. 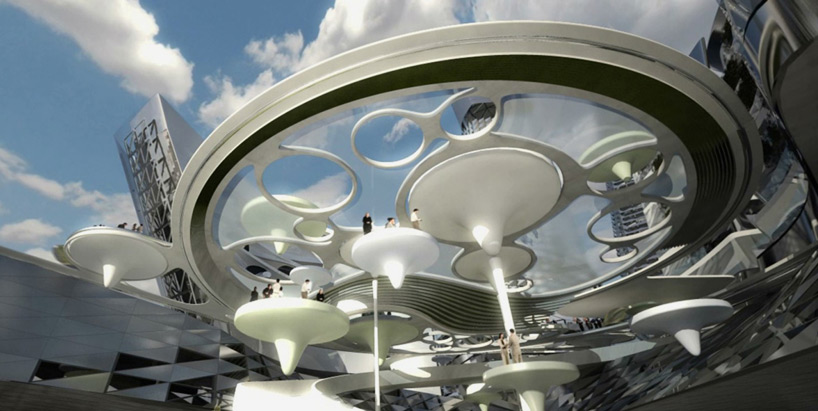 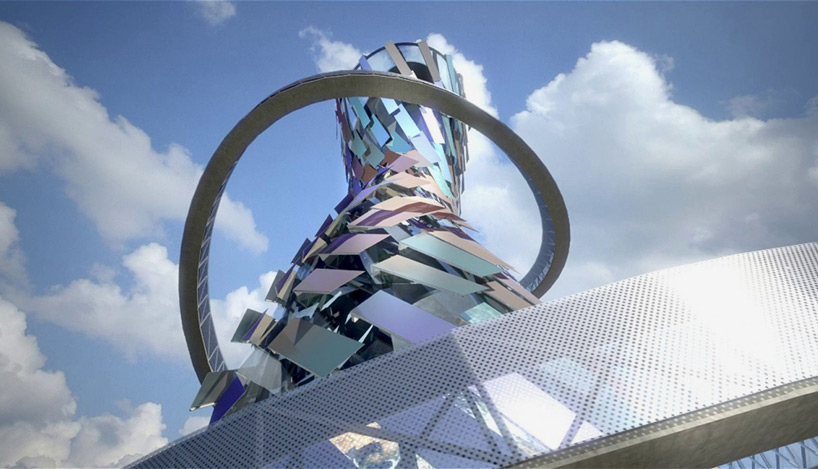 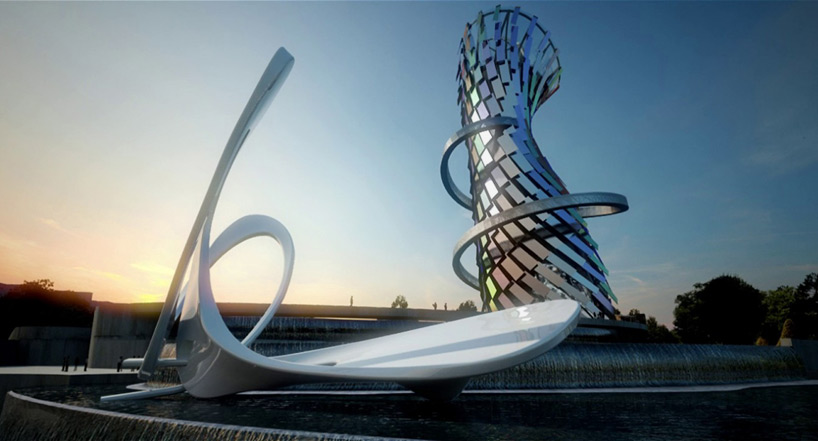 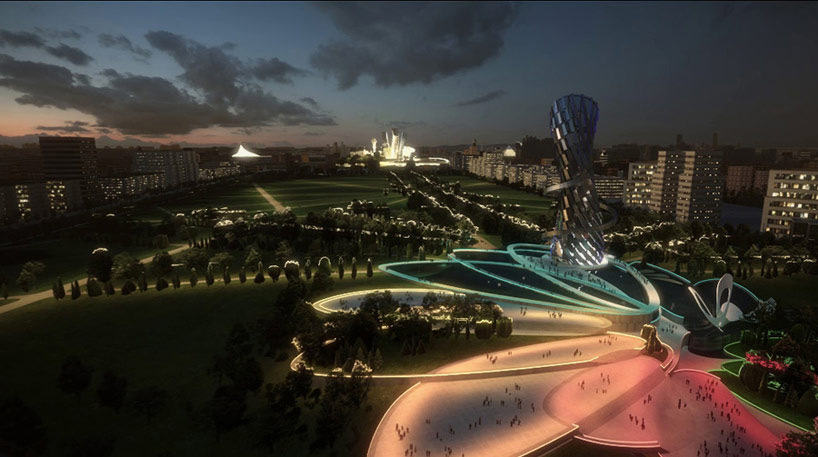 the expo site, showing the ‘energy welcome tower’ in relation to the ‘city of the future’
image © coop himmelb(l)au 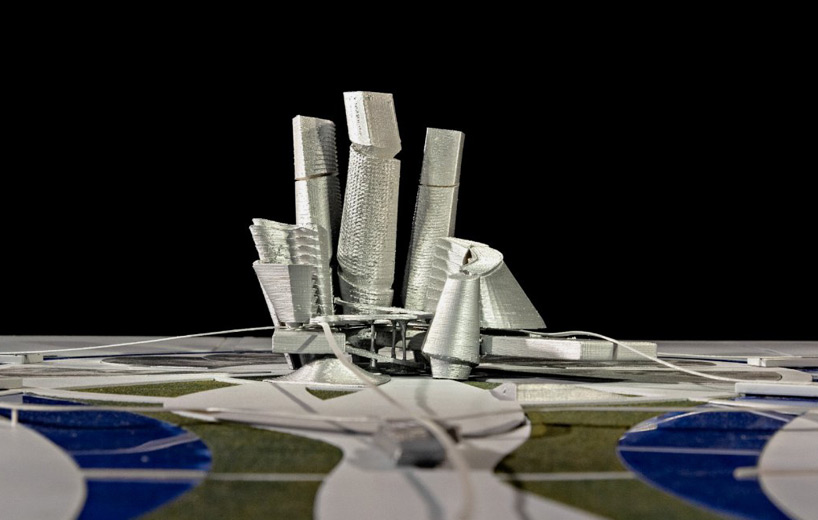