austrian darchitectural firm coop himmelb (l) au, winner of the 2006 international design competition for the fair in riva del garda, italy expansion, together with italian heliopolis 21 have revealed substantial changes they have made to their project ‘ceiling clouds’ proposal. the plans were unveiled  by real estate company garda trentino fairs.

the revised draft provides a composition of two blocks, one resting on the ground and the other suspended, respectively hosting an exhibition hall and a multipurpose hall. two buildings are connected by a lobby and to the north, the volume of the sports hall is enclosed by a two-story parking. the parking structure is opened making it visible, along the new bypass – here the building envelope changes into a crystalline form, which gives the building an unmistakable transparency.   the multipurpose hall will host pop and rock concerts, fashion shows, events and trade fairs for about 3 thousand people.

the new exhibition halls will be connected with existing ones from a bridge that will allow the continuity of the exhibition. since each floor of the exhibition will be directly connected with the foyer, and therefore be used independently, the new building will provide maximum management flexibility. the top floor of the exhibition differs both from the functional point of view than the other three formal levels. the top floor has reduced the number of pillars and openings in the roof slab, where natural light and views are provided through windows.   the work is due to start next year with completion by 2013. 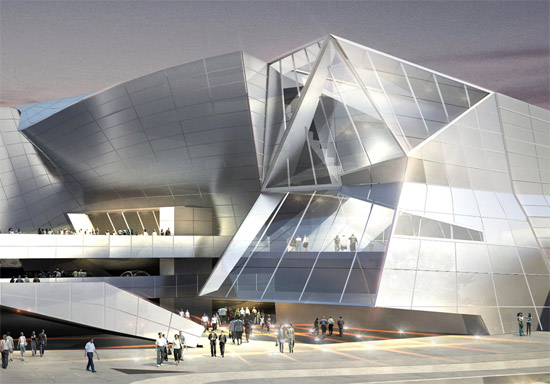 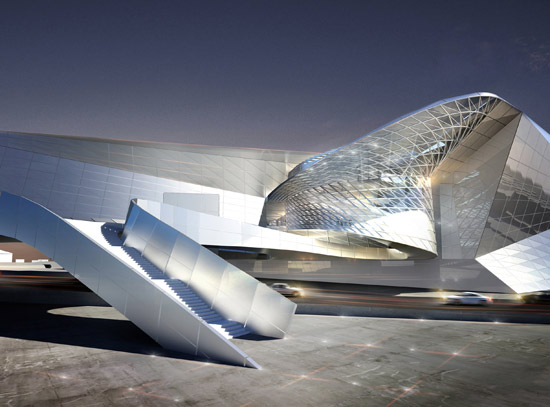 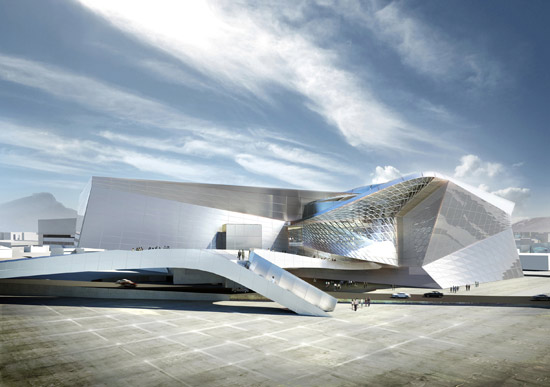 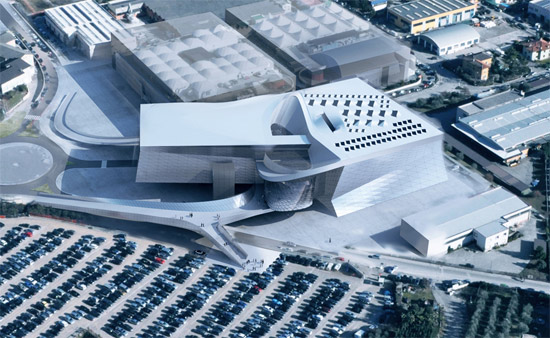 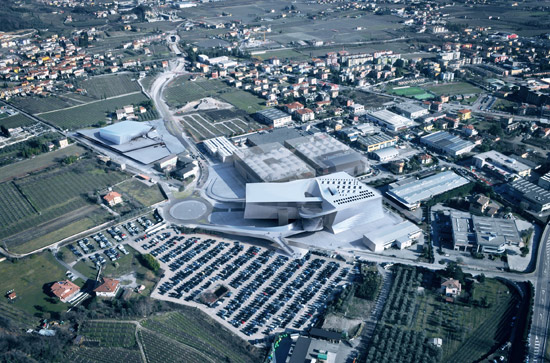