through an international design competition called ‘bridging the drive,’ cordogan clark realizes a newly completed pedestrian bridge at 41st street in chicago. the design team seeks to connect the american city’s neighborhood of bronzeville to the western lakefront with a structure that generates a dynamic experience for its users. with its twin inclined arches on reverse curves, the bridge expresses a unique structural solution. unlike typical arch bridges which are symmetric in horizontal and vertical directions, the 41st street arches span along reverse curves with a long crest curve that rises seven feet higher between the arches than at the outside ends of the arch at the approaches. the bridge creates a large, graceful S-curve that echoes the park’s olmsted walkways to extend the lakefront parkway west.

all images by james steinkamp

chicago-based studio cordogan clark designed the 41st street bridge to curve horizontally and vertically, creating a unique urban promenade. its height and length are determined by providing a rise sufficient to provide clearance above the commuter train and lake shore drive, yet also allowing a slope that is gentle enough for wheelchair use. 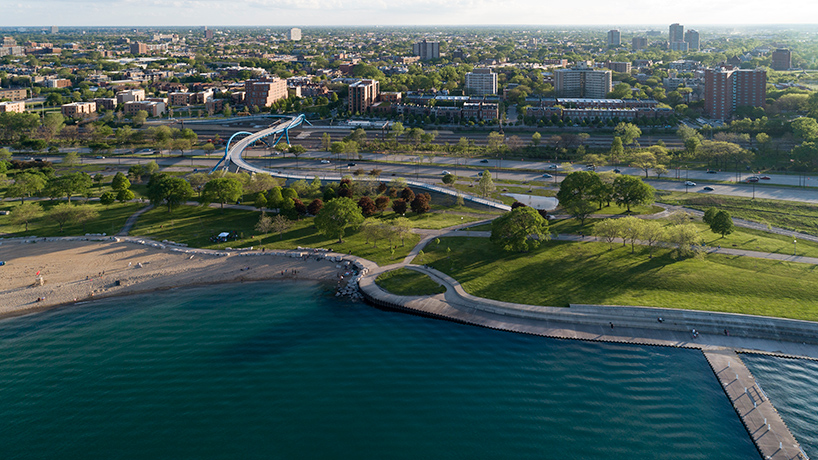 the bridge projects outward to generate balconies at midspan, gliding gently to rest at each end of its span. ramps supported on a rusticated concrete base taper into the landscape to help the bridge blend with and extend the park environment. its west ramp hugs the east boundary of a park, creating a sculptural backdrop and low wall between the park and the train. 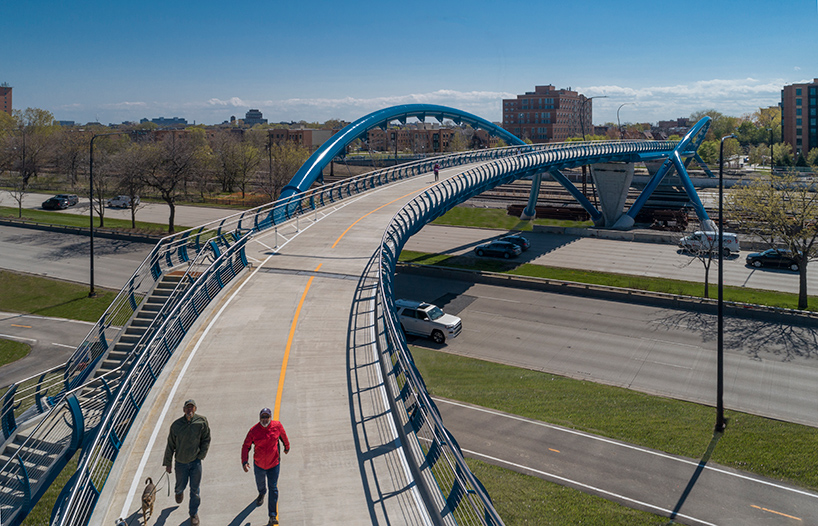 the simple and clean structural detailing comprises large steel tubes that measure four feet in diameter. plate sections support a 20’ wide concrete deck while radiused railings raise the bridge’s curves vertically, reinforcing its dynamic sculptural form.  prior to construction of the new bridge, residents had to travel more than a half mile to the nearest bridge crossing the railroad tracks and lake shore drive to reach the lakefront. 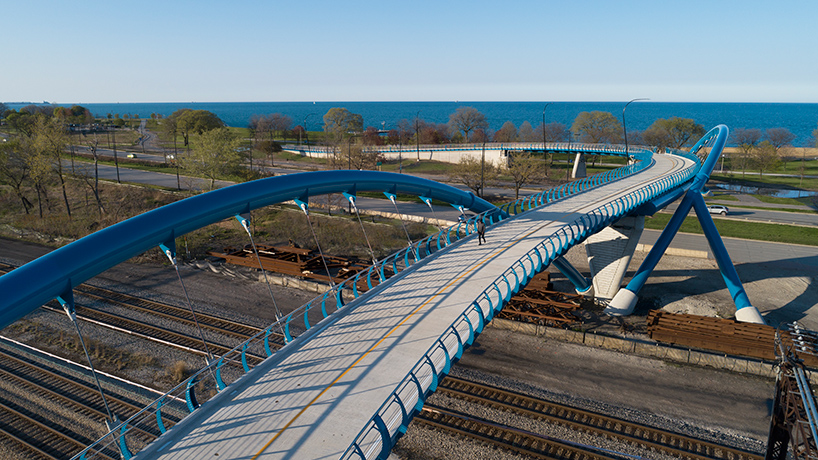 the bridge was constructed to accommodate pedestrians, bicyclists, people with disabilities and emergency vehicles. to be fully accessible and usable, the bridge has both ramps and stairs at both ends. the new bridge has been developed to minimize the landing footprint within the adjacent parks while integrating accessibility. 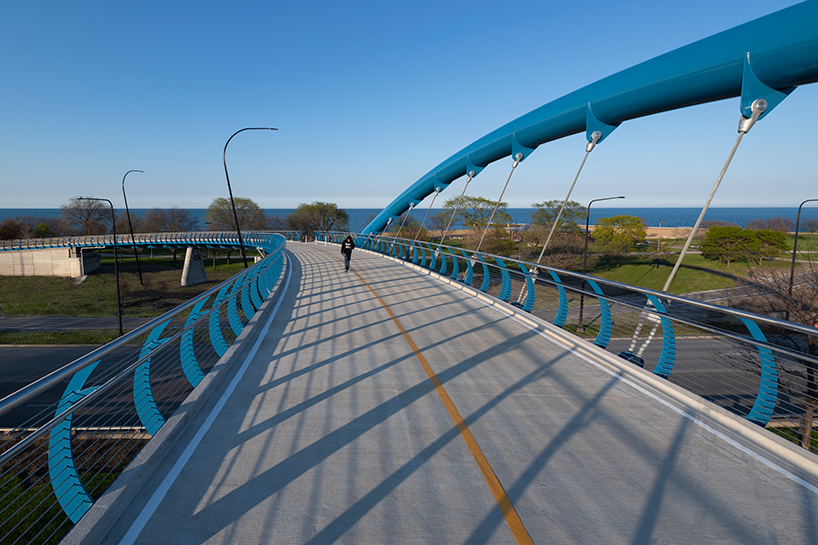 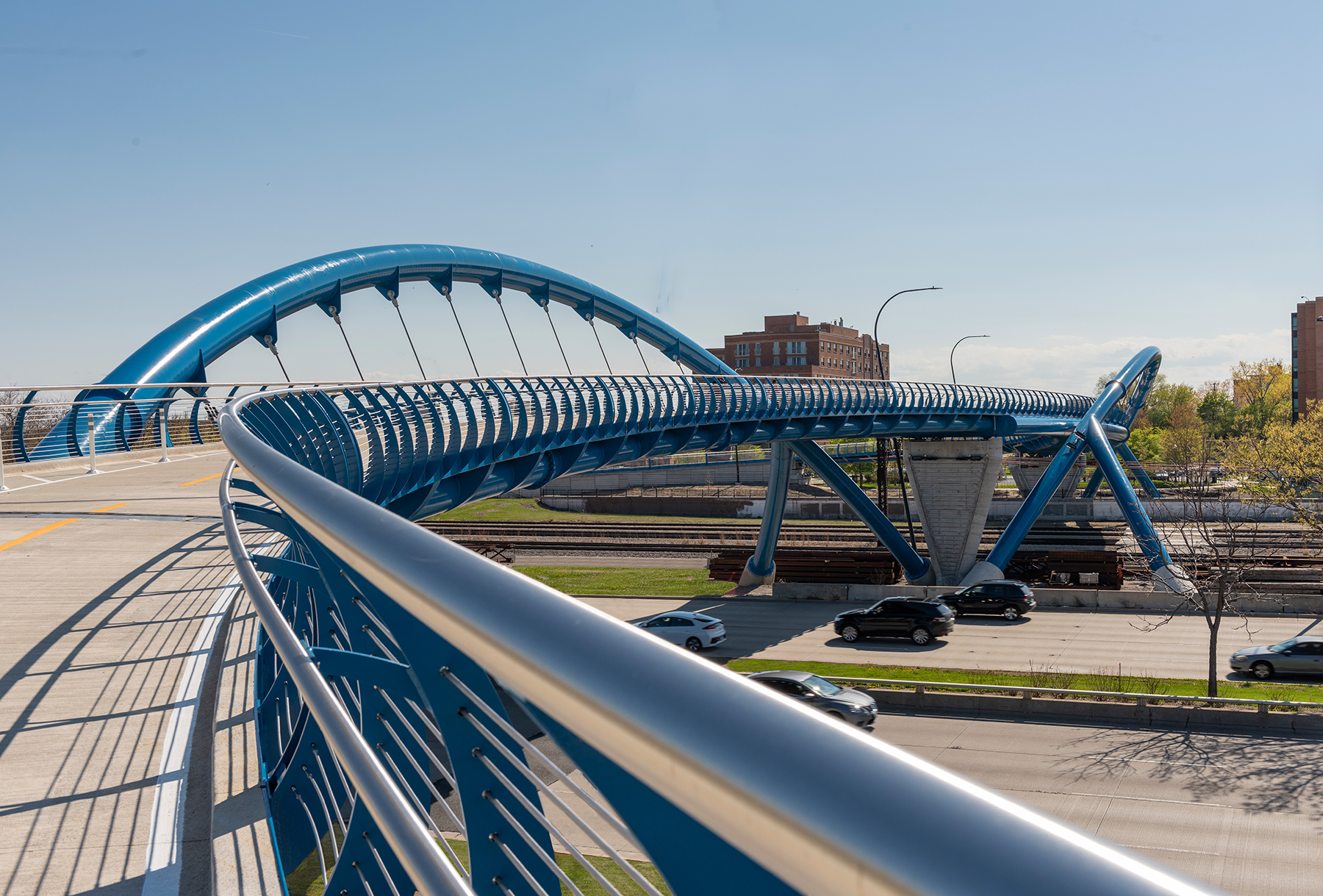 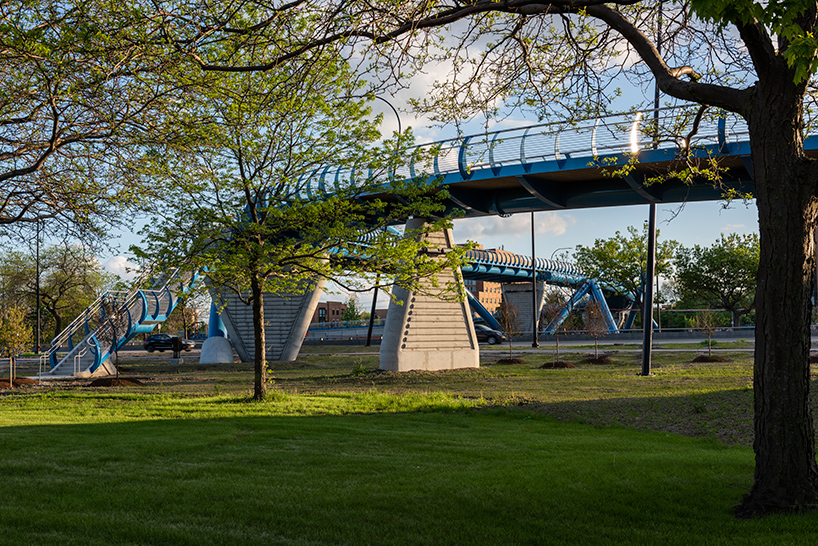 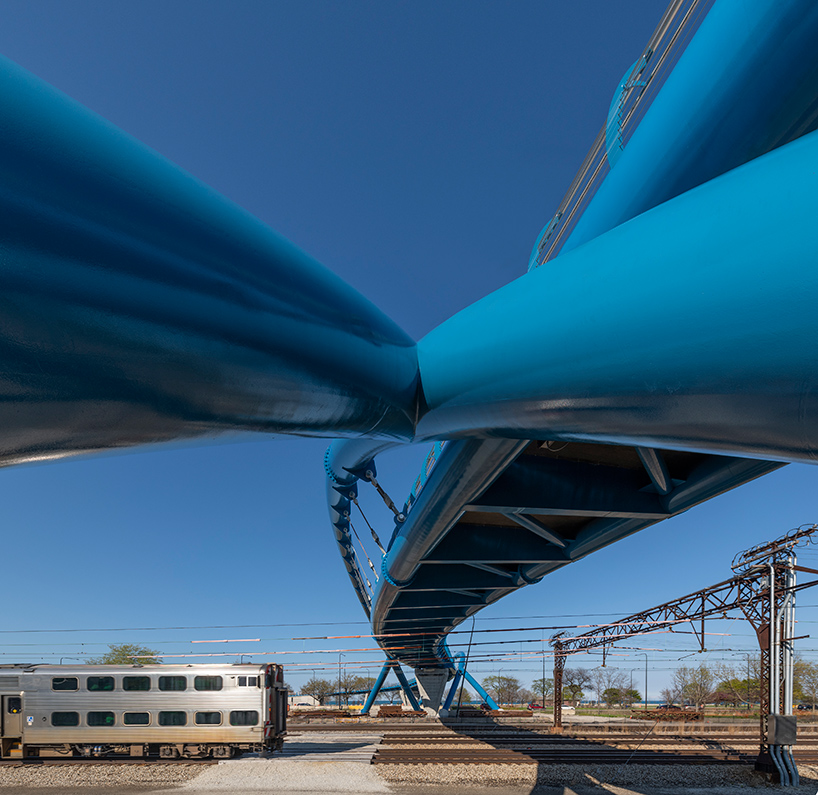