architecture in korea: located in sinseol-dong, a neighborhood in seoul, this hanok has been upgraded by CoRe architects with the addition of a vertical extension. the contemporary wing resulted from the difficulty of extending the traditional wooden structure, making it weaker while the team was doing the remodeling. in order not to get in the way of the hanok, a steel frame was adapted to, making the new volume float above the previous house. this assured the hanok could be preserved as much as possible. 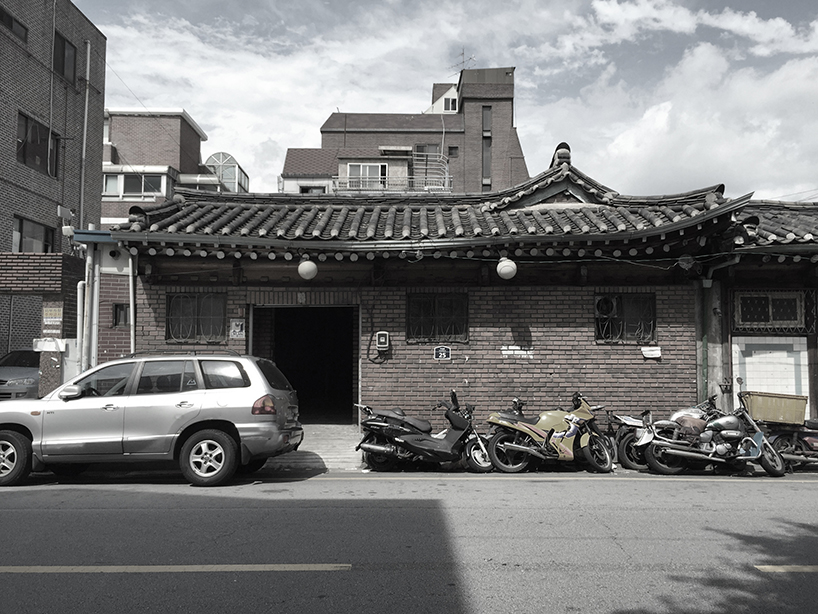 existing hanok before setting the project

the project by CoRe architects repaired the old hanok and reinforced it with a new volume, achieving the coexistence of these two structures. the resulting shape of the new extension is in balance with the traditional architecture, respecting it. the seven steel-columns on the ground separate it from the hanok. the cantilevered structure uses both horizontal and inclined beams, that creates a tension between the old and new. the building houses both offices and a book cafe, and its all complemented by an indoor patio that resulted from the intervention. 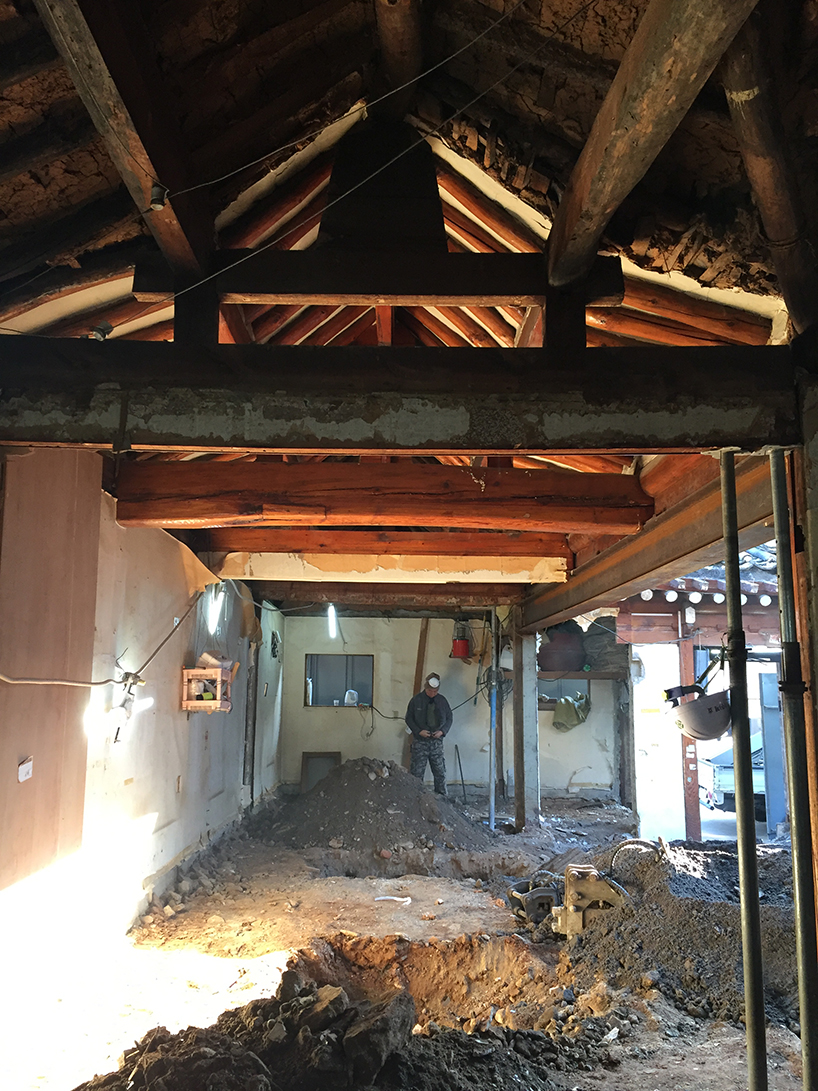 inside the hanok, the traditional wooden structure remained as well as the roof 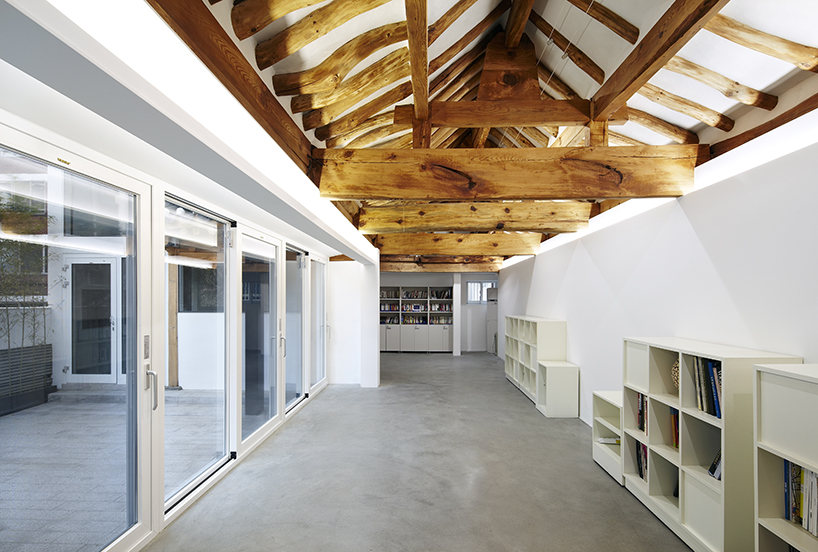 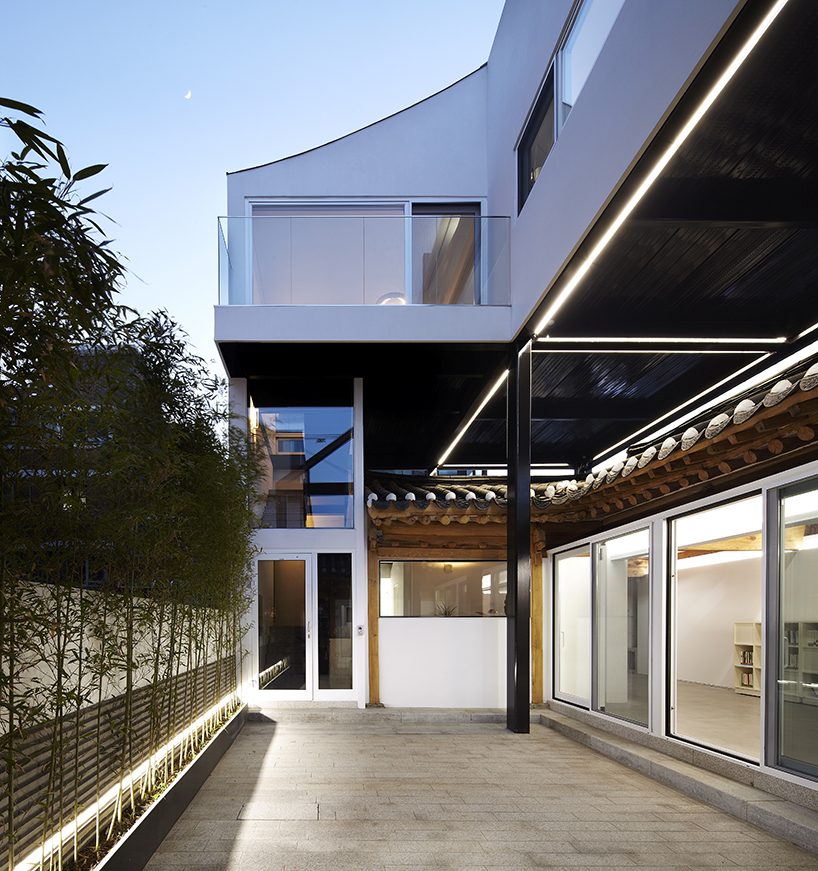 a patio was generated in front of the book cafe 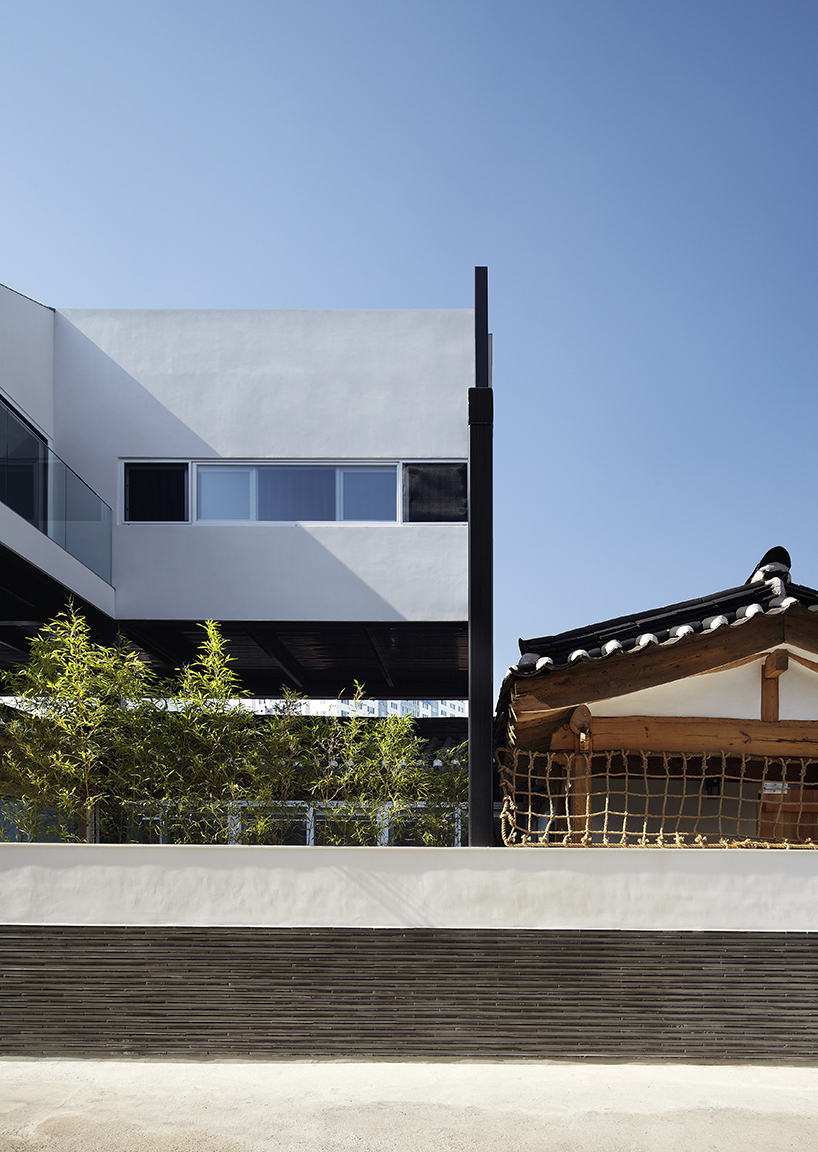 the extension building in contrast with the existing hanok 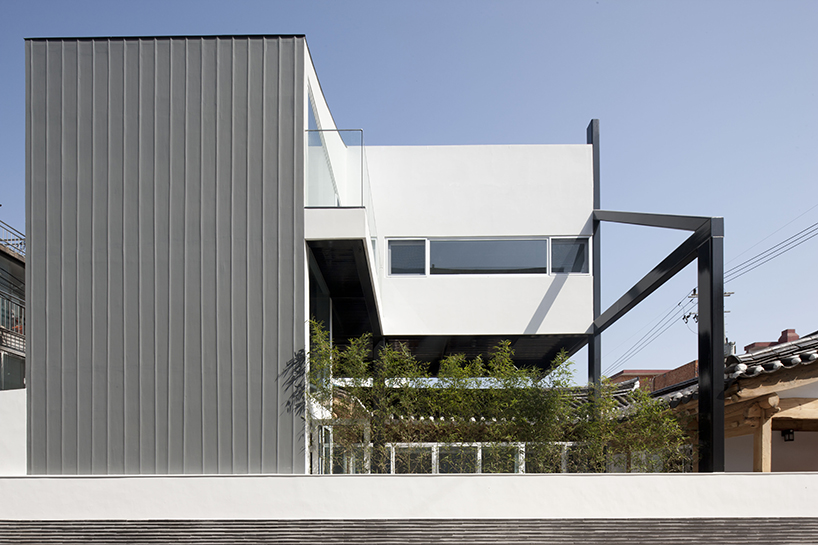 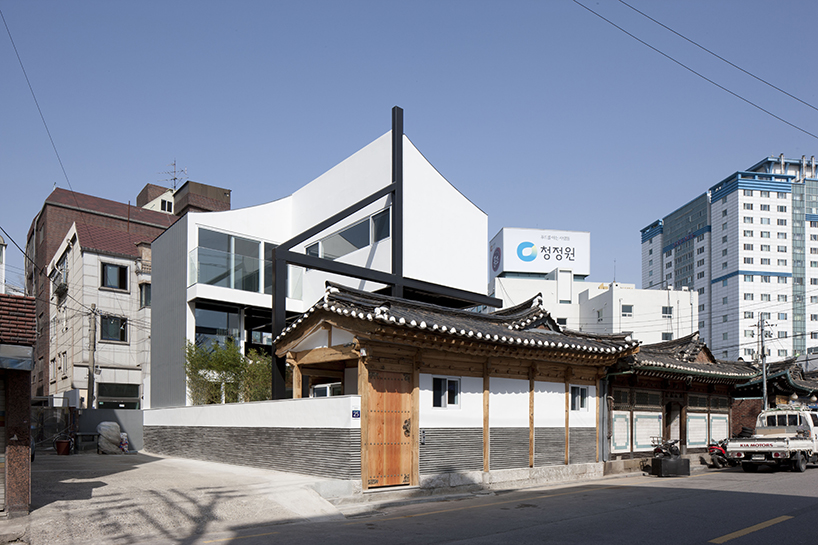 perspective view from the front road 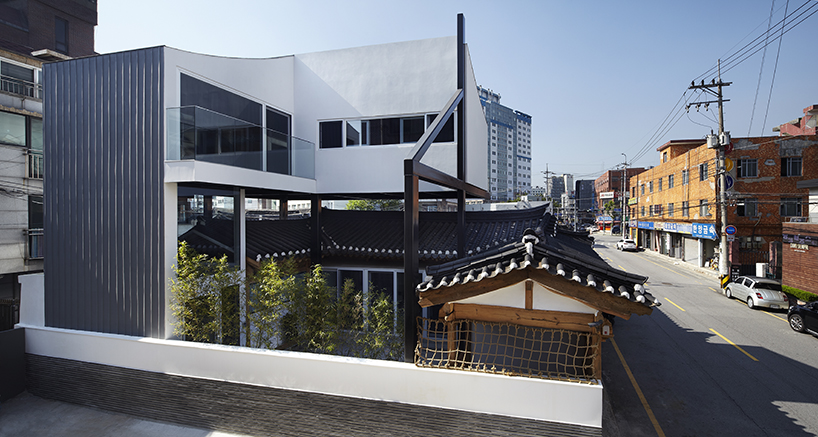 the empty space between the floating volume and the existing hanok 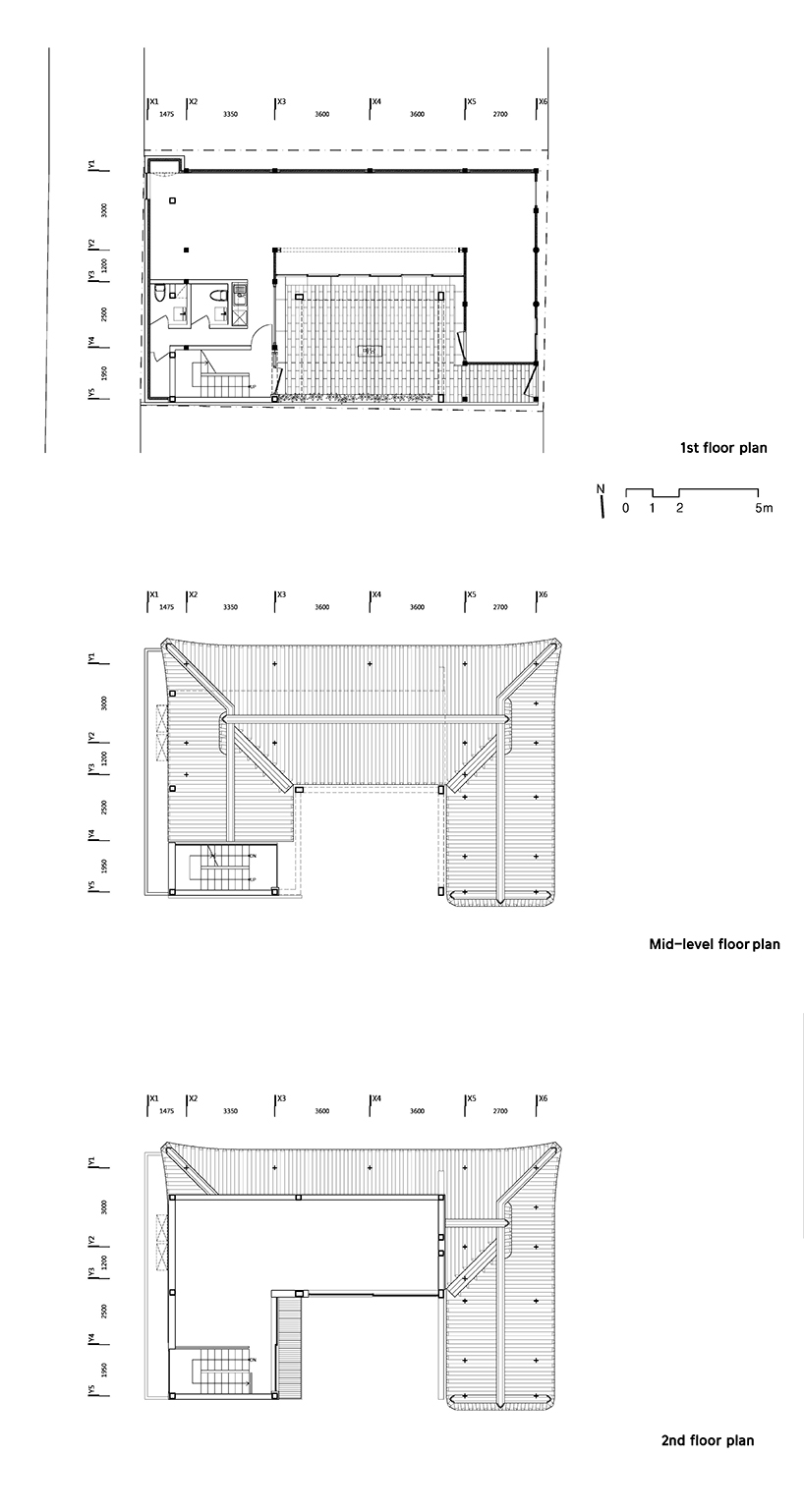 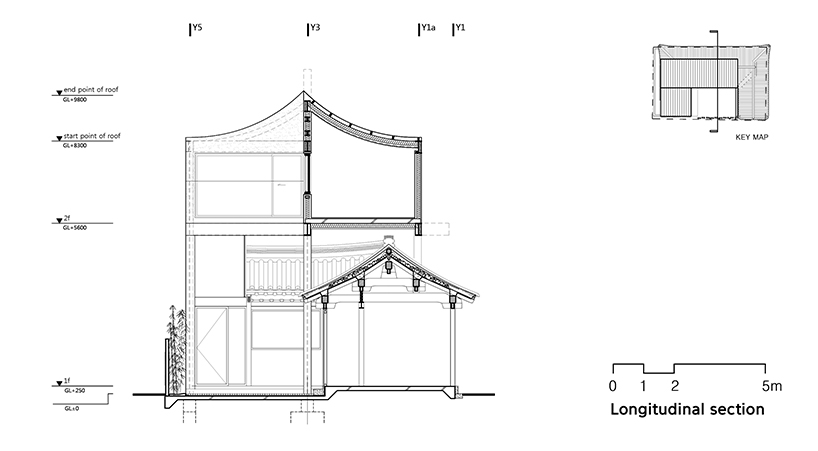 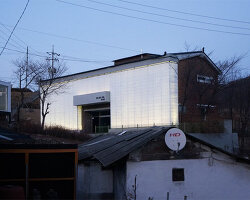 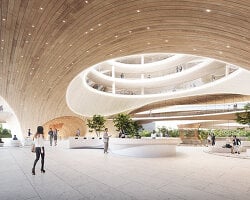 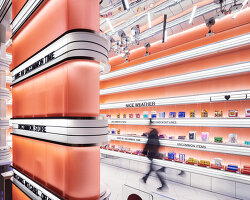