‘counterpart cities‘ an organization facilitating cooperative action in hong kong and shenzhen due to climate change, proposes solutions to the degradation of the environment and rising of sea levels in the region. project curators jonathan solomon and dorothy tang coordinated a team of designers comprised of stefan al, guochuan feng, vincci mak, doreen liu, tom verebes and xiongyi zhu in order to develop potential solutions for the great climate change occurring in the area. the six design teams which hail from both chinese cities, investigate the interdependent effect of these cities on the ecology of the pearl river delta.

the intention of the ‘counterpart cities’ project workshop was to both provide a platform to begin productive dialogue surrounding climate change and to consider innovative alternatives to current infrastructure. due to human influence three distinct systems to the pearl river delta have become threatened: freshwater networks, port infrastructure, and shoreline ecologies. what makes these three systems of interest to a collaborative effort is due to their effect on the interconnected ecosystem of shenzhen and hong kong. the conversation between the design teams of both cities continue to question existing infrastructure in order to combat the rising sea-level and regional flooding.

‘counterpart cities’ exhibition was presented at the shenzhen hong kong bi-city biennale of architecture and urbanism. 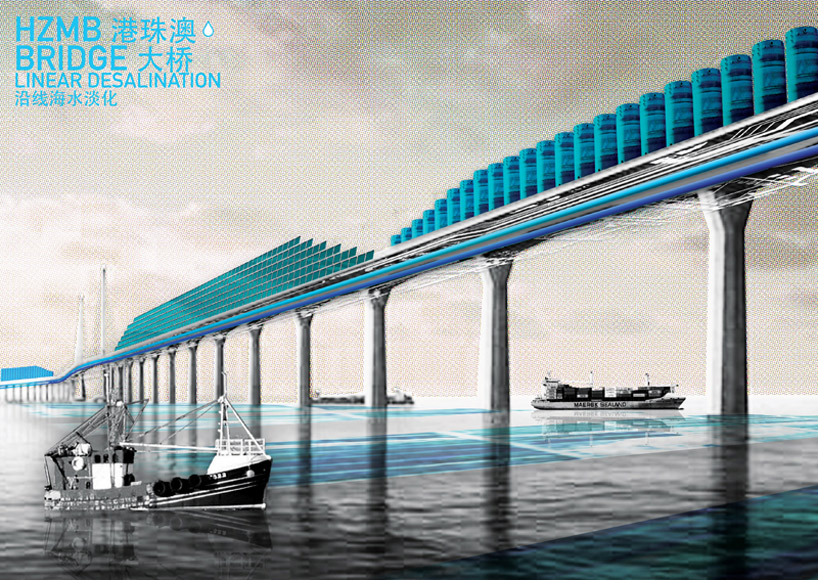 digital rendering of a decentralized freshwater collection and storage system which uses existing infrastructure to create a new network of resource sharing. © stefan al, courtesy of the university of hong kong 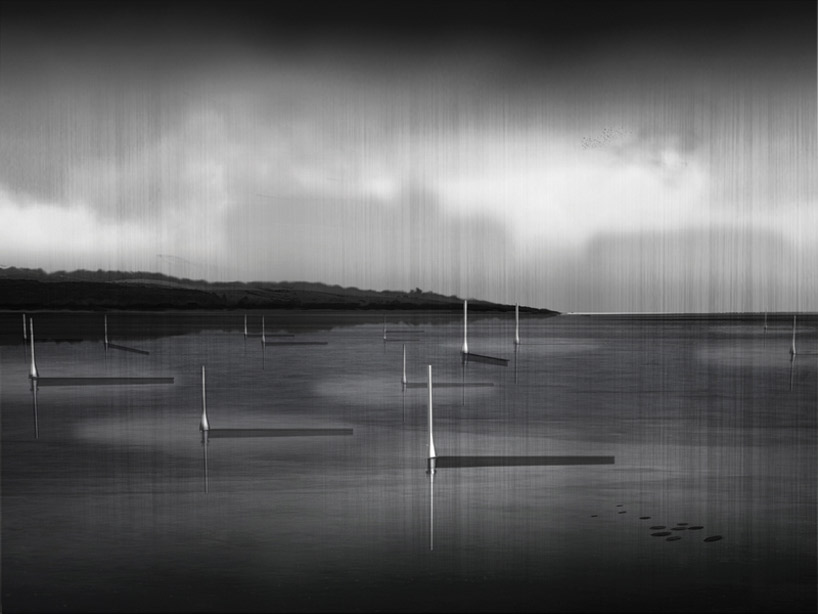 water currents and sedimentation patterns of the deep bay are altered by large-scale inhabitable infrastructure, raising awareness of both natural sea level rise and human engineering of the territory. © vincci mak, courtesy of the university of hong kong 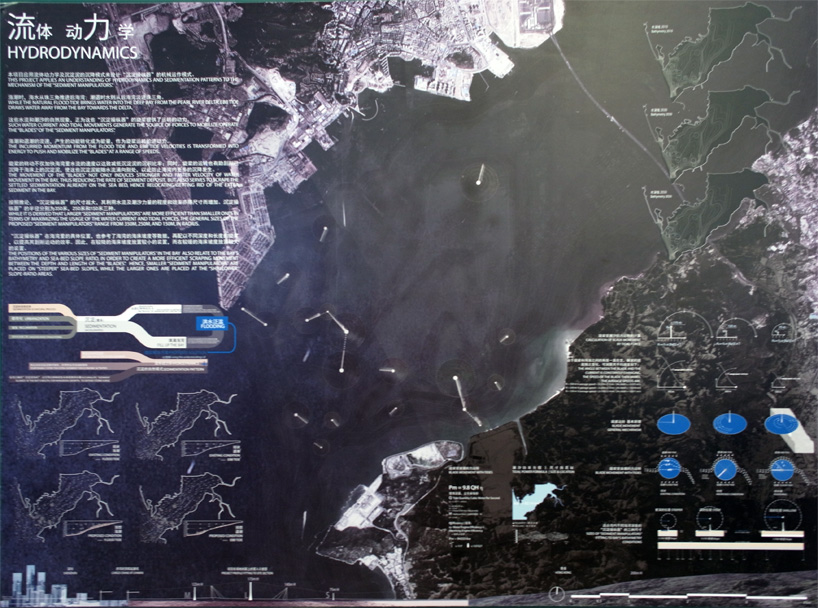 visuals at the installation juxtaposes maps, scientific data, graphs, and other information © dorothy tang and jonathan solomon, courtesy of the university of hong kong; photo © designboom 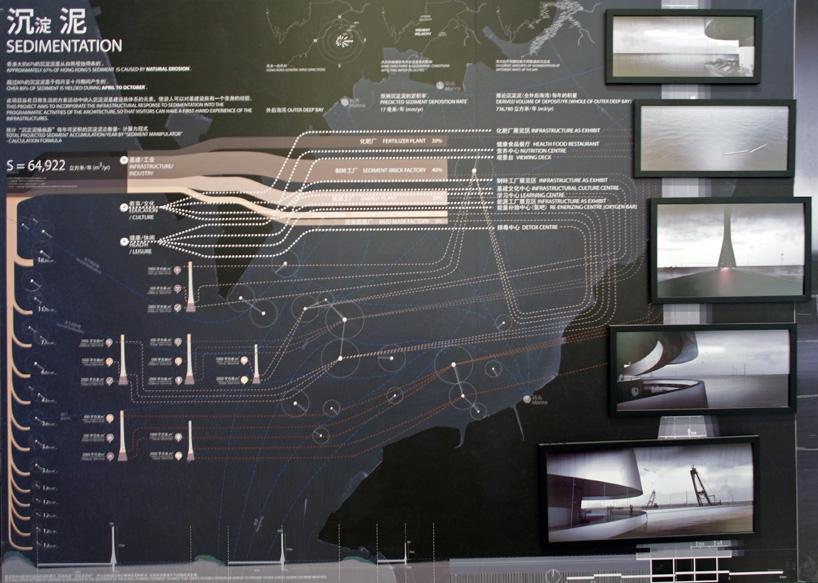 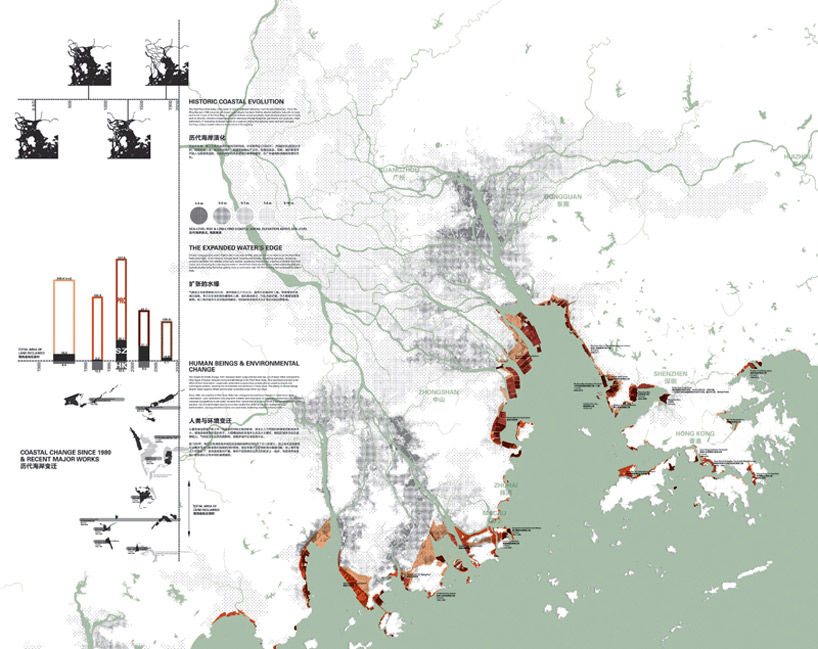 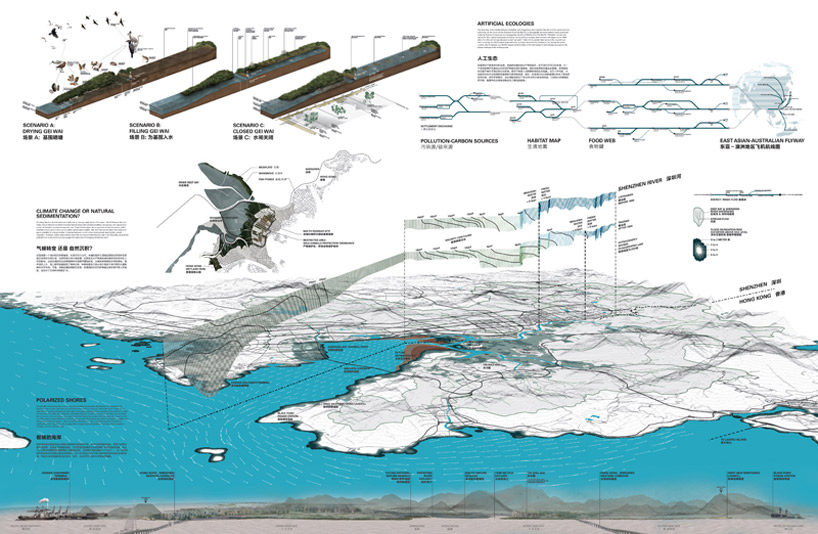 the deep bay delineates the border between hong kong and shenzhen.  its ecological value relies on aquaculture practices and human waste, yet is threatened by increased urbanization in its watershed. © dorothy tang & jonathan solomon, courtesy of the university of hong kong 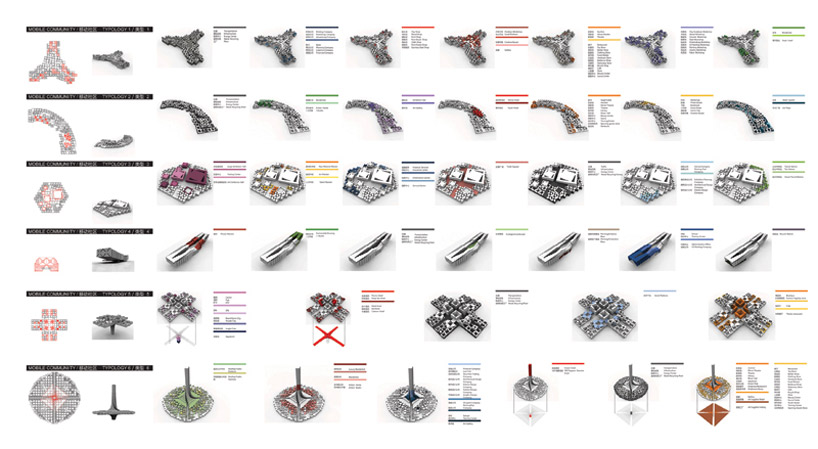 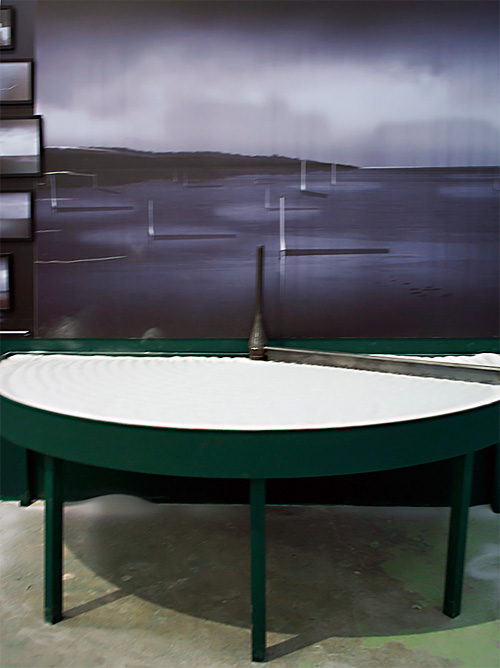