greek practice couvelas architects has recently shared with us on of their residential projects, the ‘house of the winds’, located atop a high cliff on the island of santorini. the structure itself is built in the local hyposkapha tradition, dugout houses made from the earth iconic to the island. the gently tapering walls thrust into the sky providing unobstructed views of the akrotiri settlement below and the caldera to the north. strong windshave informed much of the design, placing the majority of the mass to the north made up of solid surfaced and funnel-like shapes to deflect the wind from the exterior portion of the home that connects to a semi-detached kitchen. the thick exterior envelope allows openings to be fashioned in an abstracted ronchamp-esque style that further emphasizes the seemingly carved  forms from the pointed rocky terrain. a stout structure, the architecture continues the vernacular aesthetic in the modern age, slowly allowing time to show the true weathering of the material as much of the buildings on the island. 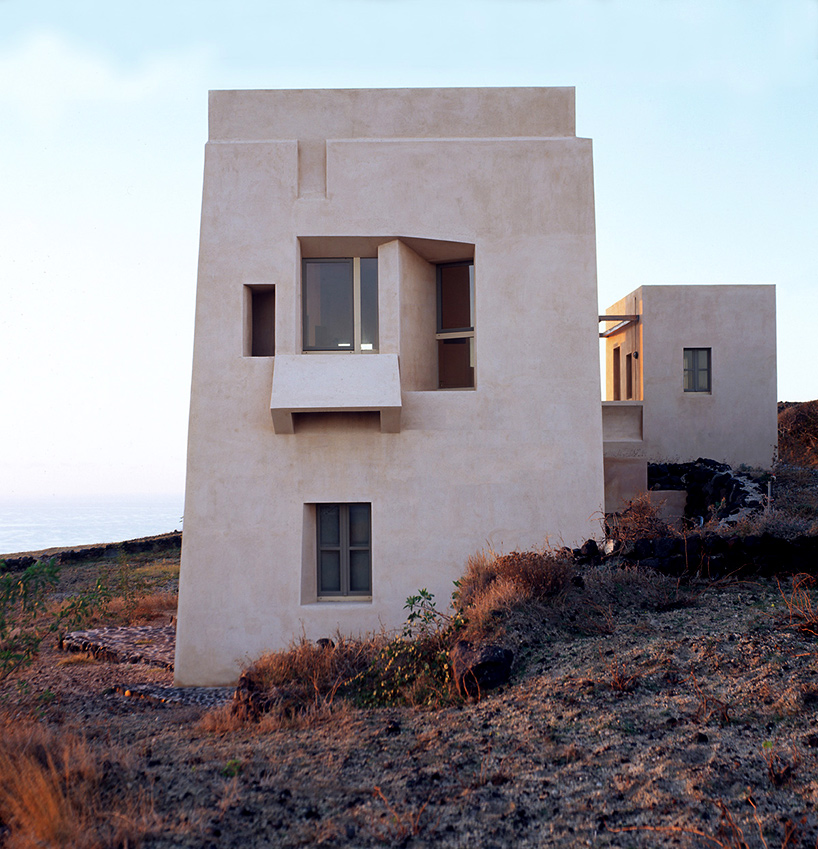 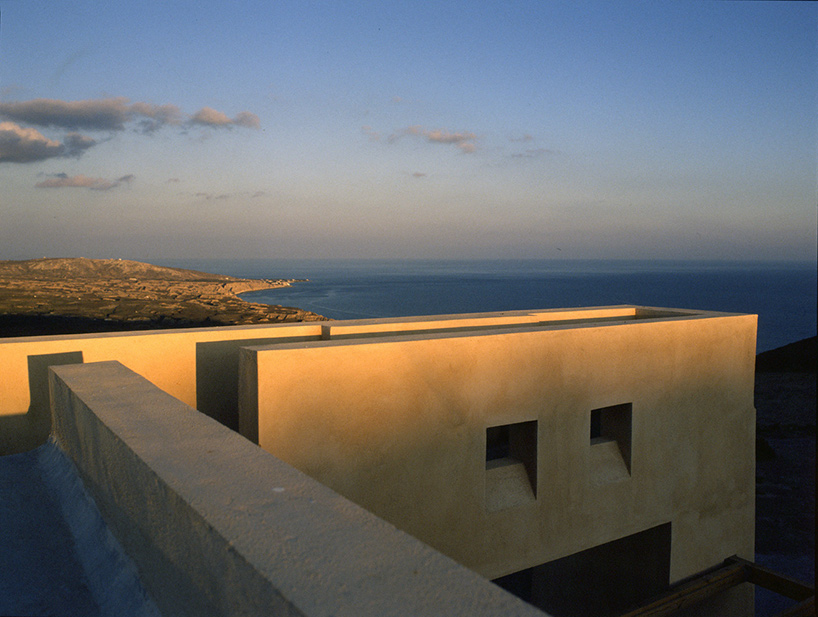 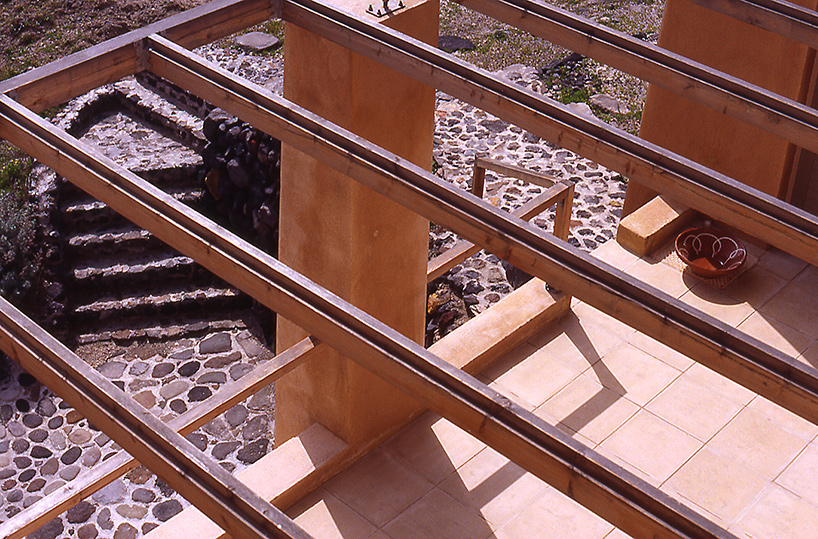 view from above the wooden pergola
image © agnes couvelas 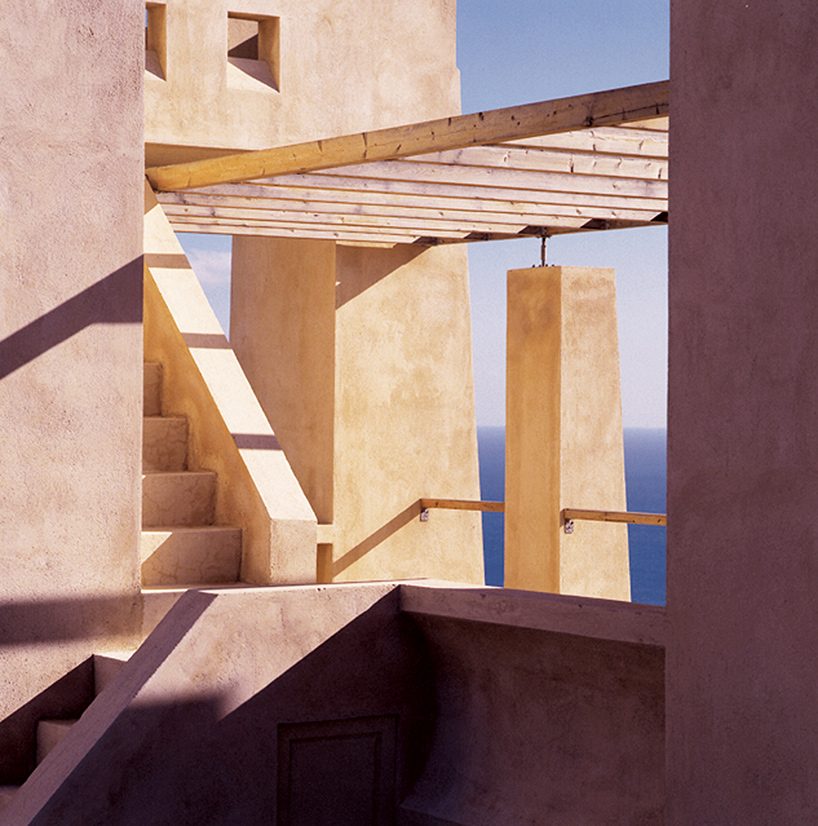 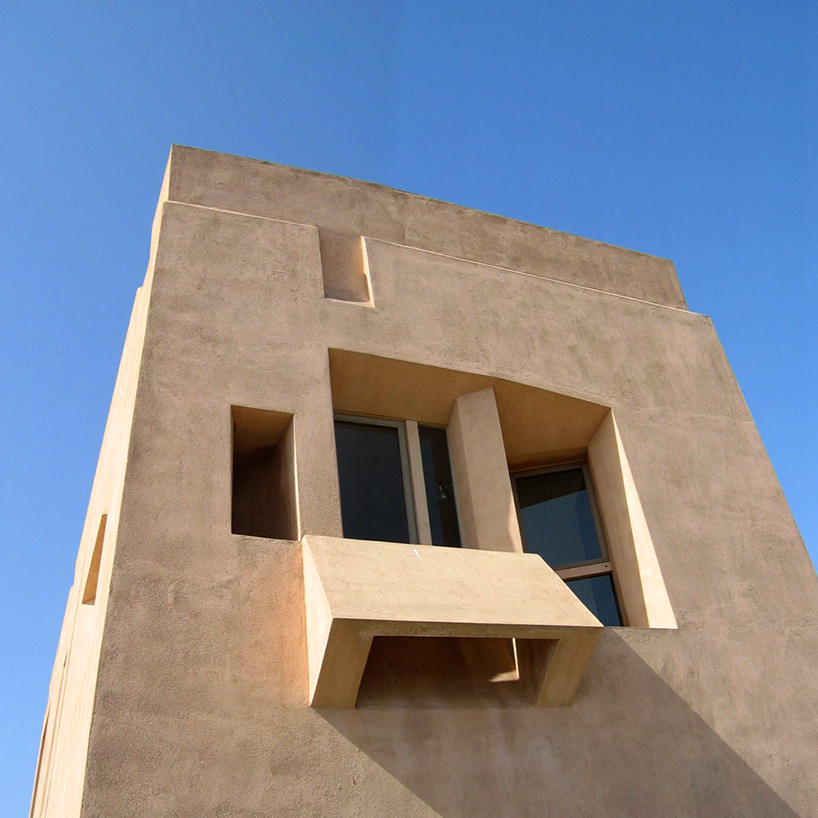 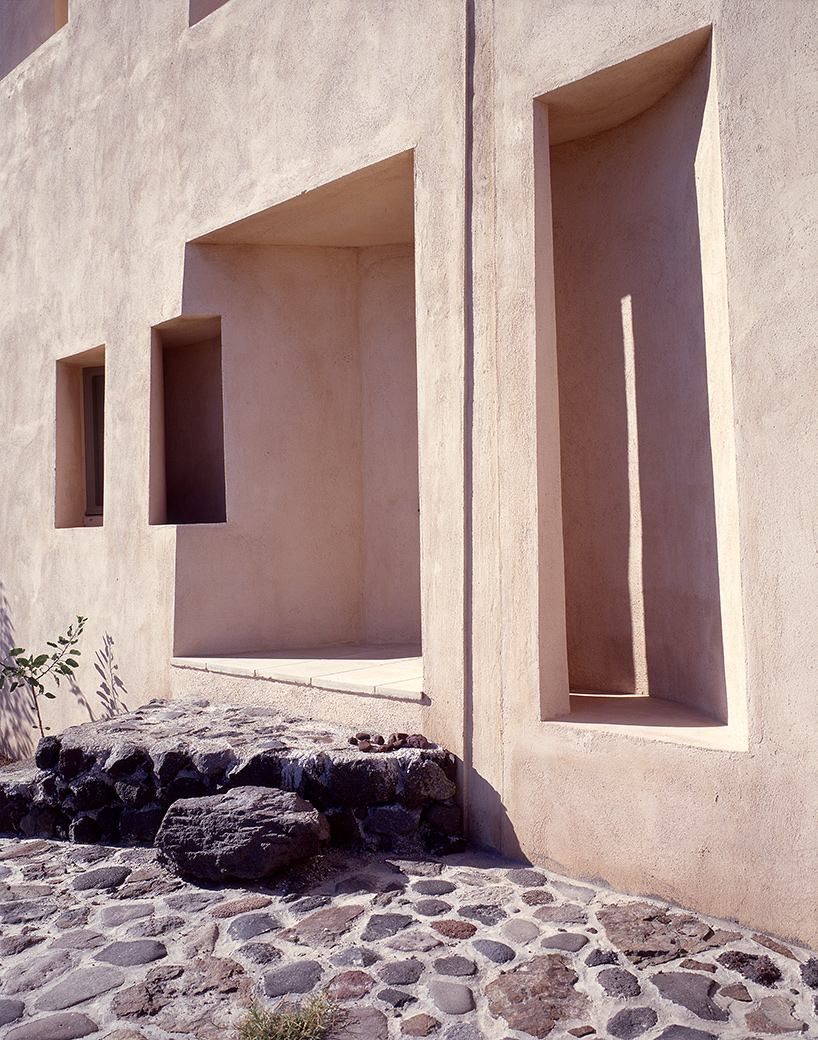 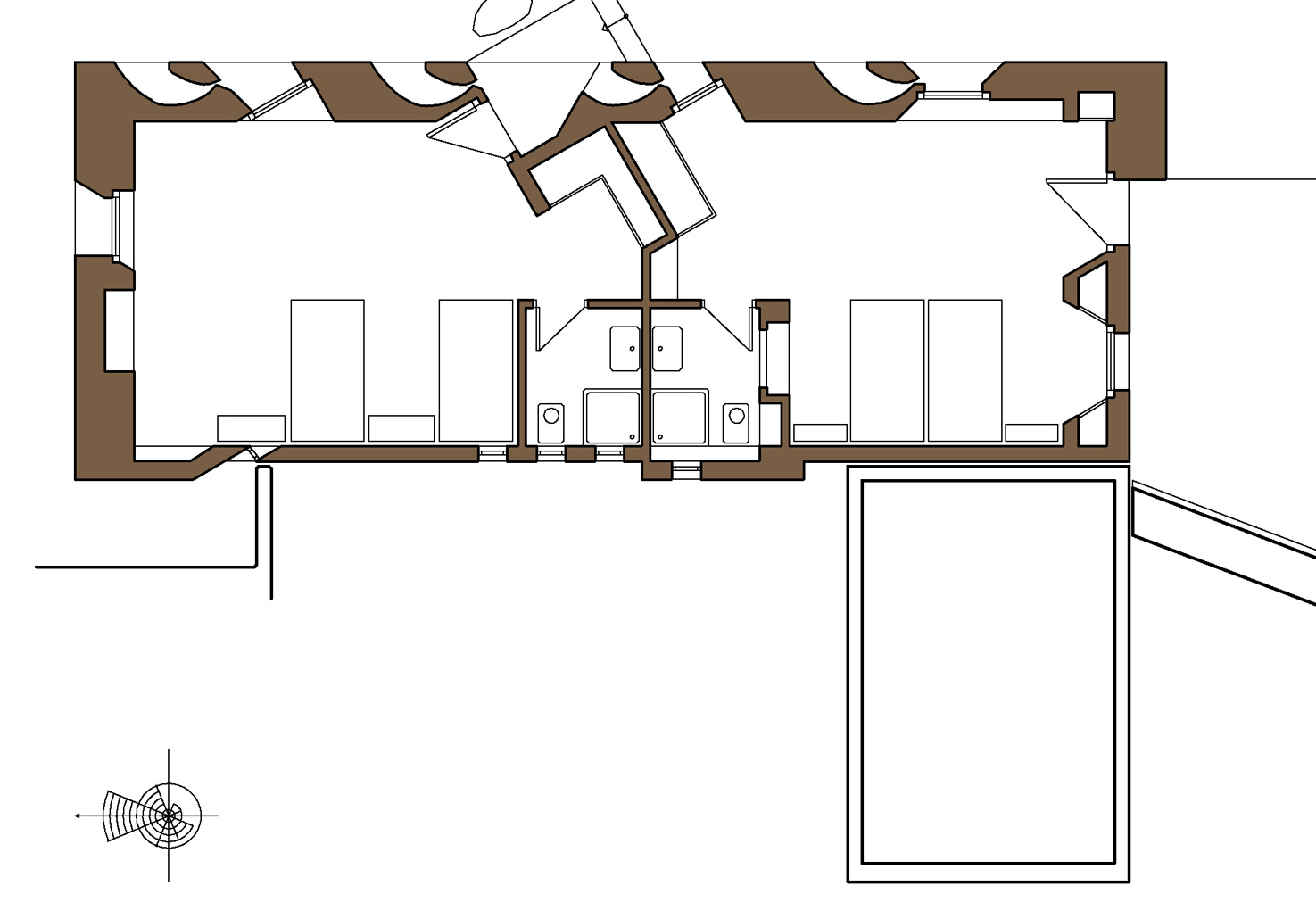 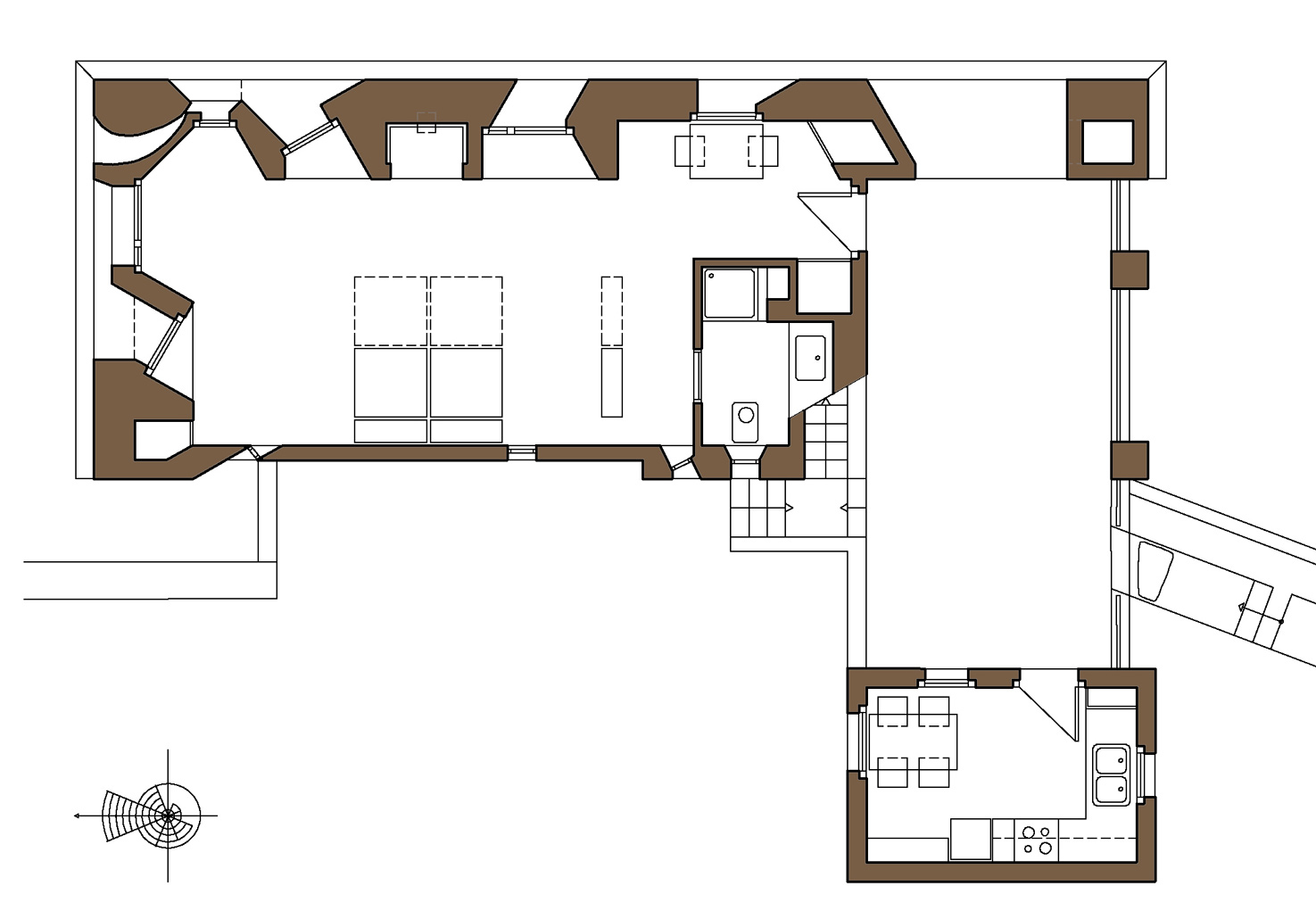 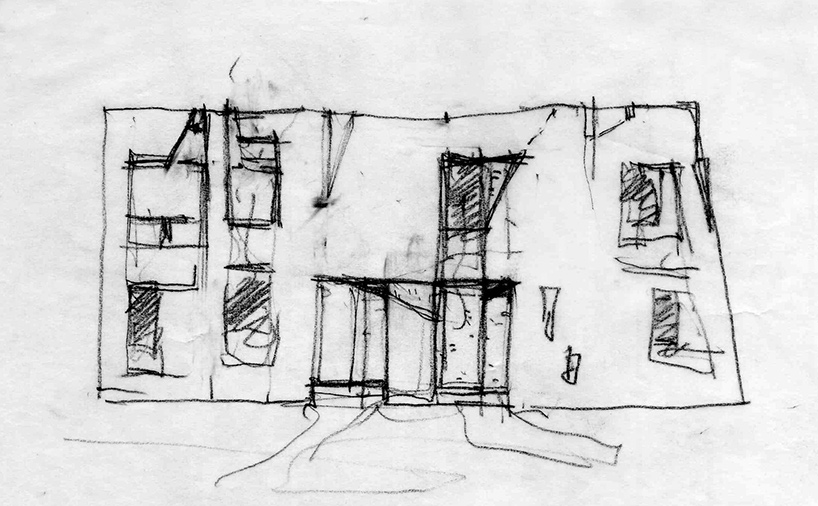