chilean architect cristián berríos has completed a narrow concrete office building, located on the outskirts of concepción’s city center. named ‘STV building’, the structure has been built on a hillside next to a public park that runs perpendicular with the street. 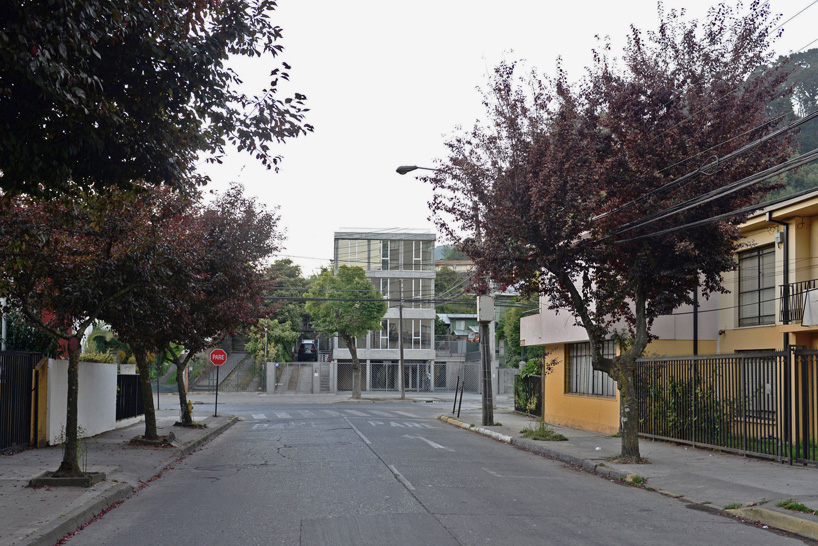 neighboring houses are placed above sidewalk level, in a balcony-like projection, leaving grass fields at near-shoulder height. the aim of the project was to restore the natural plinth, and repurpose it as a gap to increase the width of the pedestrian footpath, keeping the building and the houses aligned. 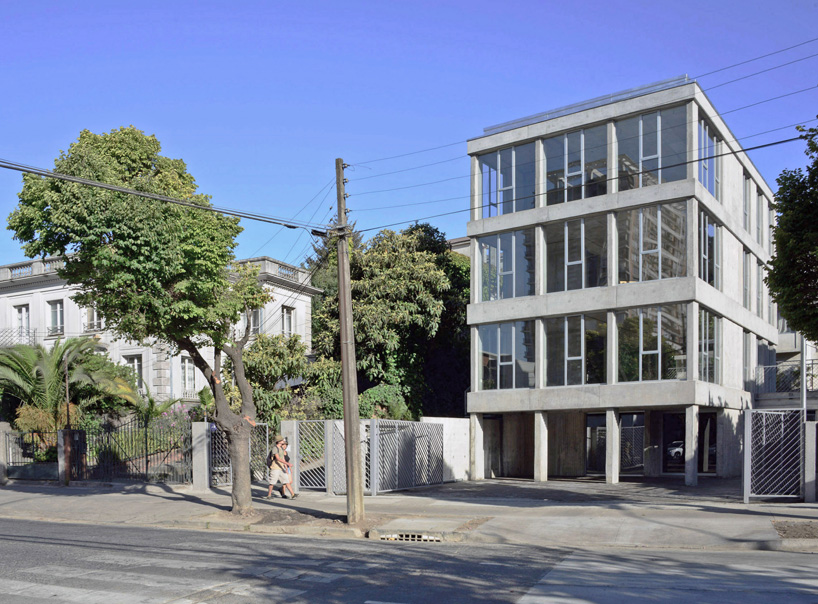 ‘each mark of the casting process of the building is interesting for us as a register of its construction‘, explain the architects. ‘we accepted, from the beginning, the possible imperfections as a contribution, not a mistake. to attain the building’s visual consistency, we added carefully studied proportional relations not only between each part of the building, but also as a whole, in an attempt to merge the structural and spatial criteria.’ 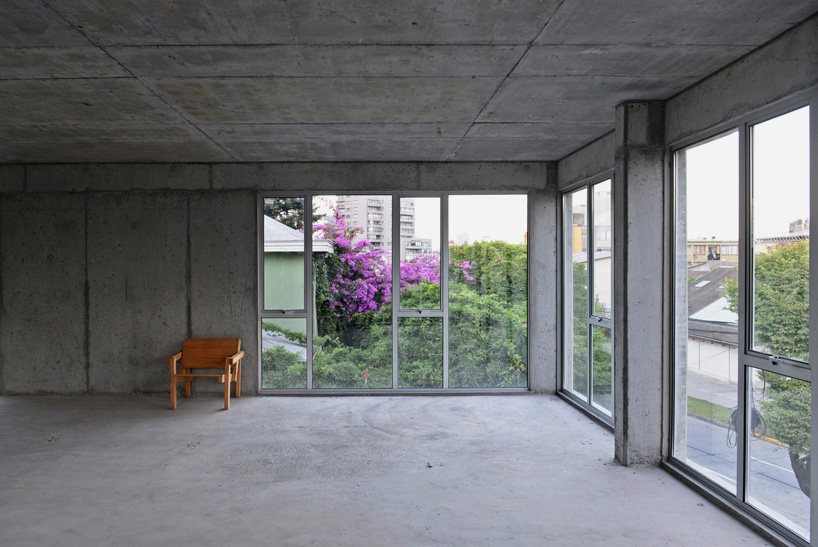 exposed concrete finishes are continued inside the building

the building is formed monolithically with exposed concrete finishes, alternating with smooth molding for the horizontal elements. the scale of the scheme tries to set a precedent against current local legislation, which prioritizes the excessive construction of high-rise buildings over a narrow urban layout – which the architects feel is not compatible with long term property speculation. 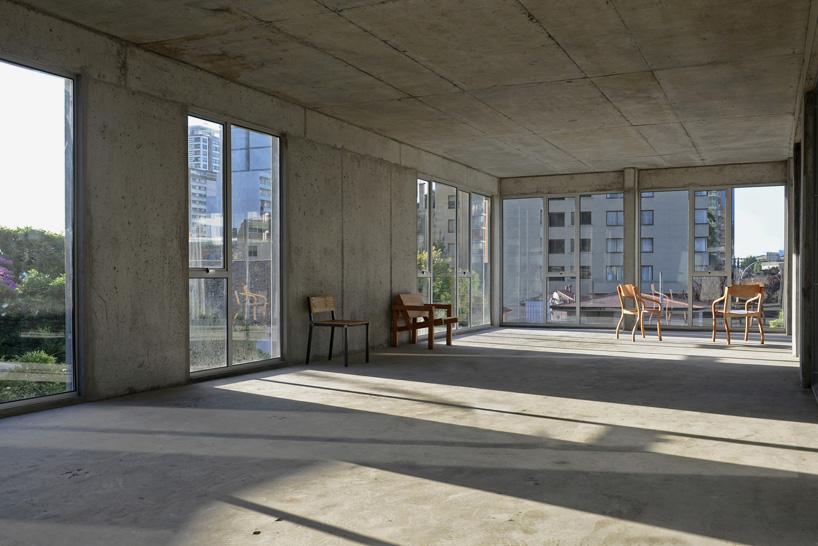 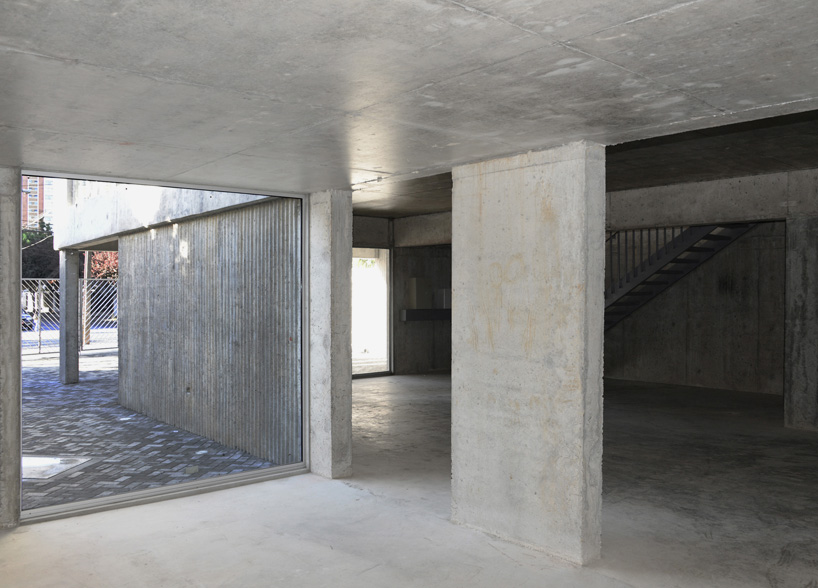 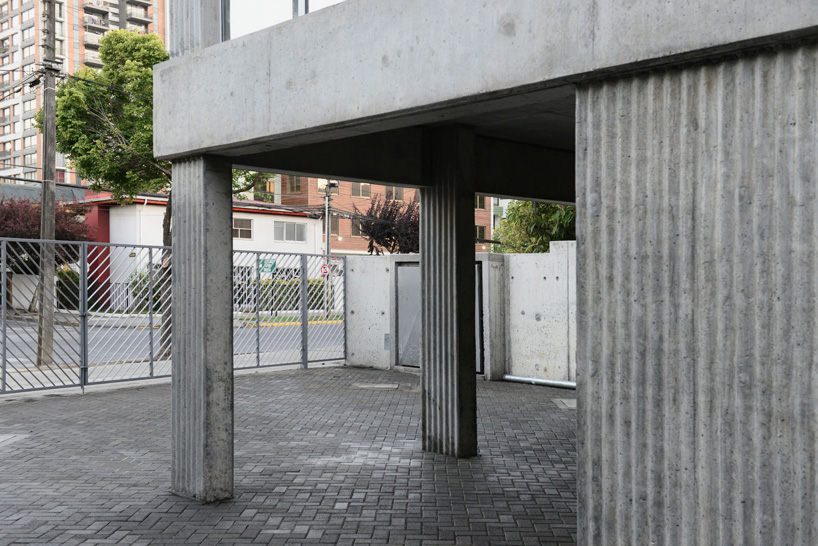 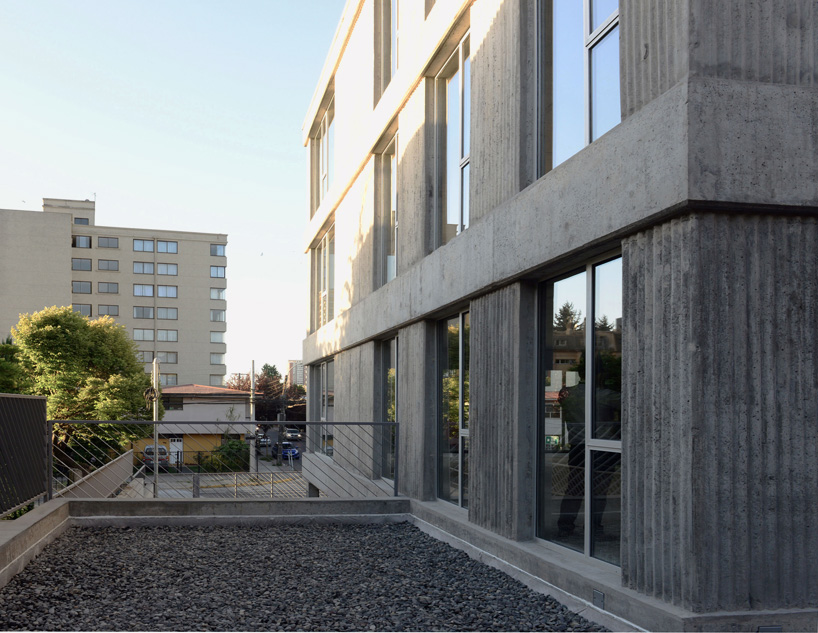 looking towards the street from the rear of the building 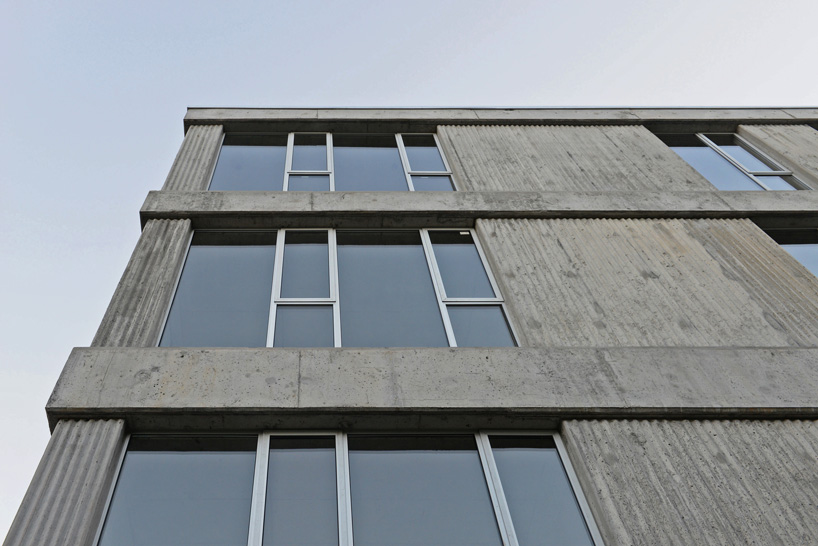 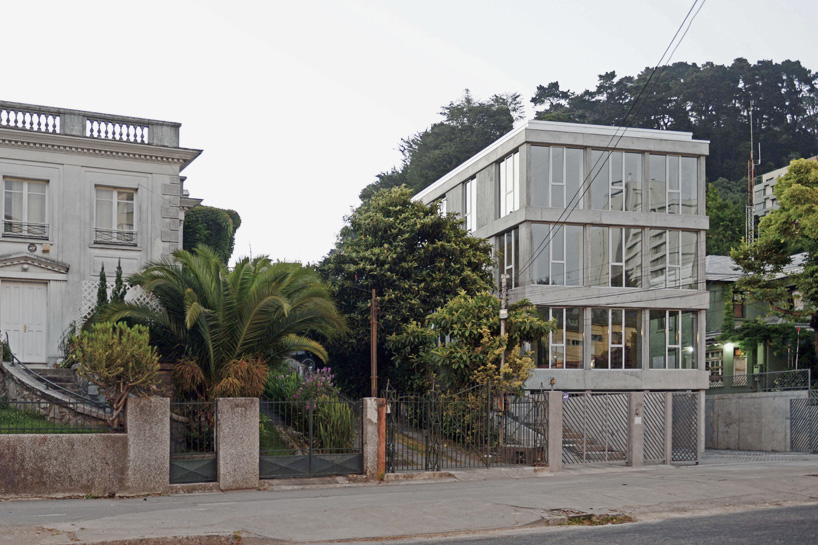 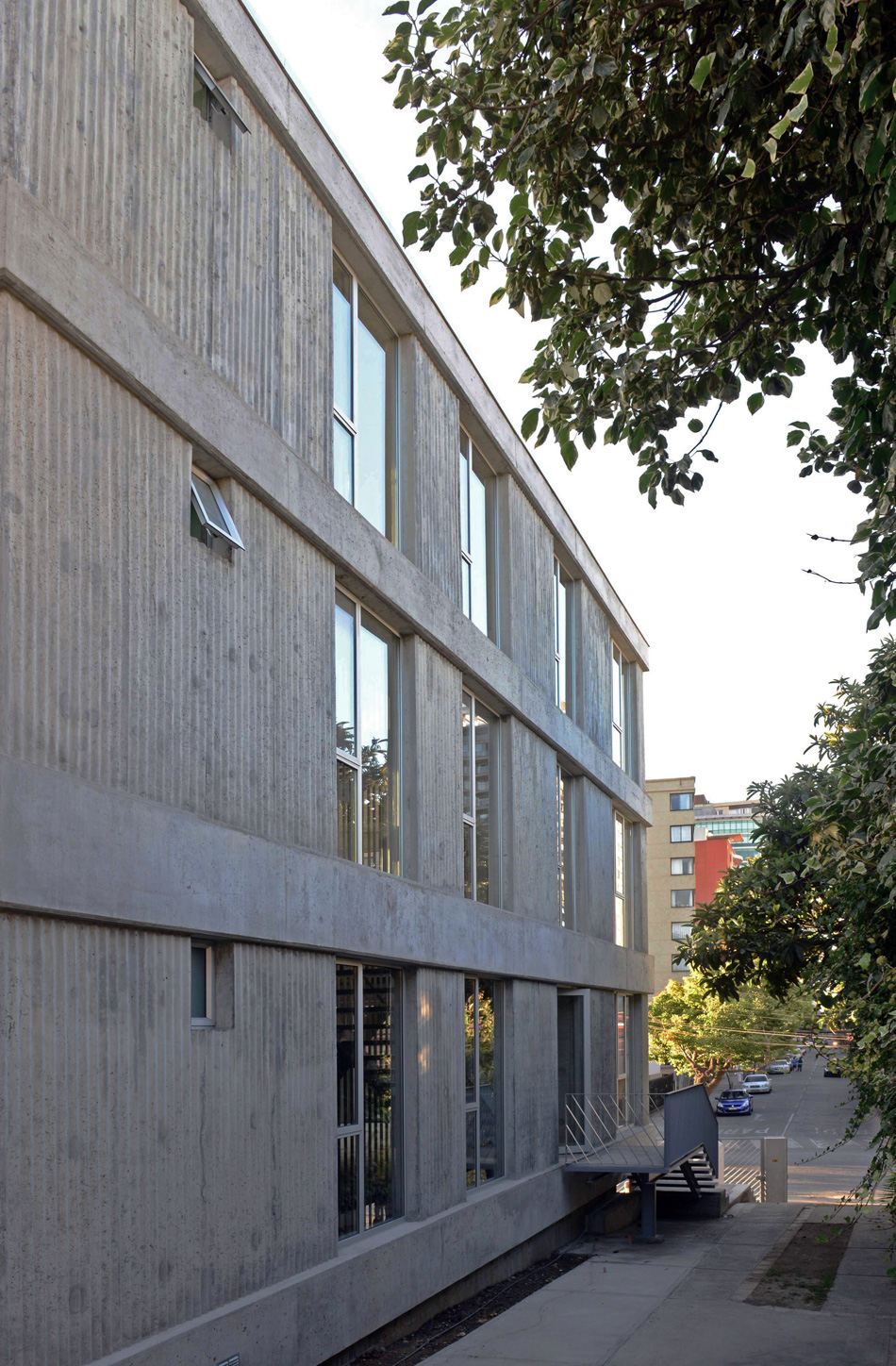 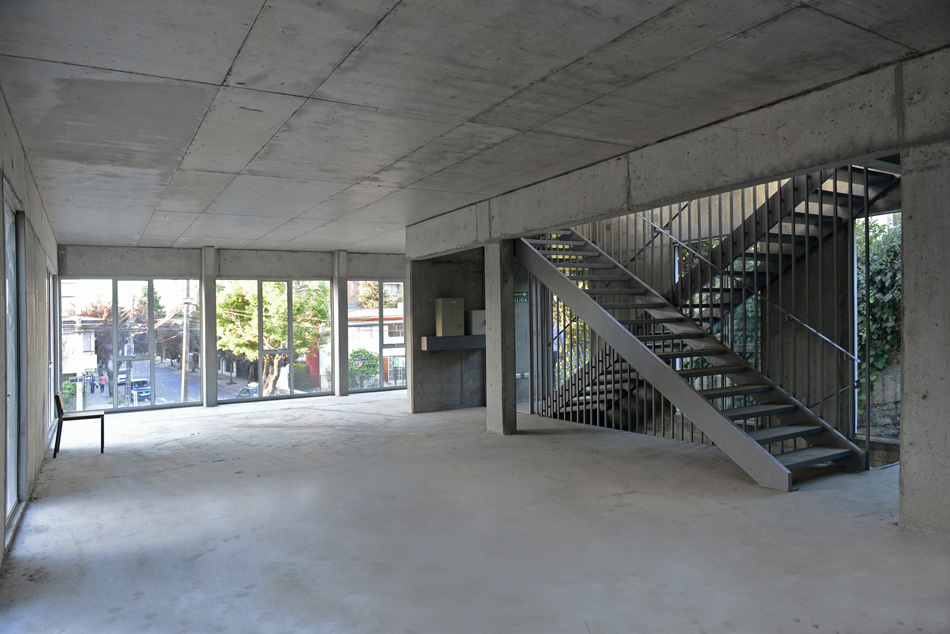 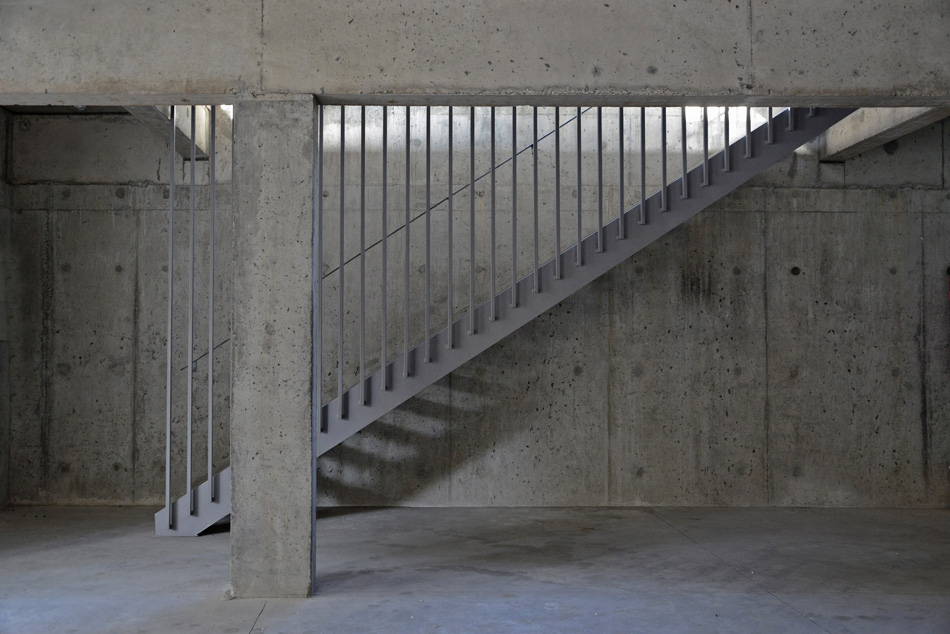 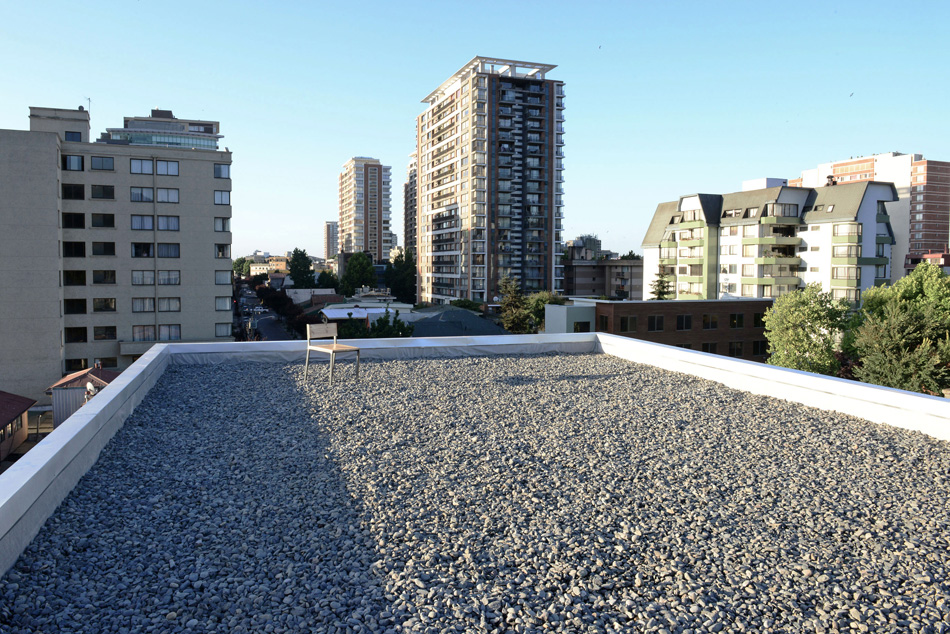 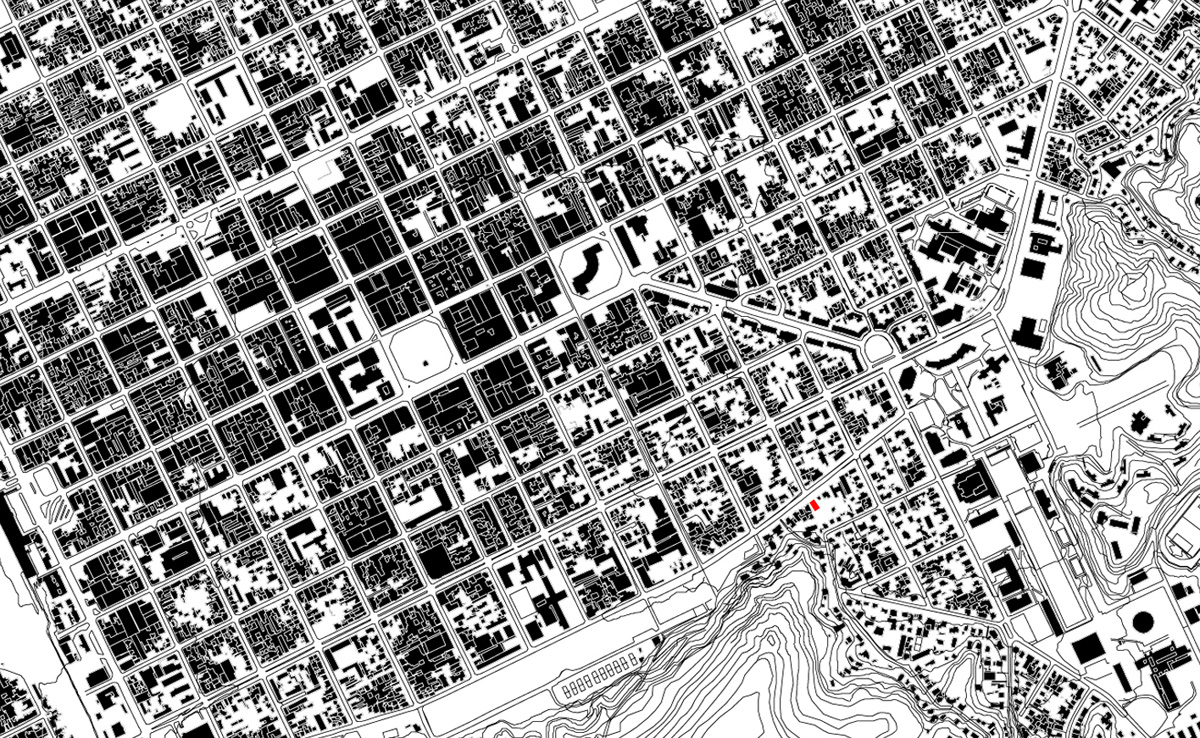 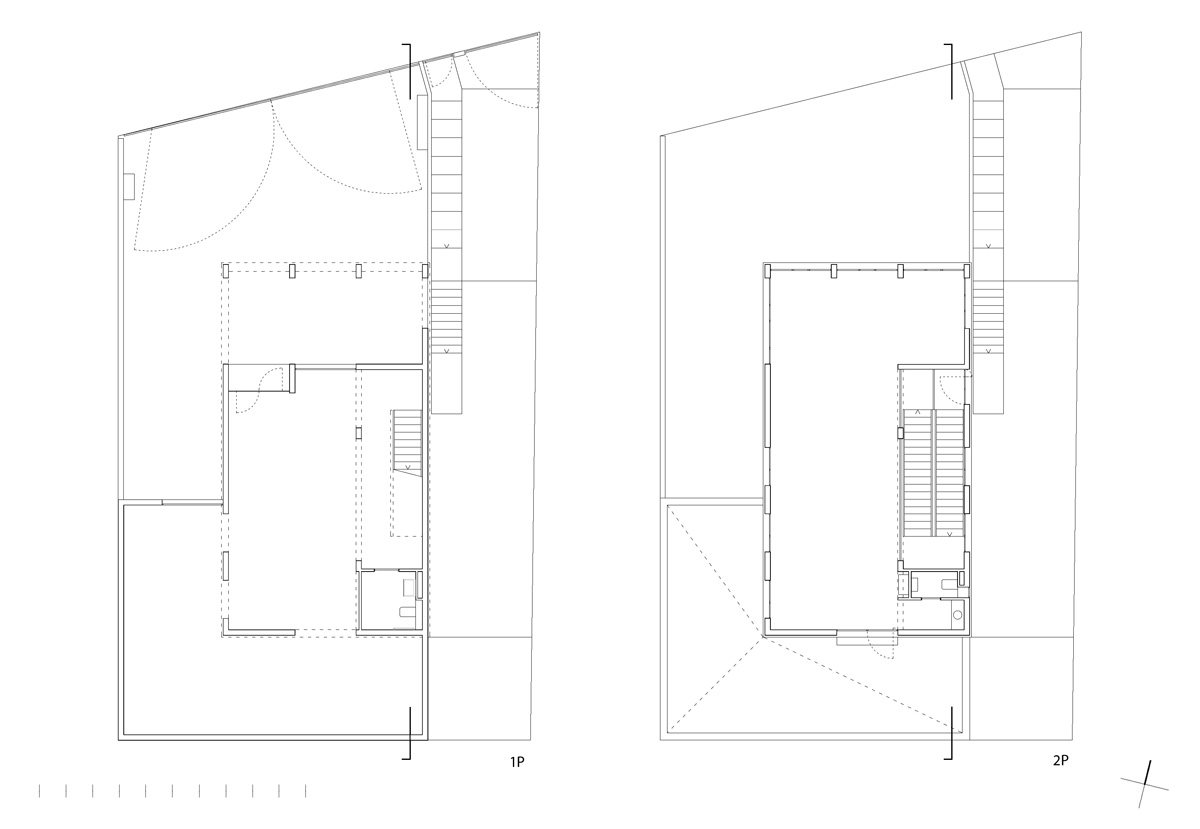 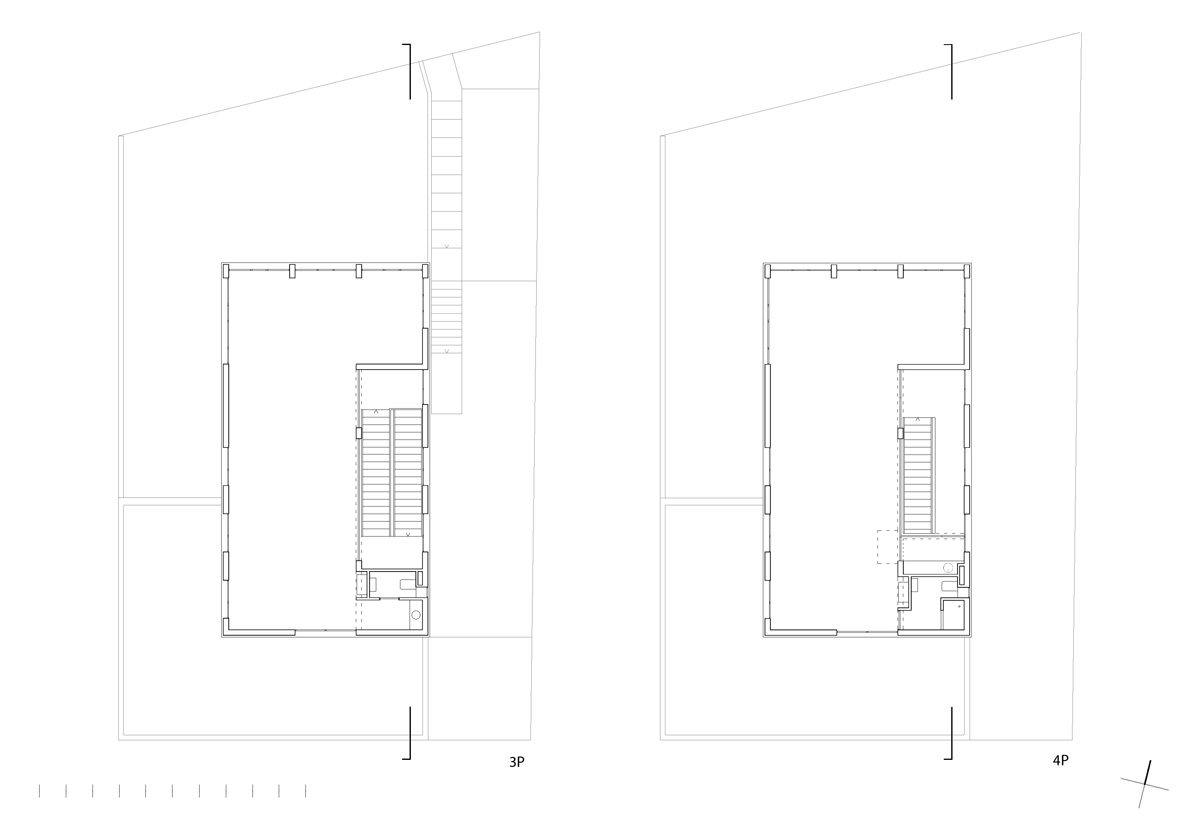 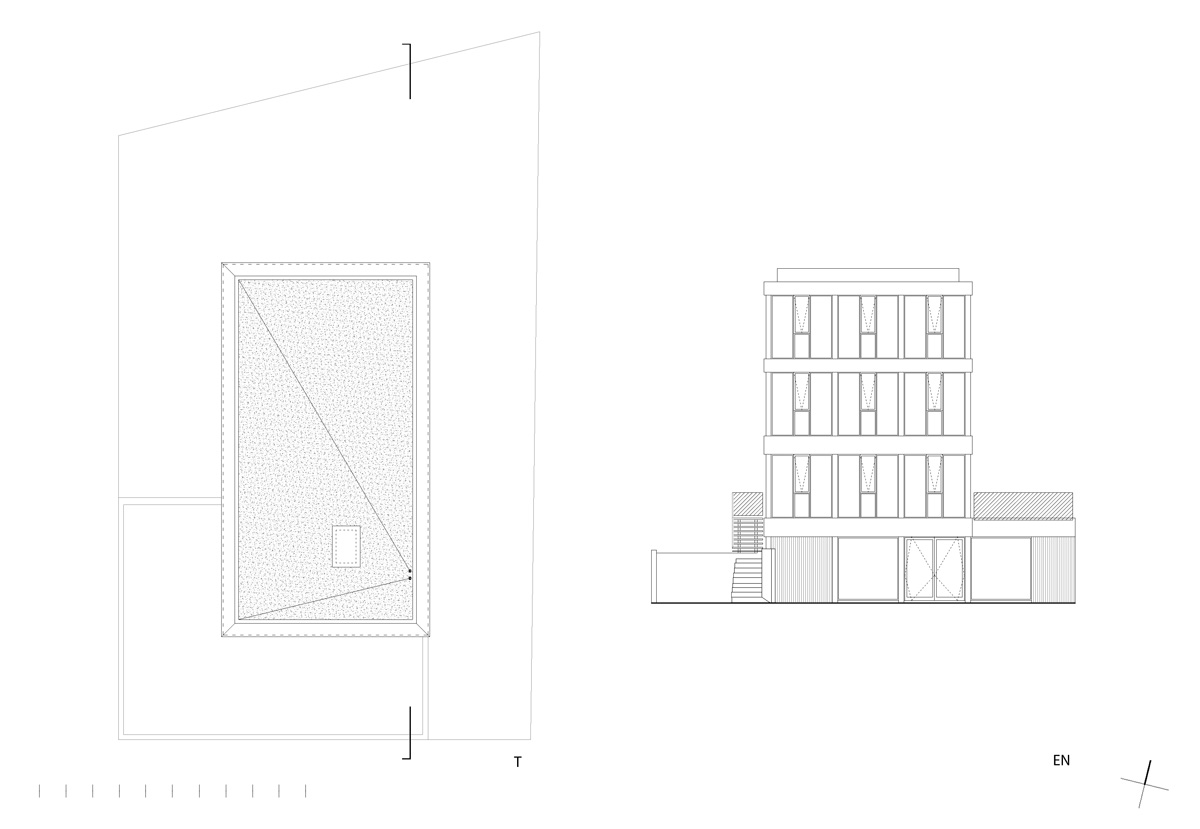 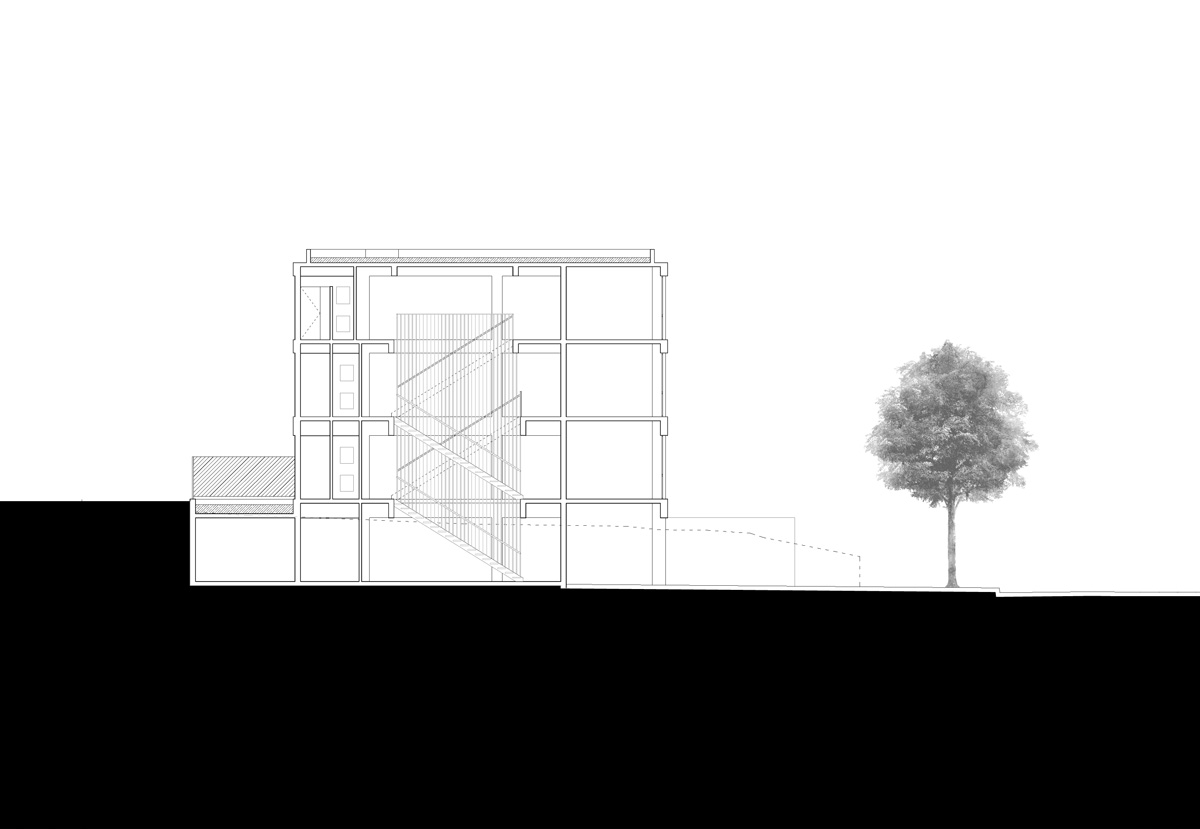 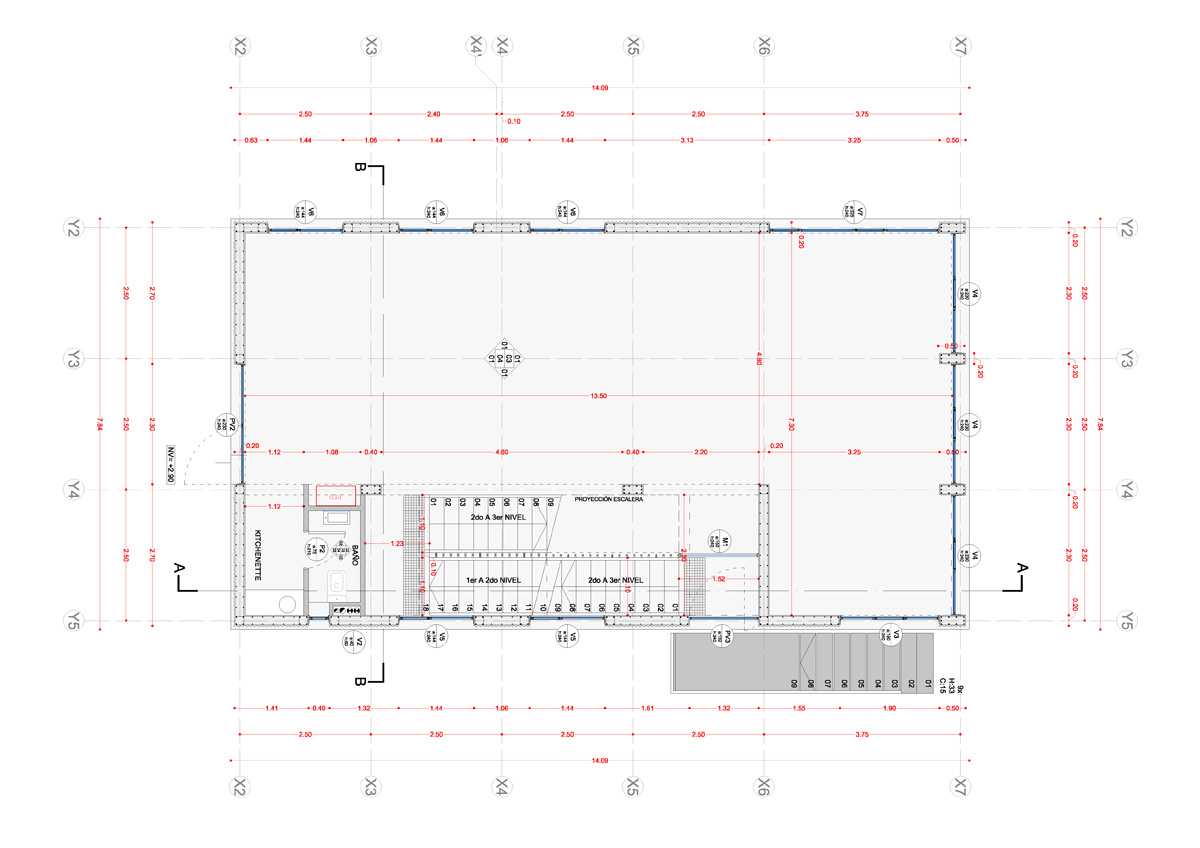 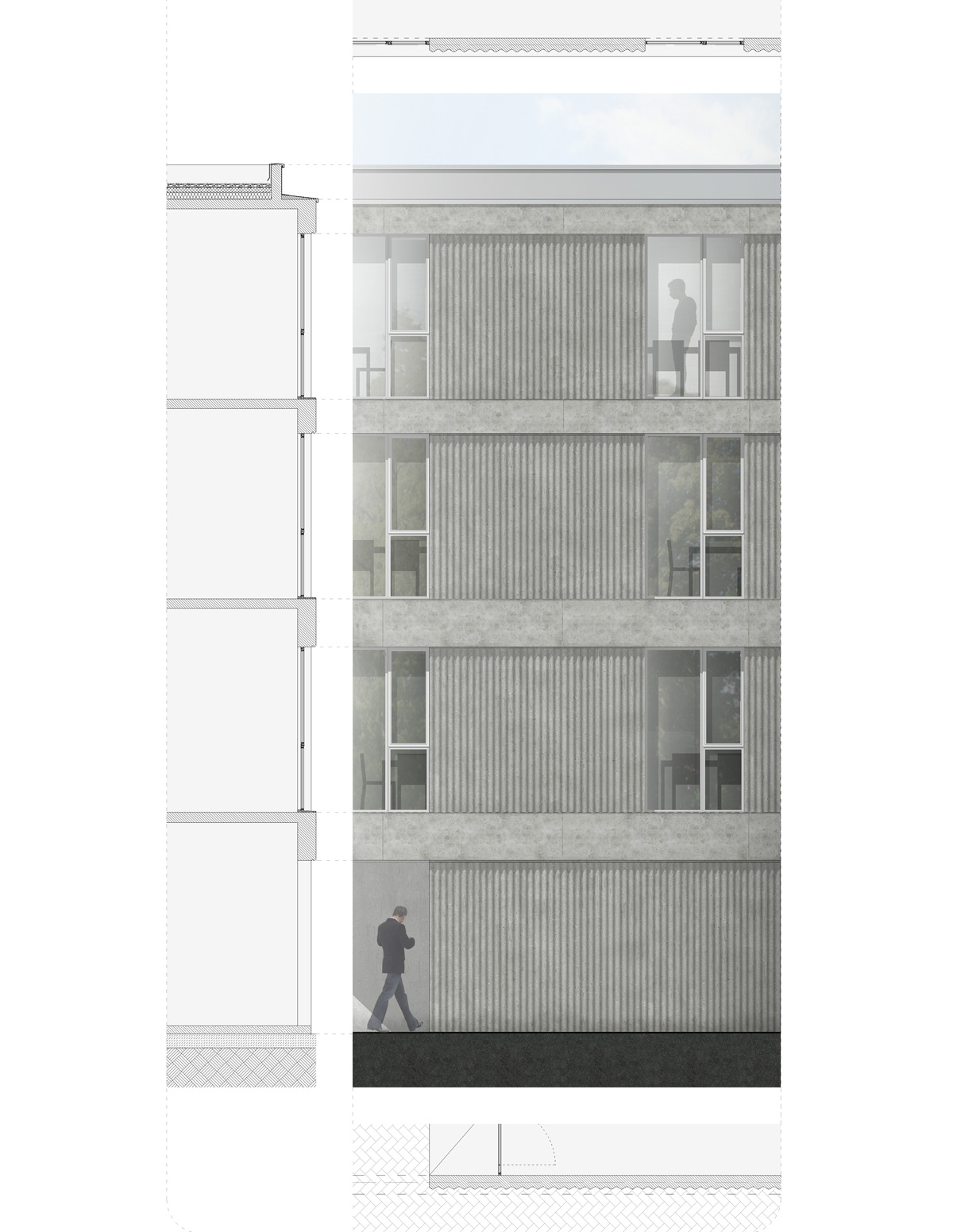 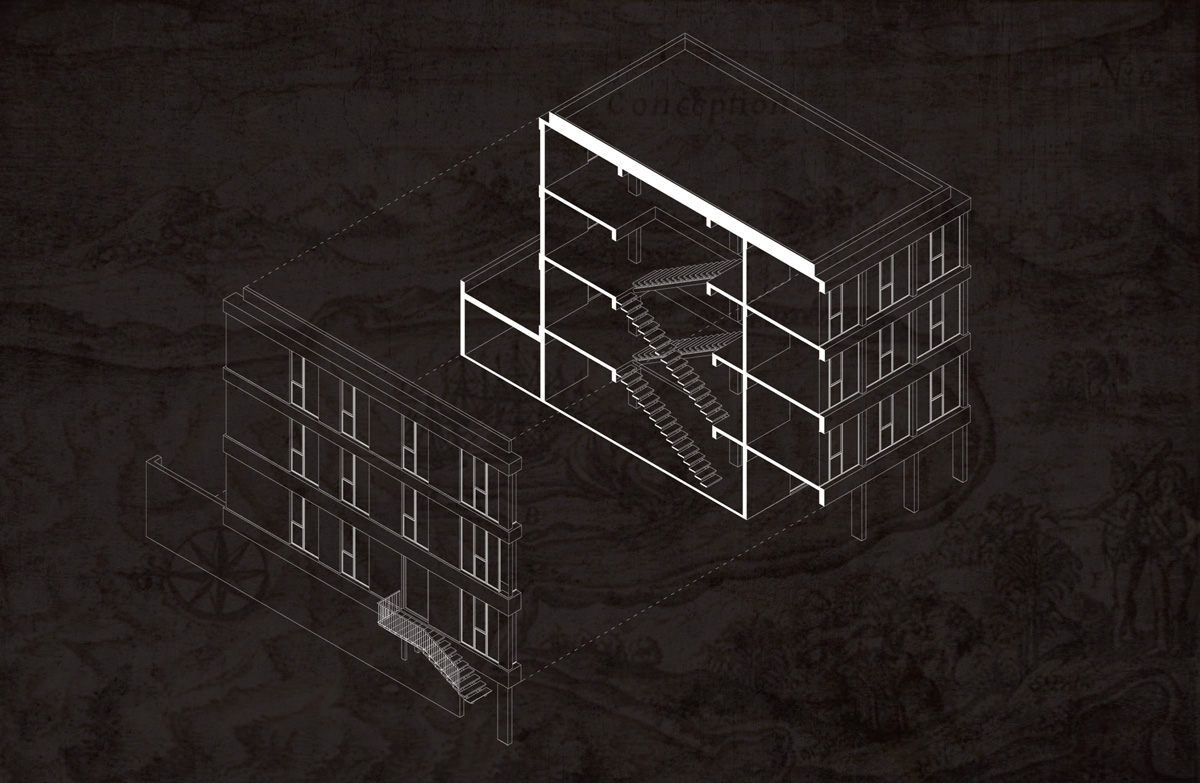 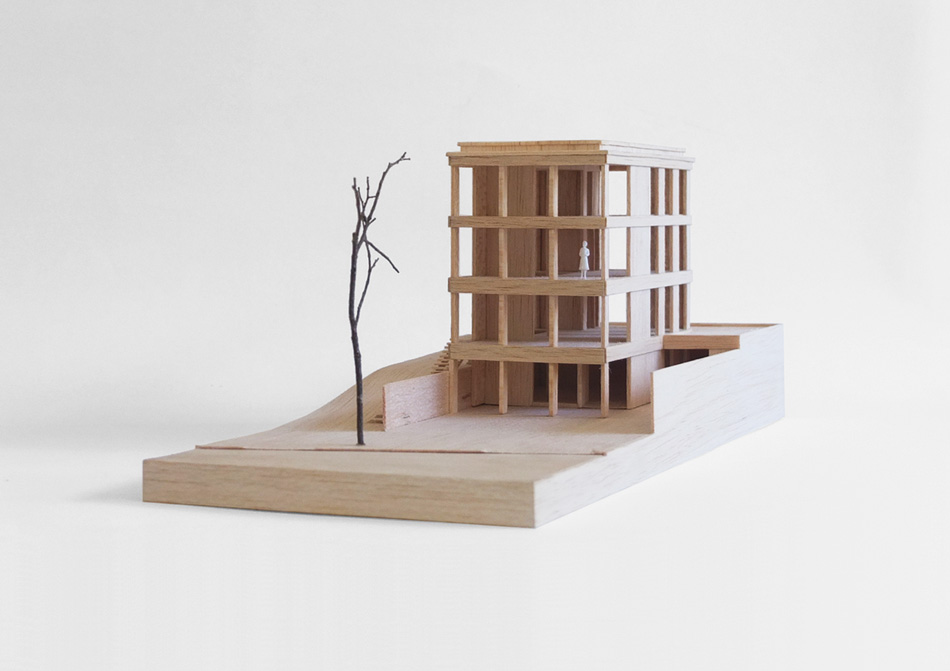 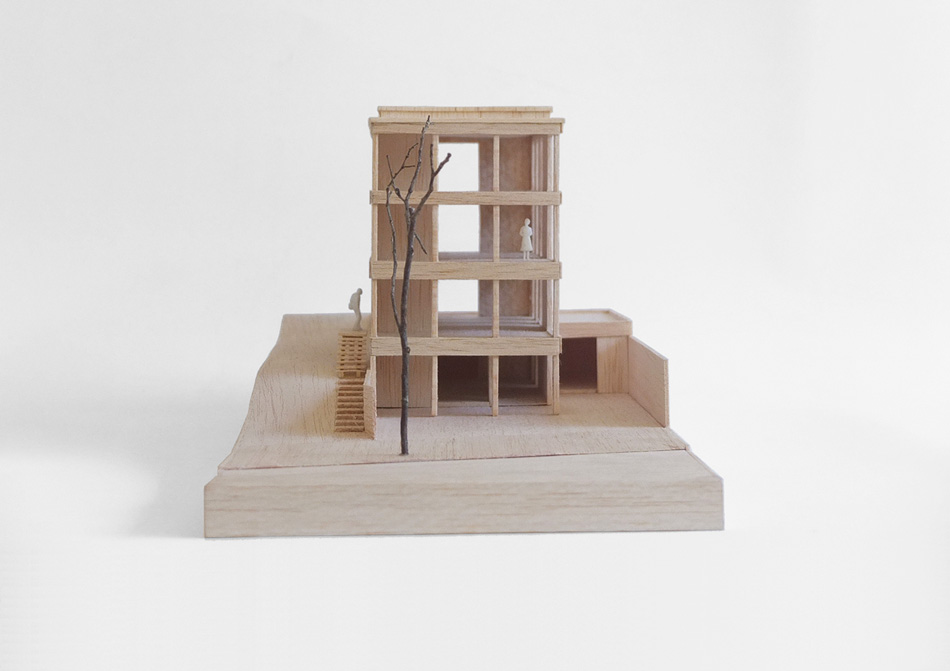 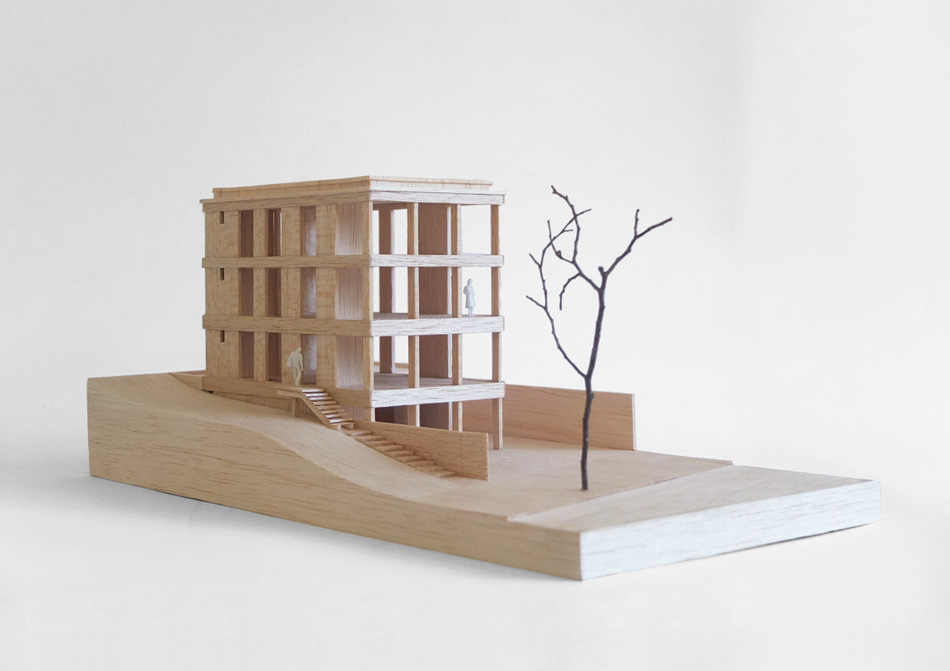 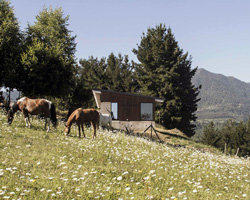