a first look at the major rail project in the UK show crossrail design’s new line for london and the south east, through a network of 42km of new tunnels and the construction of ten new stations, with improvements to existing infrastructure.

estimated to cost £14.8 billion, construction began in 2009 at canary wharf, and is now almost 75% complete. the new railway, which will be known as the elizabeth line when services begin in 2018, will be fully integrated with london’s existing transport network and will be operated by transport for london. new state-of-the-art trains will carry an estimated 200 million passengers per year. the new service will speed up journey times, increase central london’s rail capacity by 10% and bring an extra 1.5 million people to within 45 minutes of central london. 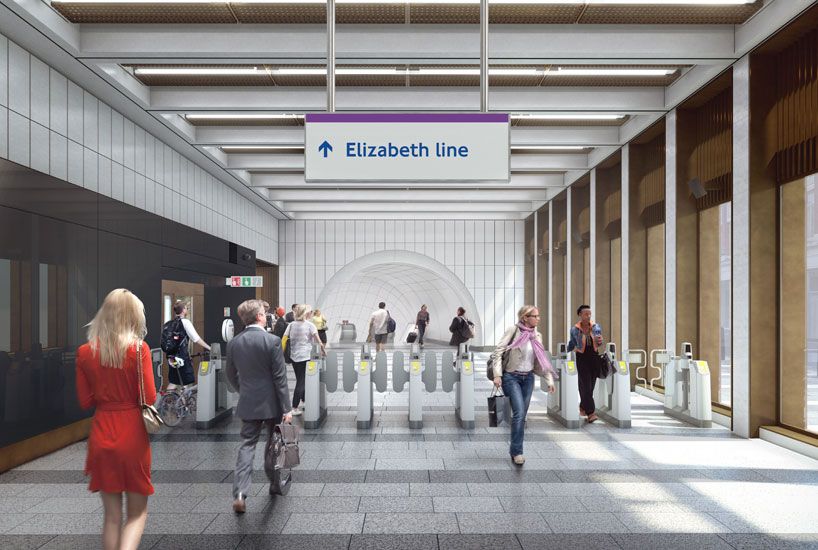 the new railway, which will be known as the elizabeth line when services begin in 2018
image © AVR london

each of the new stations will have its own, distinct character, conceived by different architects and will each reflect the environment and heritage of the local area. for example, the new elizabeth line station at paddington will echo the design legacy of brunel’s existing terminus building, while the new farringdon station will reference the historic local trades of blacksmiths and goldsmiths, as well as the distinctive architecture of the barbican. 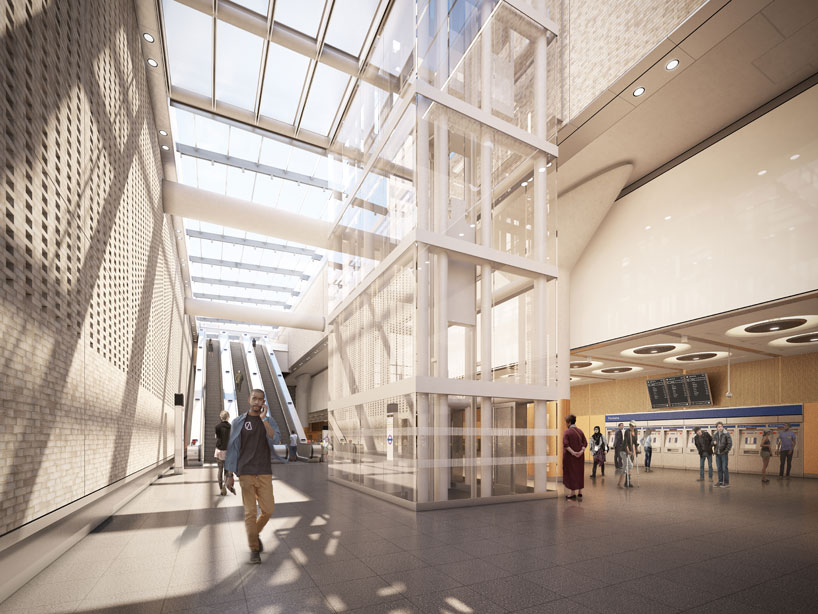 architecture firms such as Aedas, john mcaslan + partners and wilkinson eyre have participated in the designs

furthermore, at platform level, common design components such as seating, signage and full-height platform screen doors will create a consistent and familiar feel to the rest of the tfl network. this common architecture will accentuate the curved, sweeping passageways created during the construction of the tunnels. 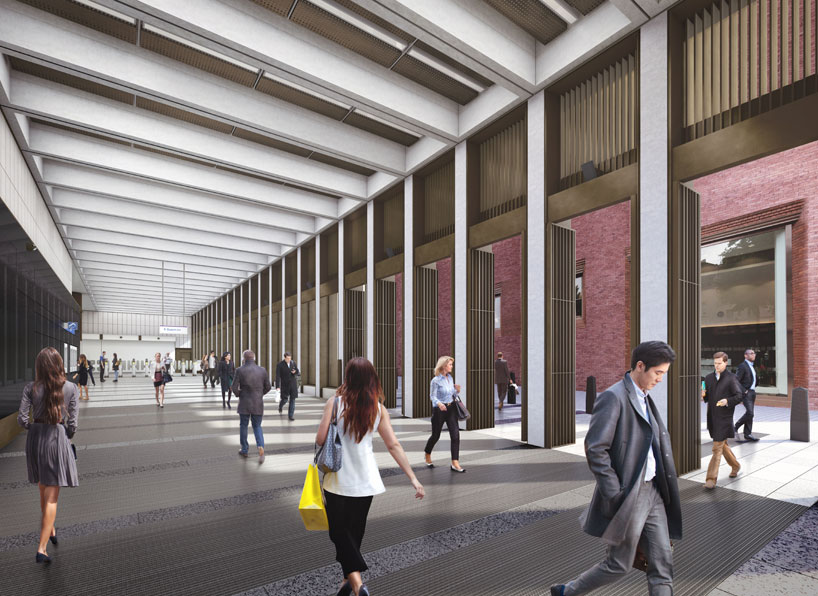 the new designs are on display in a new free exhibition at the royal institute of british architects (RIBA) alongside architectural components destined for the stations. the ‘platform for design’ exhibition will give an insight into the design of the new railway, its stations and public spaces. 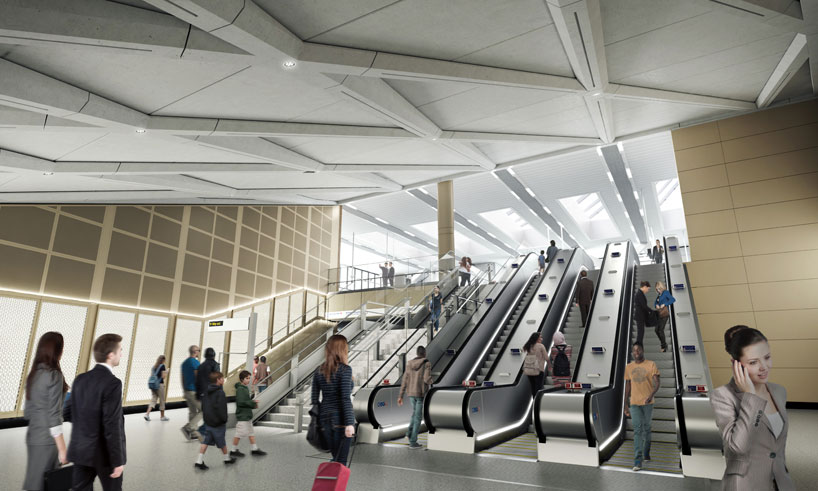 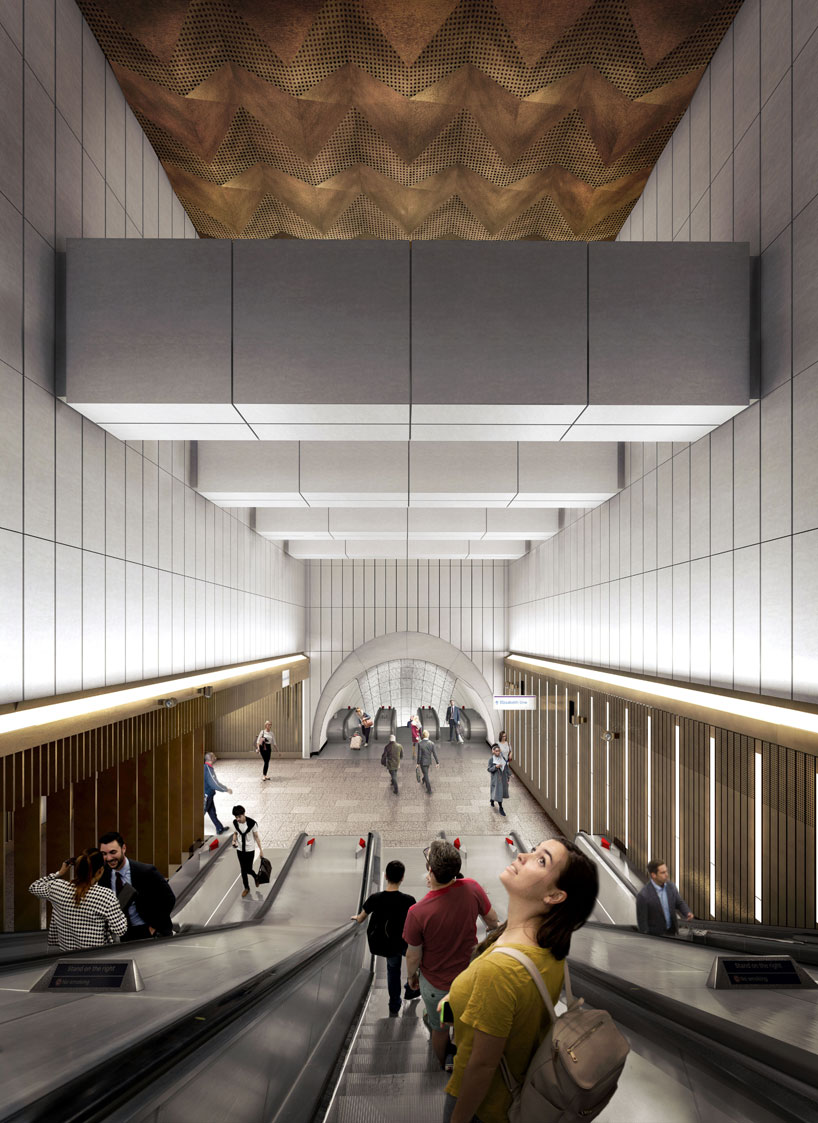 material from excavations has been beneficially reused; low-energy lighting will feature in stations and tunnels 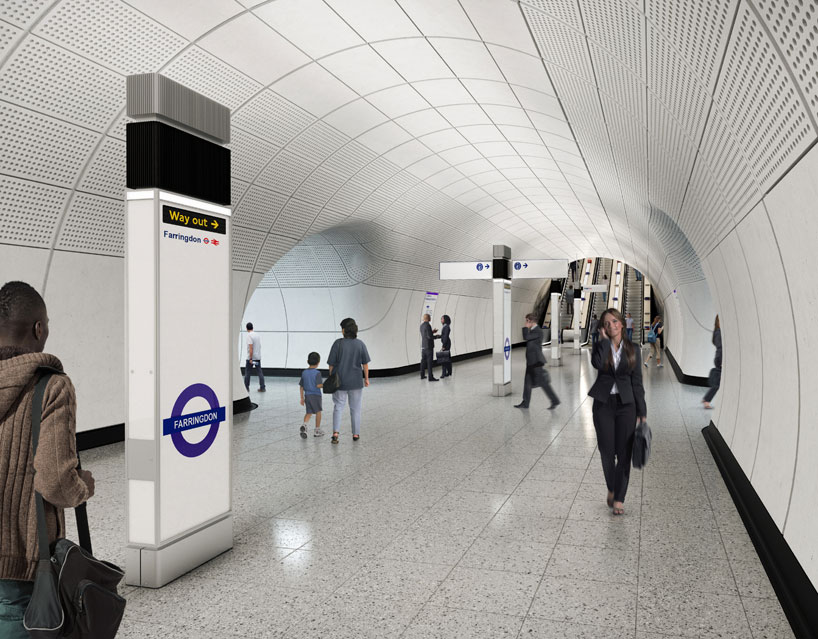 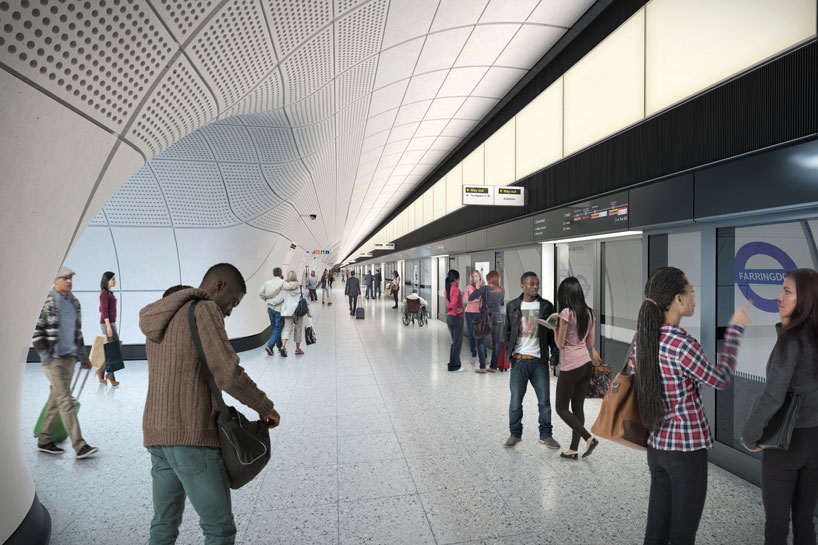 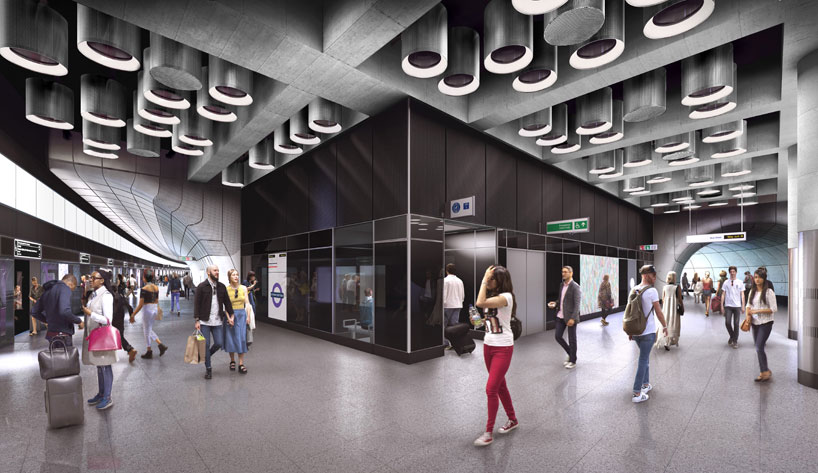 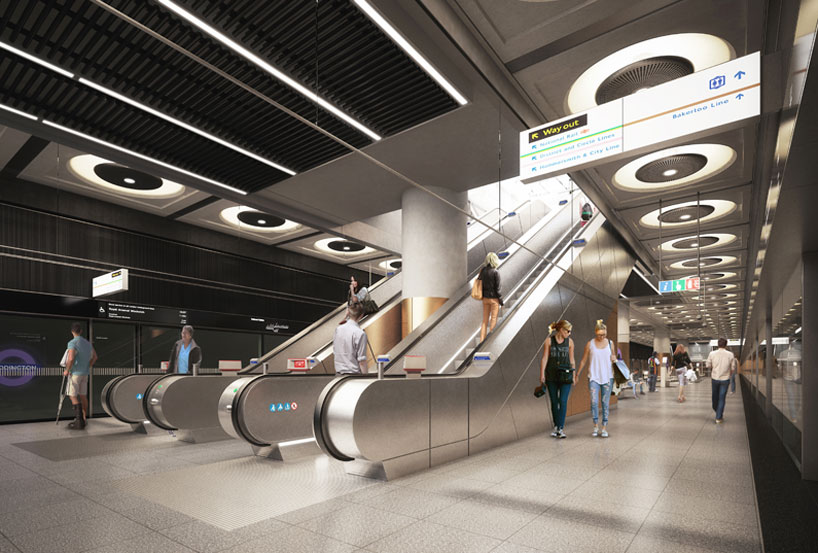 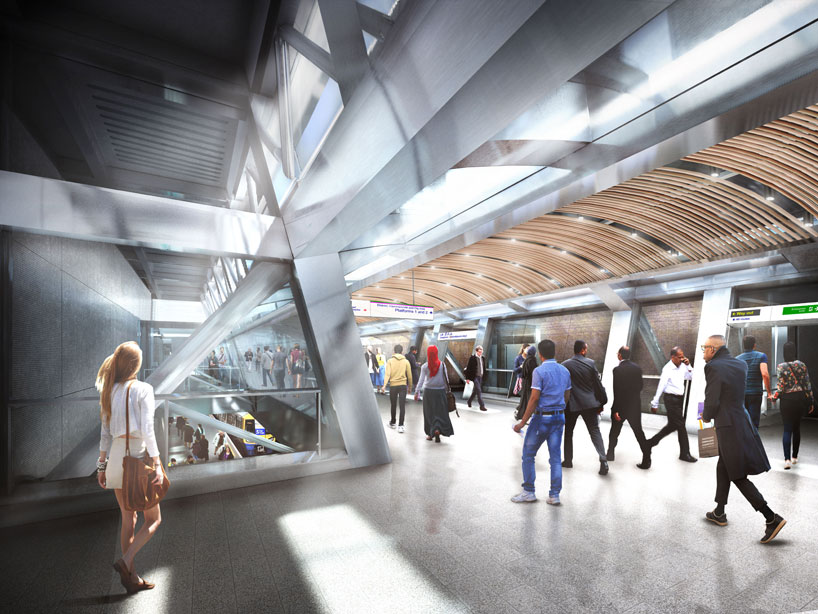 on the outer sections of the route, 30 existing stations are being upgraded for elizabeth line services