a distinctive residence has been designed to fit between the trees on a wooded site near lyon france. named ‘the cylinder house’ by cyril lancelin of town and concrete; the imagined dwelling is characterized by a single shape that has been repeated to form the structure: a cylinder. 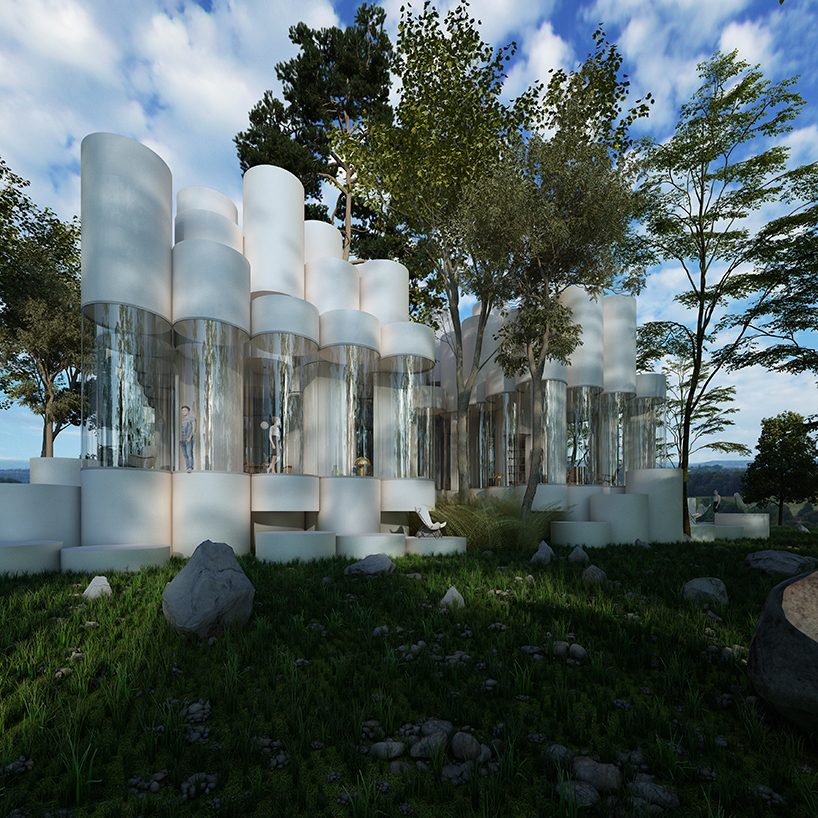 all images © town and concrete

the series of tubes with glass cores form the open-plan interior. as there are no defined corridors, inside, the varying heights of the tubes have been used to establish the partitioning between each space. on the outside, the house appears as a cluster of cylinders to form the undulating and transparent envelope. ‘this system of cylinder juxtaposition allows to enlarge the house but also to have a blurred outer delimitation of the house with its context.’ comments cyril lancelin. 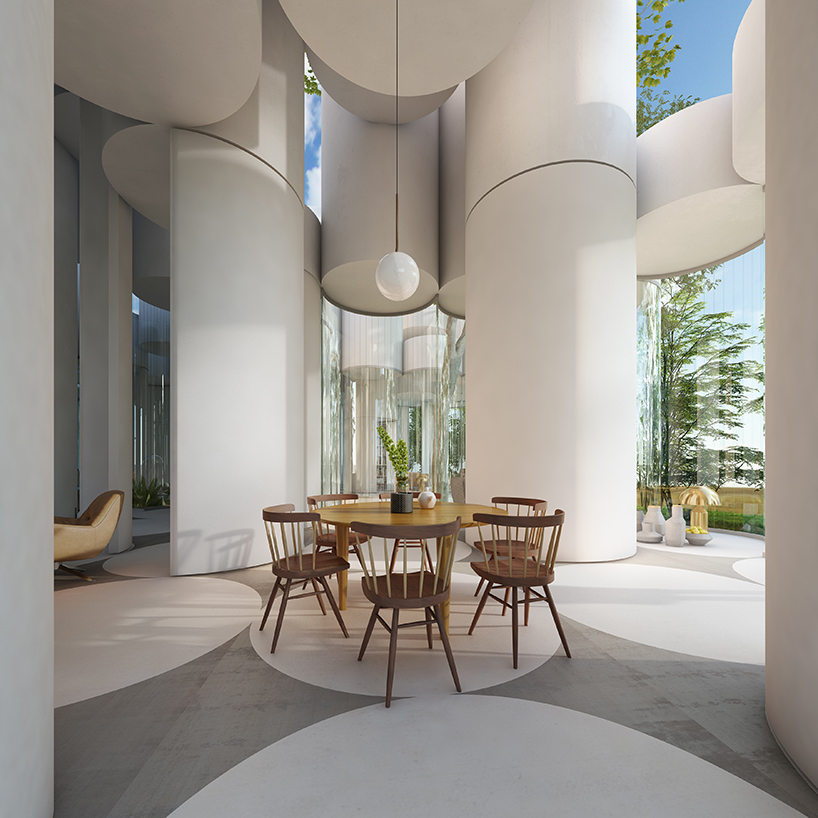 as well as the ‘cylinder house’, architect cyril lancelin has also envisioned temporary structures including a bright pink balloon pavilion and a green chapel made of spheres. 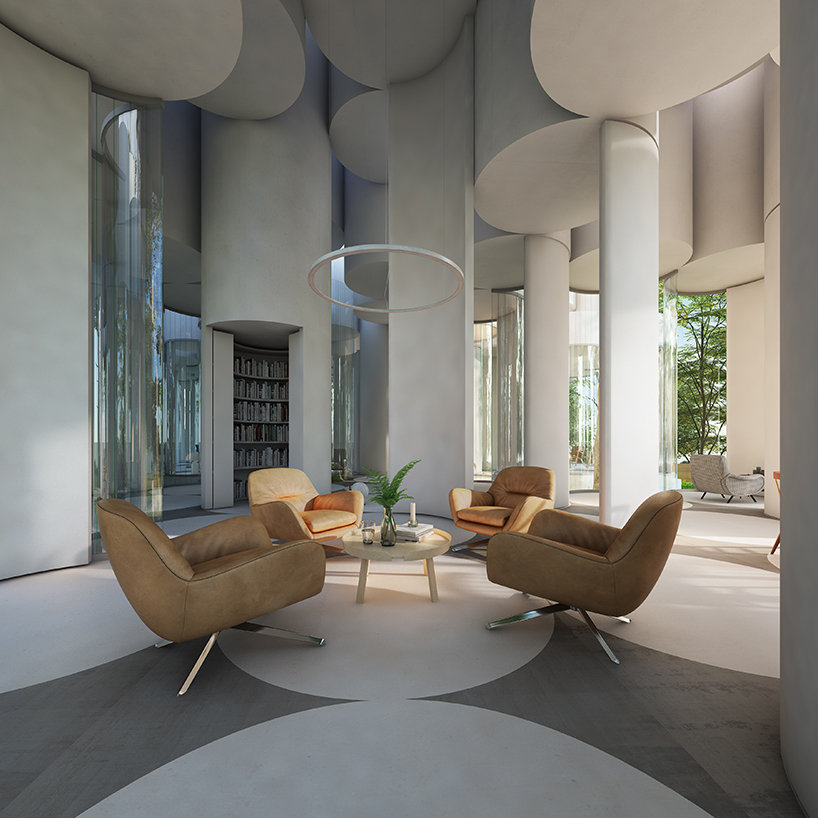 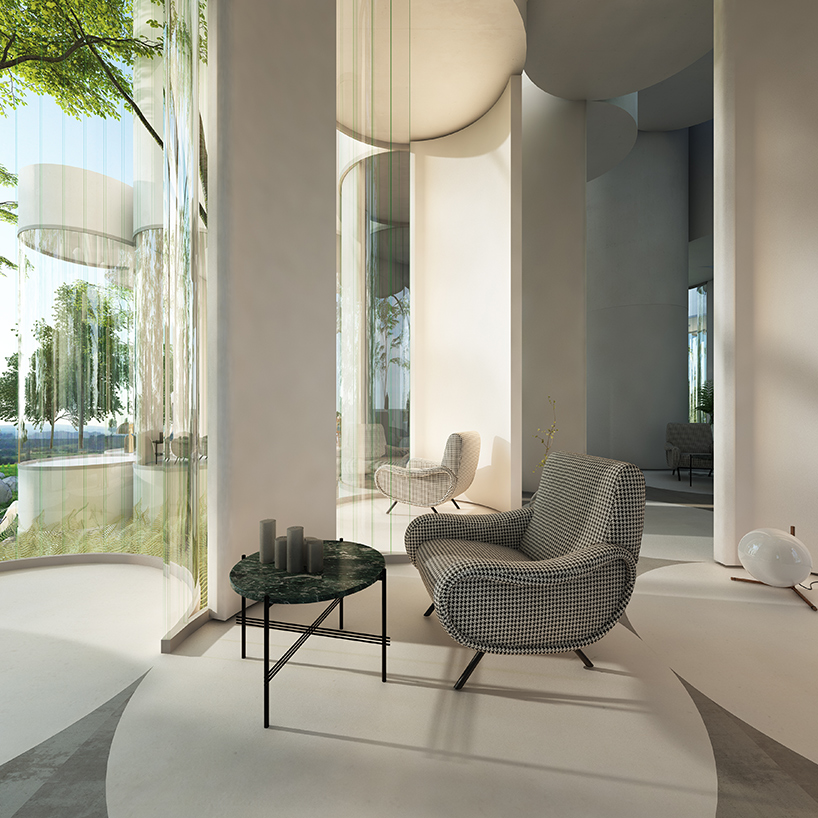 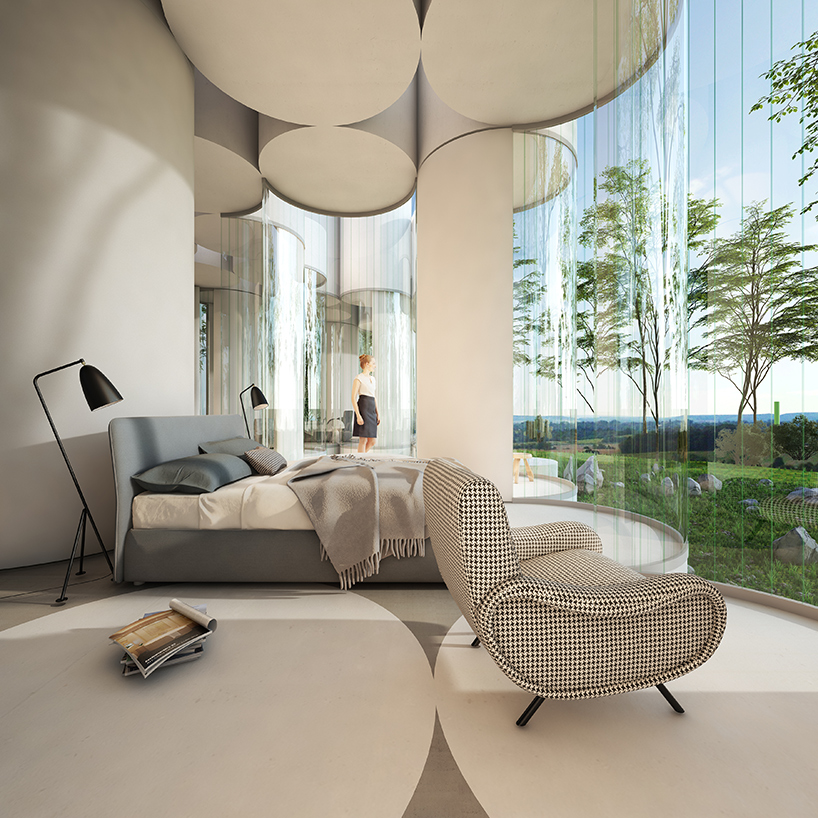 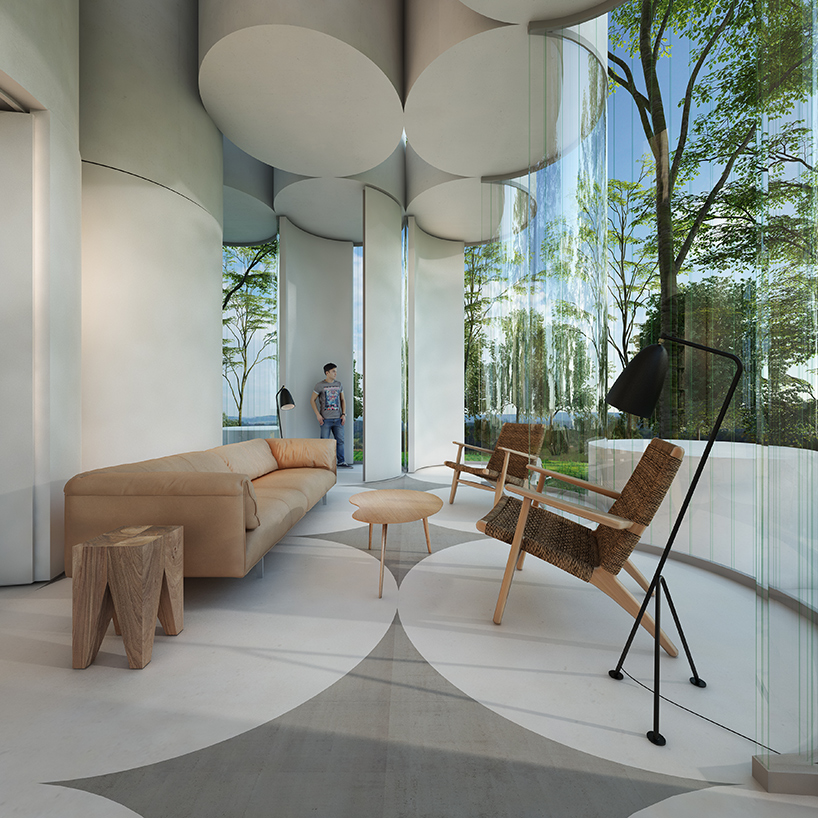 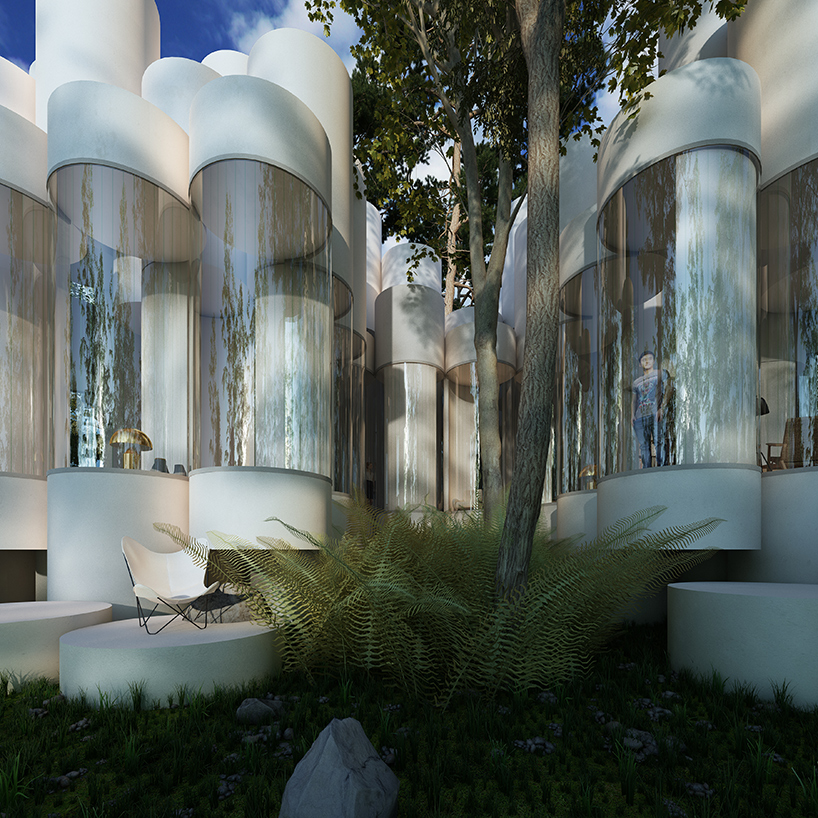 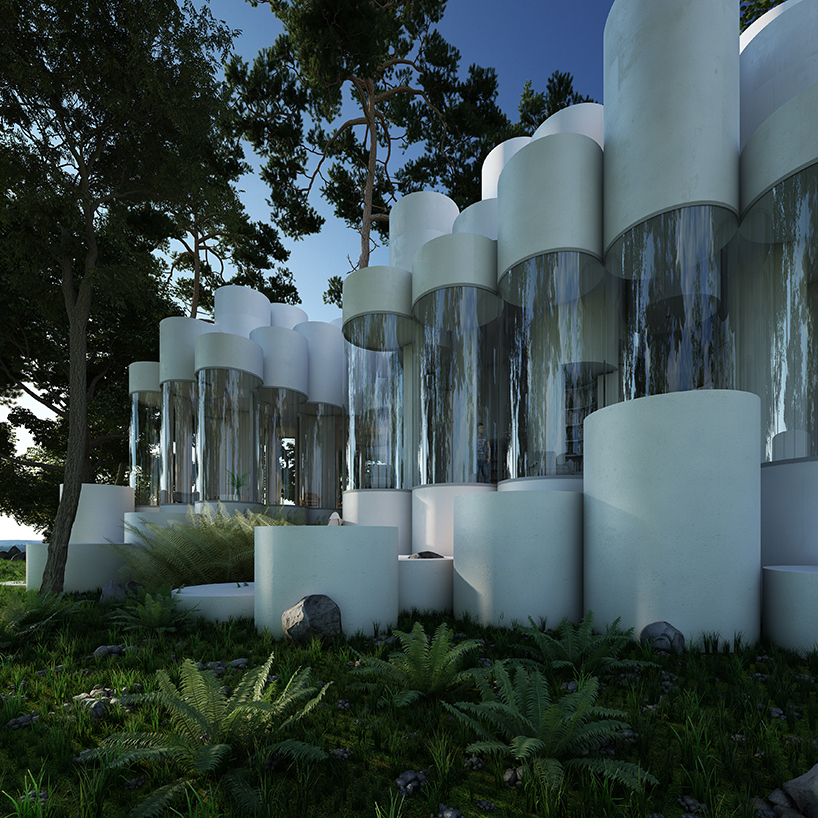 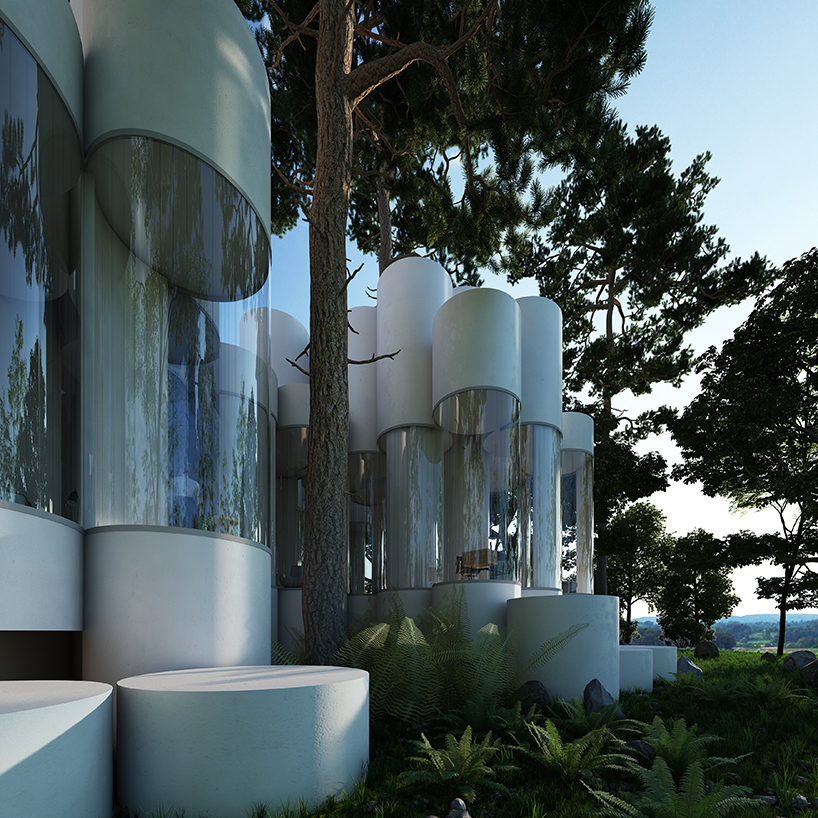 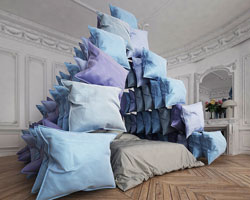 Apr 16, 2020
cyril lancelin imagines a pyramid of pillows as the ultimate symbol to stay home 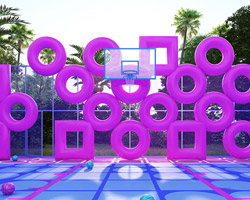 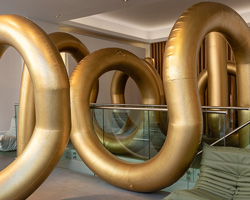