venice architecture biennale: titled ‘care for architecture: asking the arché of architecture to dance’, the czech and slovak pavilion examines and questions the struggle for maintaining, reconstructing and renewing of soviet-era architecture built in 1969–1979. the exhibition focuses on the slovak national gallery located in bratislava which was designed by architect vladimír dedeček in the 1970s. 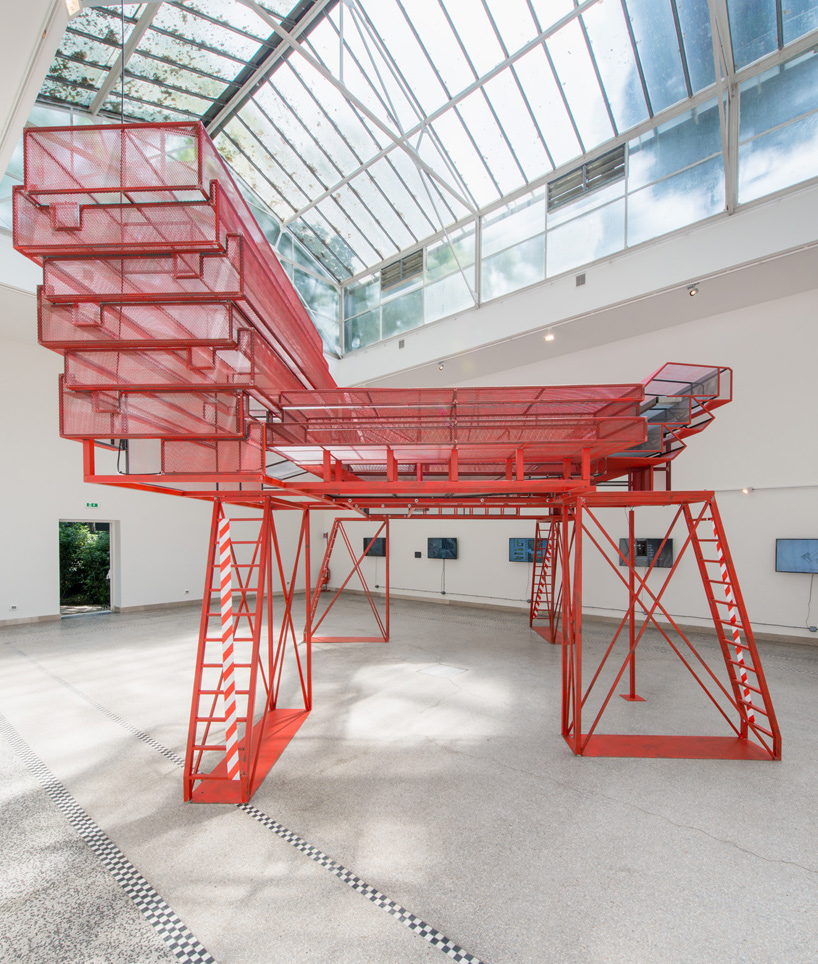 set in the center inside the czech and slovak national pavilion in the giardini, an abstracted but recognizable replica of the slovak national gallery has been erected. visualized as a red scaffold-like structure, the installation has been elevated to allow visitors to meander through and under and gain a new perspective. meanwhile, TV screens have been placed around the pavilion to mediate various public, artistic and architectural responses to dedeček’s SNG area project. 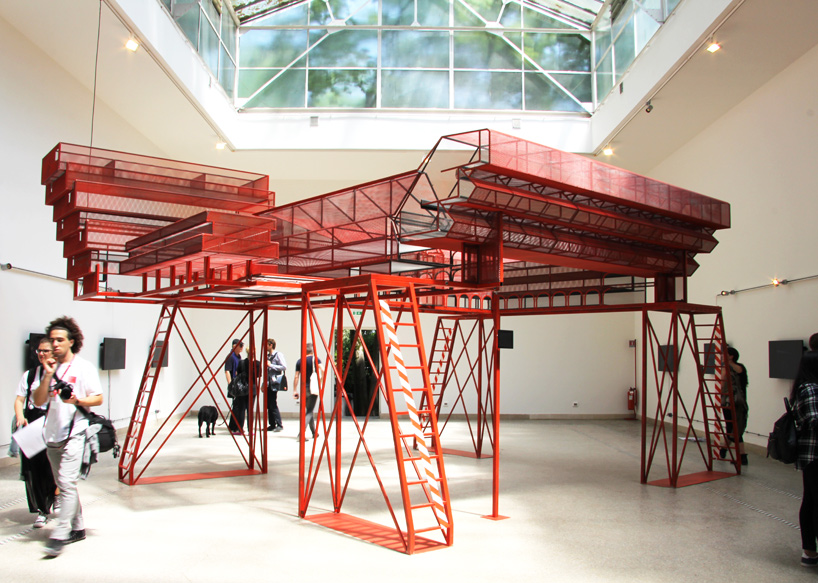 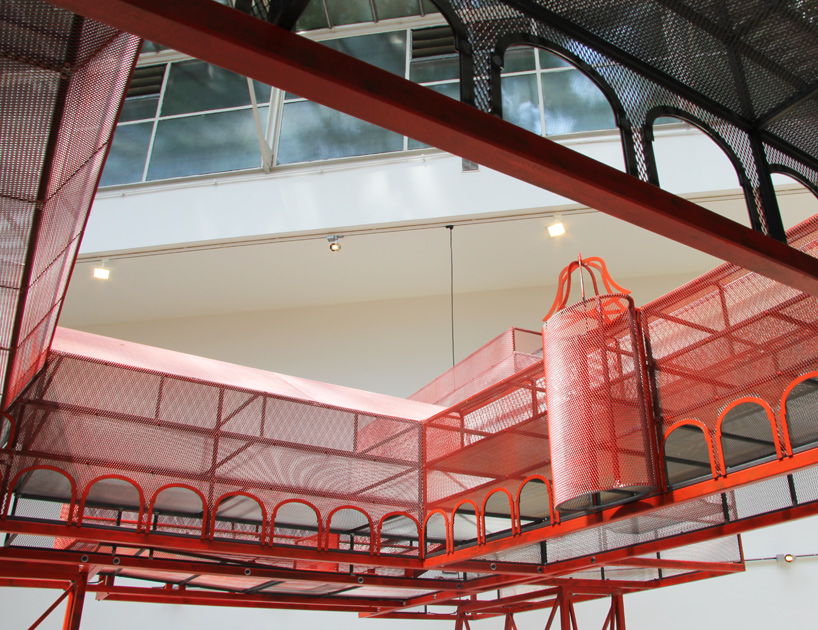 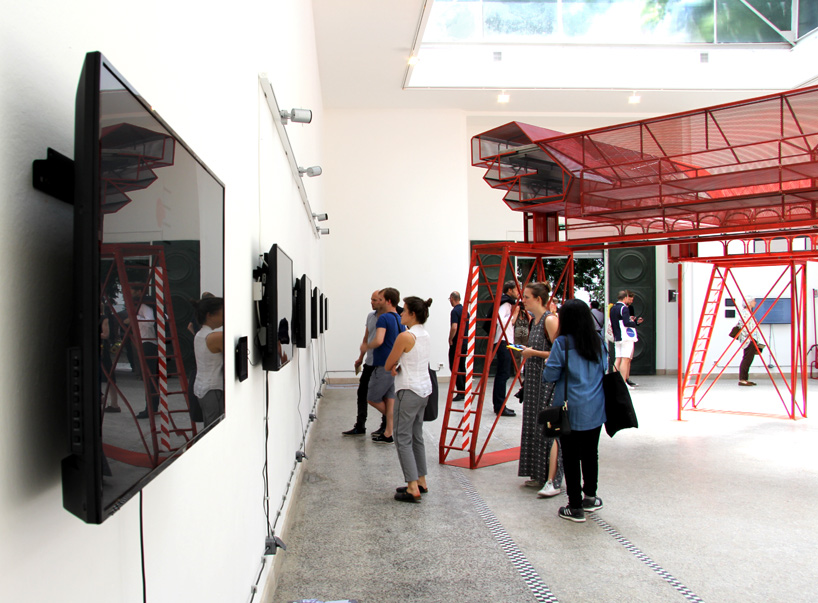 the screens are set around the pavilion space
image © designboom 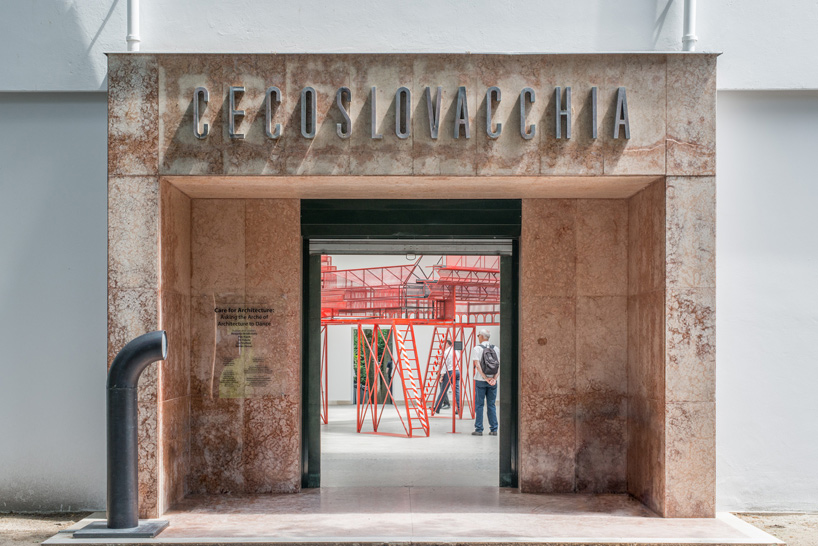