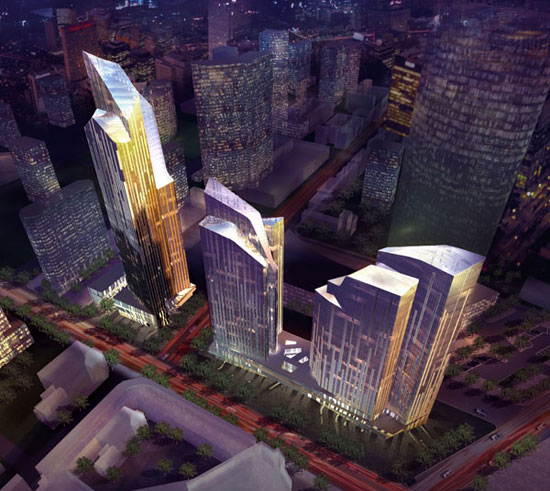 graft architects designed the ‘dalian daily’ residential and commercial towers located
in dalian, china.  the residential towers focus on vertical volumes. each of the towers
are composed of multiple vertical panes, which break off at the peaks like glass shards.
these sharp edged and twisted tower peaks will provide ever changing light and reflection
sensations by the movement of the sun. 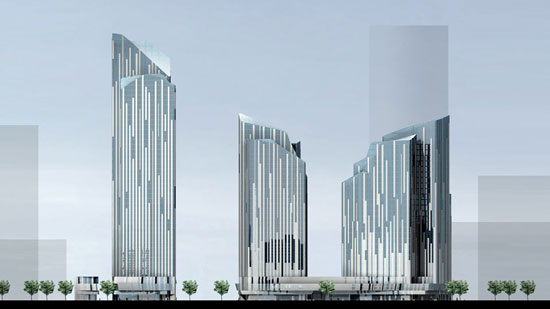 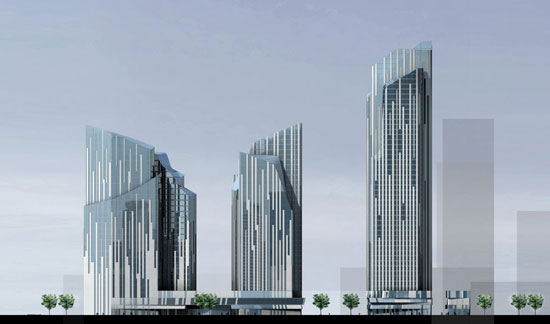 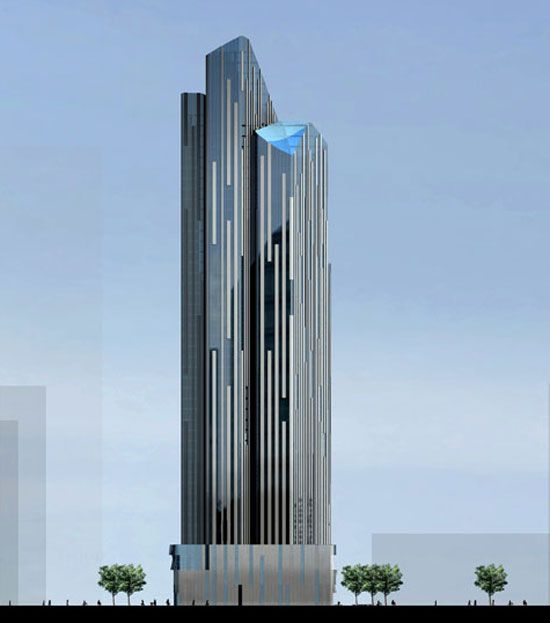 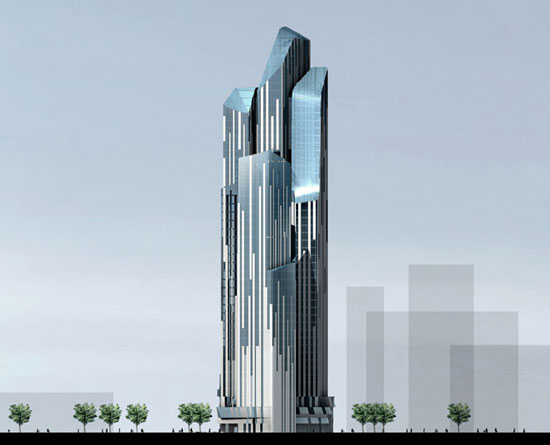 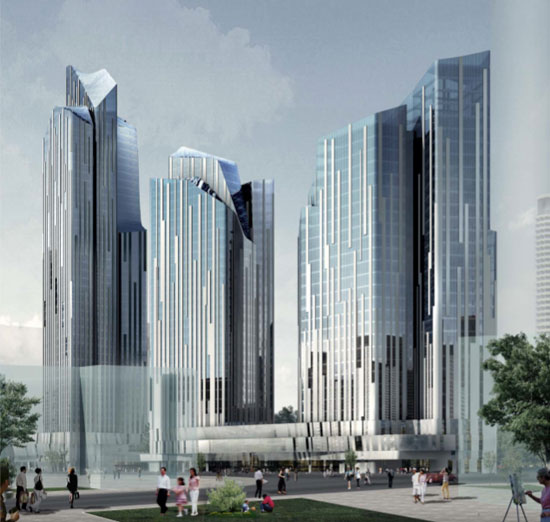 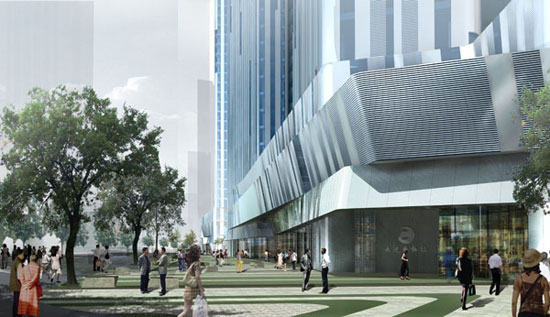 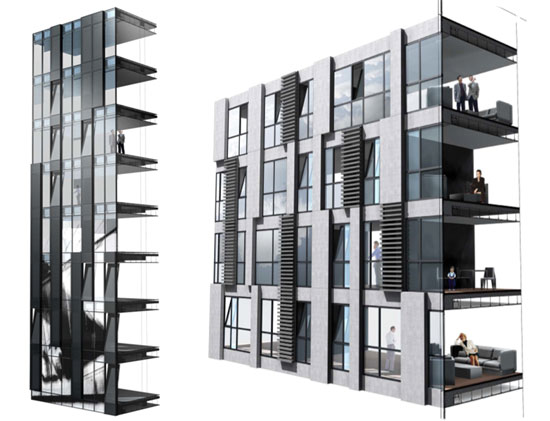 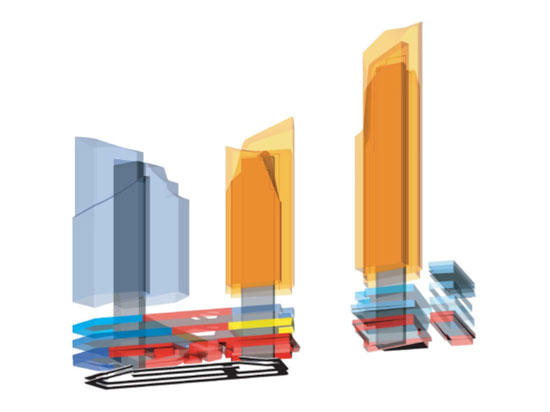 sunlight reflection of the building at various times of day

‘sakanela urban landscape’ is another project graft architect’s have been working on.
the site for the mixed-use project fronts the mtkvari river and is framed on another side by
an existing park. the location offers river views and pedestrian access to the georgian capital’s
city center.

graft’s proposal lines javakhishvili street at the upper edge of the site with a continuous row
of buildings, bracketing the community from car traffic and directing views towards the river.
two snaking buildings constitute the other edge, rendering a permeable border at the riverside
and connecting the surrounding area to a private inner park.

a high-rise residential building at the intersection of the site’s bordering roads provides the
development with a landmark feature and marks the end of the galaktioni bridge, one of the
few roadways linking this side of the river to downtown tblisi. the complex becomes part of the
foreground to views of the snow-capped caucasus mountains.

311 apartments of various sizes share the site with high-quality retail areas and office spaces
on the lower floors. All apartments afford views towards the river or surrounding park area. 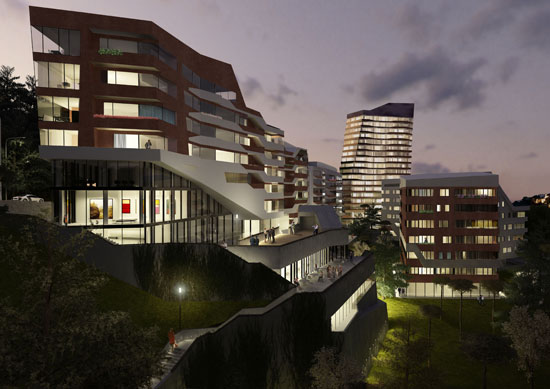 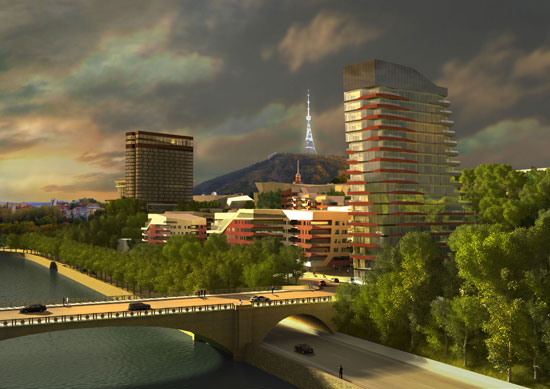 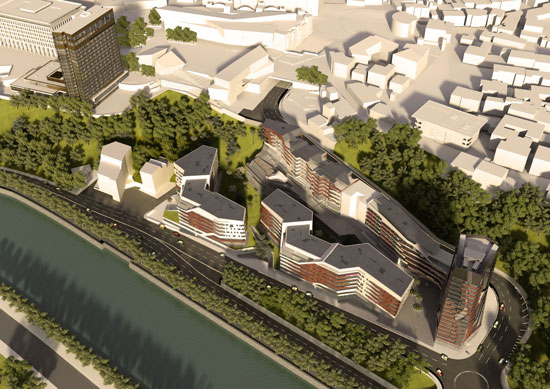